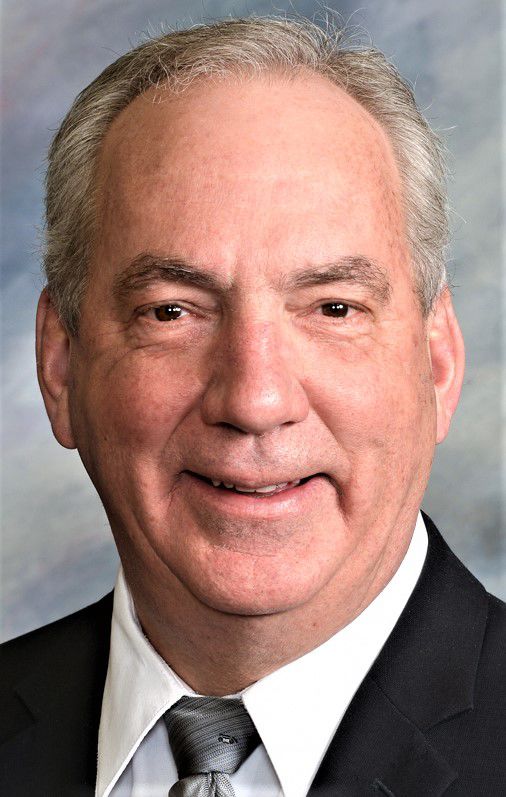 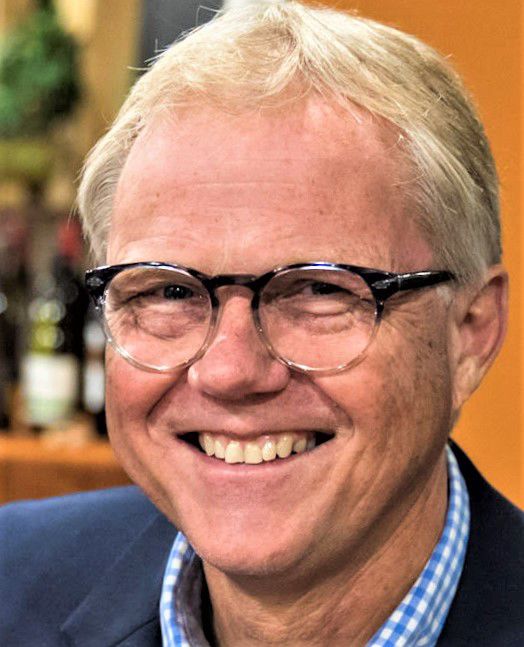 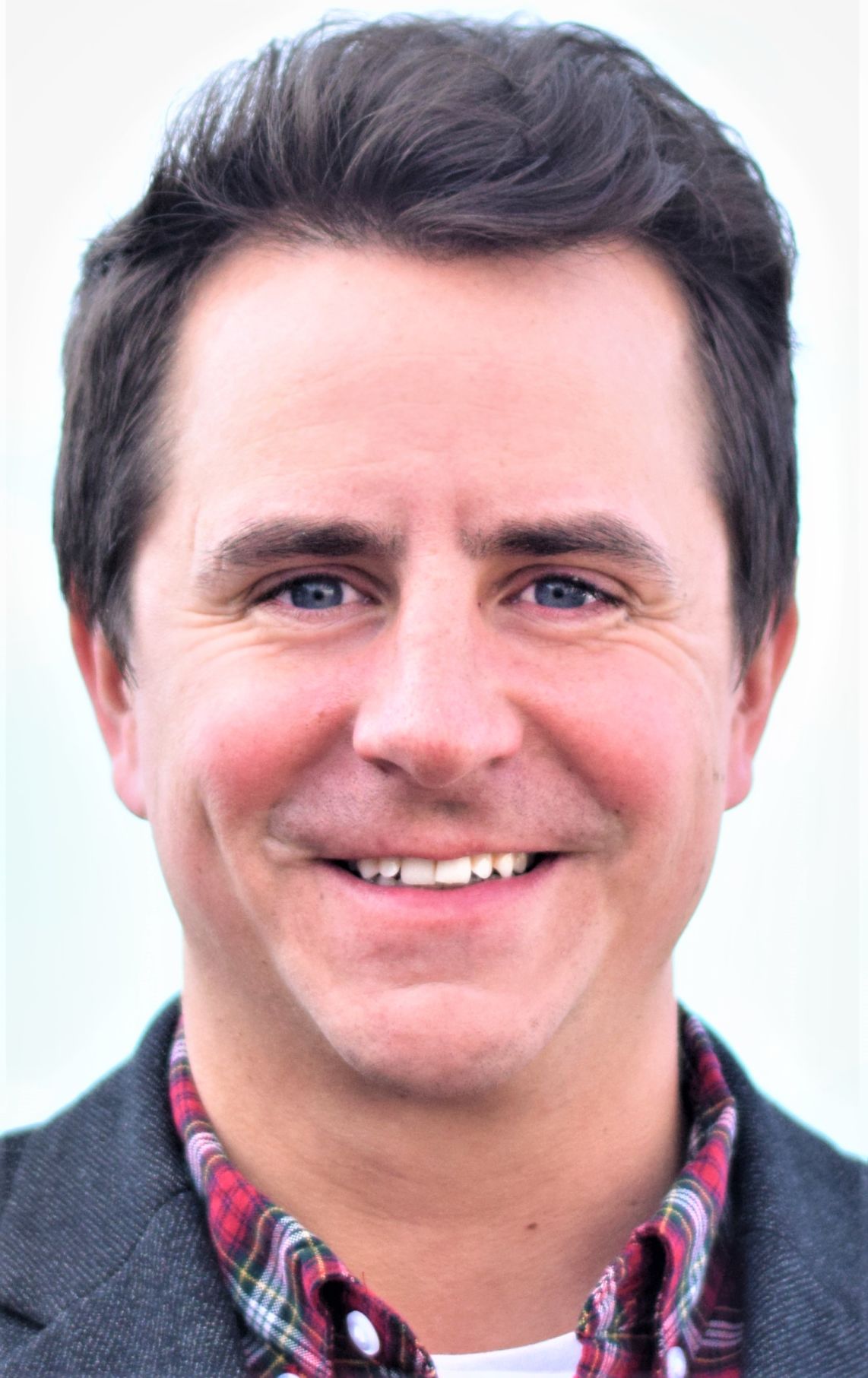 Will Mortenson of Pierre 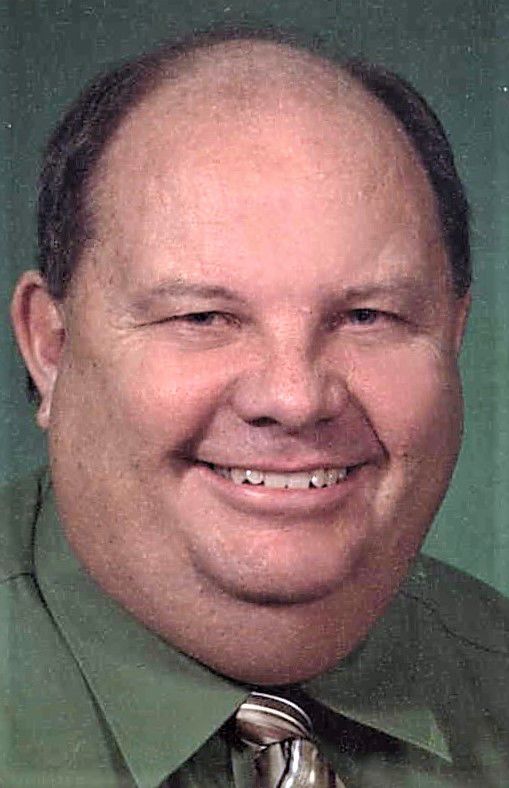 Will Mortenson of Pierre

Six people are running for the South Dakota House of Representatives in District 24, which includes Hughes, Stanley, Hyde and Sully counties, in the June 2 primary election.

The Republican candidates include incumbent Jeff Monroe of Pierre, Noel Chicoine of Pierre, Will Mortenson of Pierre, Mike Weisgram of Fort Pierre, and Bob Lowery of Pierre. There are two open seats, because current Rep. Mary Duvall of Pierre is instead running (unopposed) for the District 24 Senate seat.

The two winners of the Republican primary will face Democratic candidate, Amanda Bachmann of Pierre, in the general election for the two District 24 Representative seats. Bachmann is unopposed in the Democratic primary.

The South Dakota Republican Primary Election is open to only registered Republicans. It is also open to absentee voting.

Each Republican candidate addressed the same four questions. Their answers are presented in the order their names are on the ballot.

What makes you qualified for this seat?

I reflect the values of the majority of the district and state (both social and fiscal) including Second Amendment rights, low taxes, life issues and property rights. I’m accessible; I return calls and listen, and act. I’m willing to accept input and advice, and use it. I have decades of experience going back farther than any other legislator. Legislative friendships and influence goes with that. I have a historical understanding of hundreds of issues presented to the Legislature each session, and have worked with them.

I’ve been a physician for 39 years — using research, continued learning, and facts to develop solutions. This includes consulting experts in various fields. As an equal member of a team, as well as a team leader, I expect and respect the input of others. A legislator needs to research the problems and get opinions of various experts, to work with other legislators, get legal counsel, and then work with support staff to enact the legislation. The respect and friendship I have from patients and staff is evidence to my ability to work with others at all levels of the process. Owning and running a business, I understand finances, staffing, and public opinions.

I have broad experience in state-level policy. I worked on agriculture, education, and workforce policy for Gov. Dennis Daugaard for several years. I also have broad life experience. I work two jobs — as a full-time attorney practicing estate and business law and as a part-time cow hand on our cow-calf operation in Stanley County. I am a husband and father to a 2-year-old son, Augie. I serve our community through membership in Rotary and the Oahe Shrine Club. I also serve on the Capital Area Counseling and Boys & Girls Club boards of directors. I have the experience — in life and in policy — to make a difference for District 24.

As a voter, I try to conclude which candidate represents my values and judgement. Do they act in a responsible manner? In the public forum, who has demonstrated integrity, honesty, and genuine respect for their fellow citizens as well as moving the state forward? Who can commit their time, talent, and vision to District 24? My resume includes being a salesman, manager, and owner of a long-time business in Pierre. I am a current city councilman in Fort Pierre, president of my homeowner’s association, on the Governing Board of Avera St. Mary’s, and active in my church (St. John’s Catholic Church). I am a lifelong resident of Pierre/Fort Pierre, married for 41 years, father of two children, grandfather of six. I am faith and family-centered, with community service and betterment a priority.

I have spent 43 years in education as a teacher, coach and athletic administrator, 18 of those as assistant executive director of the South Dakota High School Activities Association. My previous experience has provided me with valuable experience I believe will benefit me in the Legislature. I would consider education and the Legislature both as public service. It is all about developing positive relationships with people. I believe history will show I can bring various groups together to discuss important issues, develop those relationships, and arrive at a solution that benefits everyone.

What are your plans to bring in more jobs and affordable housing?Monroe

I was on the affordable housing summer study a couple of years ago. We concluded with the contractors that instead of raising taxes it would be better to eliminate expensive red tape and legal requirements which would make them able to build without such horrendous start-up expenses and be able to decrease payments for the tenants.

We don’t suffer from a lack of jobs; we suffer from a lack of adequate income. Even with an unemployment rate of 3.3% back in March, 21% of our residents make under $30,000/year, and 71% make under $40,000/year. Residents with technical or college degrees are at a wage disadvantage compared to other states. We need to focus on cost-effective quality education for higher paying jobs. We need to promote to higher-paying businesses our state’s work ethic, educated population, and quality of life. There are lots of empty rental apartments available, and home sales have been slow. It costs $70,000-100,000 per apartment to build a rental complex. The landlord needs at least 10% of that in rent yearly. I’m not in favor of tax incentives to build low-cost housing or to subsidize rents. We need to increase salaries so citizens can afford available housing.

South Dakota has always done a good job of keeping taxes low and regulations reasonable. I’ll fight to keep it that way. If we let property taxes runaway, then home ownership will be made more difficult. If we increase the sales tax, our workers will have less take-home pay and will seek employment elsewhere. In short — I do not believe there is a government program for every problem. South Dakota can add jobs and housing by keeping our business climate strong.

Jobs and housing crossover in economic development. The pandemic-caused slowdown may reshuffle the deck somewhat. My plans are to encourage and expand current programs offered by South Dakota Housing and possibly incentivizing entrepreneurs and developers to create new housing developments. Modular and prebuilt units contribute to the solutions. Locally, the empty lots the Corp of Engineers own (because of buyouts) frustrate me, as they could be used as sites for no-basement modest homes. The state and municipalities must partner with private builders/developers to make new and existing home sites available and affordable.

I have never considered myself as a person with all the answers and have always leaned on others with more experience in certain areas before making a decision. I would work with the (Governor’s Office of Economic Development) and local communities to identify potential manufacturing and industry which will differ in various parts of the state, thus bringing more jobs to the state. As far as affordable housing, I would work to bring various groups together including, local city leaders, developers, citizens and the Housing Development Authority to designate areas within the various municipalities where low-income housing could be built thus creating new neighborhoods within the community.

How is the state going to make up for the downfall in revenue because of the COVID-19 situation?Monroe

I would wait, and see if and how much South Dakota is short. I would not raise taxes because people are giving enough and are financially stressed already. (Gov. Kristi Noem) is doing a wonderful job of working with the federal agencies on this issue, and I would like to see that play out. Nobody really has enough information to make a decision on this.

There has been a drop in many areas of taxes. But, there has been an increase of sales tax from electric, gas, sanitary suppliers, food stores, and home improvement. The overall deficit in general revenue for April (was) only $18.1 million from predicted. We have financial reserves that can at least partially make up for it. We need to wait for any special legislative session; see if it is necessary. Even with more efficiency, we may need to cut some services. But I don’t think it is going to be as bad as many of us originally thought. We don’t yet know what the cost to the state is going to be due to the crisis-increased unemployment.

Fiscal prudence. We have always been a state that takes balanced budgets seriously. In difficult times, that commitment will be tested. The federal government has allocated over $1 billion to our state for COVID response. Unfortunately, the federal government placed strings on the funds so that they can only be used for Public Service Announcement ads and other expenses directly related to COVID. In these times, we don’t need more PSAs. We need to pay our teachers and state employees, fix our roads, and keep our nursing homes open. I hope the federal government sees fit to cut the strings on those funds to soften the blow of revenue decline.

Unfortunately, business contraction is painful and difficult. I have been through a minor version of that and a combination of cost cutting, postponement of investments, innovation, perseverance, and prayer gets you through it. Furloughs, tapping reserves, federal government assistance are all in the mix, so there is no easy or contrite answer. Though, never count out the resilience and drive of the consumer. To better oneself is a fundamental characteristic. Super high interest rates, oil shortages, substantial stock market downturns, droughts and low commodity prices, wars, and scandals – all have been reckoned with and somehow the U.S. economy recovers. Our free market economy and consumer will respond as confidence, risk tolerance, and economic freedom and drive emerge and grow. There are better days ahead.

South Dakota has received $1.25 billion from the federal government as part of the stimulus package. The problem is there are too many restrictions on how the money can be spent. As of now the money cannot be spent on lost revenue. I know Governor Noem has been talking to (President Donald Trump) and the Department of Treasury about removing some of those restrictions. It would be my intent to help the governor and visit with Senators Thune and Rounds and Representative Johnson to gain insight on ways to go about removing some of those restrictions so the money could be spent where it is needed, lost revenue.