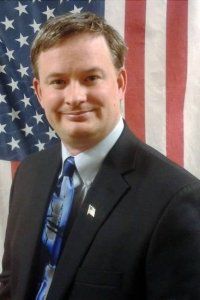 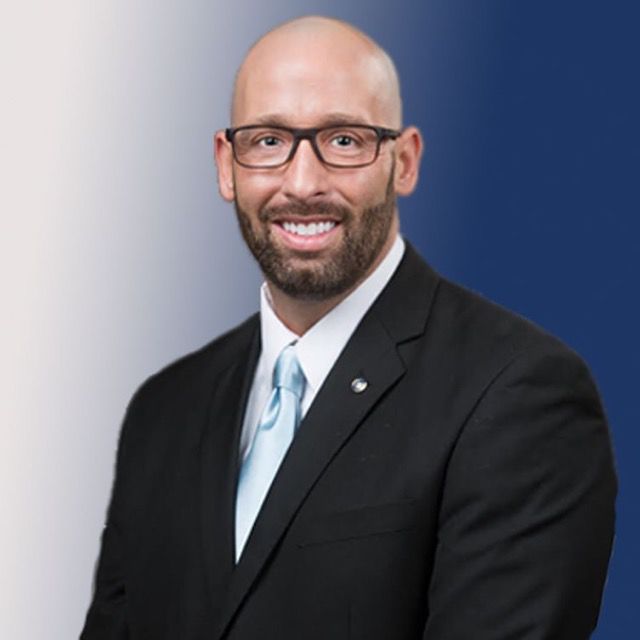 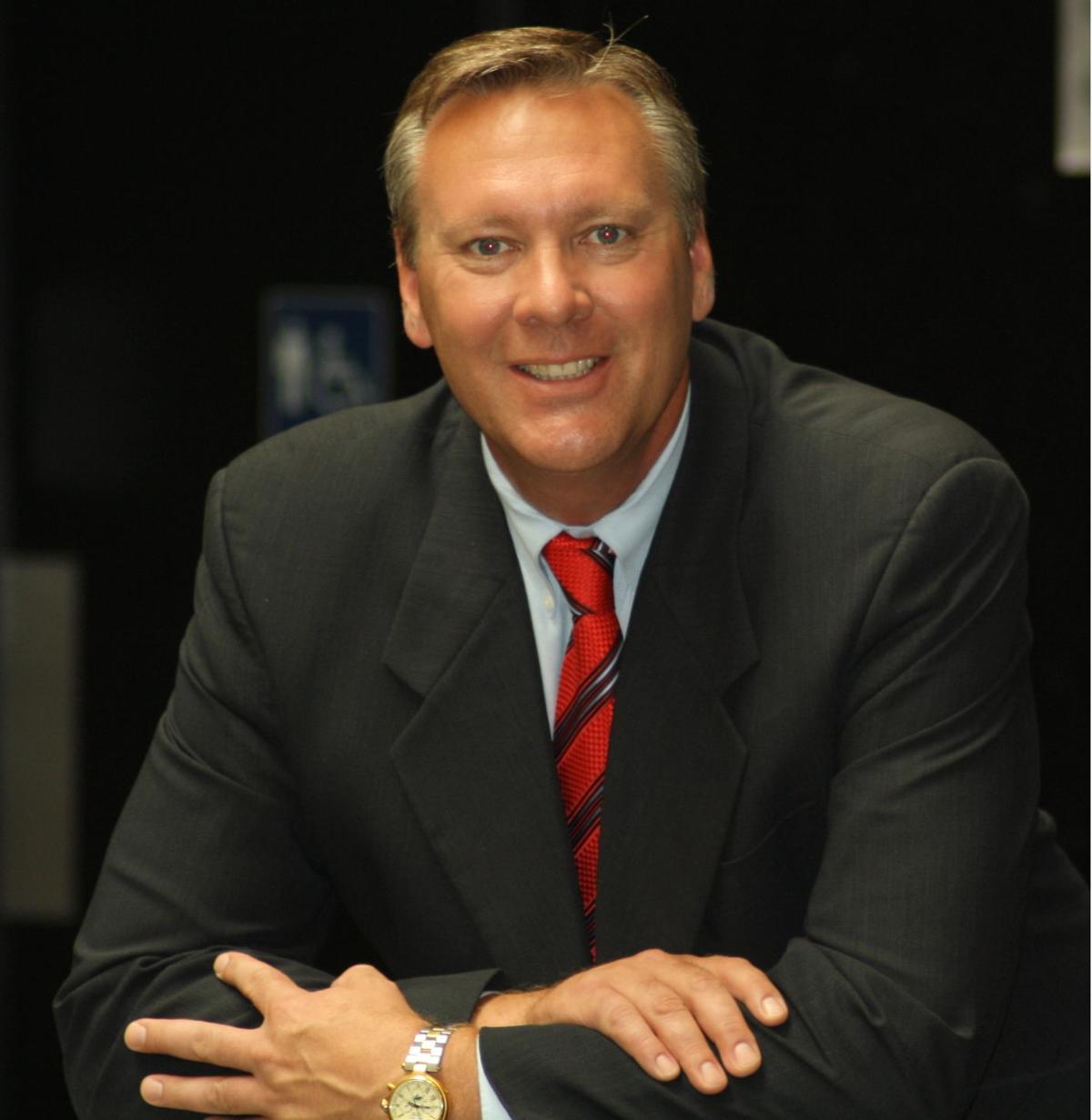 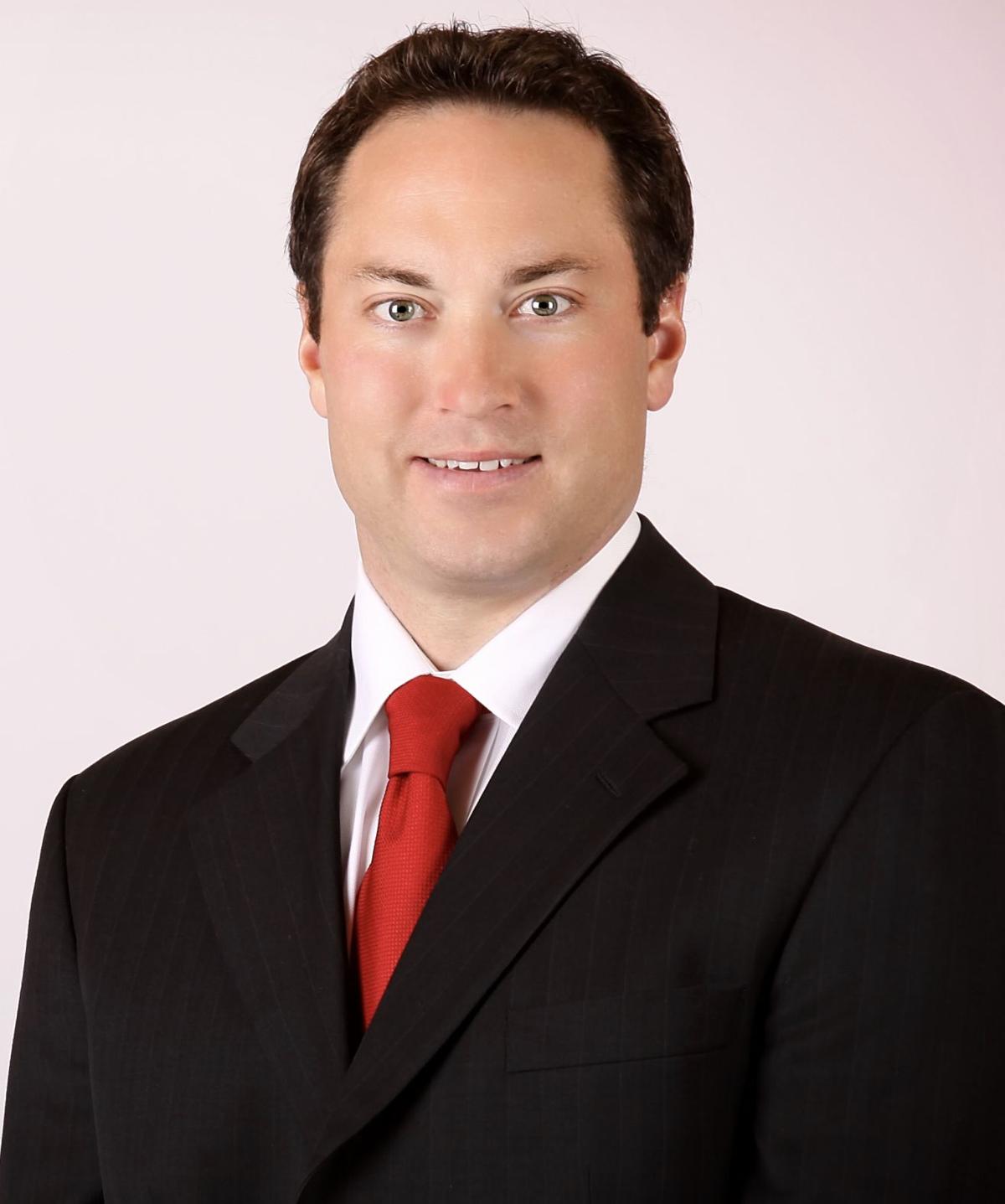 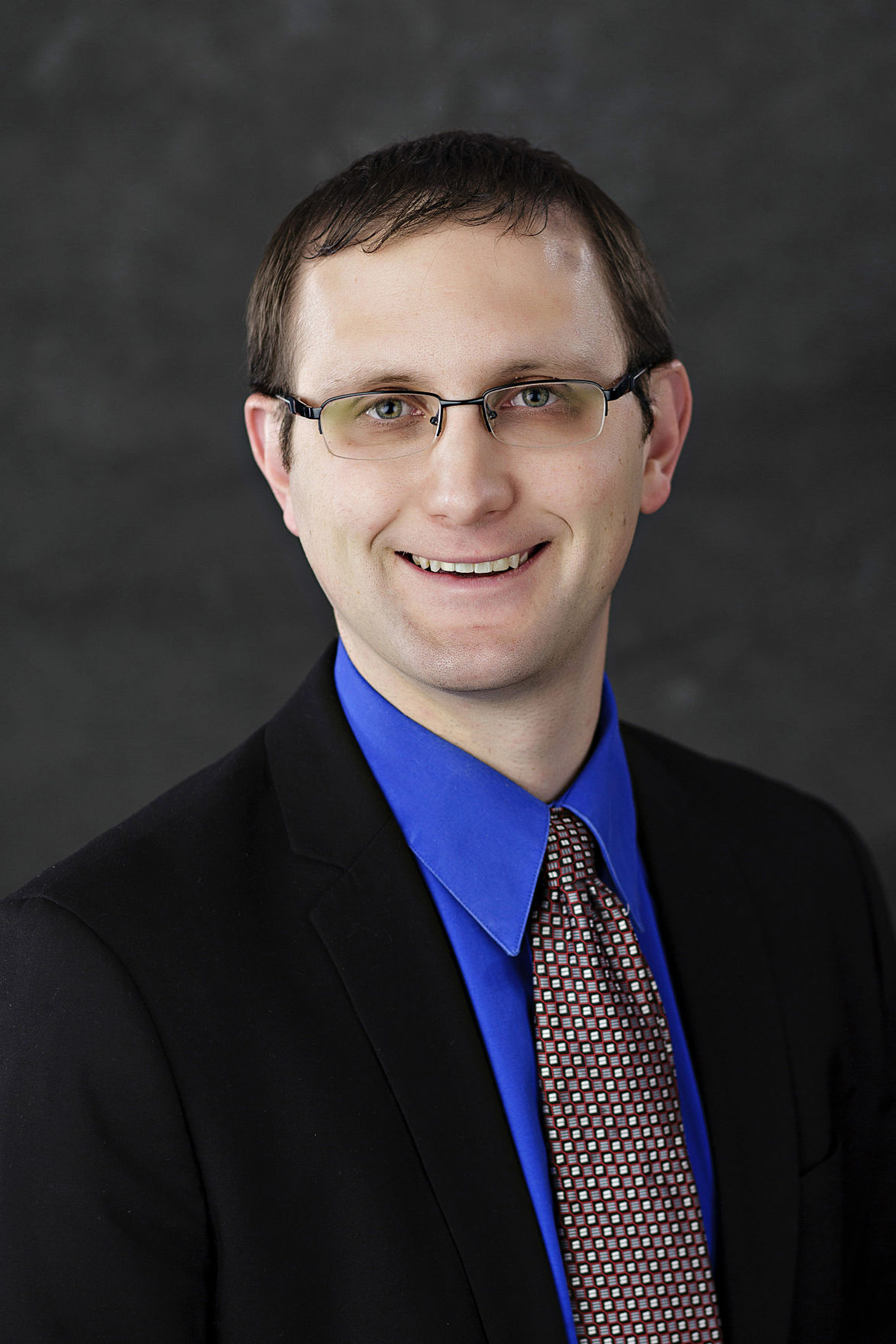 These officials are limited to two consecutive full terms. Their duties are separate from the legislative, executive and judicial branches of South Dakota’s state government.

As the newly elected South Dakota Attorney General, Jason Ravnsborg, of Yankton, has already chosen three key personnel, with at least three more being recruited before he officially takes office. Ravnsborg is taking over for outgoing Attorney General Marty Jackley, who could not run again because of term limits.

Faulk County State's Attorney Timothy Bormann will be Ravnsborg’s chief of staff. Bormann is also leading the transition team for Ravnsborg. “We are studying what the exact needs of the department are, to fill any other positions,” Bormann said. “At this point in time, we know some of the attorney positions will be open, I know of three coming up in January; and we are respecting the privacy of the people moving on. We are bringing in the best people for these positions.” Bormann added, “The transition is working smoothly with Ravnsborg leaving his private practice - a lot of back and forth. Everyone in Pierre has been exceedingly helpful. We’ll be hitting the ground running come January 7.”

Charles McGuigan will stay on as the Chief Deputy Attorney General, going from working with Jackley to working with Ravnsborg. McGuigan has been with the office since 1991, and has been chief deputy since 2007. He was one of the political candidates running against Ravnsborg for the Republican nomination for Attorney General, but ended his campaigning efforts before the statewide convention last summer. McGuigan first earned a bachelor degree in history in 1988 from the University of South Dakota, then graduated from the University of Montana School of Law in 1991. That year, he joined the S.D. Attorney General’s Office as an Assistant Attorney General in the appellate section. In 1993 he transferred to the natural resource section where he prosecuted and litigated environmental, natural resource and Indian law cases. In 1995, McGuigan also took on the duties of the Legislative Director for the Attorney General’s Office.

David Natvig will be the new director of the Department of Criminal Investigation. Natvig was appointed the Brule County State’s Attorney in 2002, and has been the states attorney for Buffalo County. As DCI director, he will oversee the section of the attorney general’s office that is responsible for both the training of all law enforcement officers in the state and the agents who investigate the state’s felonies. Natvig has stated that he will prioritize going after drug dealers, and repealing presumptive probation. Presumptive probation automatically gives low-level felony offenders probation (barring aggravating circumstances). Natvig takes over as DCI director from Bryan Gortmaker, who had held the position until recently since 1975. In the interim, the acting DCI director is Brian Zeeb.

Prior to being elected S.D.’s 33rd State Treasurer, Josh Haeder was the managing partner of Haeder Organization, LLC based in Huron. He served over four years as the Northeast Director for U.S. Senator Mike Rounds who is a member of the Senate Banking Committee. The S.D. Treasurer’s Office processes state payments and the receipt of payments to the state.

“We have three open positions still in financial services, then we are done with the staffing side,” said Haeder. “It was an amazing process, the numbers were amazing. We had 30-plus applicants. The quality of people is amazing. What we did was, several weeks ago we went in and talked with members of the current treasurer’s team. After that discussion, having to still fill only three positions was great. Now, for the budget; we are working through the entire process. The first of the priorities is the outgoing budget; though Rich (Richard Sattgast, the former S.D. State Treasurer) did a wonderful job, we still need to comb through it and explain it.”

Chosen by Haeder as the new Deputy of the State Treasurer is Jason Williams, Pierre. Williams previously served as communications director for the Secretary of State’s office.

Haeder’s new treasury manager will be Melissa Hull, currently the office administrator for U.S. Senator Mike Rounds. Hull’s has served as bank examiner and senior revenue agent for the Department of Revenue.

The new Assistant Treasury Manager will be Penni Almond, currently serving as the administrator for the State Social Security-IRS Division in the State Auditor’s office. Almond will oversee banking operations.

Nick Stensaas, currently serving in the State Auditor’s office as claims auditor, will be joining the team in the treasurer’s office as cash manager.

Staying on as the department’s Unclaimed Property Administrator, Lee Dejabet has held the position for eight years.

Continuing on after eight years, Anissa Grambihler will keep her duties as human resources manager, and as compliance and portfolio manager.

“We have set up training for new personnel so they can hit the ground running,” said newly elected South Dakota State Auditor Rich Sattgast. “I guess that I am in an unique position. I am not only transitioning to a new office (auditor) but also transitioning from an office (treasurer) we have to leave the resources for it too continue running smoothly.”

“The Auditor’s Office will have to be issuing checks the first week I’ll be in office. We have to have everything ready - signature plates and other things,” Sattgast said. He said that there are several retirements from the Auditor’s Office, and five people are moving to different positions within the state government. “There is a very strong staff currently in he Auditor’s Office. I am looking forward to working with them, as they have proven themselves as an asset to the people of South Dakota.

The Deputy Auditor will be Rik Drewes.

“My name is Rik Drewes, I graduated from T.F. Riggs High School and earned a degree in business administration from Northern State University,” Drewes said. “I served as the finance officer in the Office of the Secretary of State under Joyce Hazeltine for 14 years. And when Rich Sattgast was elected to State Auditor, I spent the next eight years as the Deputy State Auditor and followed that with serving as the Deputy State Treasurer for the past eight years. I look forward in continuing my service under Rich as the next Deputy State Auditor, as I feel that I have the experience that makes me the best person for the job ahead.”

“As far as our progress concerning the transition, I'm pleased to relay that all of the current Secretary of State's staff will remain onboard, with the exception of two retirements,” said Barnett. “I'm excited that they've agreed to join my staff, as their wealth of knowledge and experience will greatly aid in a smooth transition. Jason Lutz, who currently serves as my Deputy State Auditor, will also be joining me and serve as Deputy Secretary of State.”

Below are some of the personnel who will be heading up departments within the Secretary of State Office.

Jason Lutz - Deputy Secretary of State “Jason has served as my Deputy State Auditor for the past eight years. Prior to coming to Pierre, he served on U.S. Senator John Thune's staff, as well as working in retail management. I'm appreciative he will continue serving with me and look forward to his contributions to the Secretary of State's office.”

Tom Deadrick - in-house counsel/director, Division of Business Services. “Tom has served in these roles the past four years. Prior to coming to the Secretary of State's office, Tom practiced law in Platte. From 2003-2011, he represented the 21st district in the South Dakota House of Representatives, where he also served as Speaker of the House. Tom's breadth of knowledge in legal and legislative matters will be a great benefit to the office.”

Kea Warne - director, Division of Elections. “Kea has served in this role the past four years. She has worked in the Secretary of State's office a total of 22 years, including 12 while serving as director of the elections division. Kea is greatly respected around the state for her extensive experience relating to elections and campaign finance and will be a great asset to our office.”

“We are hiring a new secretary, but that was in the works before the election and is not really related to the transition at all,” said Ryan Brunner, the newly re-elected Commissioner of School and Public Lands. “We are a small office; just six of us. Our current staff is running with a lot of longevity. One land agent has 39 years with the department, we have the same deputy commissioner. Things are going very well. The last four years we have set a record for the amount of money brought in from the leasing of land.”

The Commissioner of School and Public Lands position is restricted to two consecutive full terms, each term being four years. The South Dakota Commissioner of School and Public Lands is an elected, constitutional officer in the executive branch of the S.D. state government. Among other duties, the office supervises lands designated for educational use by the federal government. Brunner was previously elected in 2014, when he replaced Vernon L. Larson.

“It is a seamless transition for me,” said Kristie Fiegen, re-elected this year to the Public Utilities Commission and currently the chairperson. “My efficiencies will be so much higher my second term. As far as the other personnel in the PUC office, these positions are not political, but technical and professional. They protect the Public Utilities Commission and the public every day.” Fiegen was originally appointed to the PUC in 2011, was elected in 2012, and was elected again this year. Her new term ends in 2025. The three public utilities commissioners are elected for six-year terms on a staggered basis. There are no term limits for public utilities commission members.