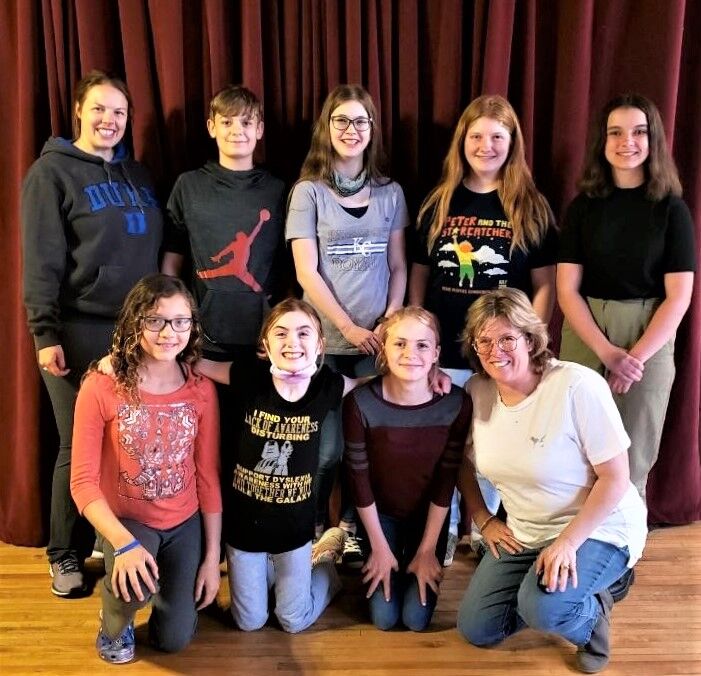 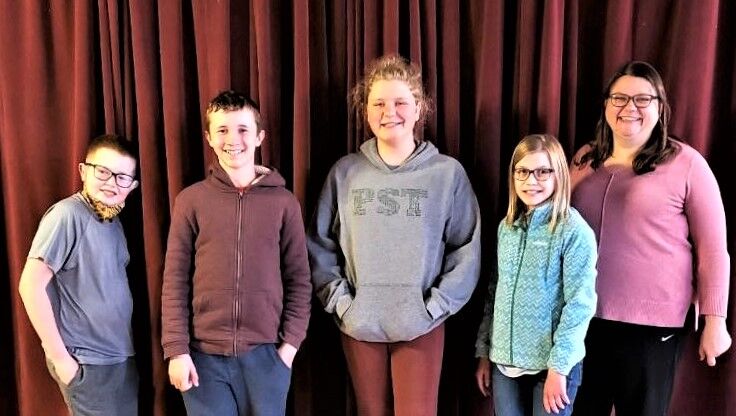 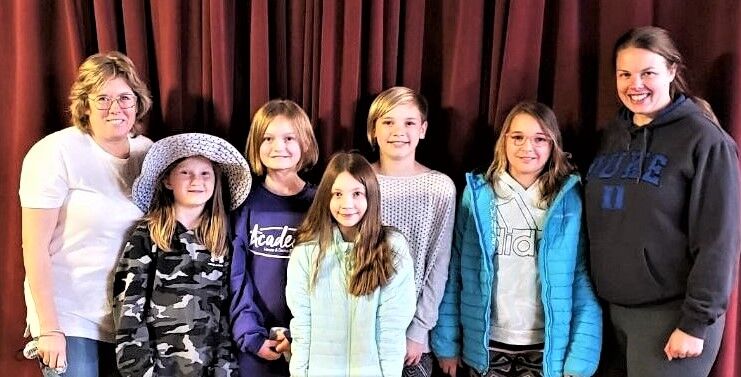 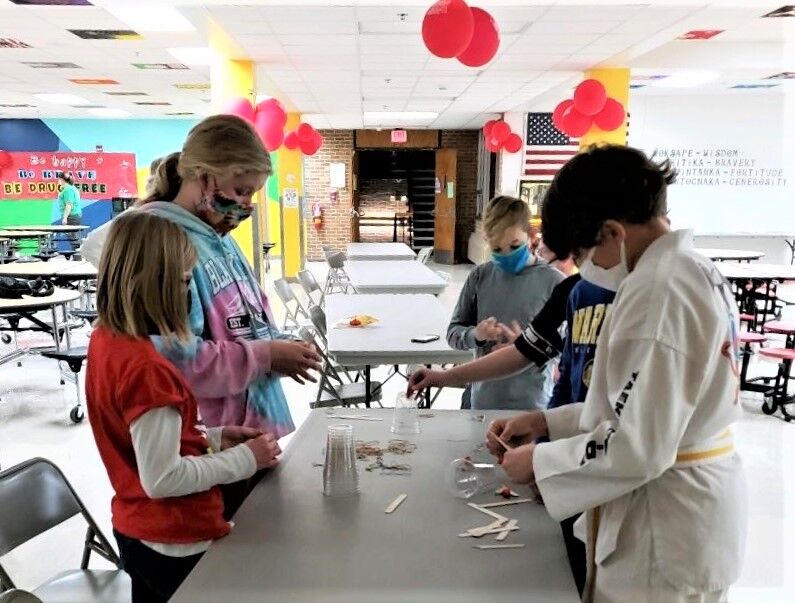 The Pineapples and Toast team practices an instant challenge.

The Pineapples and Toast team practices an instant challenge.

Pierre School District had four teams — in four different challenges in three age levels — competed in the Destination Imagination (DI) Virtual Tournament on April 11. All four teams placed in the top three of their challenge and age levels.

Destination Imagination is an international STEM-based (science, technology, engineering and mathematics) problem-solving competition for students. It focuses on social-emotional learning and the Four Cs: creativity, communication, collaboration and critical thinking.

“DI usually has a regional tournament and the winners advance to a state tournament,” said advisor Michelle Beeler. “Due to COVID, the two were combined and all projects had to be submitted virtually. The Riggs High School Team, ‘Silver Poisonous Bananas’ placed first in their Epic Remix Challenge in which they created a music video based on Dr. Seuss’ ‘The Sneetches.’ The team consisted of Gavin Black Bear, Abby Lott, Ashlyn Pitlick and Kaitlyn Richey.”

The elementary team ‘Chix & Stix’ did an improvisational skit for their Cased Closed Improv Challenge. They placed second. The team researched famous detectives and forensic techniques. Then, they were given two clues and a mystery to solve as an improvisational skit. The team included Chevelle Brakke, Lex Herman, Kate Gibson, Amelia Lott, Lorelei Ruhnke, and Abby Stanley.

This is Pierre School District’s second year of competing in Destination Imagination. Last year’s state tournament was cancelled; and Global Finals were held virtually due to Covid-19. Pierre teams did well at the Region Tournament but did not advance to Globals. Due to the decrease in participation this year due to Covid, the regional tournament was eliminated. The state tournament included South Dakota, Minnesota, and North Dakota.

This year, the challenges were all created to be solved virtually and following the social distancing rules established by each team’s community. The teams began meeting weekly in late October to pick out their projects and put together their solutions. The students researched topics, created props and developed storylines. Team managers, Michele Beeler, Hannah Carda, and Kara Ekle serve as coordinators, mentors and motivators without interfering with the outcome of the challenge. All solutions were the students’ unique ideas and they had to share their teamwork and creative journeys as part of the solution. Videos of their solutions were submitted in March and reviewed over the last few weeks by volunteer appraisers.

According to its own website of https://disouthdakota.com/, Destination Imagination is part of the world’s largest creative problem-solving organization. It is an extracurricular, school sponsored program that fosters creativity, team-based problem solving and life skills for students in kindergarten through college. DI cultivates the creative problem-solving process and makes it a part of a student’s everyday life.

Teams work together to solve open-ended challenges, using their imaginations and Creative Problem Solving Tools. Teams of up to seven students prepare and participate in both a Team Challenge and an Instant Challenge at regional competitions, usually in March. The solution to the Team Challenge is developed over a three to six month period. The team designs and creates, without adult assistance, all props, costumes and other artistic and/or technical elements necessary to bring the presentation to life. Instant Challenges are designed to teach students how to think quickly, creatively and strategically.

At tournaments, the team is given an Instant Challenge they have not seen before. For example, a team may be asked to create a skit about a mouse’s happiest day, make up a story using a given set of items, manipulate materials to build a structure, or develop a non-verbal communication system with their team members in order to complete a given task. Team members then have a few minutes to think and develop their strategy and a brief period of time to respond to the challenge.

Both the Team Challenges and Instant Challenges provide and promote opportunities to develop lifelong skills that are essential in our ever-changing world.