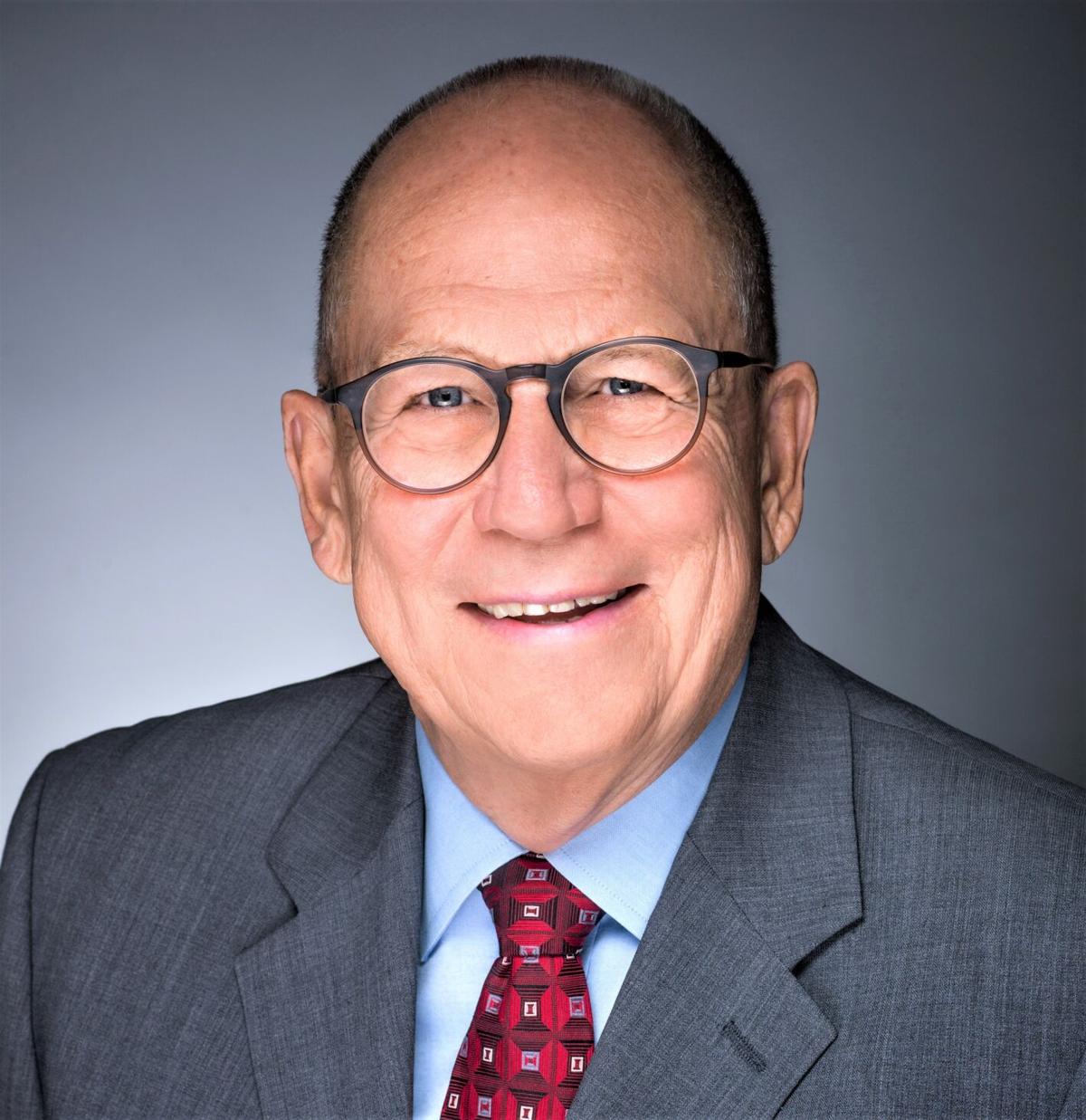 Randy Seiler is running for a Ward III seat on the Fort Pierre City Council. 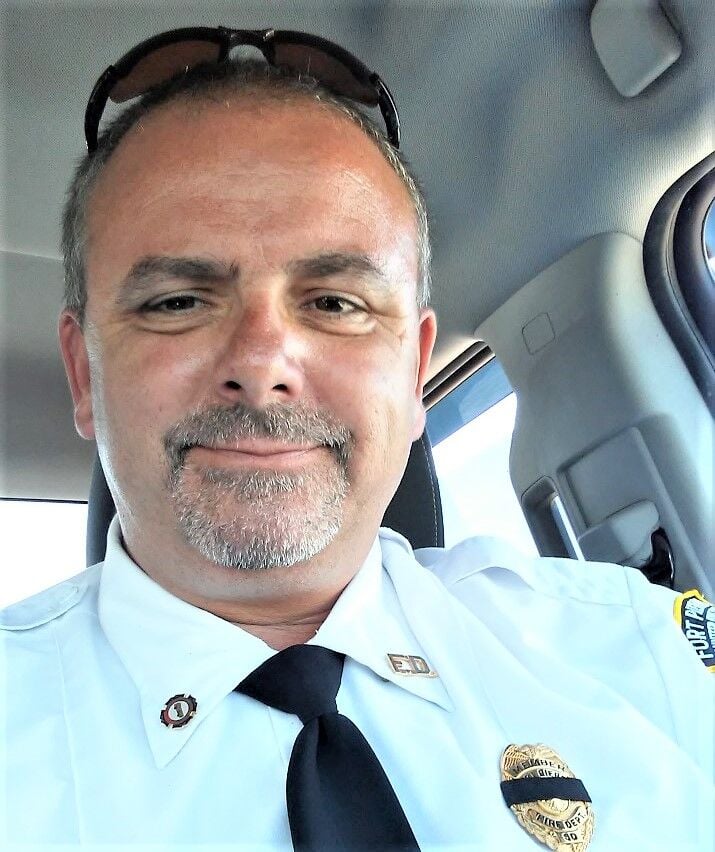 Randy Seiler is running for a Ward III seat on the Fort Pierre City Council.

There are four open seats on the Fort Pierre City Council, with a municipal election set for Tuesday, April 13.

Three of the council’s six seats would normally be up for election this year. City councilman Mike Weisgram previously relinquished his ward three seat in order to be a state representative for District 24. Randy Seiler was appointed by Mayor Gloria Hansen to complete the year. Seiler must officially run to continue in that seat for the next year, and he is being challenged by Rick Cronin.

In ward one, incumbent Greg Kenzy is being challenged by Brady Gaer.

Callie Iversen is running unopposed for the two-year term in ward two. She will take over the council seat currently held by Bob Ricketts, who decided to not run again.

Voter registration for the upcoming Fort Pierre municipal election closes at 5 p.m. March 29. If not registered, you forfeit being able to vote in this election. People can check if they are registered by visiting the state’s voter information portal at sdsos.gov, or by calling the Stanley County auditor at (605) 223-7780.

In the city of Fort Pierre, there are three wards, with two representatives for each ward. Each council member’s term is for two years. Geographically, ward one covers the southern one-sixth the city. Ward two is approximately the middle two-sixths of the city. And ward three is the approximately northern half of the city.

The Capital Journal is conducting a Q&A with each of the candidates. Below are ward three candidates Seiler (incumbent first) and Cronin.

Why are you running for any office?

“I felt it was time to try a public community office to help be a part of making Fort Pierre even better than it already is. I’ve had a lifetime of helping this community in various ways, such as being on the Fort Pierre Fire Department for 35+ years; have previously been on the Stanley County School Board; as well as a genuine interest in Fort Pierre as a whole. And while Bob Ricketts isn’t in my ward, I respect and applaud the dedication he put into Fort Pierre City Council for nearly 40 years … those are tough shoes to fill by anyone running for council throughout all wards,” said Rick Cronin.

Why are you running for this public office?

“My running for city council reflects a personal commitment to continue to be involved and do something that is meaningful, and gives back to the community in a way that improves the city of Fort Pierre. My decision to run is based on this philosophy,” Seiler said.

“What I said above, plus to be a voice for Ward 3, as well as the rest of the community. I have no hidden agendas by running for council. I just felt it was time to try to help my ward and my community be even better than it already is. I have actually thought about running for council for years, and even had a conversation with Mr. Weisgram a year ago when he was running for the legislature, that I would be interested in being appointed for his council position if he won.

What experience do you have that makes you a good candidate?

“I have been a lawyer for over 40 years … (with various titles and responsibilities, and legal work with various tribes) …. I served 3 terms on the Mobridge School Board and previously on the Fort Pierre City Council in 2014-2015. I also serve as president of the Board of Directors of Badlands National Park Conservancy …. I have served as president of the Verendrye Museum Board of Directors, the Board of Appeals and Adjustments and the Fort Pierre Tourism Board. I created and organized the annual Fort Pierre Road Race on the 4th of July, and am currently serving on the Utility, Parks and Recreation and Personnel Committees for the City of Fort Pierre,” Seiler said.

“I have been heavily involved with Fort Pierre Fire for over 35 years, and was Chief of the department for 13 and 1/2 years. In doing so and being in a supervisory role, I was responsible for working with operating budgets and living within its means. I also was responsible for supervising 40+ volunteer firefighters on a day-to-day basis for fire department functions and fire calls. Additionally, while on the Stanley County school board, was responsible for working with budgets (i.e. tax payers’ money) in order to provide educational functions of a school, all the while trying to maintain a balance with those funds,” Cronin said.

What talents do you bring to the table?

“My limited talents center around my energy, motivations, compassion and desire to be and stay connected to my friends, neighbors and the people of Fort Pierre, and my commitment to work hard and care about making Fort Pierre an even better place to live, play, work and raise a family,” Seiler said.

“Common sense; realistic; honesty; trust. Furthermore, my family has always been heavily involved in the community in the fire service; city council; school board and other community groups. I’m not necessarily better than anyone else in Fort Pierre, I just like helping the community in whatever way I can,” Cronin said.

What do you believe are the most important or controversial future policies of the city?

“City government more than any other level of government affects its citizens directly – providing everything from electricity, sewage and garbage disposal, clean water, maintenance of streets and street lights, parks, pools, public safety and economic development to mention a few. I am committed to policies that lift people up, provide needed services and grow the economy. This includes everything from a realistic and balanced budget that addresses debt reductions, to the bridge-plaza, and raising the level of services without raising taxes. This also includes a planned, structured, well thought out plan to address streets, infrastructure, drainage, increasing tourism, historical preservation, utilizing technology, increasing our tax base, maintaining a quality water system and addressing our on-going facility needs such as a City shop, Fire Hall and offices,” Seiler said.

“Overall, utilizing the community’s (taxpayers’) money to the best of our abilities. The community deserves that and expects that. Lets face it, the city council as a whole are the decision makers for the rest of the citizens, and trying to make the best decisions for them is important,” Cronin said.

What city current or future policies will you support?

“Democracy at any level works best when its citizens are involved and engaged. Please vote on April 13, if elected I promise that I will: listen respectfully and weigh differing opinions; be accessible (cell phone 222-8877 and email randyseilerlaw@gmail.com); look at and make decisions based on what is best for Fort Pierre rather than a specific individual, group or business; and devote the time necessary to fully understand the issues so that government works for all citizens of Fort Pierre,” Seiler said.

“Continuation of keeping and improving city roads and infrastructure throughout the whole community, including water main and storage system and electrical systems. Without those things, Fort Pierre will not grow or sustain itself with failing or sub-par systems. Additionally, I would support more affordable housing opportunities in Fort Pierre, since this area doesn’t have an abundant supply available,” Cronin said.

What city current or future policies will you oppose?

(Please review Seiler’s answer to “most important or controversial future policies” question above.)

“I would oppose any unnecessary spending. We need to live within our means, and live within the means of the constituents of the community, since they are the ones who provide the tax money for city operations and projects,” Cronin said.