The first ensemble on stage, the Treble Choir, set the tone for the evening’s concert — one of music from across the world and ages. 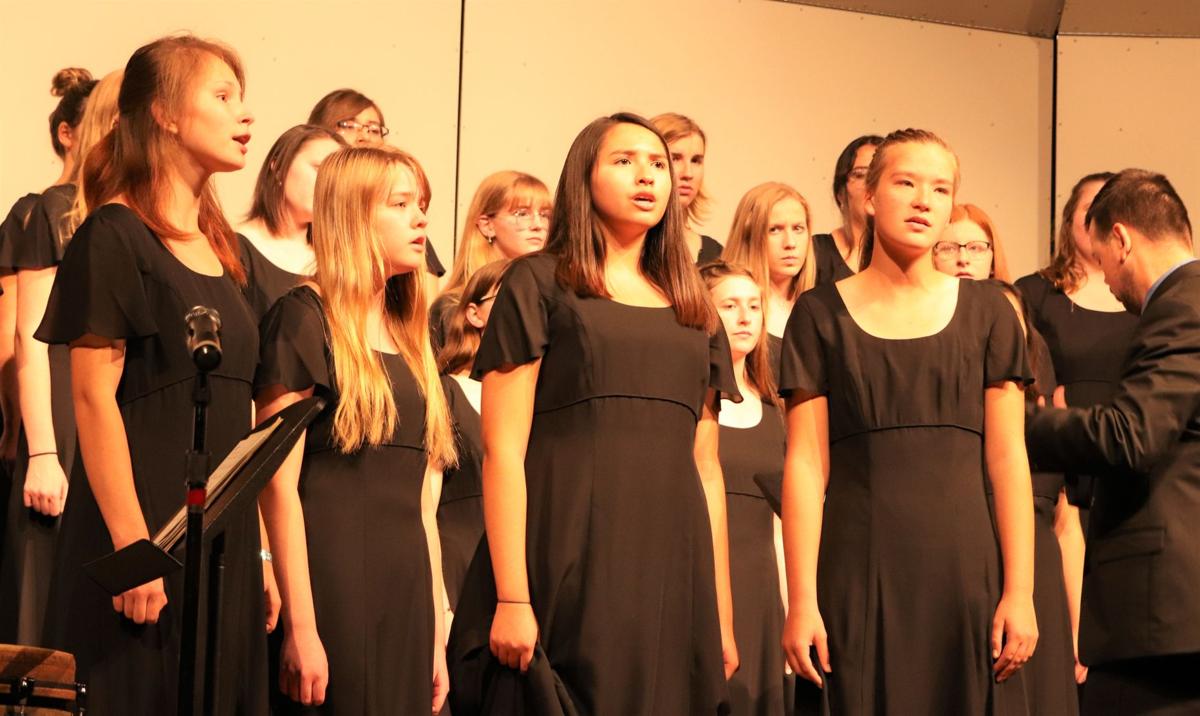 These four young ladies gave a quartet addition to the choir piece “To Love Again” during the T.F. Riggs fall vocal concert.

The first ensemble on stage, the Treble Choir, set the tone for the evening’s concert — one of music from across the world and ages.

These four young ladies gave a quartet addition to the choir piece “To Love Again” during the T.F. Riggs fall vocal concert.

This concert, entitled “Let All the World in Every Corner Sing,” and directed by Rodd Bauck, was based on that music is universal, worldwide. The choral pieces, presented by four different ensembles, gave a feel of traditional American music as well as music from other countries and cultures.

In formal black tuxedos and black evening gowns, the students covered a very wide range of vocal music. Some pieces were acapella, while most were accompanied by Karen Lindbloom on piano, and some were accompanied by Ron Woodburn on percussion. Some were somber, some toe-tapping, and some almost raucously done with the singers waving and nearly dancing to their music.

The All State Choir started out with the English “The Pasture” and concluded with “Sing My Child.”

The Chamber Choir began their segment with the haunting “Woodsmoke and Oranges” and concluded with the Haitian “Peze Kafe.”

The Concert Choir began with the religion-text-based “Antiphon.” Their next piece was a medley of folk songs “Cindy,” “The Water is Wide” and “Old Dan Tucker.” The other pieces included “There is Sweet Music Here,” the lumberjack song “The Shanty Boys” and the spiritual “Steal Away.” The final piece of the concert was the spiritual “Who Will be a Witness.”