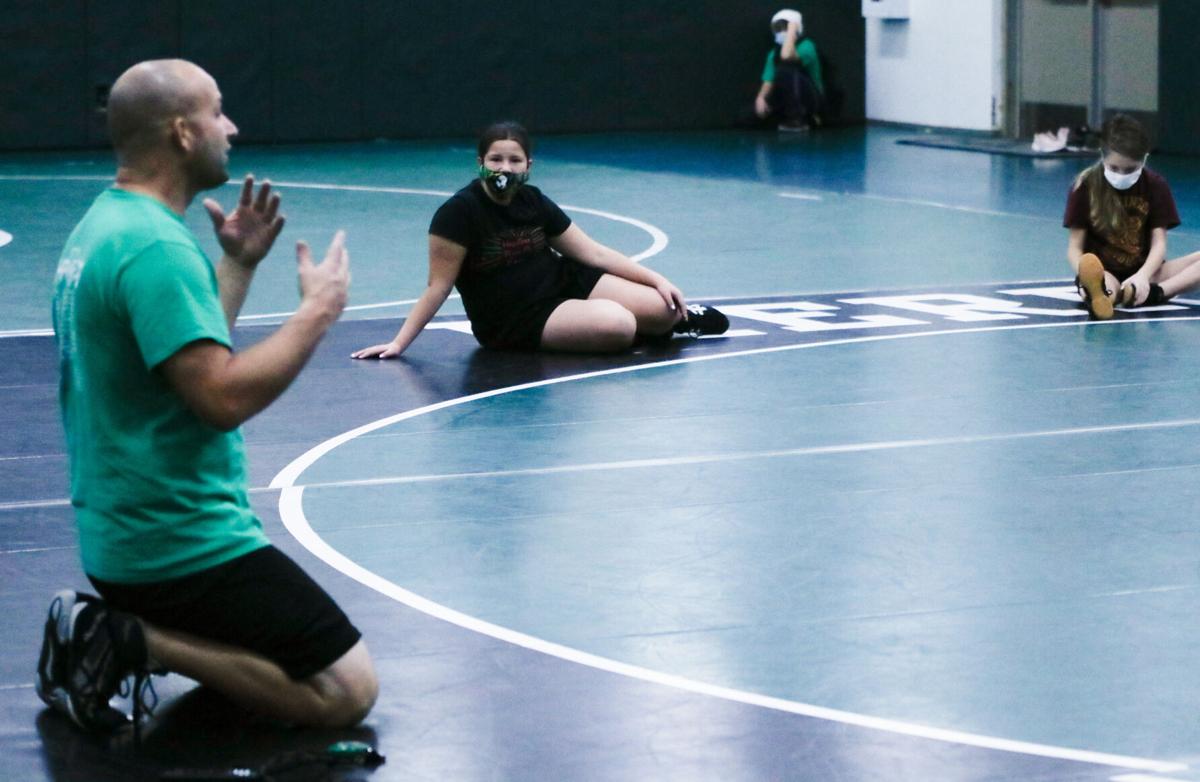 Pierre wrestling coach Shawn Lewis talks to the girls wrestling team during a practice on Nov. 18. For more photos, go to capjournal.com. 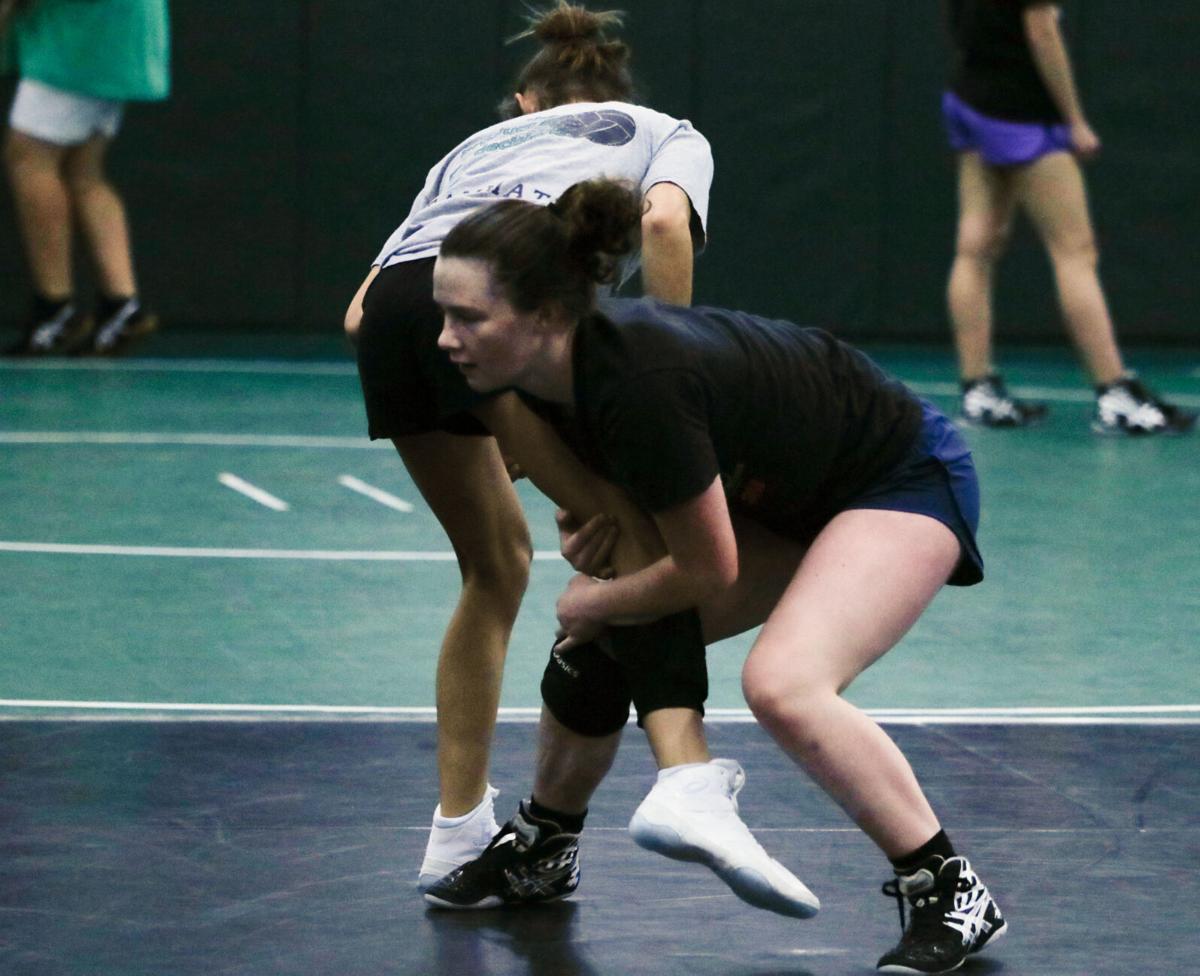 Pierre's Gianna Stangeland goes for a single leg takedown on Sydney Uhrig during practice on Nov. 18. 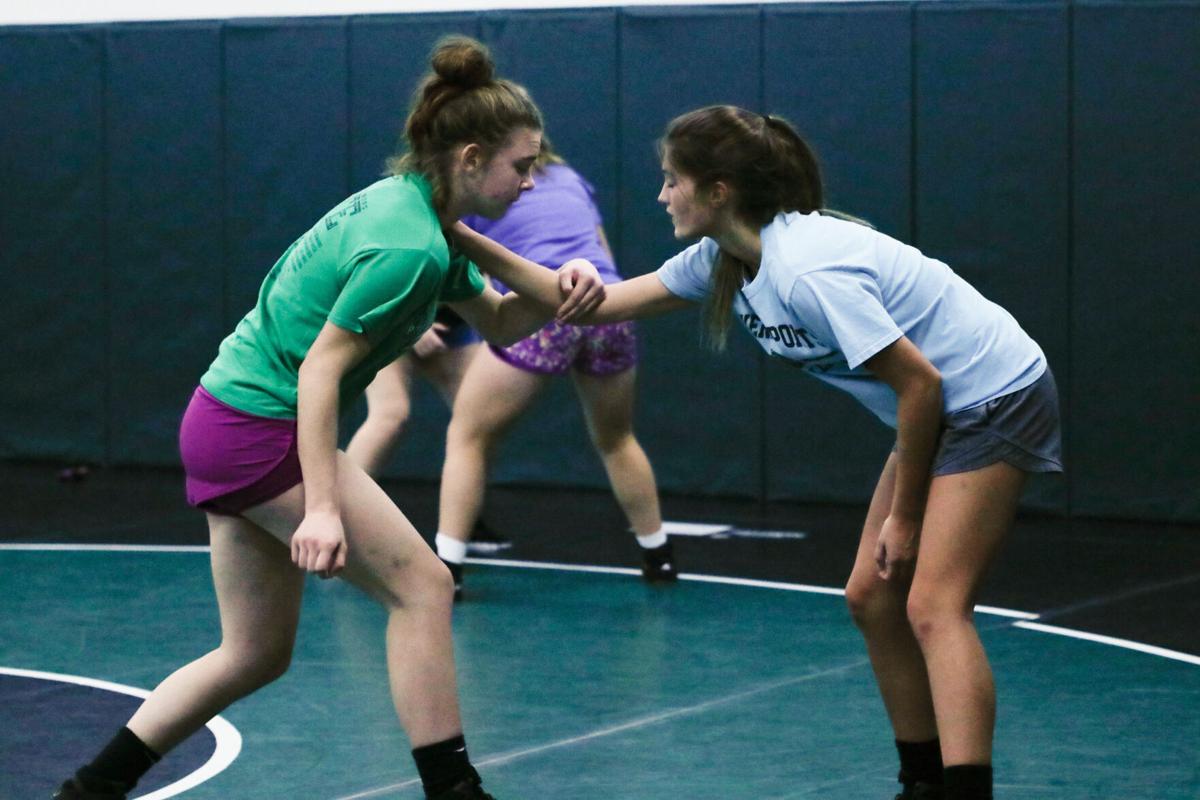 Pierre's Mary Mehlhaff and Hattie Baldwin perform a drill during a practice on Nov. 18. 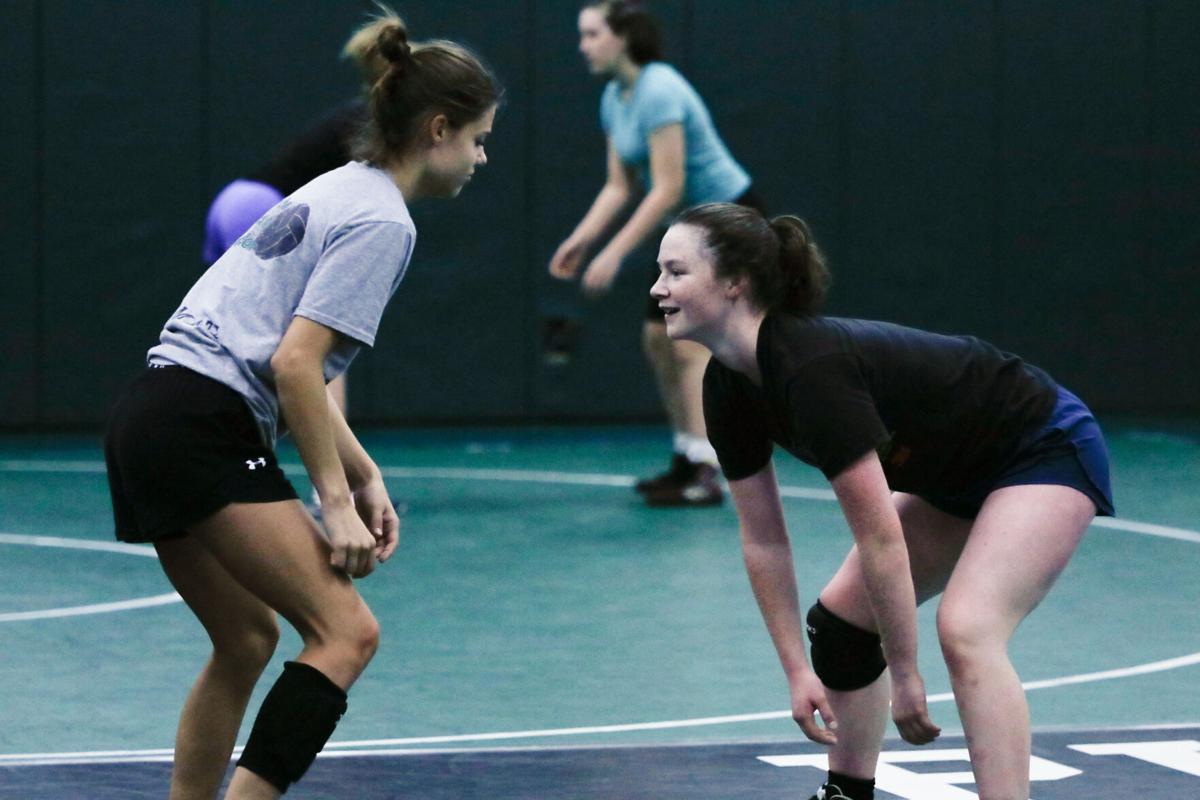 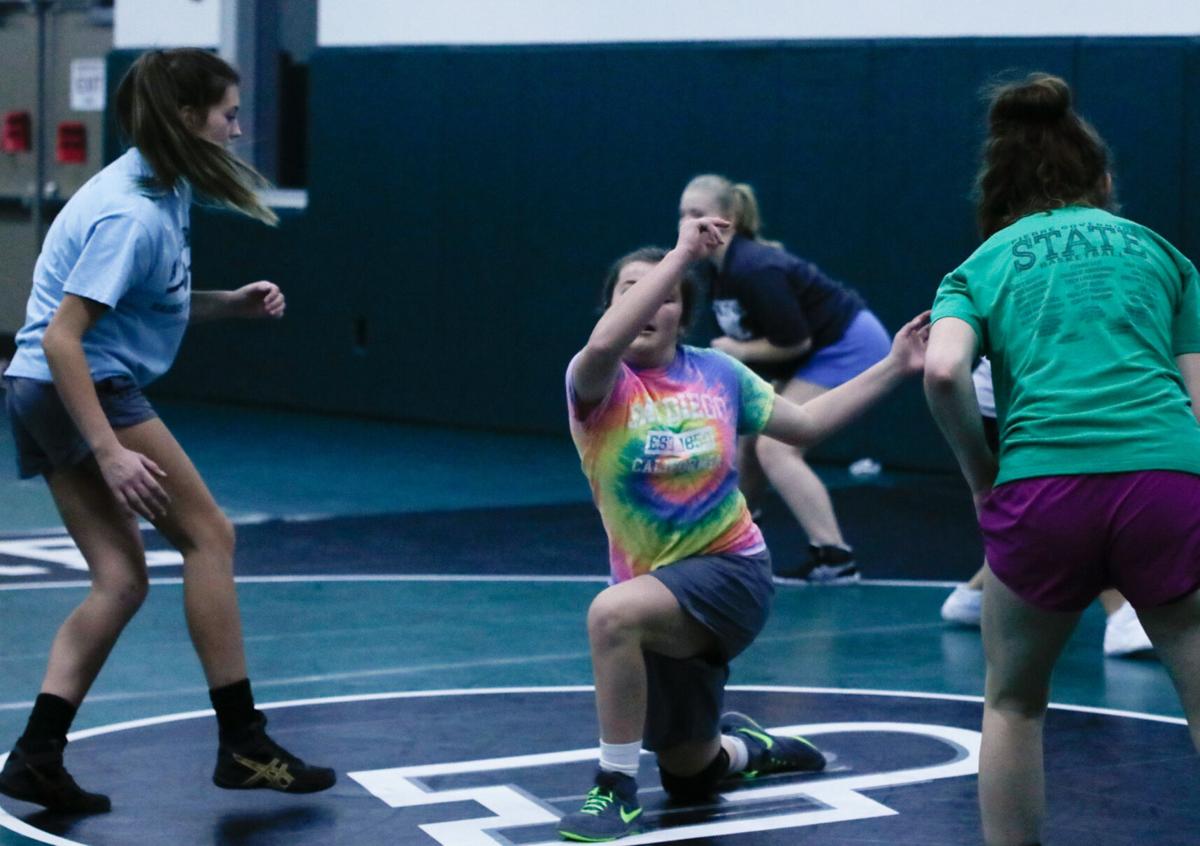 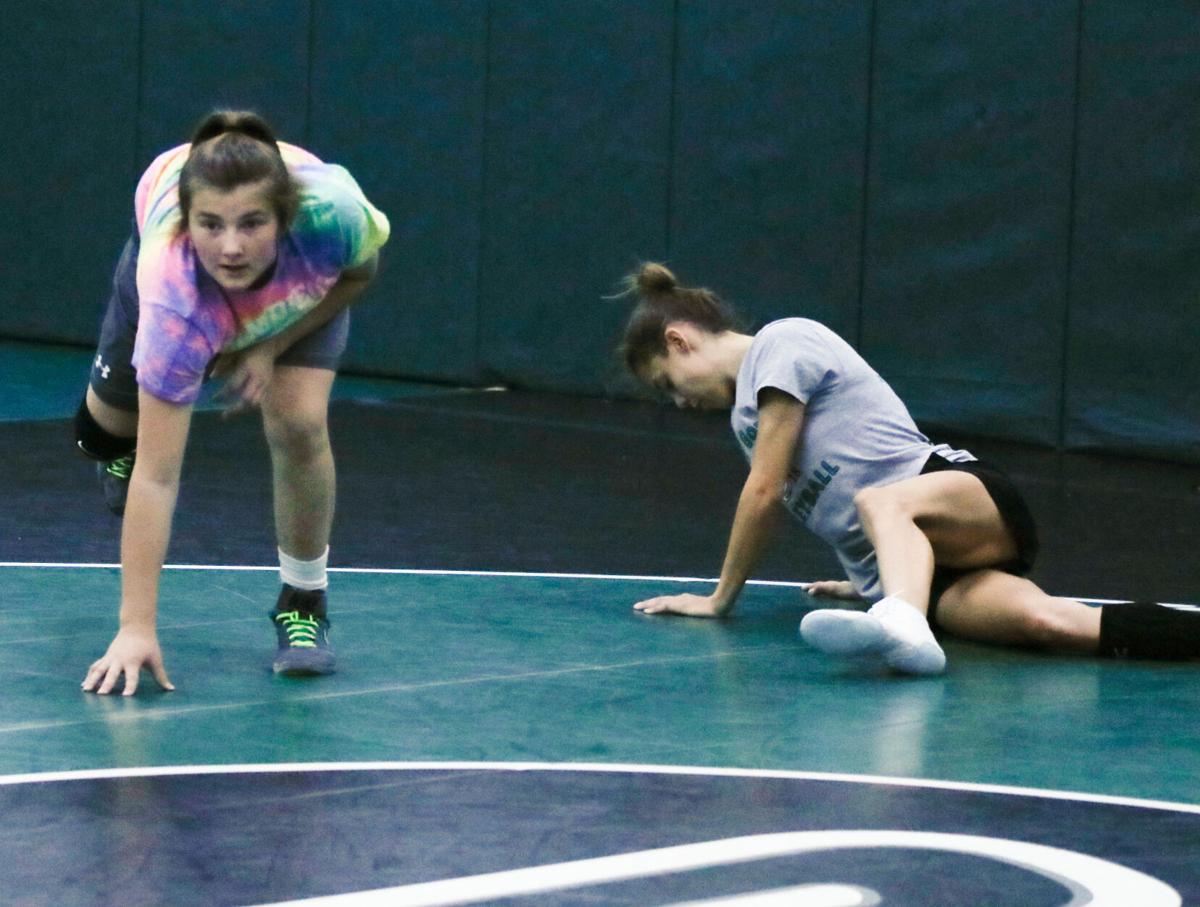 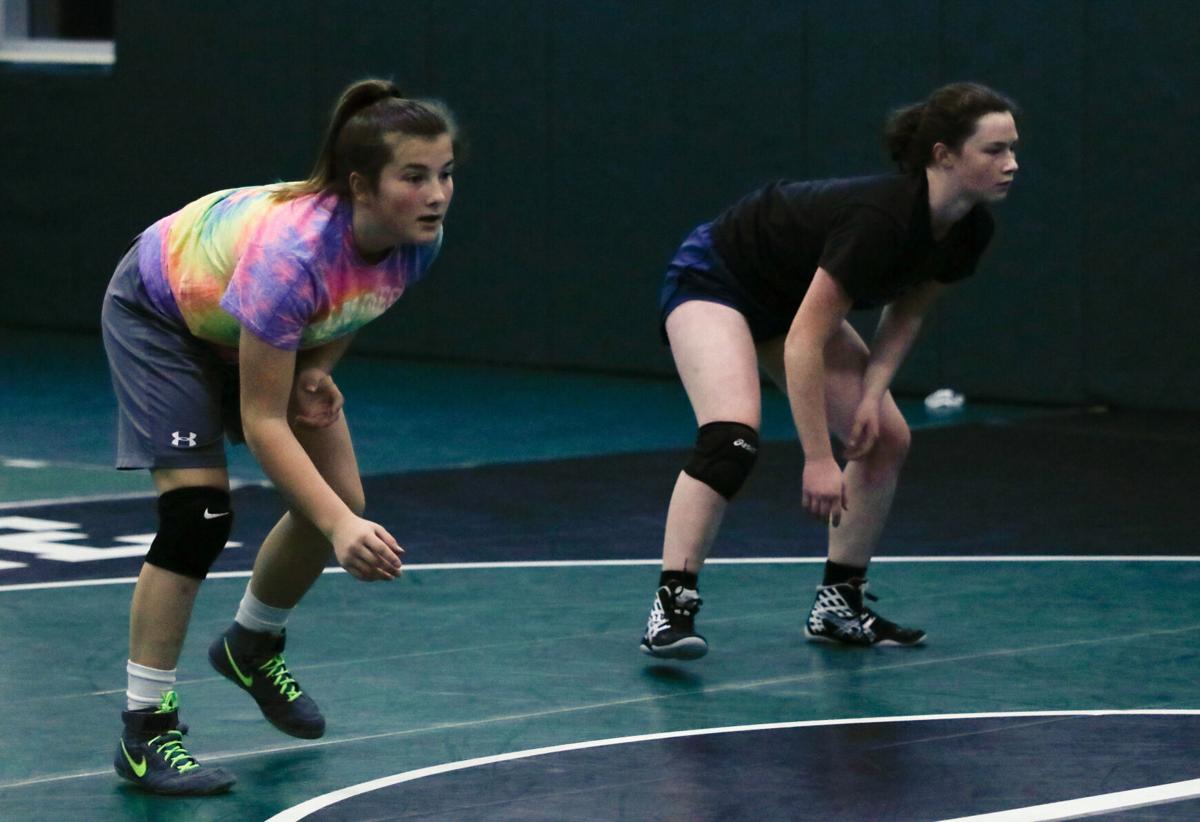 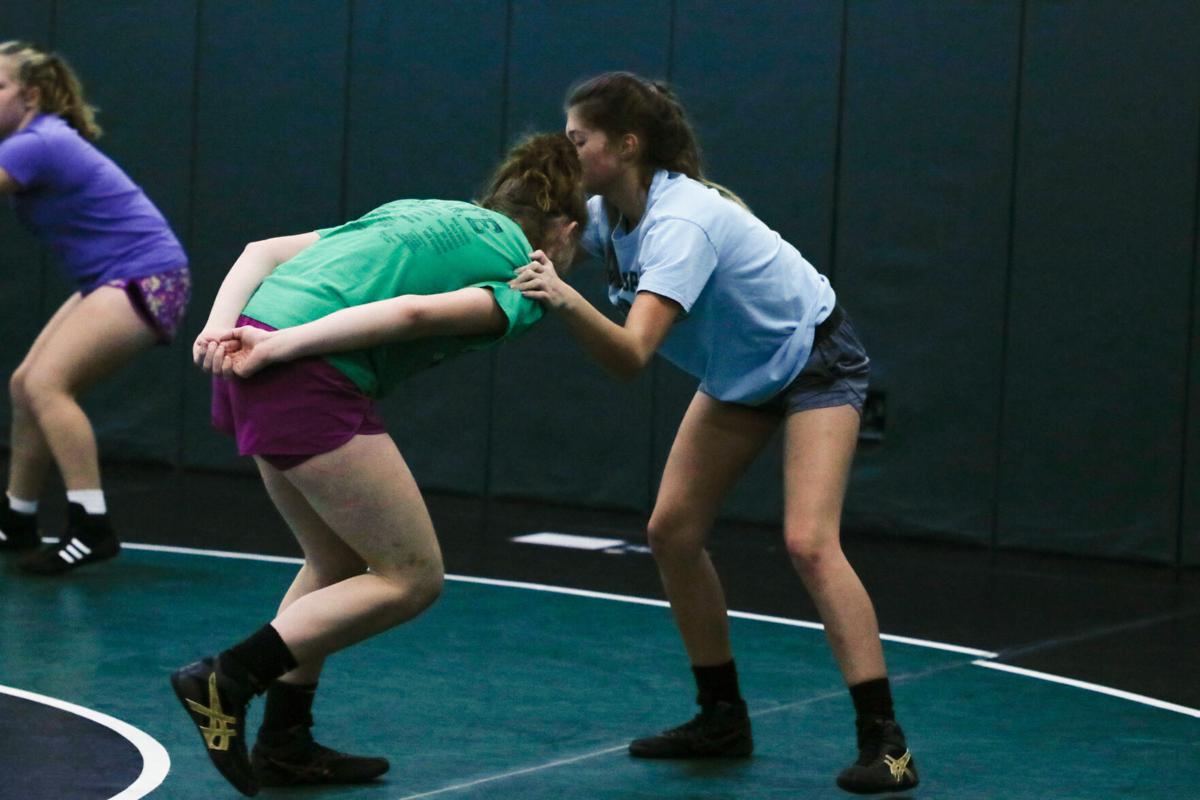 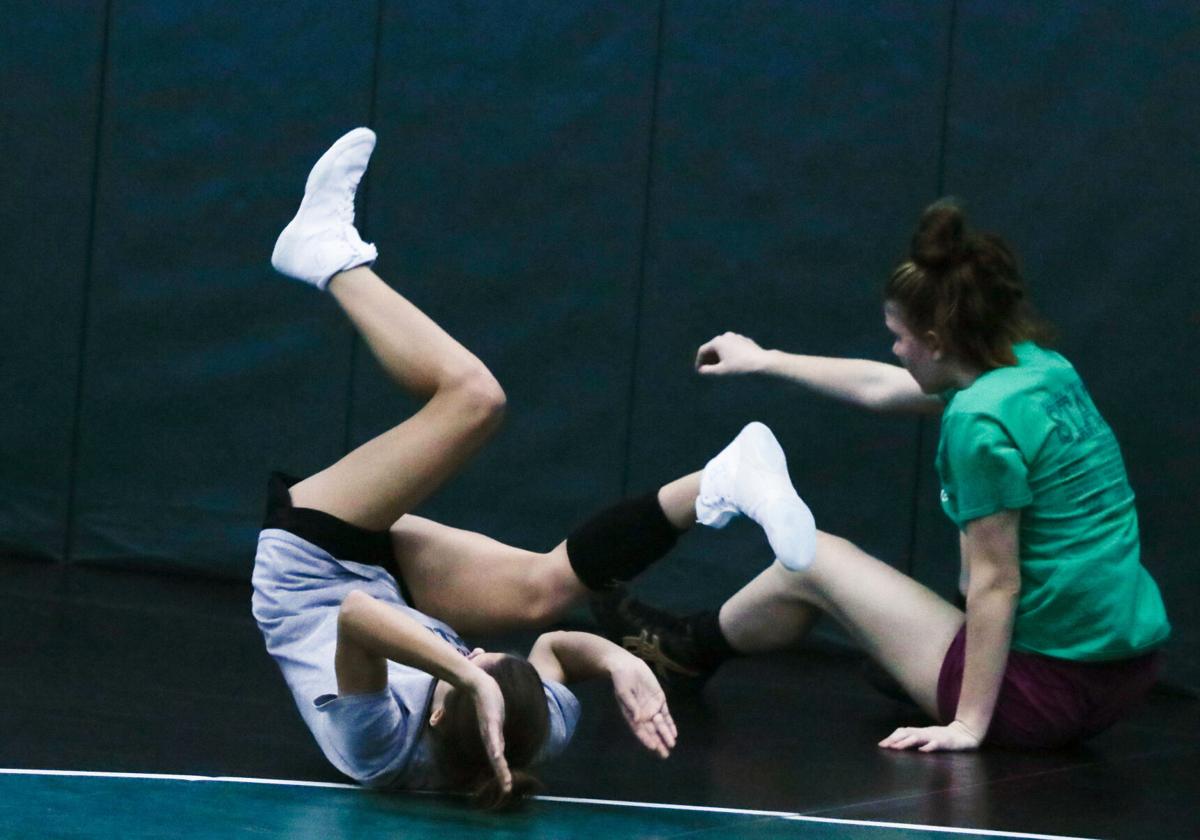 Pierre wrestling coach Shawn Lewis talks to the girls wrestling team during a practice on Nov. 18. For more photos, go to capjournal.com.

Pierre's Gianna Stangeland goes for a single leg takedown on Sydney Uhrig during practice on Nov. 18.

Pierre's Mary Mehlhaff and Hattie Baldwin perform a drill during a practice on Nov. 18.

At 6 a.m on Wednesday morning, before many other students had woken up, the Pierre T.F. Riggs Governors wrestling room was abound in activity.

Instead of boys wrestlers warming up, the room saw girls doing somersaults, jogging and getting ready for a practice that was all their own.

In June, South Dakota became the 25th state to sanction girls wrestling. In a wrestling institution like Pierre, where State A boys wrestling titles have become almost a yearly expectation, now is the time for girls wrestlers to showcase their talents.

“We have 17 girls out for wrestling, and counting,” Govs wrestling coach Shawn Lewis told the Capital Journal. “We keep adding girls in the middle school ranks every single day.”

Comparatively, the Govs boys roster has nearly 40 from the high school ranks, and another 32 from middle school.

From a coaching standpoint, Lewis has to start from the beginning and teach the girls the basics. Wednesday saw takedown technique, defensive wrestling, and top technique being taught. To Lewis, the girls have been picking things up remarkably well.

“They’re picking things up a lot faster than I anticipated, especially the high school girls,” Lewis said. “That just goes to show that these girls come in here with an open mind. They’re more than willing to learn, and they’re picking up everything that we’re throwing at them.”

In the high school ranks, the Govs are represented by six girls. Those girls are sophomores Mary Melhaff, Marlee Shorter, Gianna Stangeland and Hattie Baldwin, and freshmen Emalee Larson and Sydney Uhrig. For a couple of the girls, wrestling runs in the family. Larson’s older brother Jacob was a state tournament qualifier last season. Uhrig’s father Chad was a multiple time State Champion at Sully Buttes. All six girls compete in other sports, with Shorter most recently having won the State Championship in tennis in the fall.

Practices have been hard, but they’ve also been rewarding. Stangeland told the Capital Journal that the girls have been having a lot of fun learning the sport.

“I wasn’t expecting it to be this fun,” Stangeland said. “I was kinda hesitant to join, but I’ve been thinking about how close this team will be, and that makes it worth it.”

According to all of the girls, competing in wrestling will be beneficial to the other sports that they play. It will help them build strength, increase endurance and muscle, install a better work ethic and help with learning how to eat well. It’s uncertain whether the girls will be competing in Tuesday’s wrestle-offs. Right now, girls do not have established weight classes.

“The state is going to separate them into different weight classes as we go through,” Lewis said. “They want to see what the girl’s participation rate is going to be like with that, so we’re focusing on technical development. We just want to get every one of them better. We don’t really care about a weight class or anything of the sorts right now.”

Lewis said that right now, he’s just looking forward to having a season.

“With this COVID stuff and football, we had our blips along the way, but we were able to finish it,” Lewis said. “Now, you run into cold and flu season along with COVID, and numbers aren’t going so hot in some places. You look forward to being able to have a season no matter what it looks like. There’s going to be bumps in the road, but you’ve got to stay strong in your faith that you can get through it.”

The girls are looking forward to being the first girls wrestling team in Governors athletics history, overnight tournaments, and team bonding. According to Mehlhaff, the girls also have a pretty lofty goal.