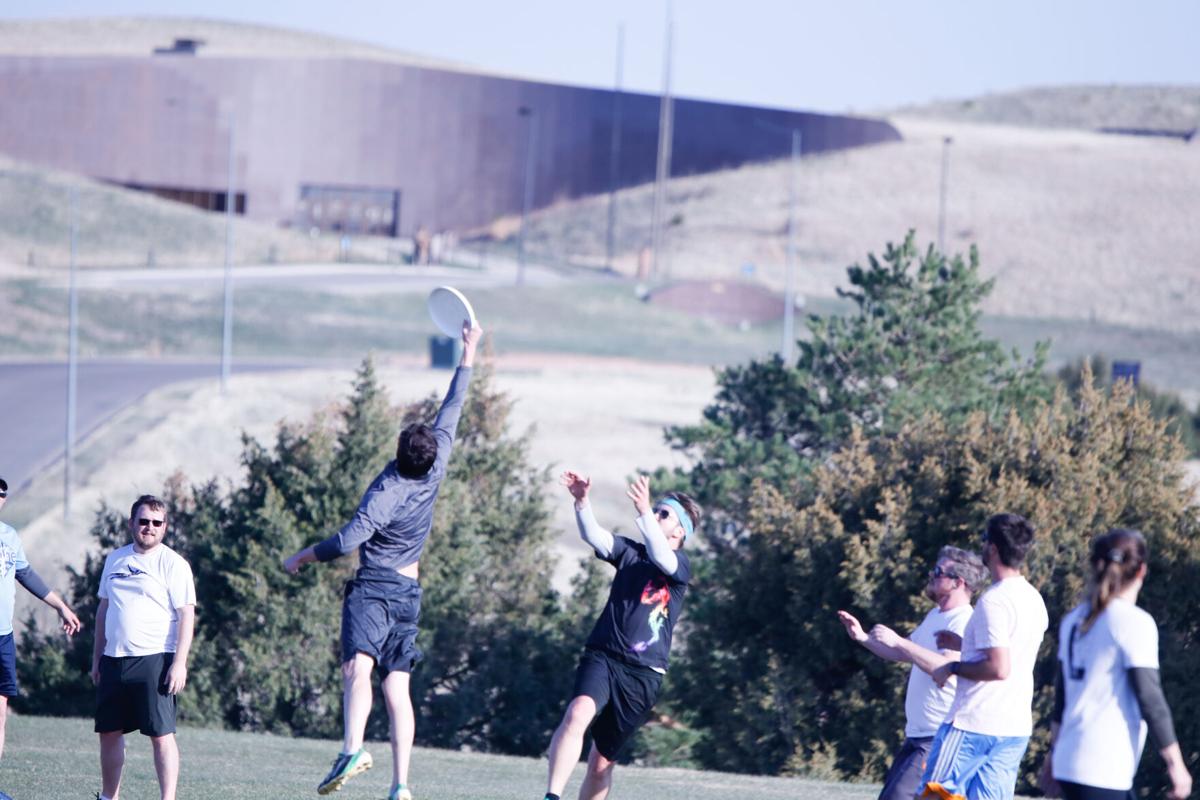 Players compete for a disc during a game of ultimate frisbee at the Hilger's Gulch Soccer Fields in Pierre. For more photos, go to capjournal.com. 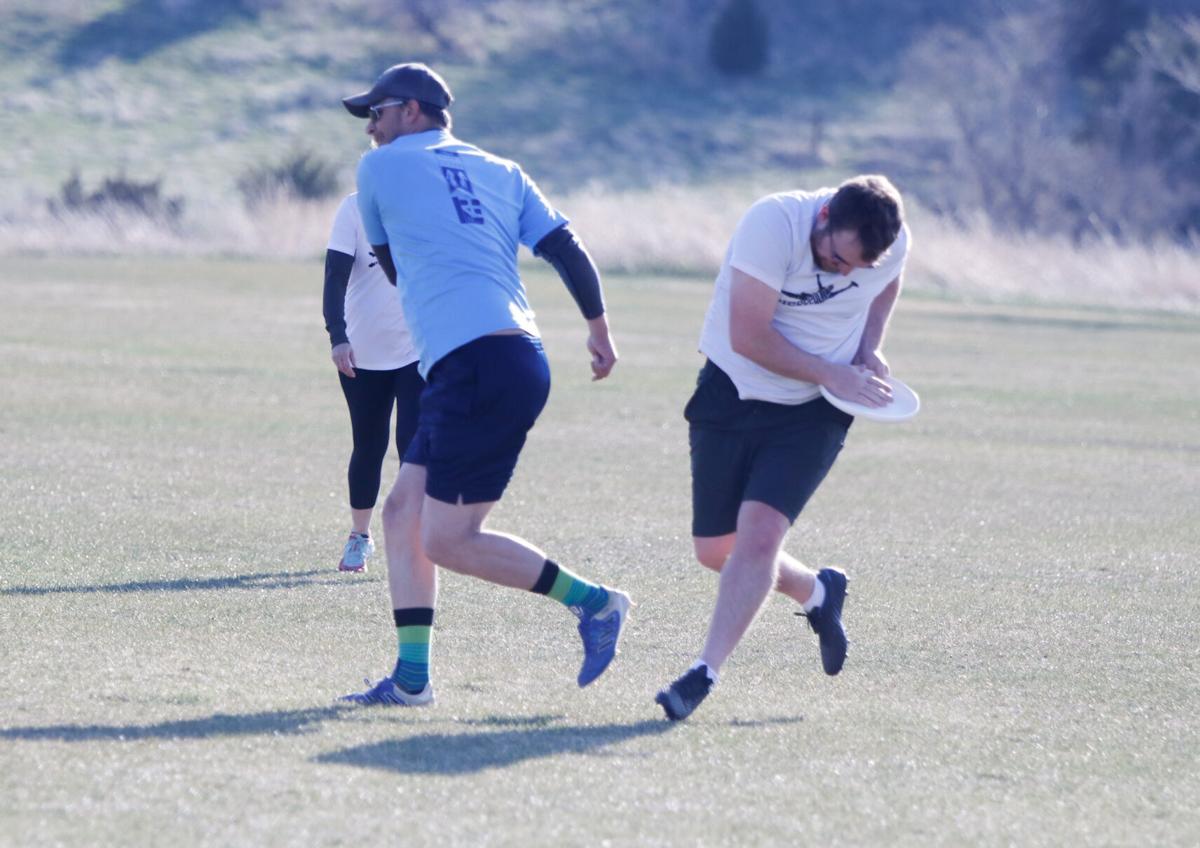 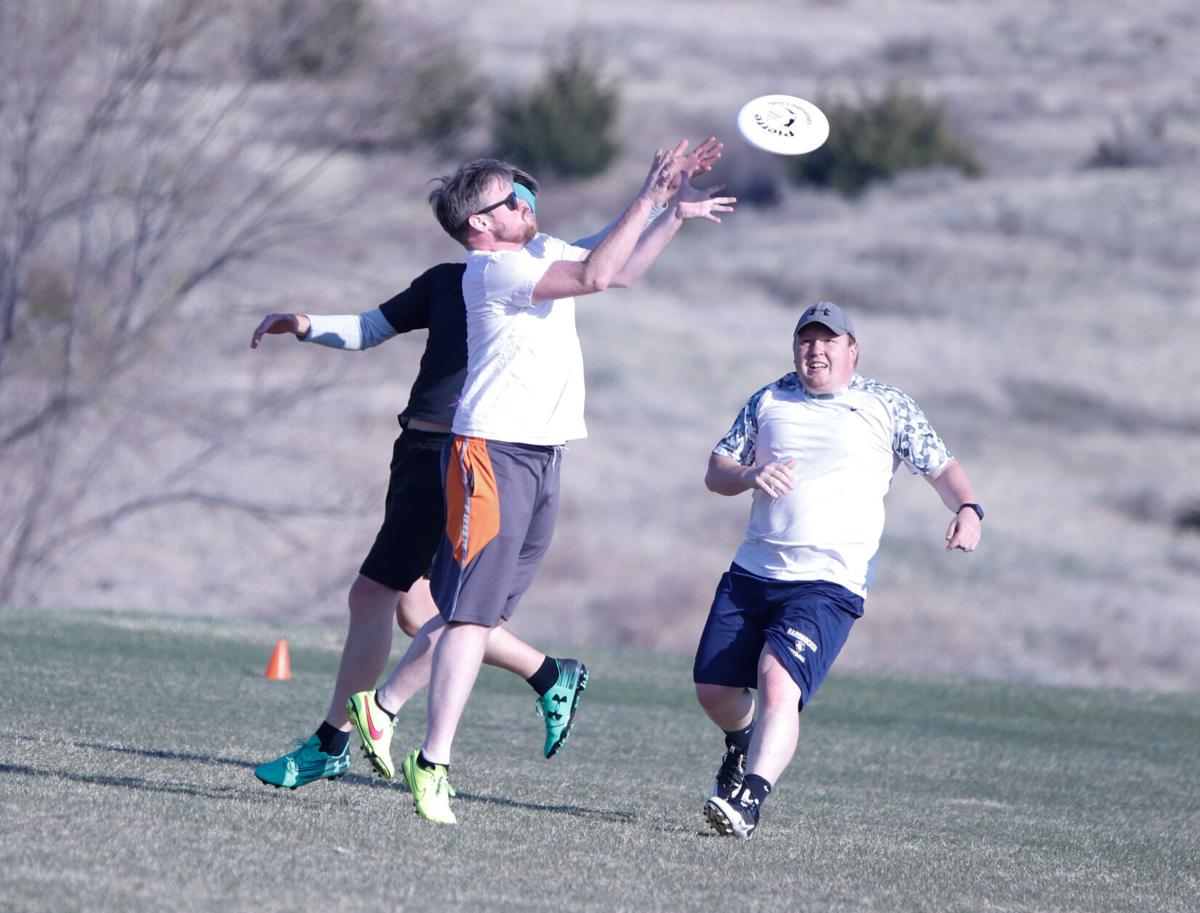 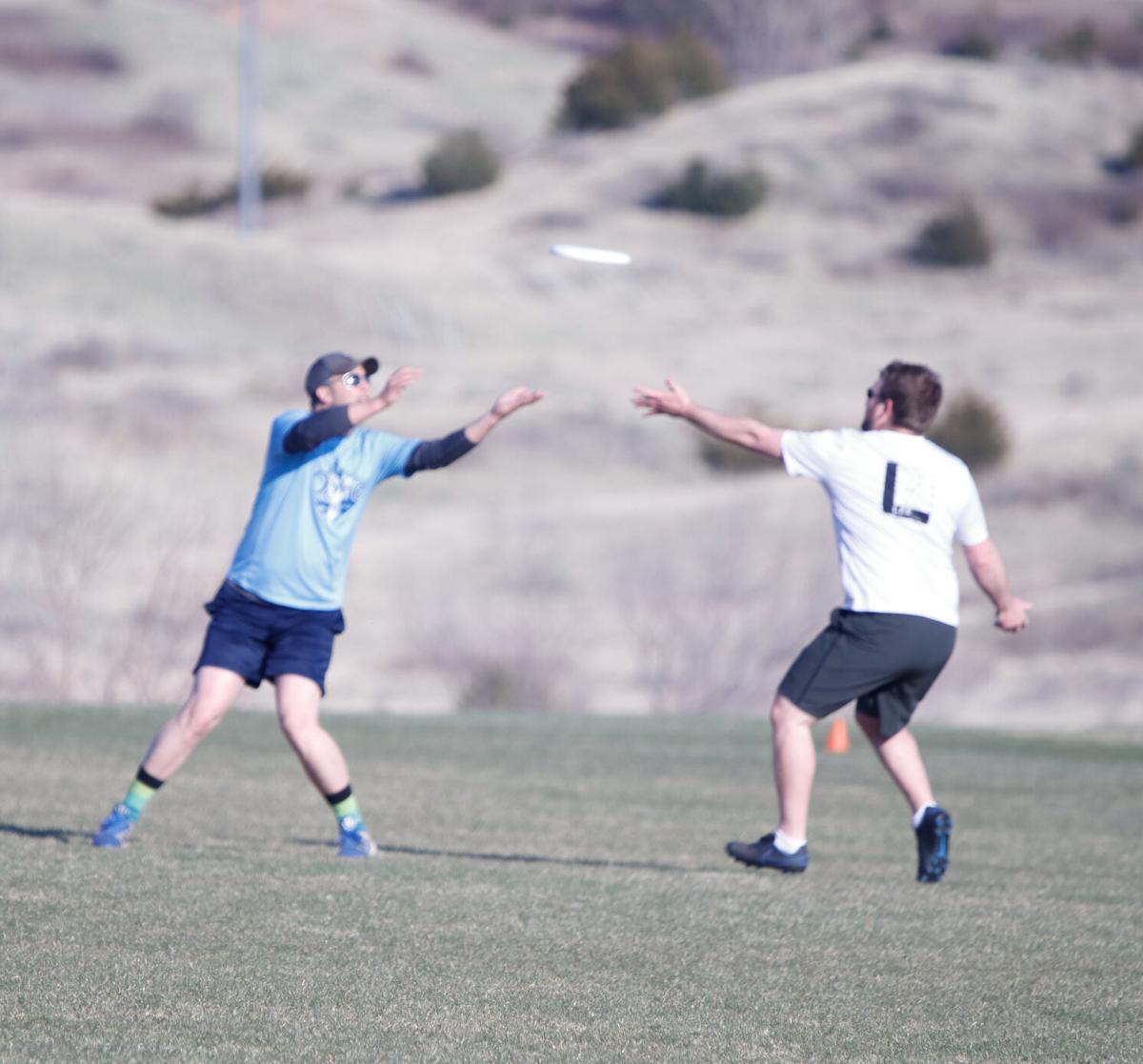 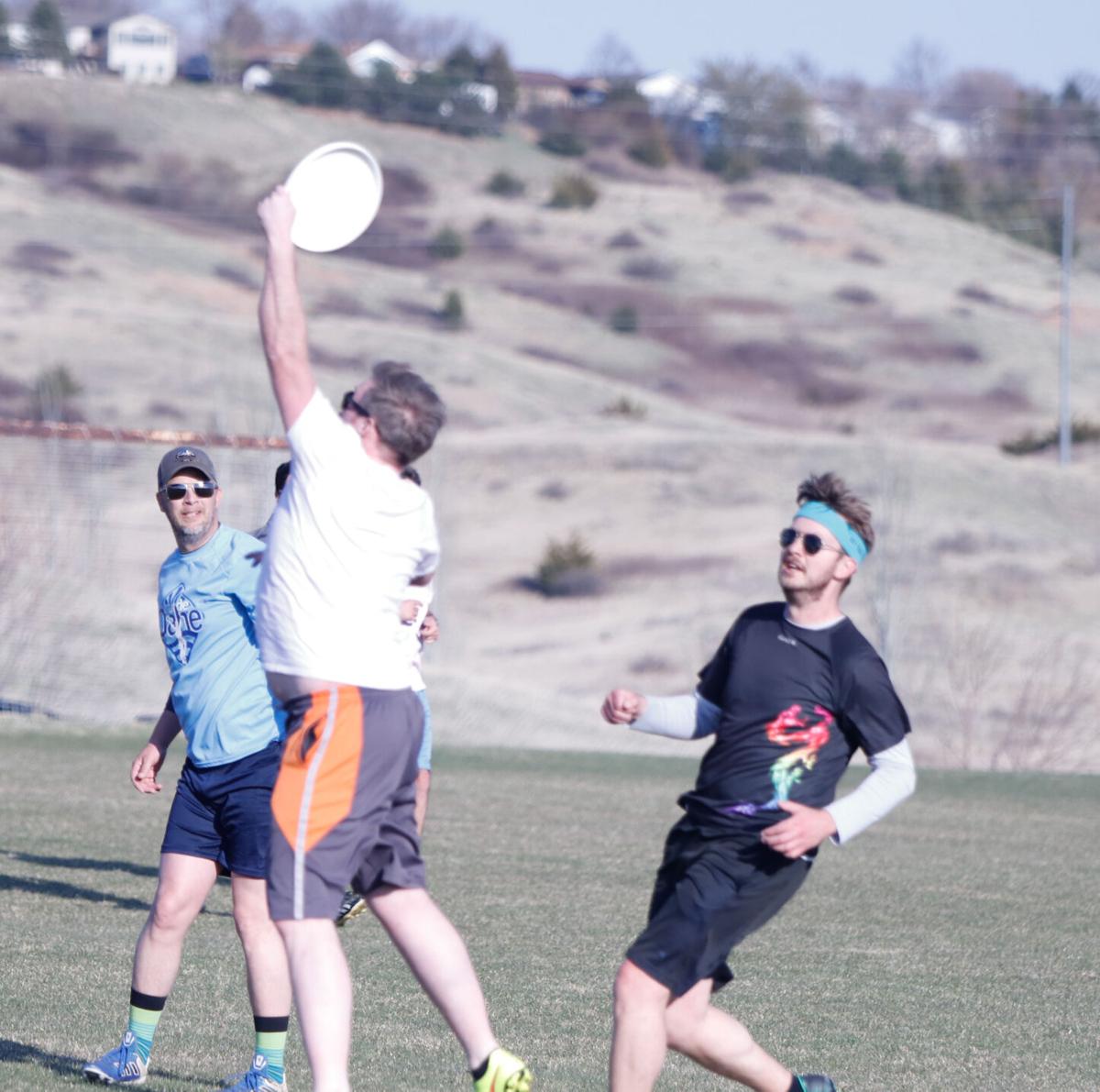 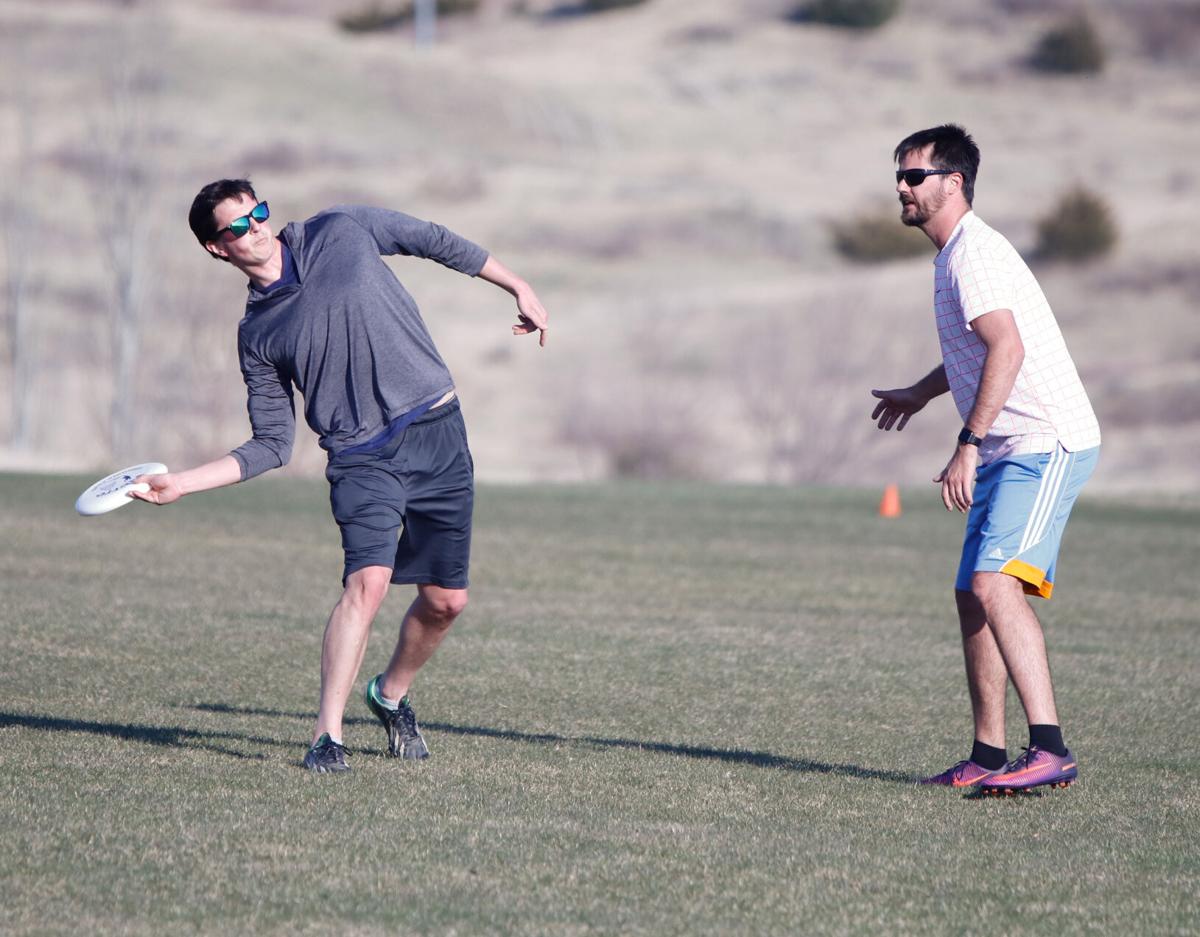 Players compete for a disc during a game of ultimate frisbee at the Hilger's Gulch Soccer Fields in Pierre. For more photos, go to capjournal.com.

On a moderately cool Wednesday night, a white Frisbee flew through the air amongst a throng of humanity at the fields at Hilger’s Gulch.

What exactly was happening? A game of ultimate frisbee.

“It gets me outside,” Kerr told the Capital Journal. “I get to exercise and have some healthy competition.”

Kadoun said that the exercise part is helpful to staying healthy, but there’s another part that she enjoys.

“The people that we play with are probably the best part of it,” Kadoun told the Capital Journal. “Everyone is pretty chill and a lot of fun.”

No records are kept, and there are no set teams. People show up, break into teams, and they go from there. The games start at 5:30 p.m. on Wednesdays. They happen whether it rains or shines...well, unless it’s absolutely pouring out. After the game gets over around 7 p.m., the players can be found at the American Legion afterwards. Kerr said the brews taste a little better after a victory.

“They definitely taste good, especially if it’s been a hot day,” Kerr said. “We’ll get a summer shandy or something like that. We call that team building. That’s our excuse for going down there.”