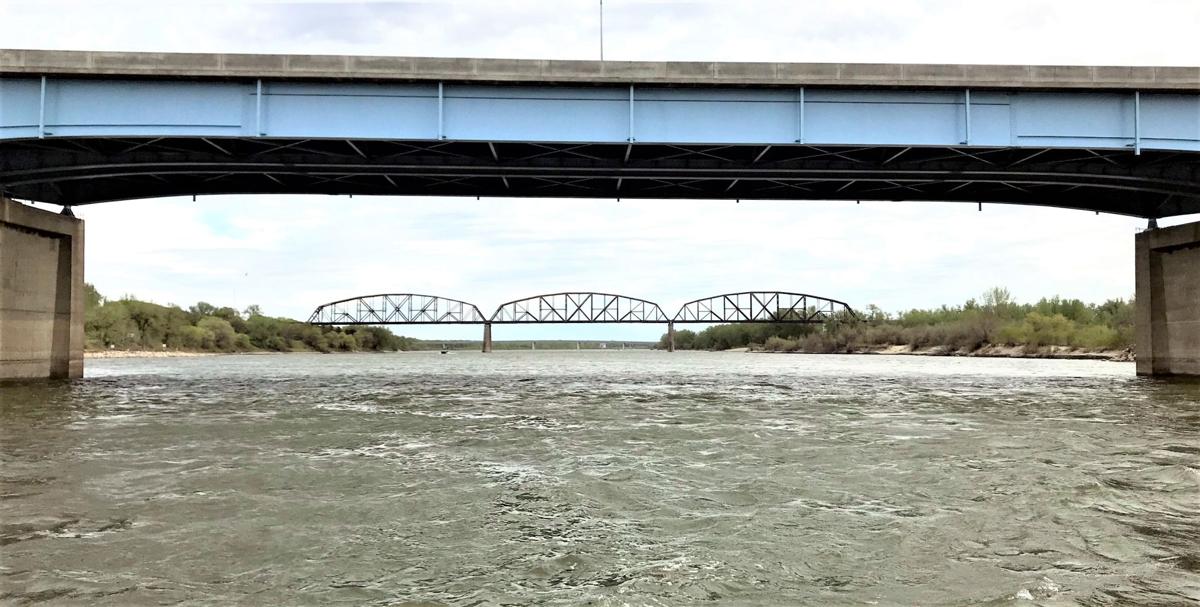 Two opportunities. Bridges on rivers large  - such as these on the Missouri - and small provide current breaks, structure and other elements that attract fish under them and nearby. Explore each one to find spots to catch walleye, bass, catfish and more. 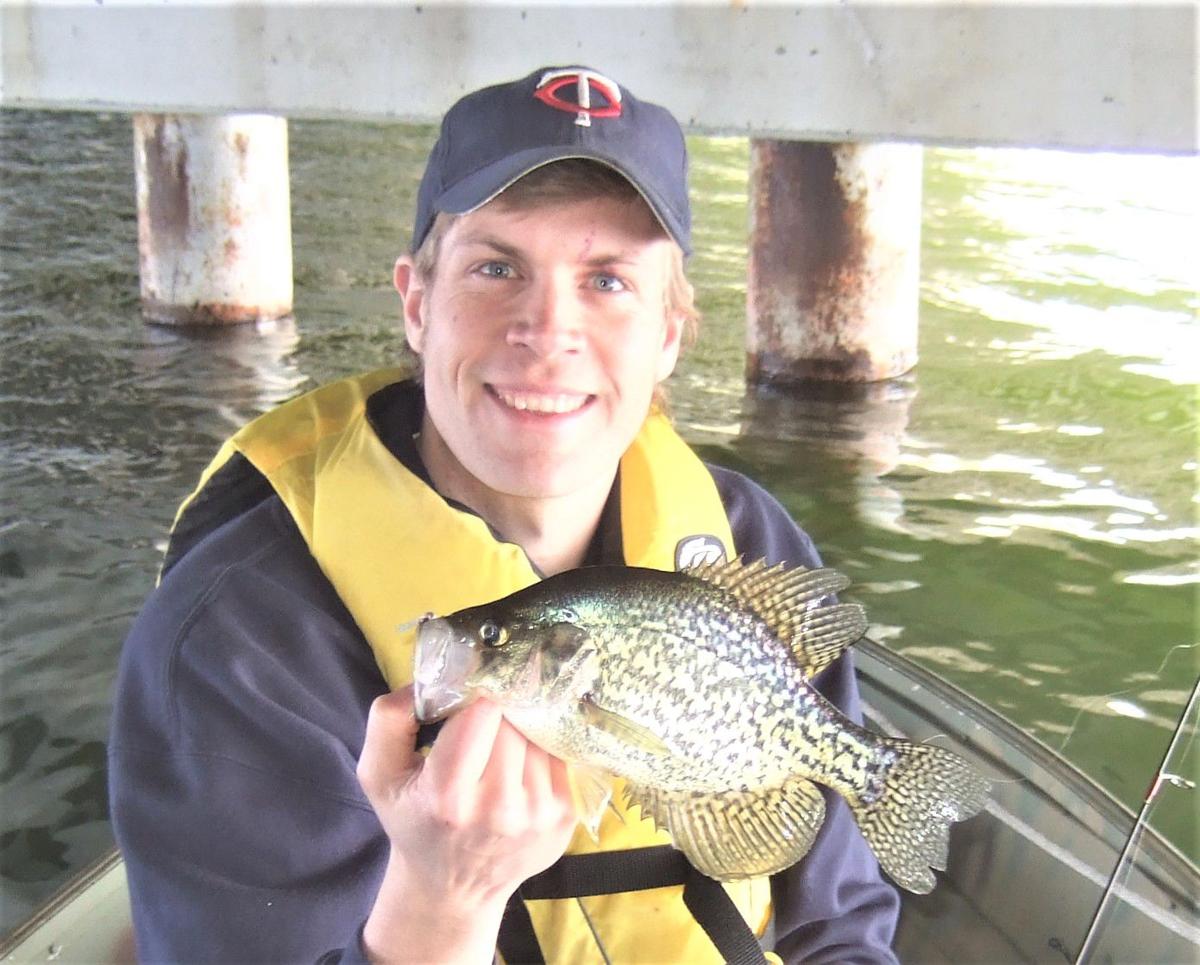 Crappies relate to areas under bridges where they can suspend, pick off food and find the cover they need, all in one place.

Two opportunities. Bridges on rivers large  - such as these on the Missouri - and small provide current breaks, structure and other elements that attract fish under them and nearby. Explore each one to find spots to catch walleye, bass, catfish and more.

Crappies relate to areas under bridges where they can suspend, pick off food and find the cover they need, all in one place.

Bridges provide the many things that a variety of fish species need throughout the openwater season: shade from the sun, structure that attracts food items, holding places in varying depths, and current breaks to help them expend less energy. For these reasons, any bridge can provide fast fishing. Learning to target them and their specific features can increase the odds of success.

In the darkFish don’t have eyelids. Unlike us, they can’t instinctively shut their eyes to a bright light or blink to readjust to changing illumination. Thus, having a place where they can be shaded from the long, sunny days of summer is key to their comfort. Bridges provide a space where fish can duck out of the light until evening comes.

While notable for light-sensitive species like walleyes, fish of all stripes benefit from the shade provided by bridges, and the whole structure and wherever its shadow is cast, provide great staging areas for them. This too also allows fish that feed based on sight, such as the walleye, to ambush prey that are found around the structure or in those areas of transition on the edge of the bridge’s shadow.

Rubble on the doubleWhen bridges are constructed, there’s often a lot of concrete debris that finds its way into the water, and rip-rap and boulders are often used to help deter erosion around a structure’s pillars and bases. This structure also provides a haven for small creatures that big fish eat. When fishing from shore, it’s wise to start shallow and work offerings like jigs and other exploratory baits around these areas that hold crayfish, minnows and other prey to find the fish lurking nearby.

From a boat, target those places around the pillars which may have some debris below on the downstream side. The upstream side of the support structures will often hold logjams and other wood that has drifted downstream and piled up and sunk against them. Work these spaces carefully for bass, crappies and walleyes on a given flow.

Depth changesBridges often have multiple depths associated with their sides and center that give resident fish a number of places to hold and stage, based on changes in weather, air pressure and mood. In those post frontal days, it’s likely that fish will hold deeper or in openwater around a bridge. A slow lure or bait presentation in the deepest run under the structure will connect with walleyes or other species adjusting to the shift in conditions.

When fish are active, however, they’ll likely be up in the shallows along the side channels running under a bridge, or hanging out on the downwind side as current or wind gusts move food through the funnel created by the bridge. Don’t forget to check those holes or areas of open water which may form downstream on a bridge due to this phenomenon.

Take a breakFinally, any bridge in flowing water (which can also be a lake or reservoir, based on inflow and wind conditions) represents a place where predator species can simply loaf and lie in wait for food to come to them. The pillars and their bases break the faster moving water, which forms a slack pocket that fish can stage in and simply dart out and grab any wayward morsel that drifts with the current or wind.

Work these areas from the outer edges on into the middle of the pocket just behind the pillar with jigs, crankbaits and other offerings which can be placed in the strike zone to find where fish are holding. Repeat the process for each pillar, and mark those places that produce, because sometimes an added element of structure, such as a random log or boulder associated with that pocket, makes it the best one on the bridge and always worth a return trip.

Stay connectedWhere legal, connect to a bridge using a rope or a hook made from bent rebar or similar heavy-duty metal that can be easily adjusted as you explore the structure, simply sliding over to the next section to find more fish when done inspecting an area. Also be aware that bridges attract a good amount of traffic – anglers on the shore and boaters passing under the structure – so stay out of casting range for those fishing via foot and avoid anchoring or tying off in designated travel lanes that go under the structure for courteous and safe boating.

Bridges are must-mark structures for fishing with all the benefits they provide many species, from bass, to trout to walleyes to panfish on tiny streams, large rivers and even big lakes. Whatever you may be angling for, key in on all of the factors that make bridges one of the best places to find fish on any water they cross.

Simonson is managing member of Dakota Edge Outdoors, a Bismarck-based media company he founded in 2017. He’s written about hunting, fishing and conservation across the Dakotas for two decades and in January 2020 was named Communicator of the Year by the North Dakota Wildlife Federation.