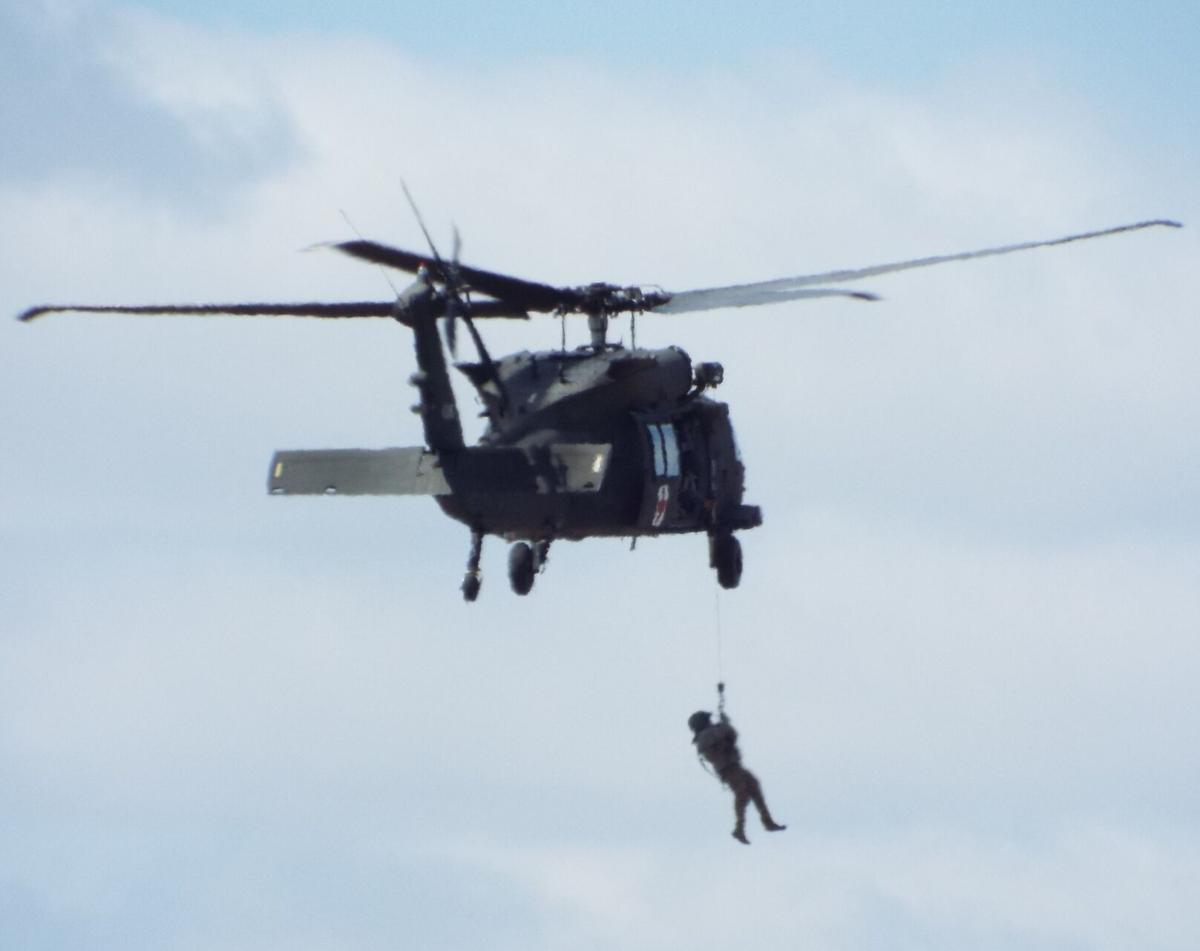 Marylinn Baker took a photo of her son, Spc. Wylin Baker, a flight medic out of Rapid City coming out of a helicopter. 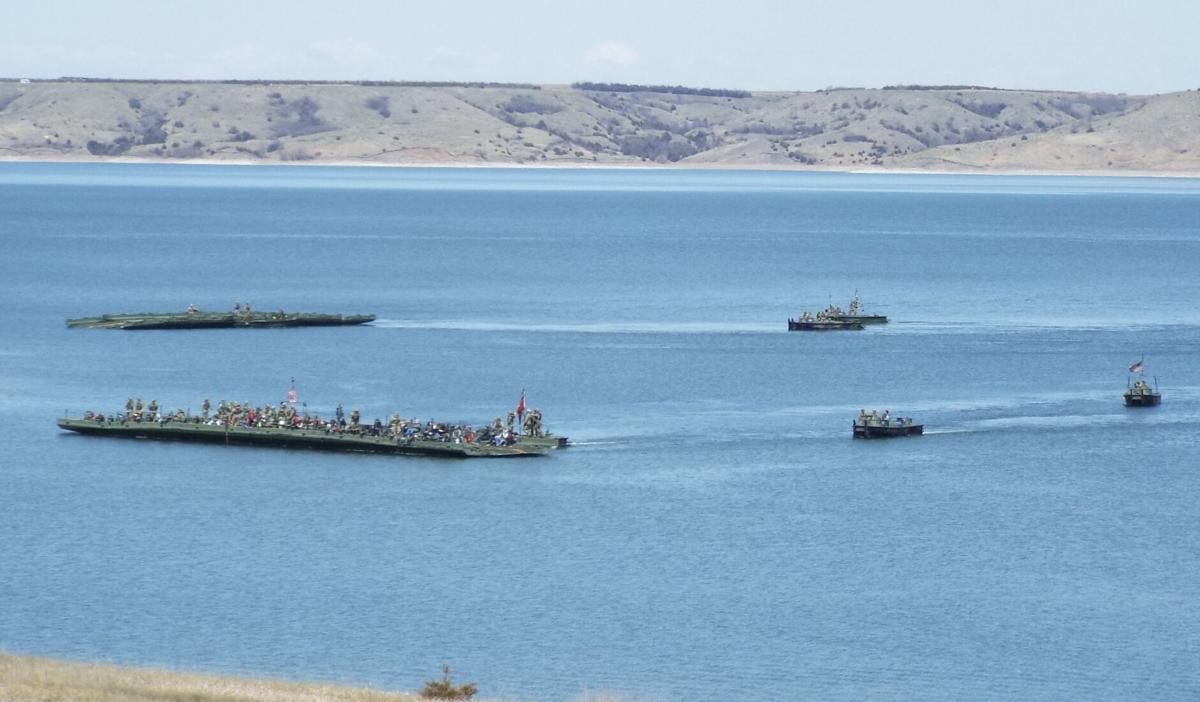 Sgt. Breanne Donnell, 129th Mobile Public Affairs Detachment, reported that the recruiters coordinated with the 153rd Engineer Battalion and the 200th and 211th Engineer Companies during their units’ field training exercise to host the recruiting event. They demonstrated soldier tasks and skills for different military occupational specialties (MOS), allowing potential recruits and newly enlisted soldiers to get close and personal with equipment and operations.

“This is an opportunity for us to get into the field and do some rehearsals for our upcoming annual training,” Lt. Col. Jason Thomson, 153rd Battalion commander, said. “We exercised a lot of different things and tied in really good MOS training with a recruiting event to give back to the community and to show our families what we do out in the field.”

“This event makes me feel like I’m part of something bigger, seeing that I can be out there building bridges and helping the community,” Joshua Strand, recent recruit to the SDARNG, said.

This type of event illustrates daily operations and military procedures, and shows to the public what a day in the life of a National Guard soldier would be like.

“This event has been tremendous and it helps to put the civilian right into the middle of the action of training operations. This is often their first experience in the military, and they are saying it is amazing,” Sgt. 1st Class Dan Heil, SDARNG recruiter, said. “Often events are static displays of equipment and weapons to show them how they work, but they aren’t as good as this. For them to see this in full play is what makes this opportunity truly tremendous.”