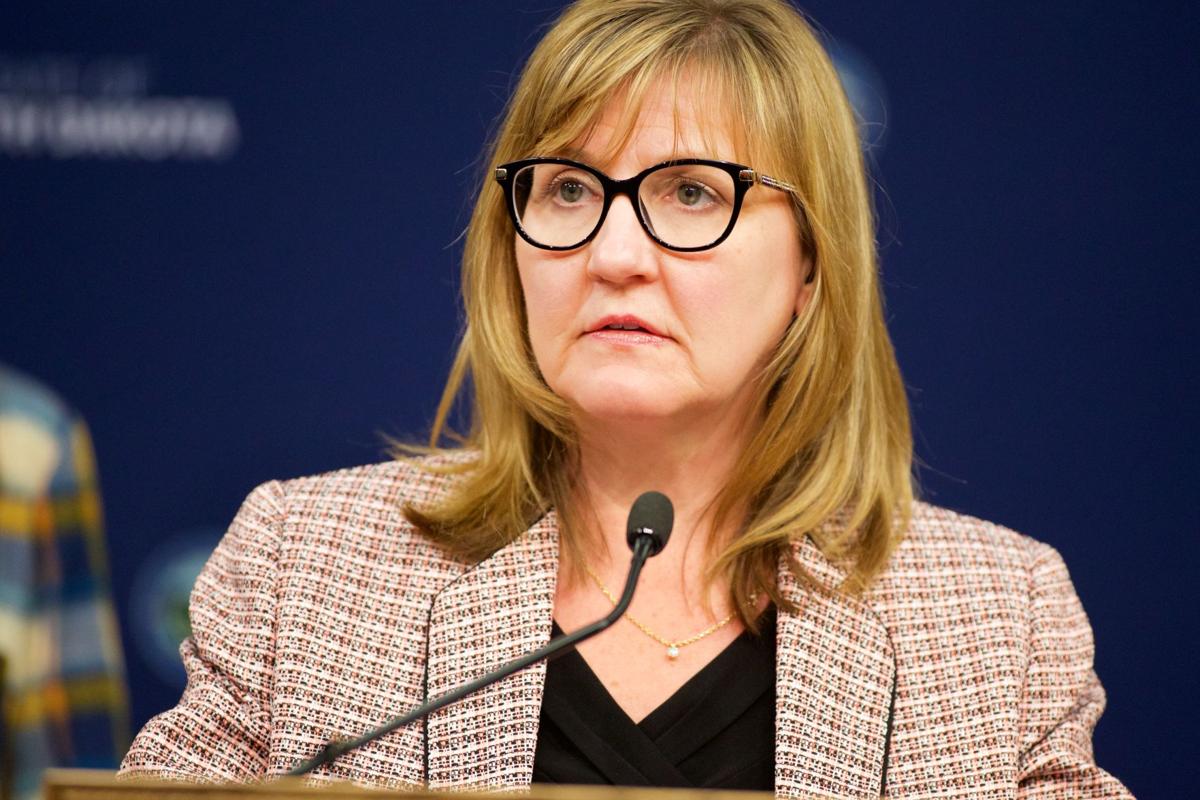 South Dakota Secretary of Health Kim Malsam-Rysdon takes questions from the media pertaining to COVID-19 in the second of her two daily press conferences, this one from the Governor's Large Conference Room in the State Capitol, April 27 in Pierre. 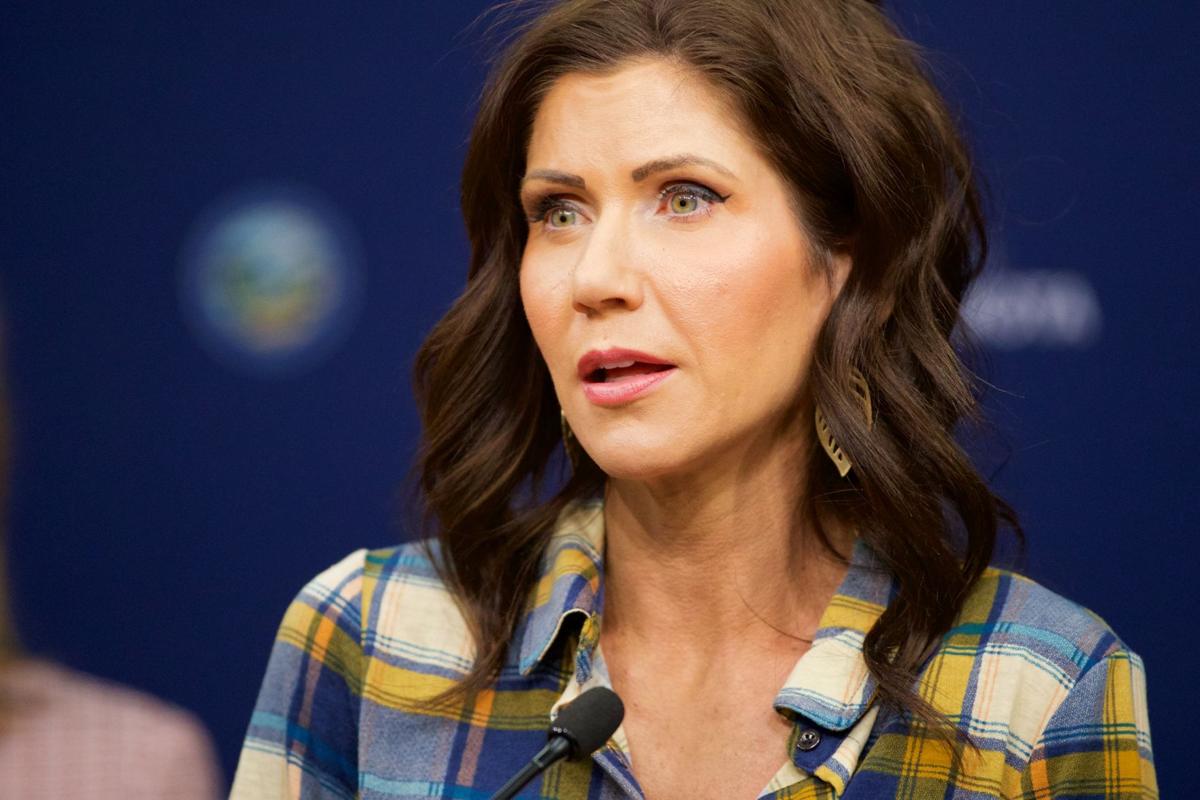 Gov. Kristi Noem responds to questions from the press during her daily COVID-19 update from the Governor's Large Conference Room in the State Capitol, April 27 in Pierre.

South Dakota Secretary of Health Kim Malsam-Rysdon takes questions from the media pertaining to COVID-19 in the second of her two daily press conferences, this one from the Governor's Large Conference Room in the State Capitol, April 27 in Pierre.

Gov. Kristi Noem responds to questions from the press during her daily COVID-19 update from the Governor's Large Conference Room in the State Capitol, April 27 in Pierre.

Native Americans are by far South Dakota’s largest minority group, but their confirmed cases of COVID-19 are minuscule when compared to numbers for those classified as “black” or “Hispanic.”

According to the South Dakota Department of Health website, 20% of those afflicted with COVID-19 in the state are classified as black, while another 19% are considered Hispanic.

Data from the U.S. Census Bureau indicate only 2.4% of South Dakotans identify as black, while just 4.1% fall into the Hispanic category.

In total 69% of South Dakota’s COVID-19 patients are members of minority groups, even though minorities constitute just 19% of the state’s population.

“I think if you look at where we’ve had a lot of cases, it’s in our more diverse communities, and, just tied to the diversity of those communities,” South Dakota Secretary of Health Kim Malsam-Rysdon said during the Monday news conference at the State Capitol in Pierre.

The Capital Journal then asked if many of these infected patients were employees or contacts of the closed Smithfield Foods pork packing plant in Sioux Falls. Malsam-Rysdon acknowledged the “diverse workforce” of the meat packing facility, but said she could not provide specific numbers regarding the demographics of COVID-19 patients related to the plant.

“We talked a little bit about the need to, you know, use interpreters to work with many of the individuals that work at Smithfield,” Malsam-Rysdon said. “There is something like 70 dialects spoken there.”

Despite the trouble facing blacks and Hispanics, the percentage of South Dakota COVID-19 patients classified as Native American (4%) is lower than their percentage of the state’s population (9%).

“On a rare bit of good news, the American Indian rate is 4%, so that’s actually less than their population density would indicate,” Malsam-Rysdon added.

According to a Friday statement from Smithfield Foods, the Virginia-based firm is proud of the “multiculturalism” at the Sioux Falls plant. This was part of a company effort to combat what its officials called “misinformation.”

“We proudly provide an opportunity for thousands of employees, many of whom have come to our country in pursuit of the American Dream, to make a living and provide for their families,” the statement reads. “In Sioux Falls, for example, our base wage rates range from $15 to $29 per hour.”

Federal Stimulus MoneyMeanwhile, Gov. Kristi Noem on Monday said she has spoken with both President Donald Trump and U.S. Senate Majority Leader Mitch McConnell, R-Ky., about getting some “flexibility” with the state’s portion of the $2.2 trillion CARES Act.

During the last month, more than 26,000 South Dakotans have filed initial unemployment claims. This, Noem believes, will result in declines across the economy, which she said is causing “substantial decreases to our sales tax revenue.”

“We have a very thrifty state government. We have a state constitution that requires us to balance our state budget,” Noem said Monday. “Our fundamental source of revenue for taking care of people is sales tax; and that was dramatically impacted when the president recommended that people stay home for 15 days. Even though it wasn’t mandated in our state, people did.”

Noem said her office has about $1.25 billion in federal money to allocate, while another $320 million went directly to universities and other organizations around the state.

“There are some folks that are really starting to understand the impact that’s happening to states,” Noem said regarding her conversations with federal officials.

“I understand their desire not to want to bail out states that, maybe, have bad pension funds, or have overspent in years past,” Noem added. “There is a way to build accountability into it.”

Noem added that on Tuesday, she plans to unveil her “Back to Normal” plan for getting South Dakotans back to work and school in an orderly fashion.