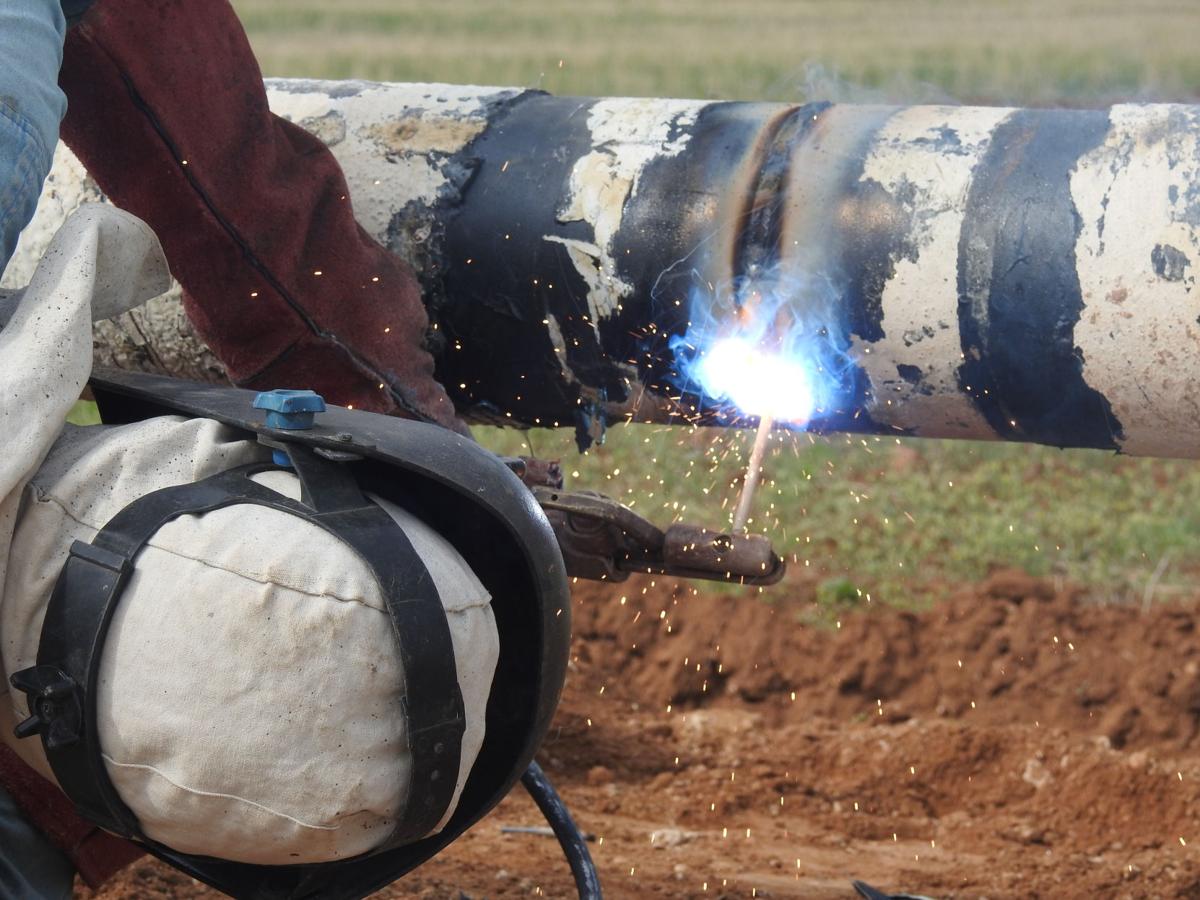 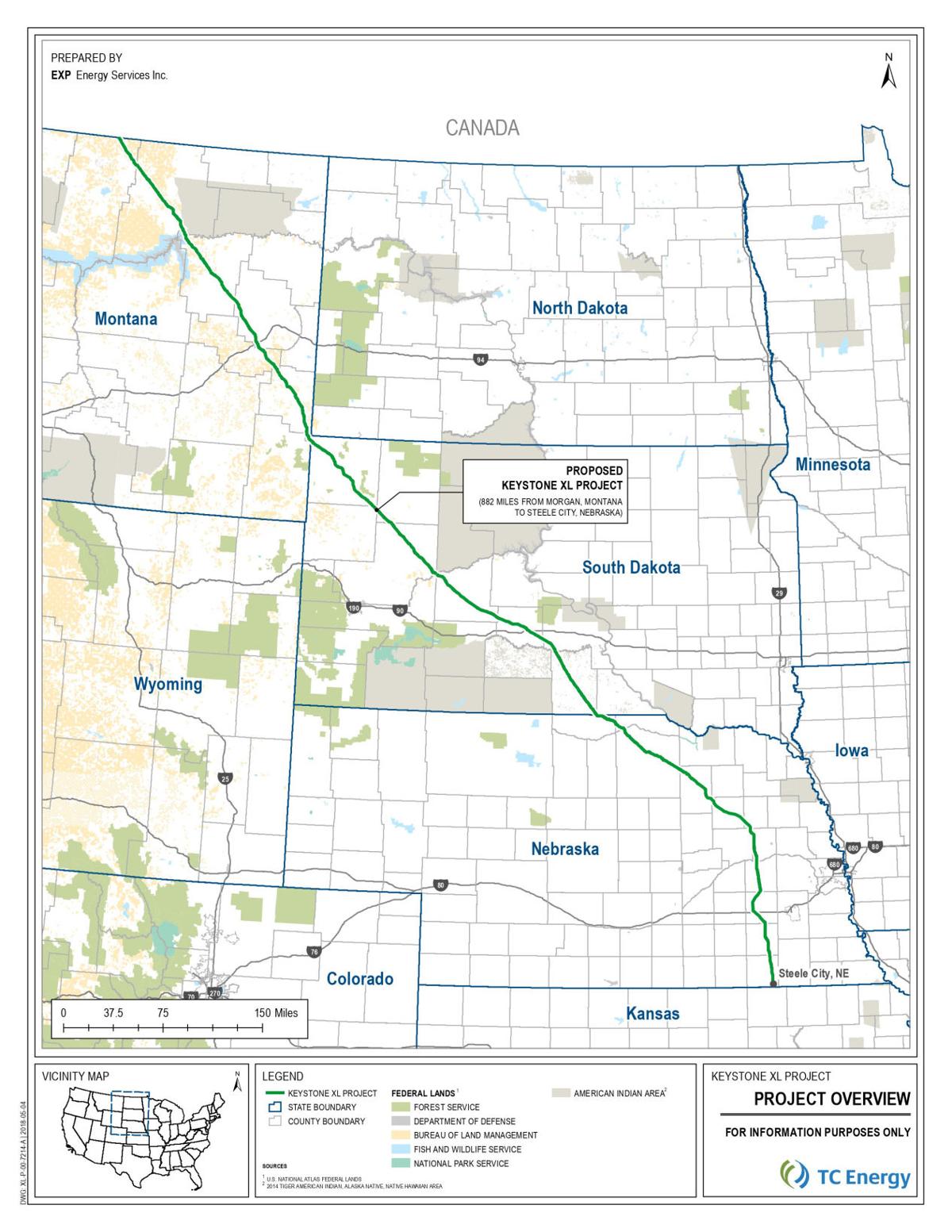 The green line shows the planned path for the $8 billion Keystone XL Pipeline, a project that endeavors to ship 830,000 barrels of Canadian oil per day through South Dakota on the route to Steele City, Nebraska. From there, the oil would head further south toward Gulf Coast refineries.

The green line shows the planned path for the $8 billion Keystone XL Pipeline, a project that endeavors to ship 830,000 barrels of Canadian oil per day through South Dakota on the route to Steele City, Nebraska. From there, the oil would head further south toward Gulf Coast refineries.

As businesses across North America struggle to survive amid the COVID-19 pandemic, the firm responsible for the Keystone XL Pipeline actually increased profits by $150 million compared to this time last year.

And despite an April ruling by a federal judge that again delayed the $8 billion pipeline, TC Energy officials remain confident the controversial conduit will be shipping Canadian oil across 316 miles of South Dakota by 2023.

“We appreciate the ongoing backing of landowners, customers, Indigenous groups and numerous partners in the U.S. and Canada who helped us secure project support and key regulatory approvals as this important energy infrastructure project is poised to put thousands of people to work, generate substantial economic benefits and strengthen the continent’s energy security,” TC Energy President and CEO Russ Girling said on Friday upon releasing his company’s first quarter earnings statement.

Formerly known as TransCanada, TC Energy officials on March 31 reported they had begun working on the giant oil pipeline. They are proceeding at this time as global oil prices continue to slide.

The strategy is for seven pump stations to propel the Canadian crude on a southeastern path through South Dakota: Two in Harding County, one each in Meade, Haakon and Jones counties, and two in Tripp County. The U.S. Pipeline and Hazardous Materials Safety Administration (PHMSA) states that a pump station is “used to transport unrefined petroleum, petroleum products, and liquefied natural gas through pipelines.”

Overall, plans are for the Keystone XL to extend 1,210-miles from Hardisty, Alberta, Canada to Steele City, Nebraska, cutting through Montana and South Dakota along the way.

Upon reaching Steele City, Nebraska, it would connect with other TC Energy infrastructure to send the crude further south to refineries in east Texas.

The Keystone XL will be capable of transporting up to 830,000 barrels of oil per day, TC Energy officials said.

Last month, U.S. District Judge Brian Morris of Montana ruled the U.S. Army Corps of Engineers violated the law when it approved Nationwide Permit 12, a key water crossing permit for the pipeline. The giant Missouri River fish known as the pallid sturgeon is among the forms of wildlife Morris of Montana said the project may endanger.

“It was true a decade ago, and it’s just as true today: Keystone XL would be a bad deal for the American people and should never be built,” senior attorney Doug Hayes of the San Francisco-based Sierra Club said last month.

“In addition, we thank the many government officials across North America for their advocacy without which, individually and collectively, this project could not have advanced,” he said.

Meanwhile, even as the price for a barrel of crude oil remains depressed due to decreased global demand, TC Energy reported earnings of $1.15 billion for the first three months of 2020. This compares to earnings of $1 billion for the 2019 first quarter, resulting in the $150 million year-to-year increase.

“Our strong financial position and continued access to capital markets will enable us to prudently fund our now $43 billion secured capital program in a manner that is consistent with maintaining our solid credit ratings and targeted credit metrics,” Girling said Friday.

“The availability of our infrastructure has remained largely unimpacted by recent events with utilization levels robust and in line with historical norms. With approximately 95% of our comparable EBITDA (earnings before interest, taxes, depreciation and amortization) generated from regulated assets and/or long-term contracts, we are largely insulated from short-term volatility associated with volume throughput and commodity prices,” he added.