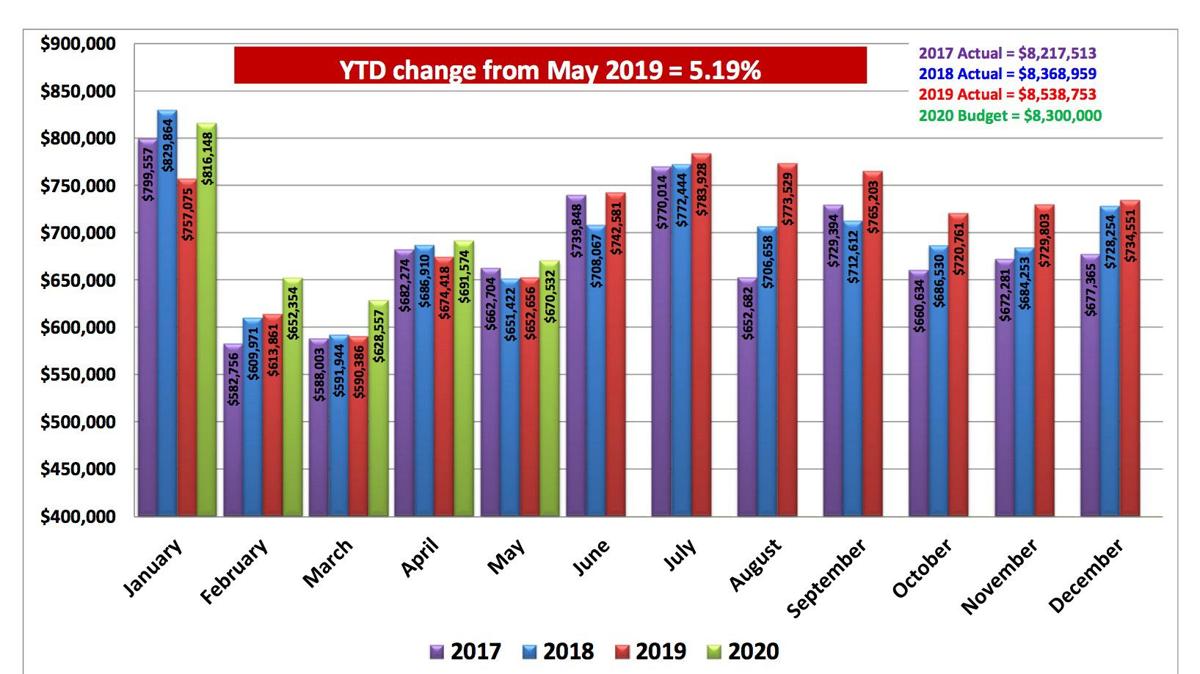 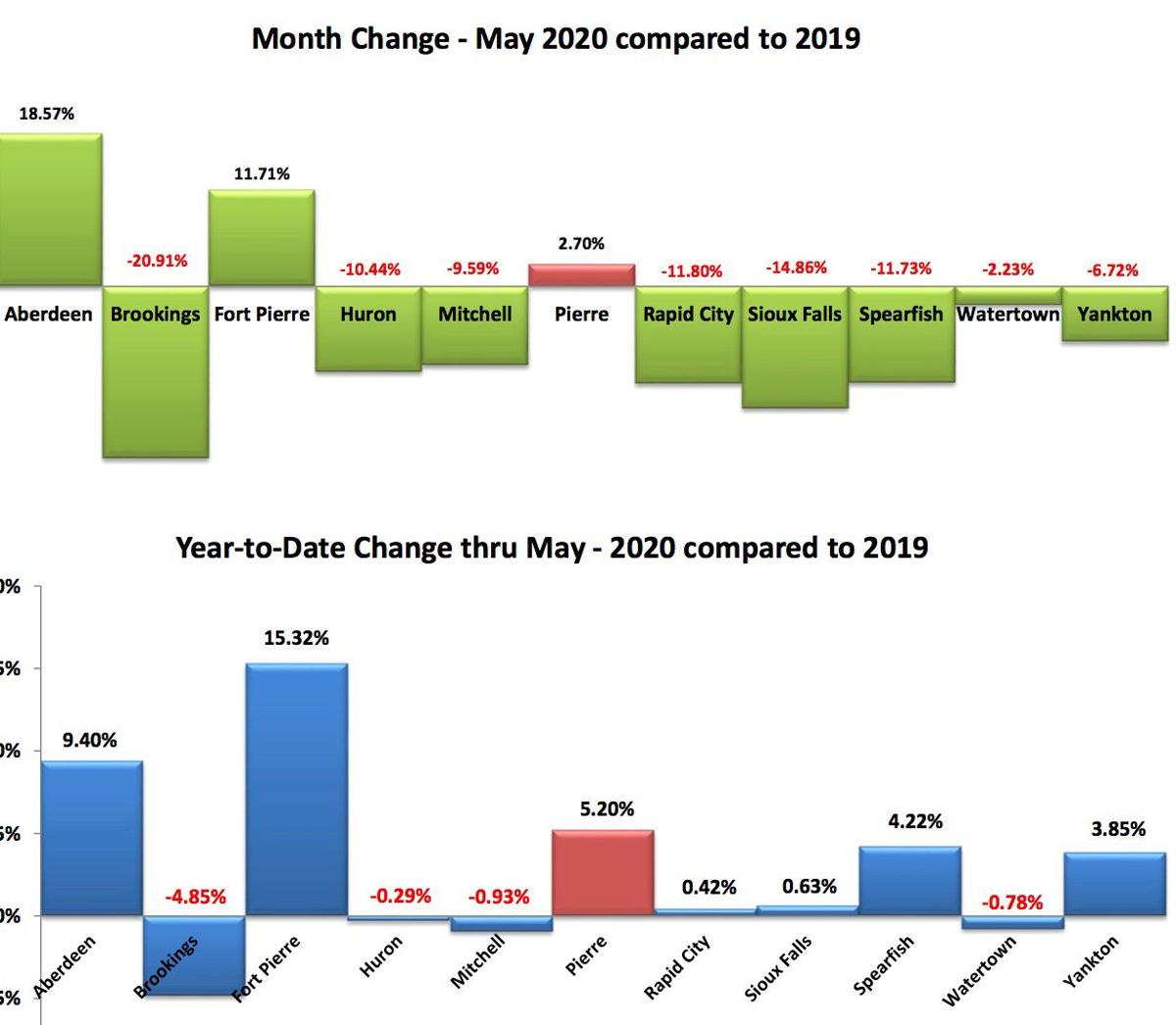 State sales tax figures for South Dakota cities show Pierre and Fort Pierre have been running well above 2019 sales tax collections in the first five months of 2020, while most other large cities in the state have seen smaller or negative comparisons, according to Pierre Finance Officer Twila Hight.

State sales tax figures for South Dakota cities show Pierre and Fort Pierre have been running well above 2019 sales tax collections in the first five months of 2020, while most other large cities in the state have seen smaller or negative comparisons, according to Pierre Finance Officer Twila Hight.

Fort Pierre and Pierre show healthy, well above average increases in sales tax revenues in the first part of 2020, which seems to be at odds with expectations for the effect of the COVID-19 pandemic and what most other South Dakota cities are experiencing, city leaders said this week.

Pierre Mayor Steve Harding credited the city’s policy of not shutting down businesses, as some cities have done, but relying on business owners and the customers to be careful and to follow federal and state guidelines for safety in the pandemic. Fort Pierre Mayor Gloria Hanson has said her city has taken a similar approach to dealing with the pandemic, relying on the judgment of business owners and customers.

In the first four months of 2020, Fort Pierre’s sales tax revenues have totaled $378,495.29, the most for any January-April period going back at least to 2011, according to Heezen’s figures.

She said increased grocery store purchases during the COVID-19 pandemic, along with the new Casey’s convenience store and gas station, are two main reasons for the increase at a time many might have expected sales tax revenue to slump.

According to figures from Pierre City Finance Officer Twila Hight, the city’s 2020 sales tax revenue is up 5.2% through May, compared with the first five months of 2019.

Aberdeen showed a strong increase, too, of 9.4% in sales tax revenues in the first five months of the year compared to January-May in 2019, Hight said.

Most of the other “Class 1 municipalities” in the state — cities with 5,000 or more people — showed smaller increases, or decreases, so far in 2020, Hight said.