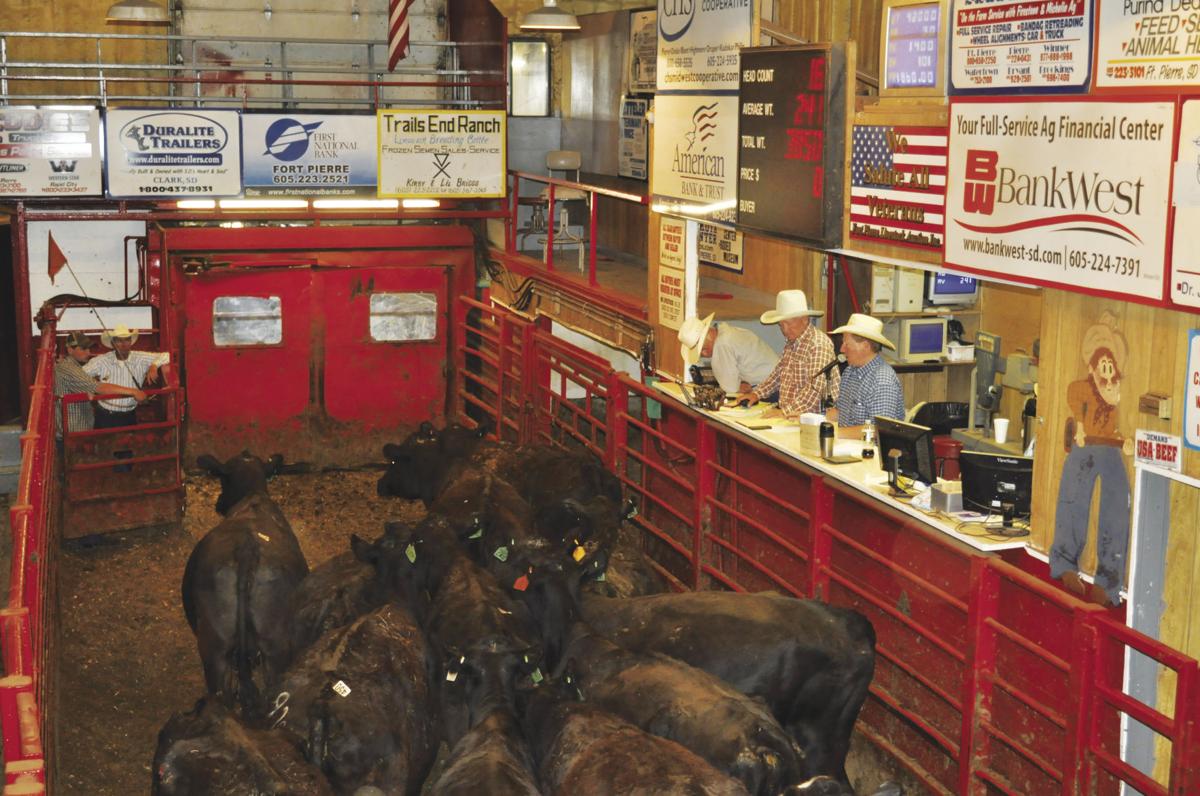 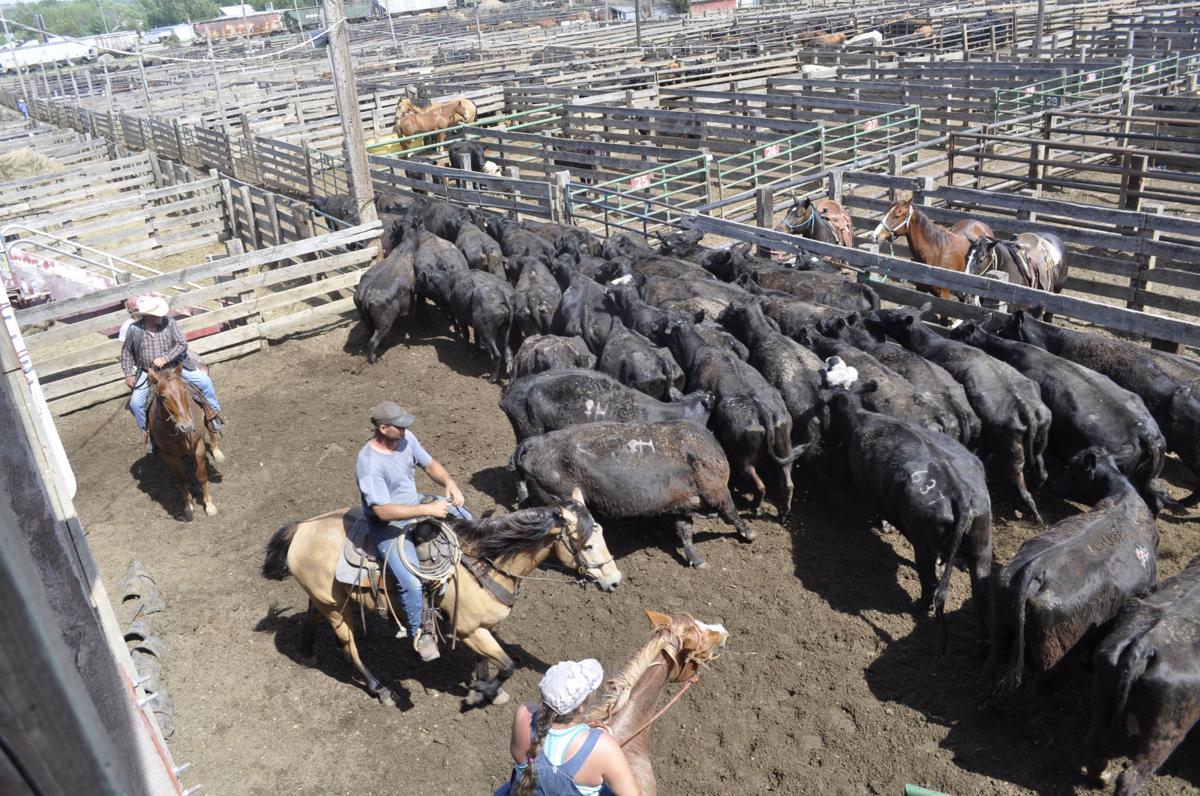 Some of the 85 or more employees of Fort Pierre Livestock Auction battled record heat in June 2017  as they penned cows sold by ranchers running out of pasture and hay in the drought conditions in western South Dakota. 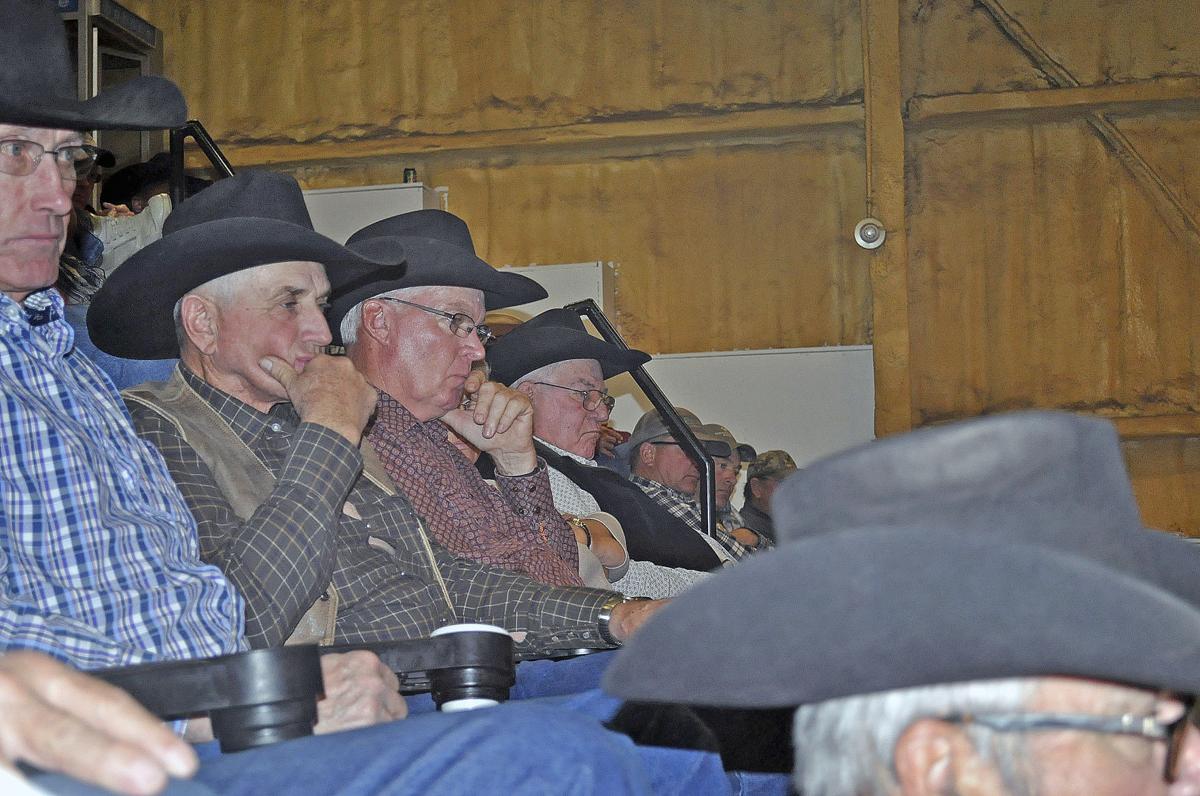 The Fort Pierre Livestock Auction hosted a meeting in November 2016 on how to protect American cattle producers from the impact of imported beef, after Congress repealed the Country of Origin Labeling law, or COOL.

We have lifted the paywall on this story. To support essential reporting, please consider becoming a subscriber.
1 of 3

Some of the 85 or more employees of Fort Pierre Livestock Auction battled record heat in June 2017  as they penned cows sold by ranchers running out of pasture and hay in the drought conditions in western South Dakota.

The Fort Pierre Livestock Auction hosted a meeting in November 2016 on how to protect American cattle producers from the impact of imported beef, after Congress repealed the Country of Origin Labeling law, or COOL.

The effect of the COVID-19 pandemic is hitting close to home with South Dakota cattle producers and at Fort Pierre Livestock Auction.

The sales ring sells mostly calves born and pastured in South Dakota, usually thousands each Friday, as “feeder cattle,” from 350 pounds to 800 pounds. The buyers get them fed up to “fat cattle” status of about 1,350 pounds when they are ready to be slaughtered at processing plants and turned into beef.

For decades, cattle producers have said there is collusion that keep prices low to producers.

The pandemic of recent weeks has added a twist: as restaurants have closed, people have filled grocery stores, some in ‘panic-buying” mode, and that’s increased demand for beef, among other things.

“The COVID-19 virus has been used as a tool by the packing industry to lower the price of fat cattle to the producers,” Hanson told the Capital Journal on Thursday. “At the same time, the consumer has been stocking up on beef, which has created high demand for beef.”

The margin between low prices that producers are receiving for their cattle and what packers are making on the hot retail beef market have rarely been this large, Hanson said.

Prices for fat cattle were mostly under $1.20 per pound this week, after being mostly around $1.42 for several months

Meat packers are making a profit of $600-$700 a head on fat cattle, based on the margins between the high prices for boxed beef versus what packers are paying producers for fat cattle on the hoof, Hanson said.

Meanwhile, those selling cattle to packers are losing $300-$400 per head “on the cattle being killed now,” Hanson said. That means those producers, to re-fill their feedlots, won’t be able to offer impressive prices to ranchers bringing in calves to Fort Pierre.

In Chicago, futures prices for cattle fell to near 10-year lows on Monday, March 16, according to news reports. Before Monday, beef prices had fallen about 20% since mid-January.

In recent days, the rush of people to grocery stores to stock up, even while restaurants in many cities have closed, has pushed beef prices higher.

“Packers are using the corona virus to depress cattle prices to producers and at the same time, consumers are buying beef like crazy, “Hanson said. “Retail beef prices are as high as they’ve ever been. . . It’s price-gouging the consumer.”

Hanson said he and his father, Dennis Hanson, were on a teleconference Thursday with U.S. Sen. Mike Rounds, R-S.D., who is from Fort Pierre. Hanson has also talked recently with U.S. Rep. Dusty Johnson, R-S.D., about his concerns..

On Thursday, Rounds and U.S. Rep. Dusty Johnson, R-SD, called for federal help for “cattle country” — as Johnson put it, as part of any legislation to battle the COVID-19 pandemic.

“In recent years, cattle producers have suffered from an undervalued product and low market prices—despite a consistent and growing demand for U.S. beef,” Rounds said in a news release. “This has only intensified in recent months following a fire at a meatpacking facility, and now, the spread of COVID-19. We’re at the point where many South Dakota ranching families are on the brink of going under. This is unacceptable. However, there are steps we can take to reverse this trend, if we act now.

“Today, I’ve taken a number of steps that I believe would provide much-needed assistance for our cattle producers. This includes providing immediate relief for cattle producers who are being unfairly harmed due to COVID-19 market disruption, supporting efforts to reinstate Mandatory Country of Origin Labeling (MCOOL), and urging a federal investigation into multiple allegations of anti-trust violations by meat packers.”

“Ranchers are resilient. They can handle the uncertainty of weather, the free market and other challenges that come their way. However, the COVID-19 pandemic is like nothing we've seen before and the cattle market has been in a free fall as a result,” Johnson and Marshall said. “Additionally, we’ve seen the box beef--live cattle spread widen, leaving no margin for struggling producers as beef flies off grocery store shelves. We are committed to maintaining the supply chain and doing everything in our power to work toward functioning, competitive markets that allow independent producers to thrive. But in the short term, we need relief immediately. As such we are requesting that any deal provides for an increase in the borrowing authority to $50 billion and fully funds the replenishment of the Commodity Credit Corporation, as well as ensures that livestock are eligible for assistance in this time of need.”

Hanson said he hopes Rounds’ calls for a congressional investigation into possible packer collusion and to revive COOL, and make it mandatory, get heard.

Hanson said four years ago Congress repealed the “country of origin labeling,” or COOL, that was designed to allow U.S. consumers to know they were buying U.S. beef.

“So now, a consumer could buying beef labeled as a product of the United States could be buying U.S. beef, but they could be buying beef from Australia, New Zealand, or Mexico, up to 20 different countries,” Hanson said. Packers can import beef, repackage it after minor processing, and sell it as U.S. beef. “So they can import foreign beef to help depress the prices they have to pay us producers.”

At the sale barn in Fort Pierre, the numbers have been lower than normal recently, mostly because ranchers don’t want to sell their calves when the market for them is low.

The close atmosphere of a sale barn with a lot of buyers and sellers is the kind of gathering city, state and national officials have been discouraging.

Hanson said he is telling his customers they can stay home and take part in the live bidding via the internet, and some do.

On Friday, March 20, the Livestock Auction will have a relatively small sale: several hundred “weigh-ups” of cows and bulls, but not feeder cattle, Hanson said.