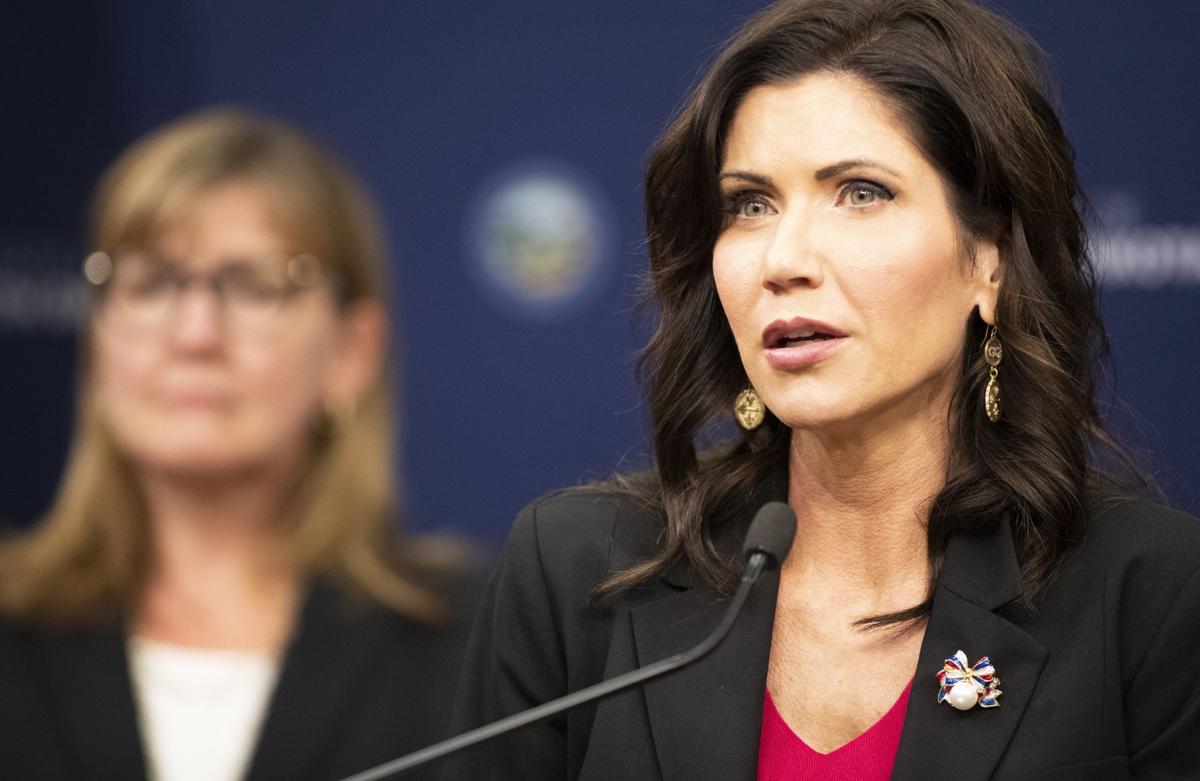 As South Dakota Secretary of Health Kim Malsam-Rysdon looks on at left, Gov. Kristi Noem addresses the media from the State Capitol, May 19 in Pierre. 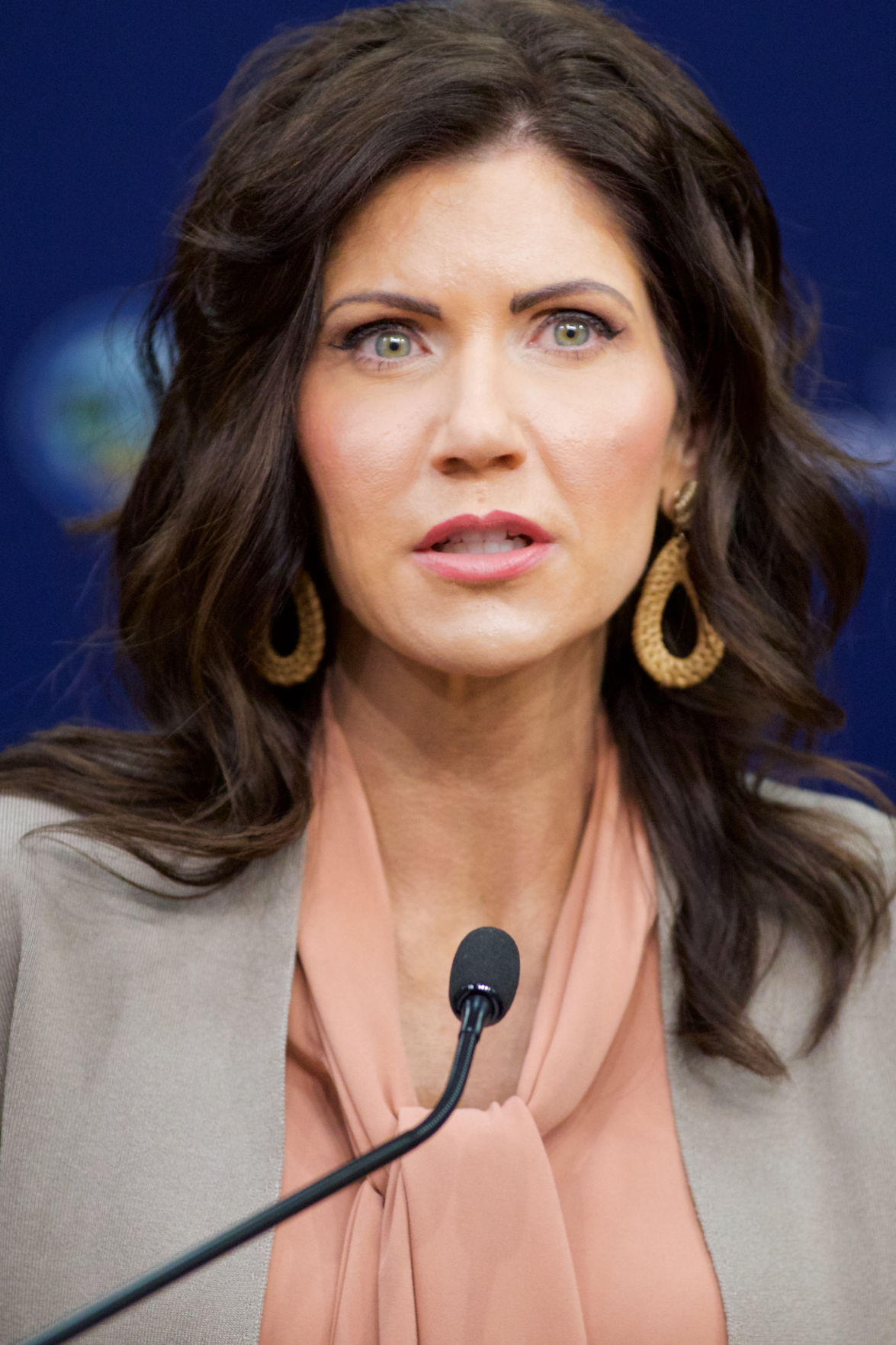 Gov. Kristi Noem speaks during a news conference in the State Capitol, June 4 in Pierre.

As South Dakota Secretary of Health Kim Malsam-Rysdon looks on at left, Gov. Kristi Noem addresses the media from the State Capitol, May 19 in Pierre.

Gov. Kristi Noem speaks during a news conference in the State Capitol, June 4 in Pierre.

Even when accounting for the fact Minnesotans are packed into their state’s boundaries about six times as tightly as South Dakotans are into theirs, the death rate among South Dakota COVID-19 patients is only about one-third of that faced in Minnesota.

And unlike Minnesota and other “blue” states, South Dakota has kept its COVID-19 death rate relatively low without mandating a “shelter-in-place.”

Now, while continuing to raise her national profile at a time President Donald Trump may be looking for a new running mate to invigorate his re-election campaign, Gov. Kristi Noem is hoping to capitalize on South Dakota’s management of the COVID-19 pandemic by urging people to move to the state.

“If you’ve seen how South Dakota has managed this pandemic and you like what you’ve seen, come to South Dakota,” Noem said via video message last week.

“To those professionals who will be working from home permanently, if you value our way of life, where people love freedom, smaller communities and lots of wide open spaces, I want you to think about doing your work from a new home in South Dakota,” Noem added.

On Monday, the Capital Journal compiled data from the U.S. Census Bureau and the Centers for Disease Control and Prevention. This was to determine how well South Dakota has done at slowing the spread of COVID-19 in comparison to other states, while accounting for the fact these states have both higher populations and higher population density.

Population density measures how many people are in a particular area. For example, census information shows South Dakota has 10.7 people for every square mile.

By extreme contrast, jammed between the megalopolises of New York City and Philadelphia, New Jersey has 1,196 people per square mile.

Following, there will be a list of states, along with their rate of COVID-19 deaths per person. Using this measure, the higher the number, the better the state has done at protecting residents from dying of COVID-19:

In contrast to South Dakota, every other state listed has a Democratic governor who issued some form of a shelter-in-place mandate.

Noem continues working to bring more businesses and residents to South Dakota, all while taking to national airwaves to do so.

“What we focused on in South Dakota is personal responsibility, giving people the facts,” she said of the COVID-19 combat efforts during an interview on the Fox Business Network last week.

“I had real honest conversations with them — gave them what we knew about the virus, things that they could do as guidance. People overwhelmingly responded,” Noem added.