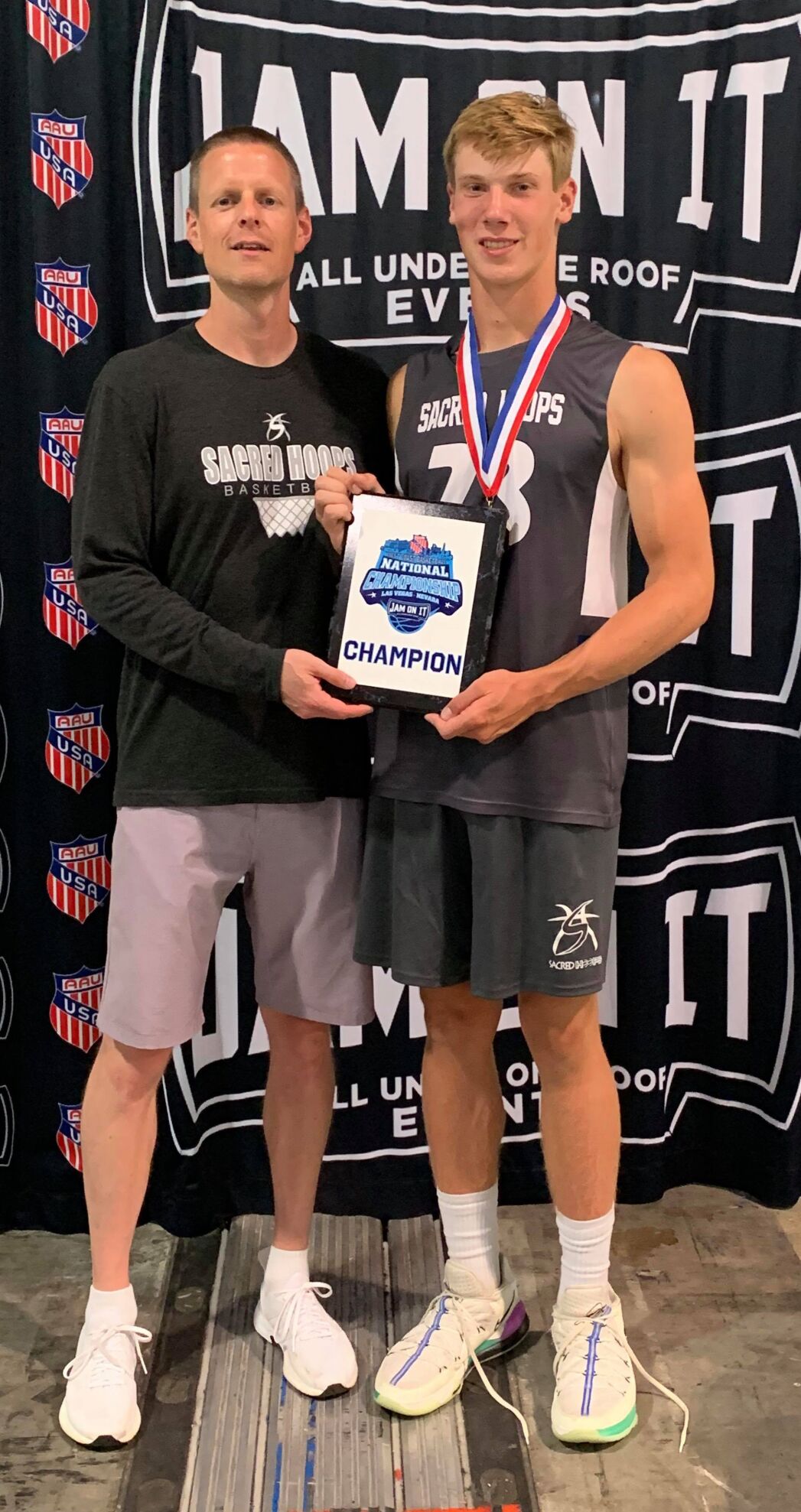 Pierre's Jackson Edman, right, was a part of the Sacred Hoops team coached by Allan Bertram that won the AAU West Coast National Championship in Las Vegas this past weekend. 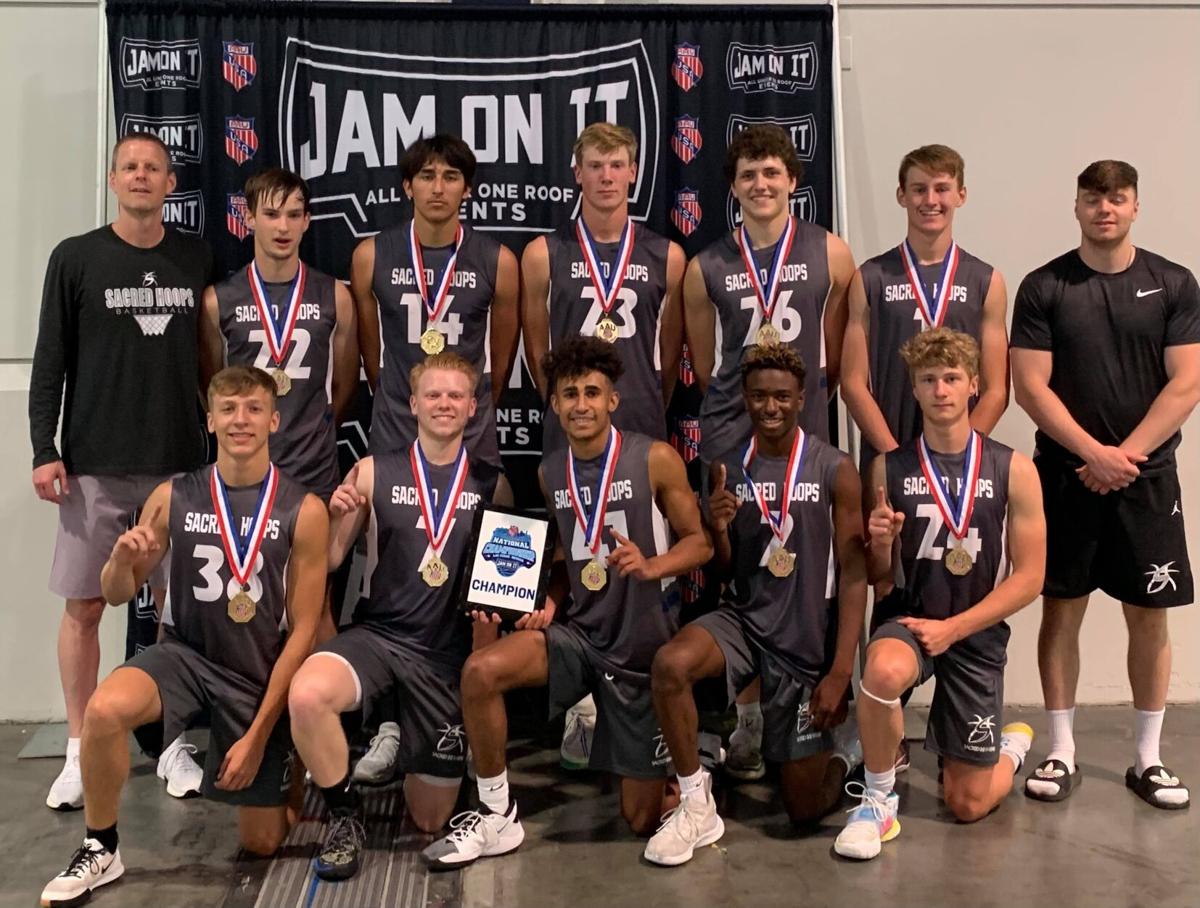 Pierre's Jackson Edman, right, was a part of the Sacred Hoops team coached by Allan Bertram that won the AAU West Coast National Championship in Las Vegas this past weekend.

The Sacred Hoops team coached by Allan Bertram, and featuring Pierre’s Jackson Edman came home with a championship after winning the AAU West Coast National Championship at the Las Vegas Convention Center this past weekend. The tournament featured action on 26 courts, with over 250 teams participating in the tournament.

“It was maybe the single greatest defensive effort that I have ever been a part of,” Bertram said. “We had two college refs working our game, and they both said it was some of the best defense they had ever witnessed.”

The championship for Sacred Hoops was the first AAU West Coast National Championship for a South Dakota team since the days of Mitchell legend Mike Miller in the late 1990s. Bertram said he was impressed by what his team was able to accomplish.

“Bringing home a national championship on a stage such as Vegas for a group of South Dakota kids is so impressive,” Bertram said. “Most importantly, it is a memory and experience that will last their lifetime.”