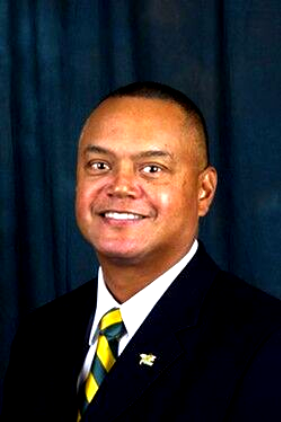 Tom Jackson Jr., former president of Black Hills State University in Spearfish, went on leave this week as president of Humboldt State in California after his son, TJ Jackson, died in a car crash Tuesday, Oct. 6, near Spearfish. 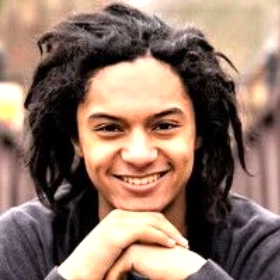 Tom Jackson Jr., former president of Black Hills State University in Spearfish, went on leave this week as president of Humboldt State in California after his son, TJ Jackson, died in a car crash Tuesday, Oct. 6, near Spearfish.

Thomas “TJ” Jackson, 22, of Spearfish was named as a passenger in the 2015 Maserati Ghibli sedan that ran into the truck about 2 p.m., Tuesday, Oct. 6, about 5 miles west of Sturgis on I-90 in the Black Hills.

On Friday, Highway Patrol spokesman Tony Mangan released his name and those of the driver, Jade Olson, 21, of Rapid City, and Titus Ironshield, 55, of Rapid City.

The three men were pronounced dead at the scene of the crash. The truck driver and his passenger were not injured.

According to a news report at KOTA-TV in Rapid City, police got reports of two young men pounding on doors and windows at an apartment complex early Tuesday afternoon who then were seen leaving in a white Maserati before police arrived. Later police got reports of a car speeding through town not long before the crash.

Thomas Jackson Jr., was president of Black Hills State in Spearfish from 2014 until May 2019 when he was appointed president of Humboldt State in Arcata, which is 300 miles north of Sacramento on the Pacific Ocean near Oregon, according to the North Coast Journal in Arcata.

TJ was a student at Black Hills State and an award/scholarship in creative photography is being established at the school in his memory, according to his obituary at Isburg Funeral Home in Spearfish.

According to his obituary, “Thomas Kumar Jackson, known as TJ, 22, . . .was loved by many for his sincere heart, multitude of talents and sense of adventure!”

According to the obituary: “A Celebration of Life for TJ will be Tuesday, October 13, 2020 at 1 p.m. in Countryside Church. There will be socially distanced indoor and outdoor seating; masks suggested. Casual dress and fun – like TJ!”

Jaden Olson’s passion was snowboarding and skiing. After graduating from Stevens High in Rapid City, he spent the 2018 snowboarding season as a ski lift operator in Keystone, Colo., according to his obituary. He was working with his father’s construction company.

Closed casket visitation will be Sunday, Oct. 11, 4-6 p.m. at Kirk Funeral Home in Rapid City. Funeral services for Olson will be at 10 a.m., Monday, Oct. 12, in Lifeway Church.

Obituary information on Ironshield, who had been living in Rapid City and was from Cannonball, North Dakota, near Bismarck, was not available online Friday.

Vern Hill, 77, of Smithwick, South Dakota, was driving the 2016 Freightliner Cascadia truck tractor pulling a conventional trailer van. He and his passenger, Margaret Hill, 74, of Smithwick, were not injured, Mangan said.

The Highway Patrol’s investigation continues, according to Mangan.