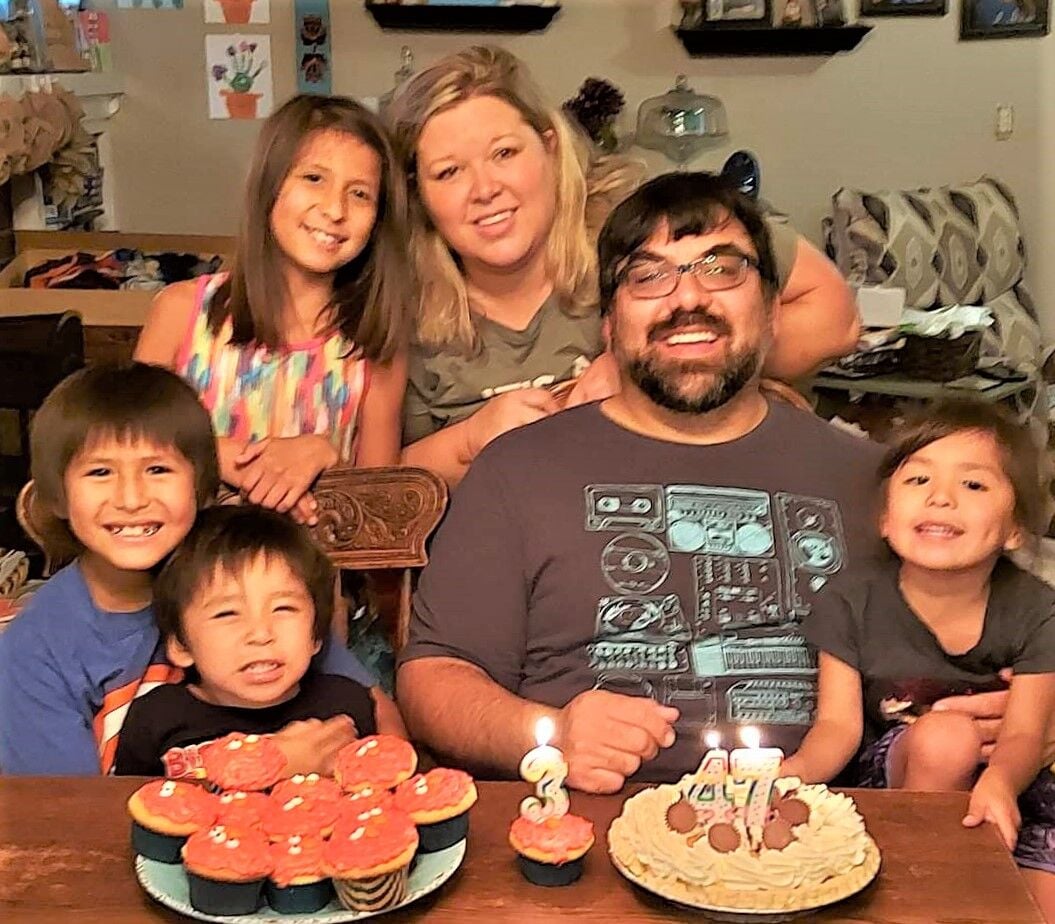 A foster and adoptive family from Pierre are Jessica and Jeremy Paul, with adoptive children Chris, Sumara, Angel, and Ezekial. 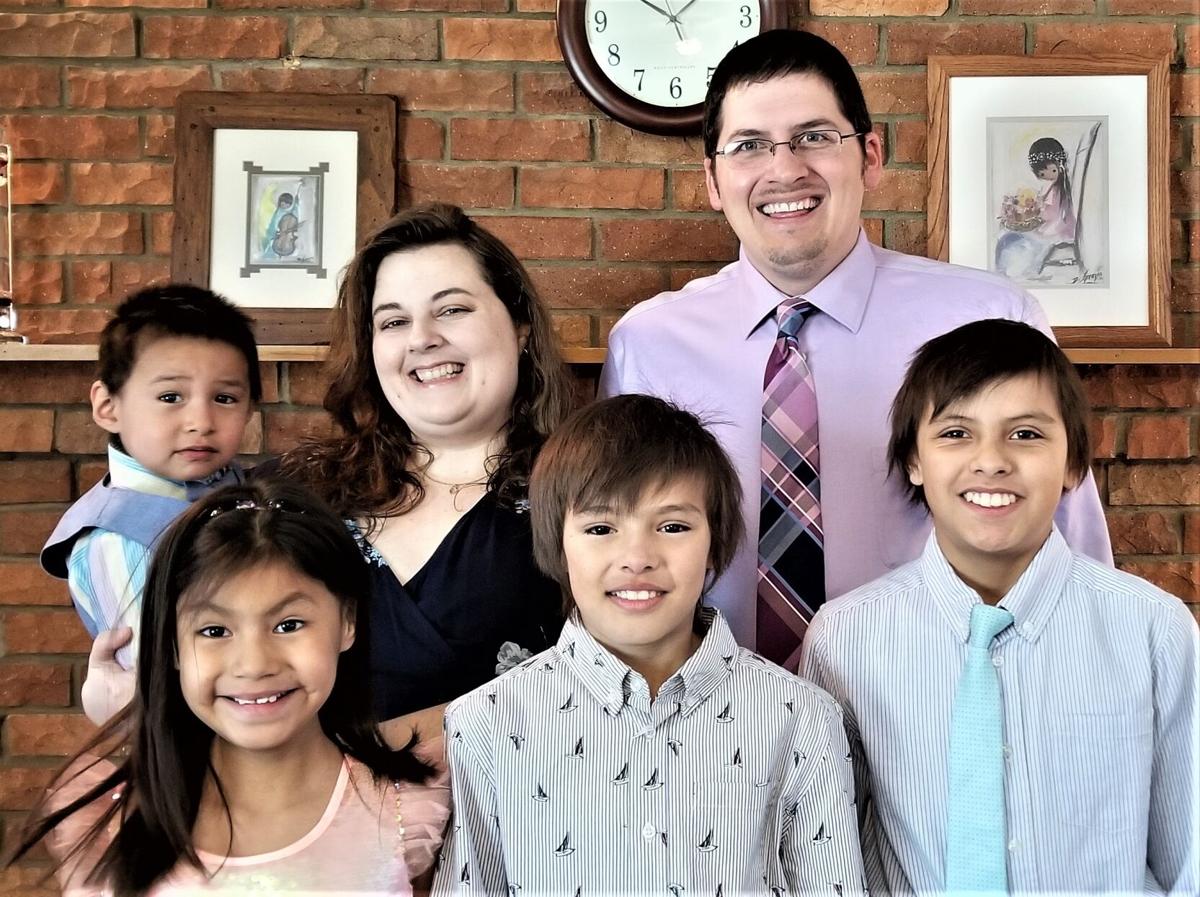 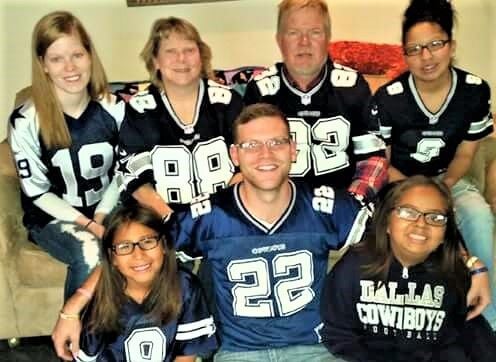 A foster and adoptive family from Pierre are Bob and Julie Jeffries, with Sarah, Robby, Kyla, Miah, and Abbey. 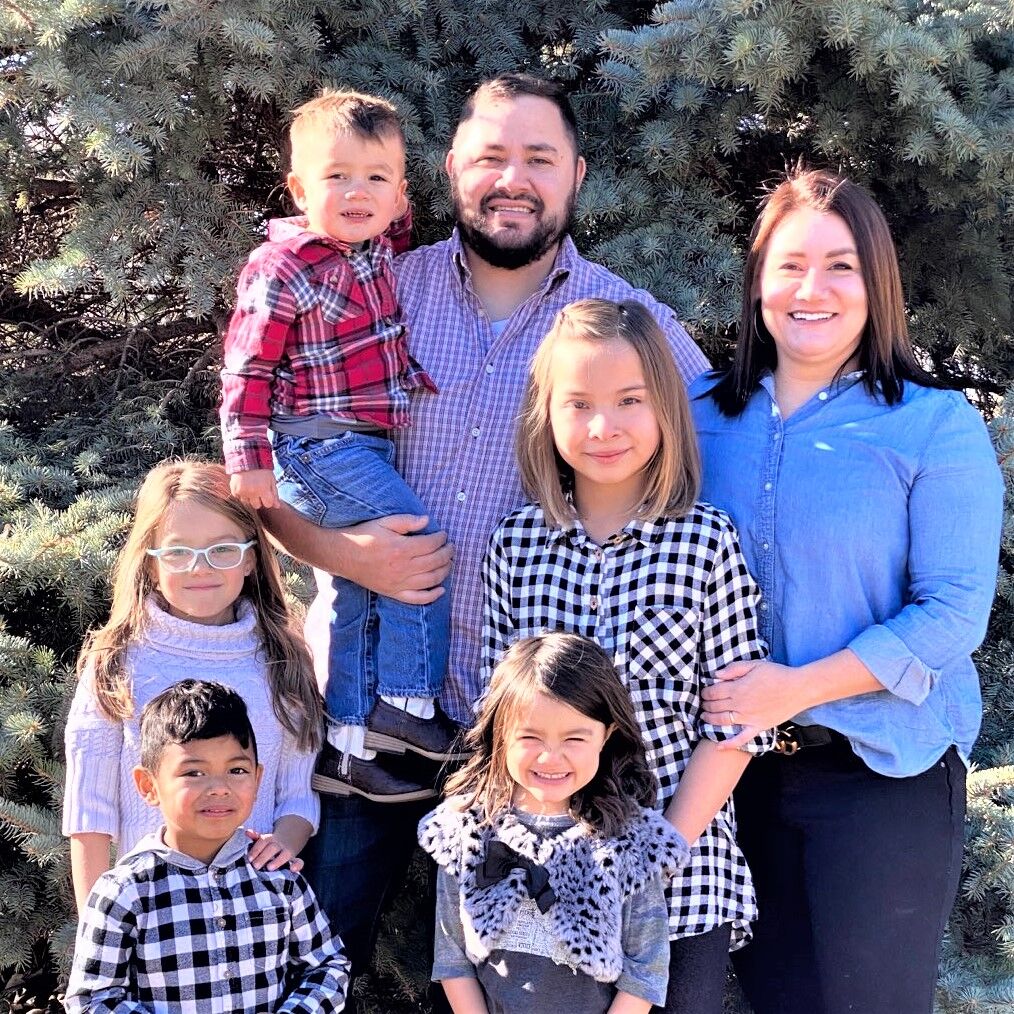 A foster and adoptive family from Pierre are Jessica and Jeremy Paul, with adoptive children Chris, Sumara, Angel, and Ezekial.

A foster and adoptive family from Pierre are Bob and Julie Jeffries, with Sarah, Robby, Kyla, Miah, and Abbey.

During South Dakota’s State Fiscal Year 2020, 226 children were placed for adoption statewide, with four children in Hughes and Stanley Counties. There are currently 79 children available for adoption in South Dakota without an adoptive family identified. Three of those children are from Hughes and Stanley Counties, Cabinet Secretary Laurie Gill from S.D. Department of Social Services reported.

Foster and adoptive families are the main initiatives of a new DSS Stronger Families Together campaign. It is an ongoing initiative to recruit, prepare and support foster and adoptive families. The kick-off is set for May 11, starting at 1 p.m., in Fort Pierre at the Drifters Event Center, led by Gill, with Gov. Kristi Noem as the guest speaker. DSS and S.D. Kids Belong will host the campaign. The in-person event will also stream via Facebook Live through the DSS Facebook page.

How many foster families are there?

Eight-hundred and thirty-three Foster Families licensed by DSS in South Dakota as of April 30, 2021; 27 in Hughes County; three in Stanley County.

How many are needed?

Last year, South Dakota licensed 238 foster families. The goal of the new Stronger Families Together campaign is to recruit 300 foster parents per year for the next four years, for a total of 1,200 new foster families by July 1, 2025.

If there aren’t enough foster homes, what happens to the children now?

Who can foster or adopt?

Foster parents can be single, married, divorced, raising children or empty nesters. The same applies for adoptive parents. A potential foster family must be able to support itself financially outside of foster care payments. Foster parents are reimbursed monthly to help meet the essential needs of children placed in their care. Foster care payments are intended to cover the needs of the child placed in care.

South Dakota Administrative Rules do not speak to an age limit for becoming a foster or adoptive parent, only that you must be at least 21 years old. For children placed with DSS the child can be adopted through their 18th birthday. The legislature passed a law in 2019 which allows for the adoption of an adult by an adult. DSS would not be involved in these adoptions.

What does it take to be qualified as a foster parent?

As well as qualifications listed above, your residence must be safe and without structural or health hazards. You must attend and complete a 30 hour foster parent education and training program. You must participate in a home study. DSS foster parents are licensed through a local CPS office. There is no cost for the training or licensing. Visit FosterOne.sd.gov and fill out a short online ‘Commit to know more’ card.

Most families apply to become licensed for foster care and approved for adoption when they complete the home study process; however, there is not a report readily available to provide a current number of adoptive families. DSS only deals with a portion of adoptive families. There are also adoptions that occur in the private sector and we don’t have that data.

What does it take to be qualified as an adoptive family?

Adopting a child through DSS is a major life event for an adoptive parent or family and also for the child, or children being adopted. The goal is to provide children with a permanent family in a safe and loving home. The first step to becoming an adoptive parent or family is to contact your local CPS office. A Family Services Specialist will explain the needs of children placed for adoption and the requirements of becoming an adoptive parent. Next there is a home consultation during which a Family Services Specialist visits your home, discusses the responsibilities and requirements of adoptive parenting in more detail. A home safety checklist is done based on this visit. Three to four more home visits are required. After the training is successfully completed, there is a final assessment regarding your compliance with adoption requirements. When all the steps mentioned so far are done and the paperwork is complete, you may or may not be approved for adoption.

The Division of Child Protection Services works with fostering and adoption. Fostering is sometimes used for the safety of a child in suspected child abuse or neglect situations.

What can be taught to children so they can recognize such abuse? to avoid or somehow protect themselves and others from such abuse?

This can be found at How to Talk to a Child about Abuse website.

What is abuse? Where is the line from spanking a child to abusing a child?

South Dakota Codified Law (SDCL) 26-8A-2 defines an abused or neglected child. Child abuse and neglect occurs when a child is mistreated, resulting in injury or risk of harm. Types are identified within four categories – physical abuse, neglect, emotional abuse, and sexual abuse.

The DSS website has the definition and types of abuse, and a summary of indicators. “None of the indicators alone are definitive of child abuse. It is necessary to look at the family’s total functioning to determine if there are threats to child safety.

What are the steps of a case, from initial suspicion to conviction to rehabilitation?

CPS and law enforcement agencies are required to investigate reports of child abuse or neglect. Any person who knows or has reasonable cause to suspect a child has been physically or emotionally injured, neglected or sexually abused should report it immediately. Reports are made using the Intake Hotline at 1-877-244-0864 during business hours, if there is an emergency after hours, on weekends, or holidays contact your local law enforcement.

When a report of abuse and neglect is assigned, CPS completes an initial family assessment, a process for gathering information about the report through interviews, observations, and reviewing documents. If it is determined the child is unsafe, a Family Services Specialist will work with the parents on a plan to improve the situation. When a child is in danger, a judge may order the removal of the child from the situation or a law enforcement officer may take protective custody.

Services are available to families in which children are determined to be unsafe because of abuse or neglect to strengthen and preserve families and protect children from abuse and neglect. Support services include training for families in parenting skills and home management and referrals for counseling, substance treatment and other assistance. CPS does not criminally charge parents. Decisions about criminal actions occur with law enforcement and the states attorney and/or prosecuting attorney with authority in their jurisdiction.

Who is legally obligated to report suspected child abuse?

SDCL 26-8A-3 requires select persons to report child abuse. ters. Failure by a mandatory reporter to report child abuse or neglect is a misdemeanor. Anyone who has reasonable cause to suspect a person under age 18 has been abused or neglected may make a report. The report is made to DSS, law enforcement or the state’s attorney.

What is done when a false report is filed (for example: two parents trying to discredit the other during a divorce and child custody battle)?

If no proof exists — only a complaint — what can legally be done then? Don’t searches and child-takings need signed warrants and other court papers?

When children are removed from their home by law enforcement or through a court order to ensure their safety, the DSS is granted custody of the children and they are placed with a safe and stable resource, like a relative or foster family. The Division of Child Protection Services (CPS) works with the family to resolve the issues which caused their children to be unsafe in their care while providing supervision and support to the children and their placement resource.

What programs exist to help with the physical, mental, and emotional recovery of child victims?

Communities offer services to parents and their children to help in recovery from abuse and neglect. In the Pierre and Fort Pierre communities, there are agencies like Capital Area Counseling and other mental health providers that offer individual, group and family counseling.

What is the statute of limitations of child abuse?

There is not one cohesive definition of child abuse, so there is not one statute of limitations that applies. In general, there is a seven-year statute of limitations (SOL) for crimes other than felonies for which the maximum sentence is life in prison and up. There are also felonies for which the maximum penalty is less than life. There are a few SOL exceptions related to minors.

One exception is for what’s sometimes called “statutory” rape involving a child under 13, or forcible rape, for which there is no limitation. For other categories of rape, including “statutory” rape of a child at least 13 but under 16, the limit is the longer of seven years or until the victim turns 25.

A similar exception exists for sexual contact with a child under 16; the limit is the longer of seven years or until the victim turns 25.

Another similar exception exists for abuse or cruelty to a minor; the limit is until the victim turns 25.

The Division of Child Protection Services works with fostering and adoption. Fostering is sometimes used for the safety of a child in suspected child abuse or neglect situations. Child abuse and neglect are not problems prevalent in huge metropolises or ghettos. According to Department of Social Services (DSS) Cabinet Secretary Laurie Gill, abuse and neglect reports received by Child Protection Services are: