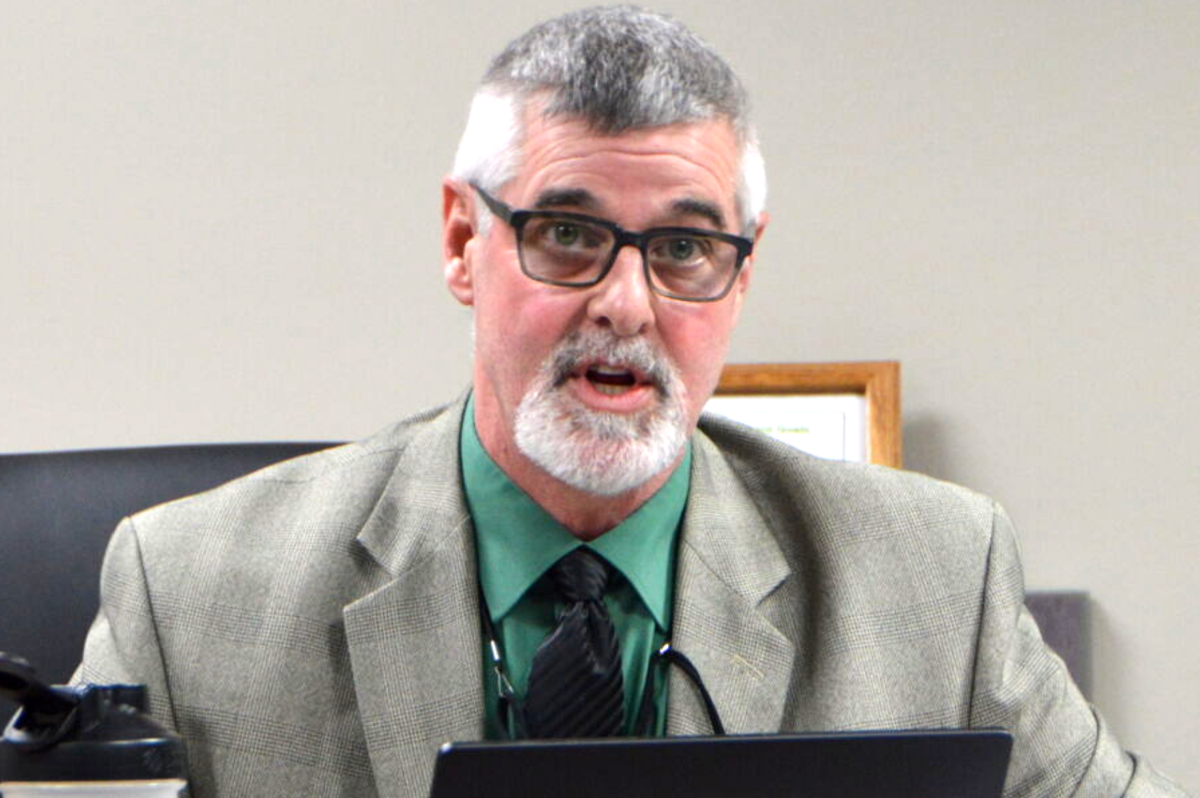 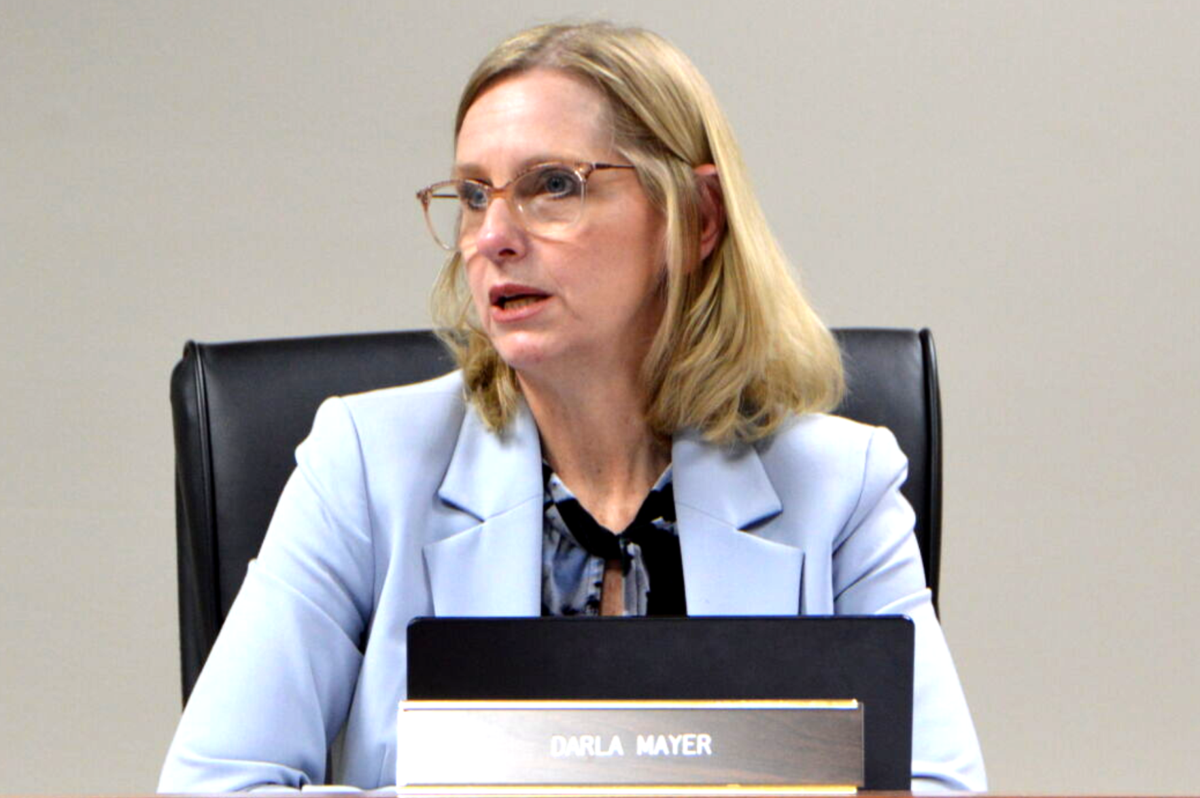 This summer, the gym at Georgia Morse Middle School is scheduled for a makeover, as Pierre School District officials move forward with the plan to replace the gym’s flooring and bleachers.

During the monthly meeting on Monday, school board members unanimously approved a $248,490 bid for the project from Puetz Design and Build.

The current gym floor is scheduled to be replaced with a new wood floor, while the wooden bleachers will be replaced with plastic bleachers that will allow for maximum use of the floor space. With the new seating configuration, the gym will be able to accommodate 428 people, according to Pierre School District Business Manager Darla Mayer. Mayer said the project has been included in the capital outlay plan to be completed this summer. District officials set aside $252,000 for the project, so the accepted bid for $248,490 was slightly below the estimated cost.

Also during the meeting, Superintendent Kelly Glodt gave an update on the school system and the COVID-19 pandemic. He said the district saw a slight uptick in cases a week ago, with seven students and one staff member actively infected with the virus.

“Our primary goal is to have healthy kids in school every day,” Glodt said, adding he believes it takes the entire district working together to make sure students and staff are safe and healthy to attend school in person.

“Anybody that works in our school district — cooks, custodians, it doesn’t matter their position — it’s been a challenging year, so take time to thank them for all they have done,” Glodt said. “It’s just amazing to me when you watch the national news, you see, night after night, how many kids are not in school and it makes my heart bleed. Kids need to be in school, and I think that’s one thing that South Dakota and the Pierre School District have done a really good job of this year — doing the best we could to keep kids in school every day that we can.”

Glodt said school nurses have been involved in all decision making regarding COVID protocols because they deal with it directly every day, but said they are not the ones making the policy. He reminded parents that nurses are merely messengers, while asking them to be professional and do what the nurses ask when they send children home to quarantine.

Among all South Dakota’s K-12 schools, only 112 new cases were reported last week according to the state Department of Health. There are now 10,669 total cases, 165 of which are active — 19 less than the previous week. In South Dakota’s higher education institutions, only 23 new cases were reported last week, for 3,453 total cases. There are 23 active cases in higher education institutions, 10 less than last week, and there are more schools with no active cases — seven this week compared to four last week.

Also during the meeting. Bryan Linn gave the school board an update on the IT Department’s progress on the computer refresh planned for the next year. Linn said for the last eight years, the school district has had a good relationship with Golden West Technologies in Rapid City and Fujitsu, but Fujitsu is no longer selling computers in North America, so he is looking at other options for new school computers.

The search for new technology has been more challenging due to COVID, Linn said, since the IT industry has been “heavily strained.” He said he is nearly ready to make the purchase and plans on ordering the new equipment by the end of February. Linn thanked Mayer and her staff for all the financial planning they had done, as it made a difference to have the flexibility to start the process early.

Director of Education Troy Wiebe gave an update for the board regarding the science curriculum. He said he is narrowing down options to one product for elementary students and one for grades 6-12. For those in grades K-5, Wiebe said the district is considering Discovery and Mystery Science materials. The focus for younger elementary students is more lab-based and hands on — “fun things to get them excited about science,” Wiebe said.

Students in grades 3-5 will get a Discovery textbook supplemented with materials from Mystery Science. Those in grades 6-12 wil get a McGraw Hill textbook and Discovery digital support for virtual labs. Wiebe said all the materials are more economical than anticipated, and that he hopes to have the materials finalized by next month to have them ordered by March to get to staff for training by May.

Glodt said teachers use all kinds of resources and that education is not what it was in past decades when teachers would instruct by working through textbooks.

“This doesn’t mean they’ll throw the old stuff out; they will combine it with the new textbook and modify their teaching,” Glodt said.

Wiebe added it is important to settle on one option for the upper grades to allow for “continuity of sequencing.” Referencing similar materials and resources is more student friendly as well as streamlines teaching.

Next year, Wiebe plans to focus on updating the social studies curriculum, which he said is “good timing” considering Gov. Kristi Noem’s proposed legislation for a new civics curriculum.

“It’s just amazing to me when you watch the national news, you see, night after night, how many kids are not in school and it makes my heart bleed. Kids need to be in school, and I think that’s one thing that South Dakota and the Pierre School District have done a really good job of this year -- doing the best we could to keep kids in school every day that we can.”