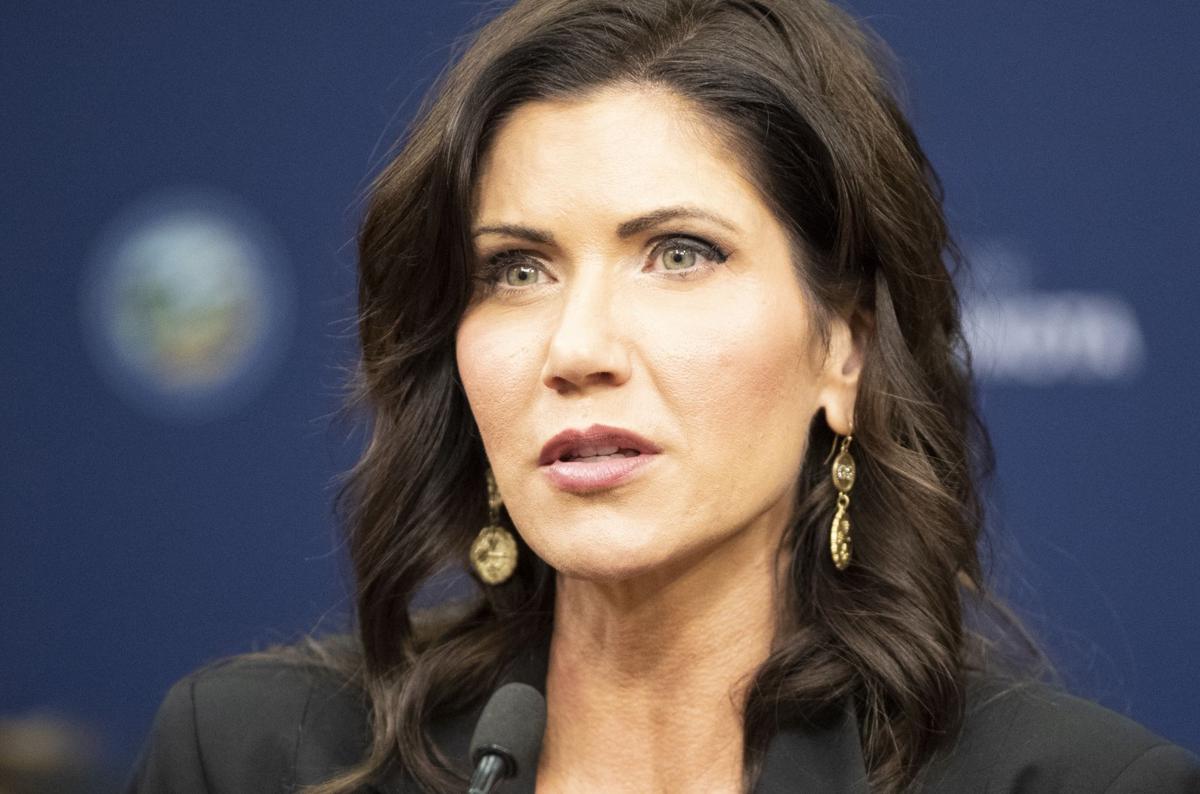 Gov. Kristi Noem addresses the media from the Governor’s Large Meeting Room in the State Capitol, May 19 in Pierre. 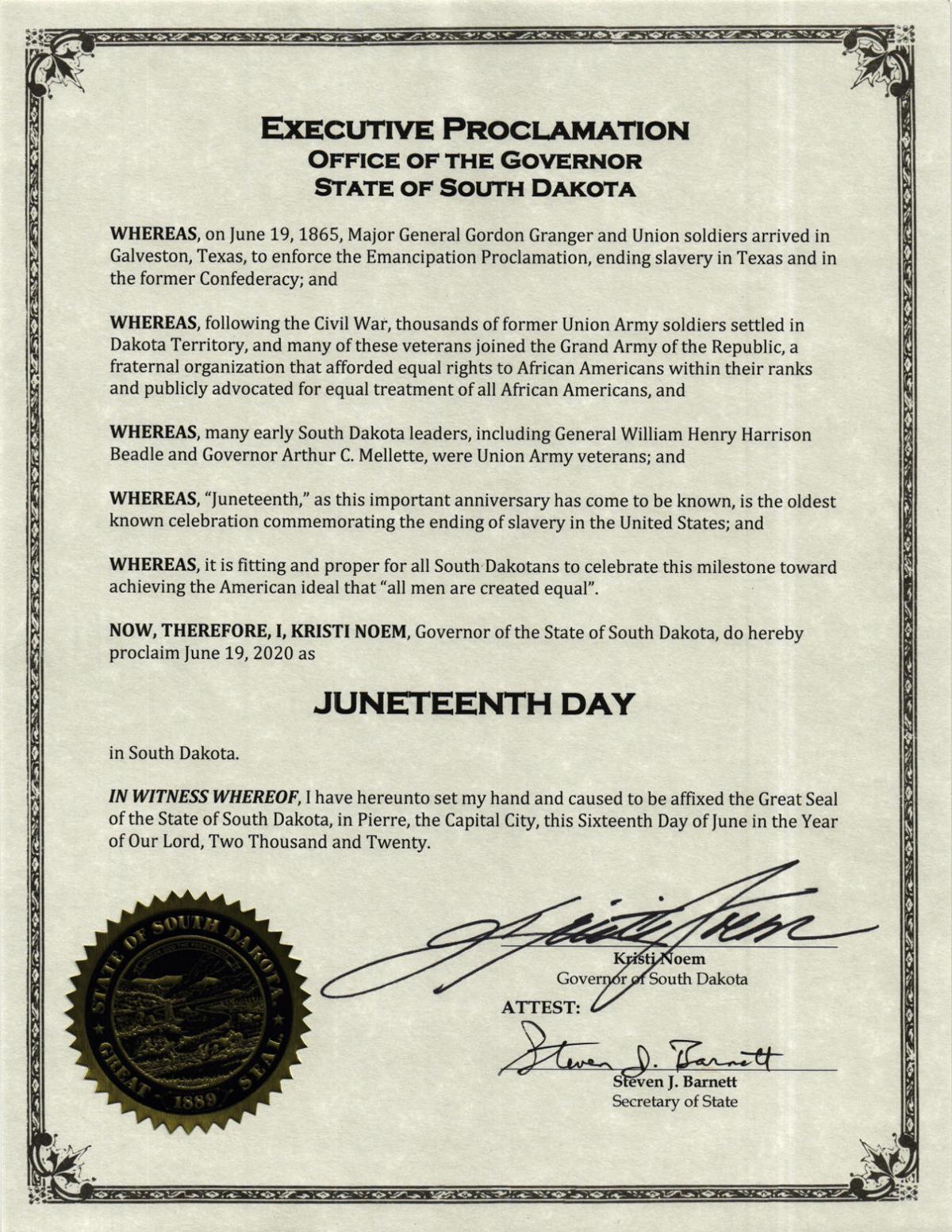 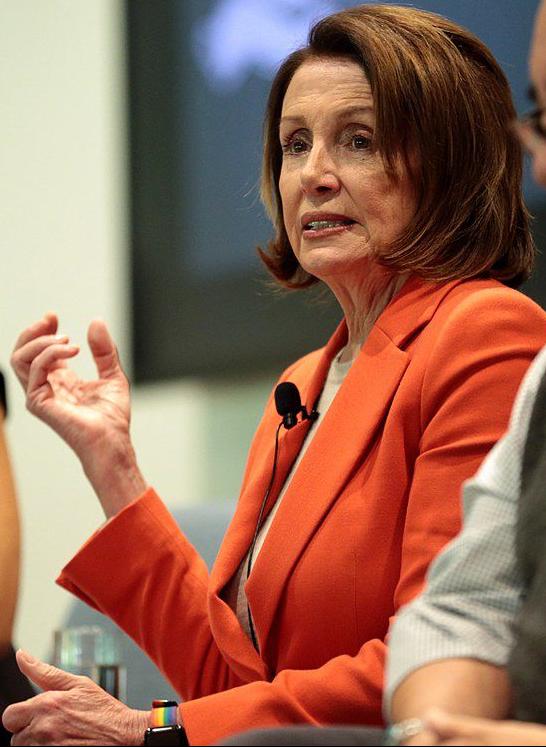 Gov. Kristi Noem addresses the media from the Governor’s Large Meeting Room in the State Capitol, May 19 in Pierre.

U.S. Census Bureau data show that only 2.4% of South Dakotans identify as African American, a percentage significantly lower than the national average of 13.4%.

Nevertheless, while cognizant of the ongoing racial tension throughout America in the aftermath of George Floyd's death while in the hands of the Minneapolis Police Department last month, Gov. Kristi Noem has proclaimed that Friday will be "Juneteenth Day" in South Dakota. The day recognizes the 155th anniversary of the enforcement of the Emancipation Proclamation, which is regarded as marking the end of slavery in the U.S.

“South Dakota prides itself on freedom,” Noem said on Thursday. “We commemorate this important day to remind ourselves that there was a time in our history that not all Americans were free and to celebrate an important milestone toward achieving the American ideal: ‘All men are created equal.’”

Meanwhile, a long-time political rival of Noem's -- U.S. House House Speaker Nancy Pelosi, D-Calif. -- on Thursday formally requested that portraits of past speakers who had served the Confederacy during the Civil War to be removed from display at the U.S. Capitol in Washington, D.C.

“Tomorrow, Americans will mark Juneteenth, a beautiful and proud celebration of freedom for African Americans," Pelosi wrote to House Clerk Cheryl Johnson. "Very sadly, this day comes during a moment of extraordinary national anguish, as we grieve for the hundreds of Black Americans killed by racial injustice and police brutality, including George Floyd, Breonna Taylor, Ahmaud Arbery and so many others.”

Pelosi called for the portraits of these former U.S. House speakers to be removed:

Conservatives would point out that all four of these men were Democrats, but liberals would say this is irrelevant because it was so long ago.

"The portraits of these men are symbols that set back our nation’s work to confront and combat bigotry," Pelosi's letter to Johnson added. "There is no room in the hallowed halls of Congress or in any place of honor for memorializing men who embody the violent bigotry and grotesque racism of the Confederacy."

"It is fitting and proper for all South Dakotans to celebrate this milestone toward achieving the American ideal that 'all men are created equal.'"