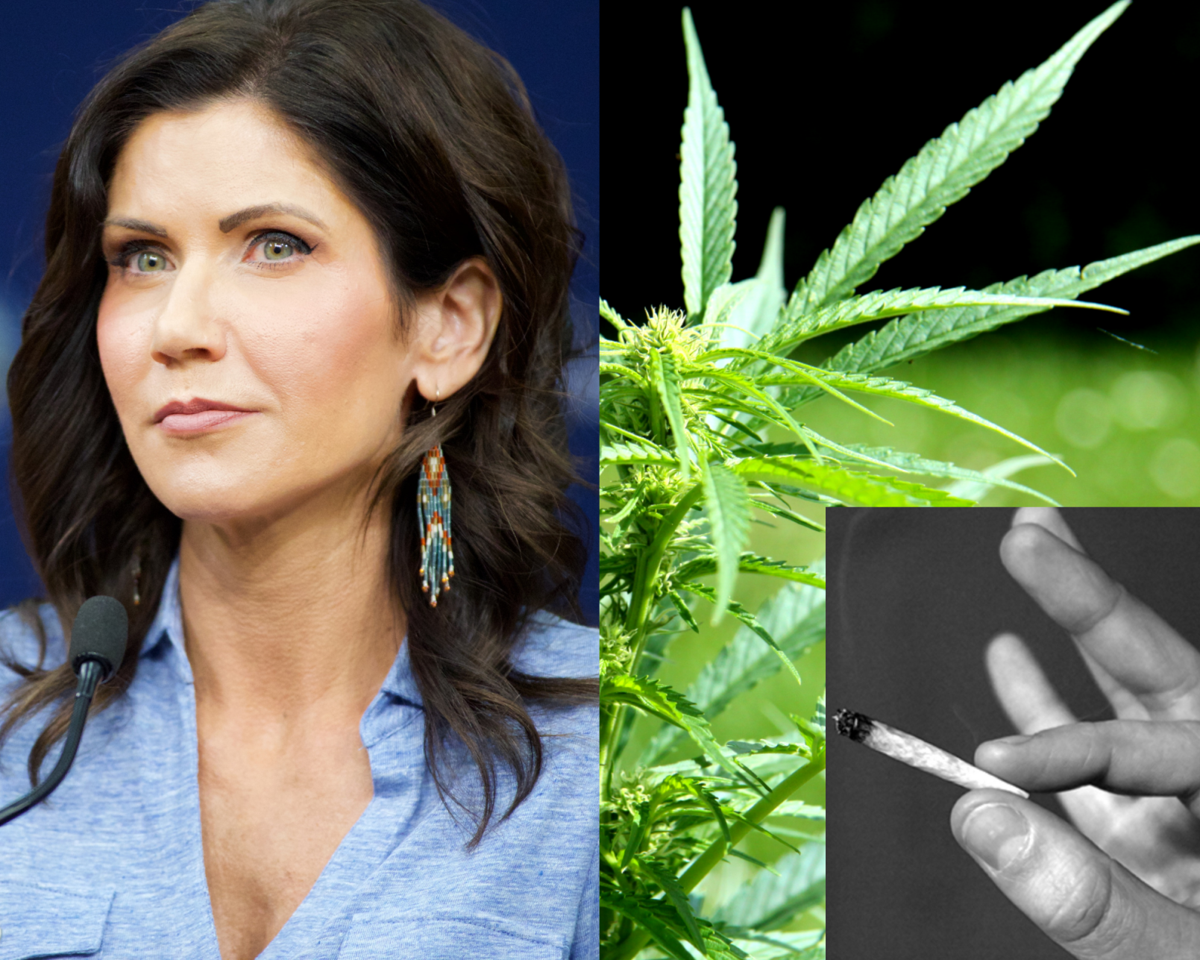 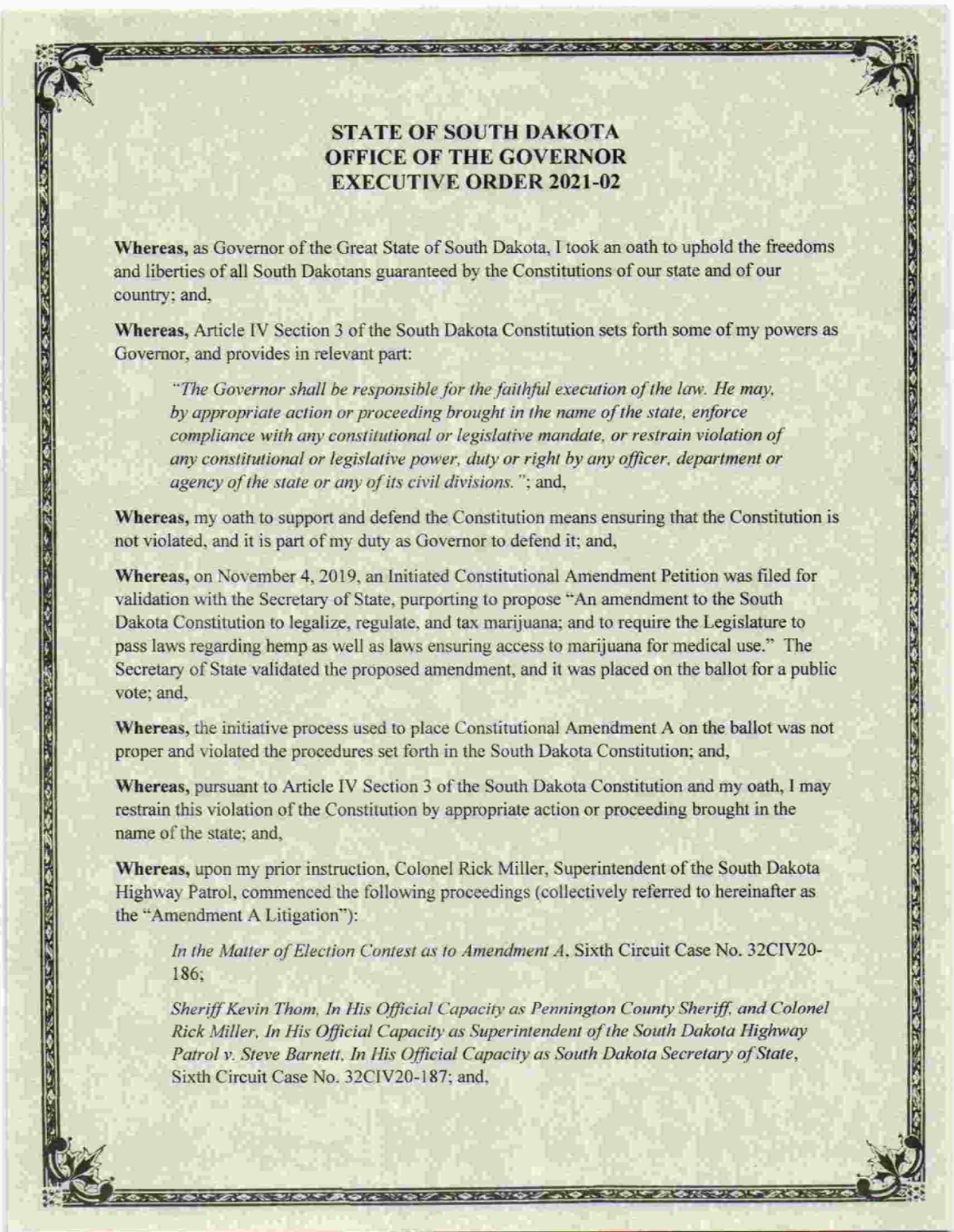 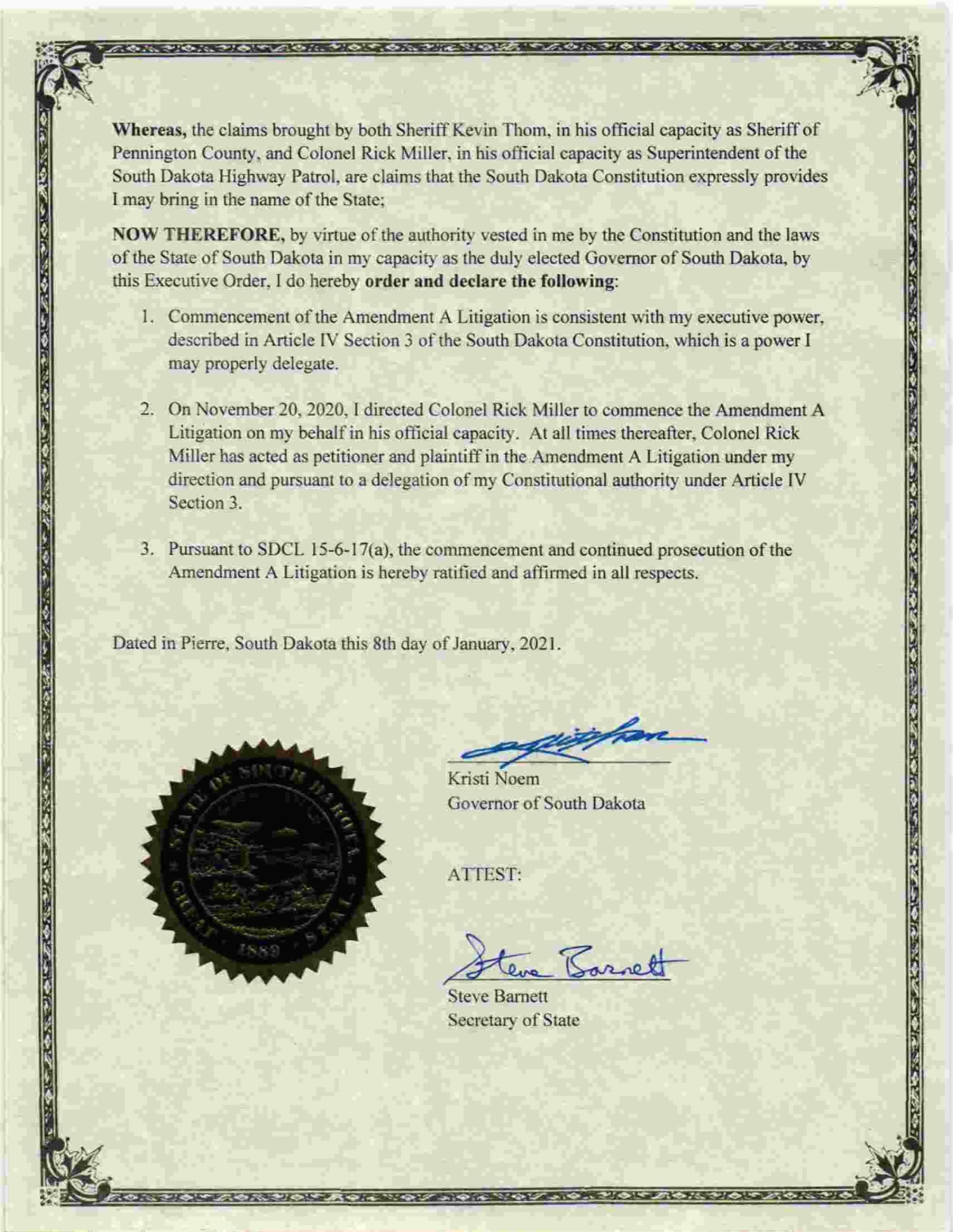 According to the South Dakota Secretary of State’s Office, roughly 52,000 more residents voted for recreational marijuana in 2020 than voted for Gov. Kristi Noem to take her current office in 2018.

In all, 54% of South Dakotans voting on Nov. 3 — including a two-vote majority of those casting ballots in Hughes County — chose to legalize recreational marijuana via the approval of Amendment A.

The total tally of statewide votes in favor of Amendment A was 225,260, according to the Secretary of State’s Office. The same agency shows that in 2018, Noem received 172,912 votes to become governor.

“On November 20, 2020, I directed Colonel Rick Miller to commence the Amendment A litigation on my behalf in his official capacity,” the order, dated Friday, states in part.

The full order will be attached to this story as both photos and a PDF document.

After the vote in November, Noem stated: “I was personally opposed to these measures and firmly believe they’re the wrong choice for South Dakota’s communities. We need to be finding ways to strengthen our families, and I think we’re taking a step backward in that effort. I’m also very disappointed that we will be growing state government by millions of dollars in costs to public safety and to set up this new regulatory system.”

On Nov. 3, 54% of South Dakotans who voted chose to legalize marijuana for recreational use by passing Amendment A. This included a narrow two…

Noem dropped the ball on this one, as she threw herself at Trumps campaign prior to the election - hundreds of ads favoring the legalization of pot, only a few opposed and NONE featuring our featuring our Governor - she did a good job of lying to folks about masks and social distancing prior to the election, but nary a word about the marijuana issue . . . good job Gov - can't wait until you run again!