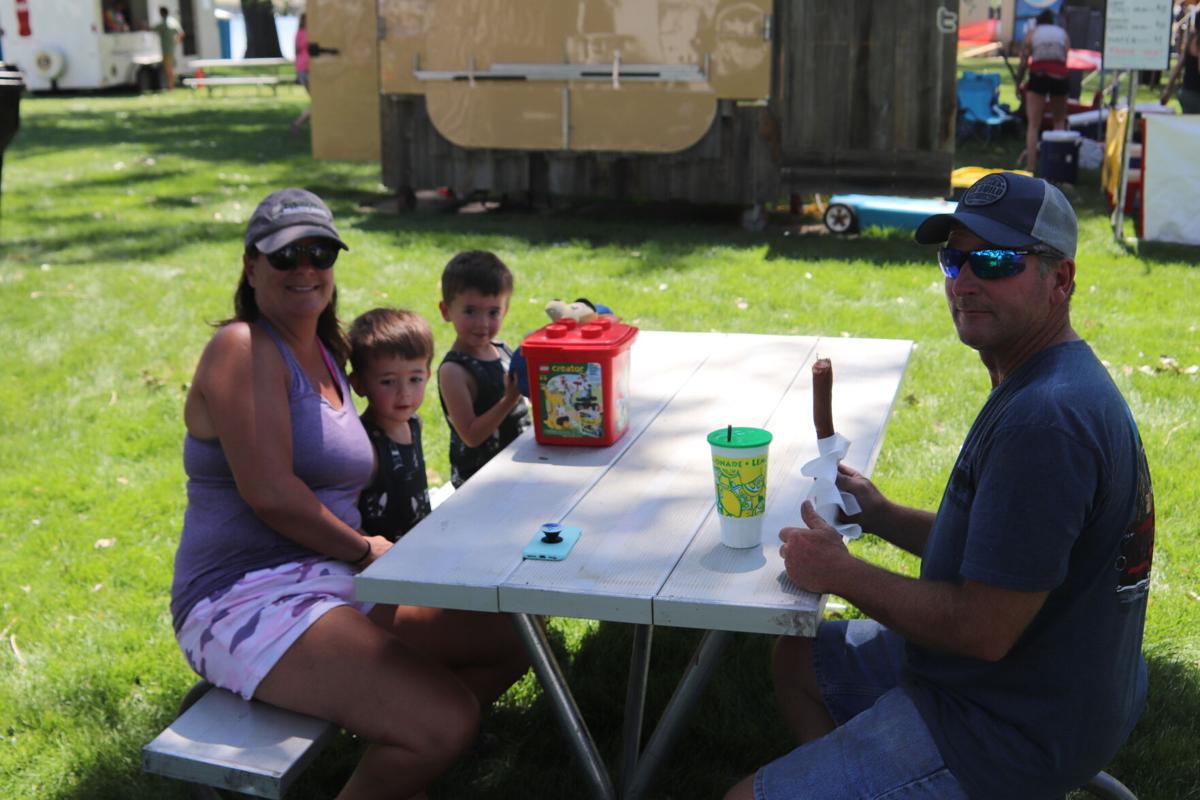 Brett and Rhonda Hansen rest in the shade with their grandchildren, Ridge and Rhett Theel, at Steamboat Park on Friday afternoon. 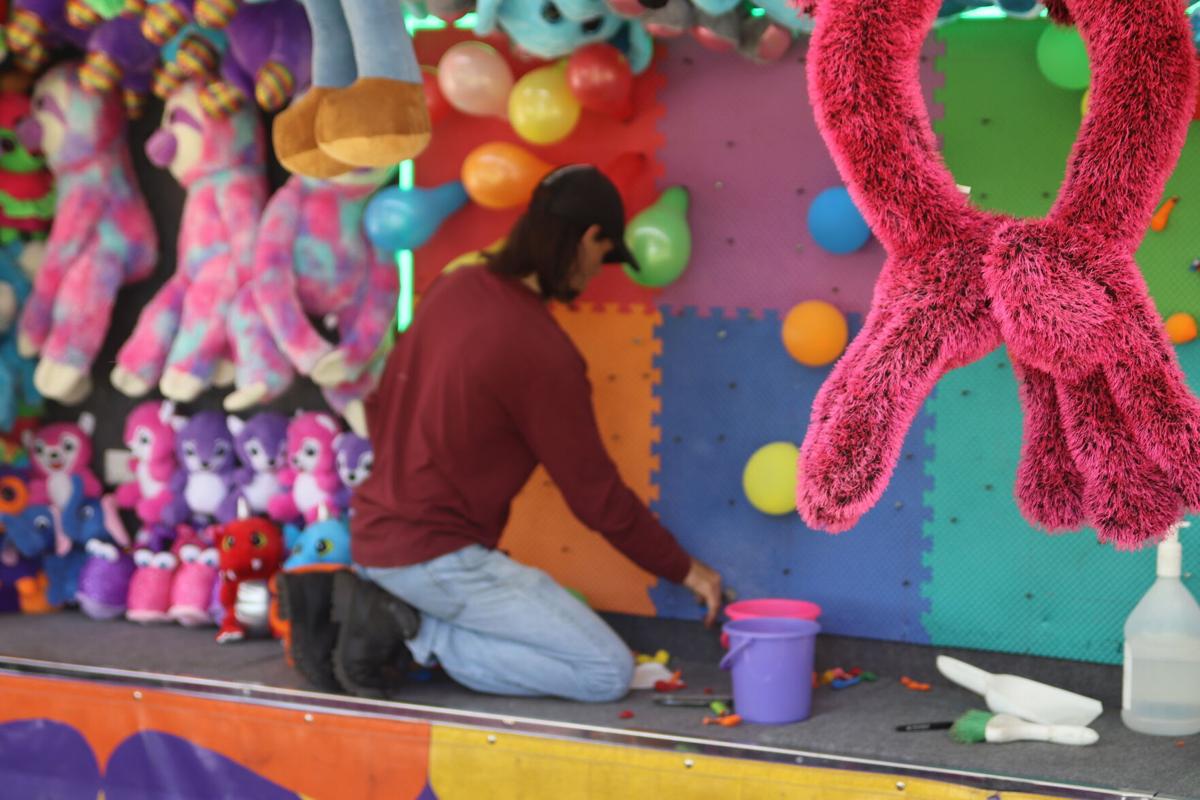 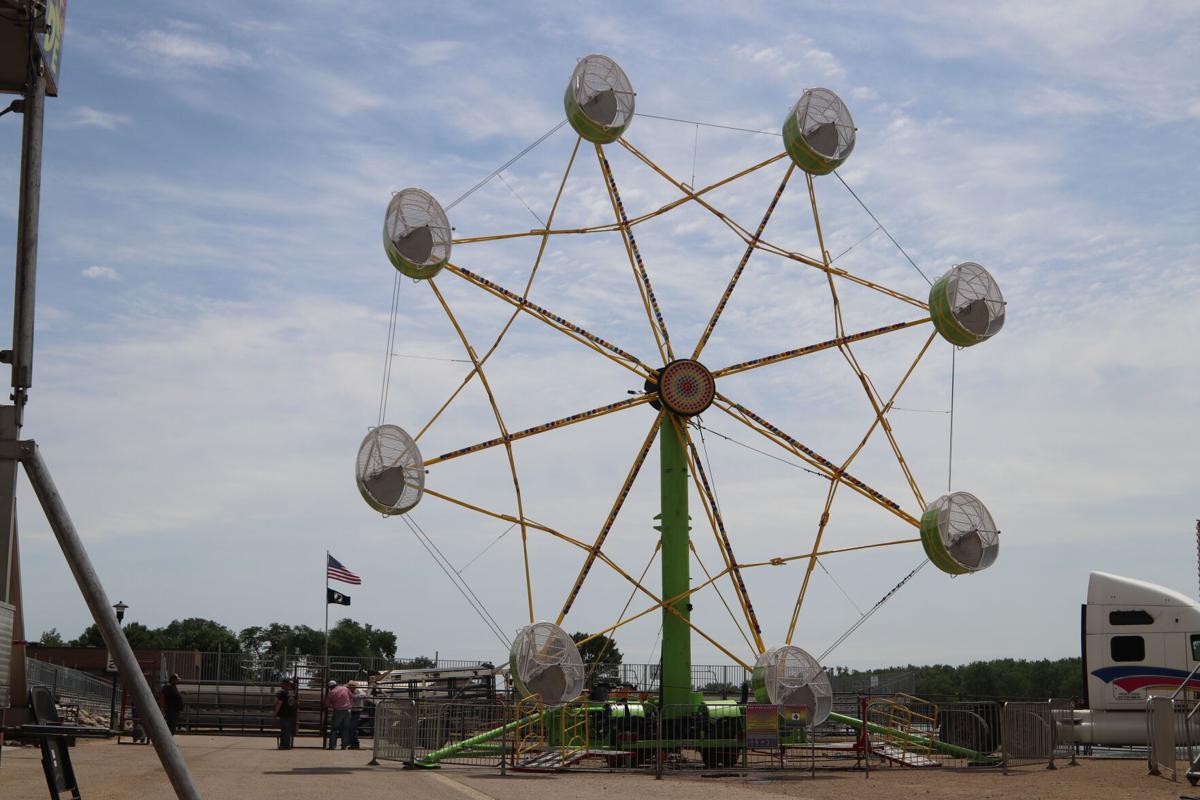 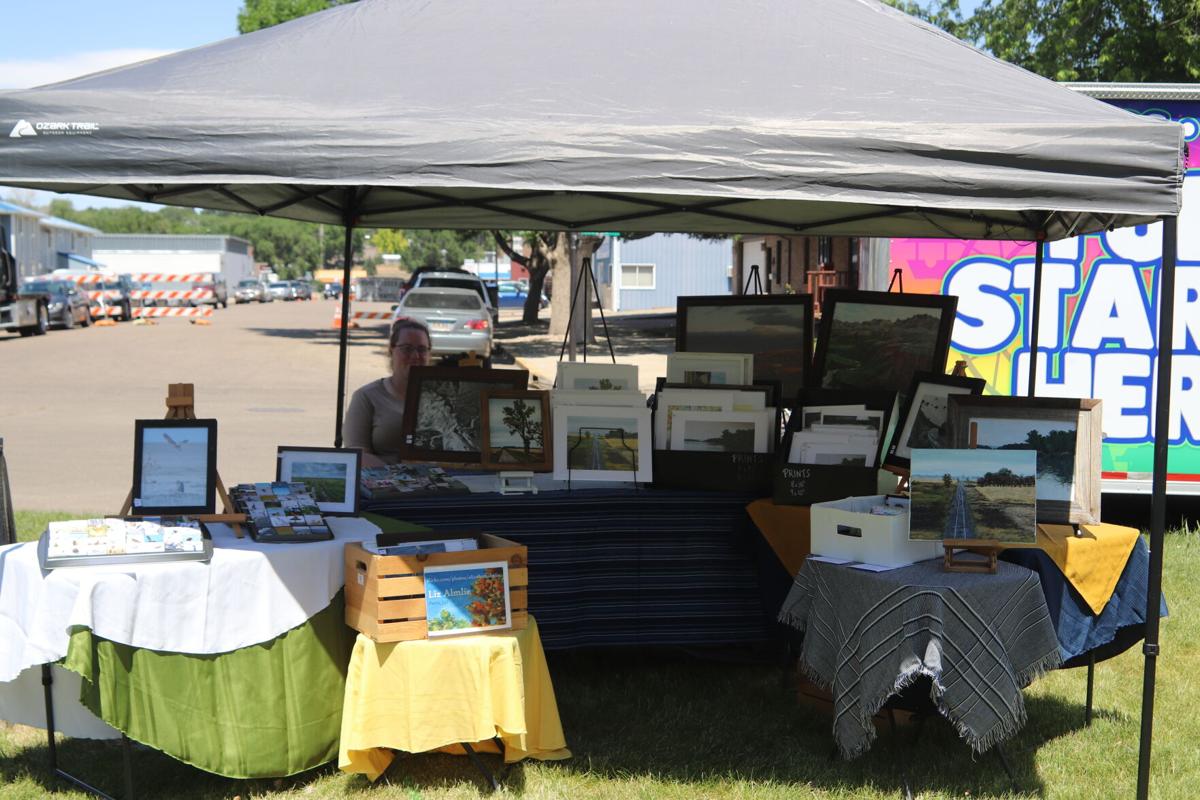 Liz Almlie poses with her vendor tent at Steamboat Park on Friday afternoon. 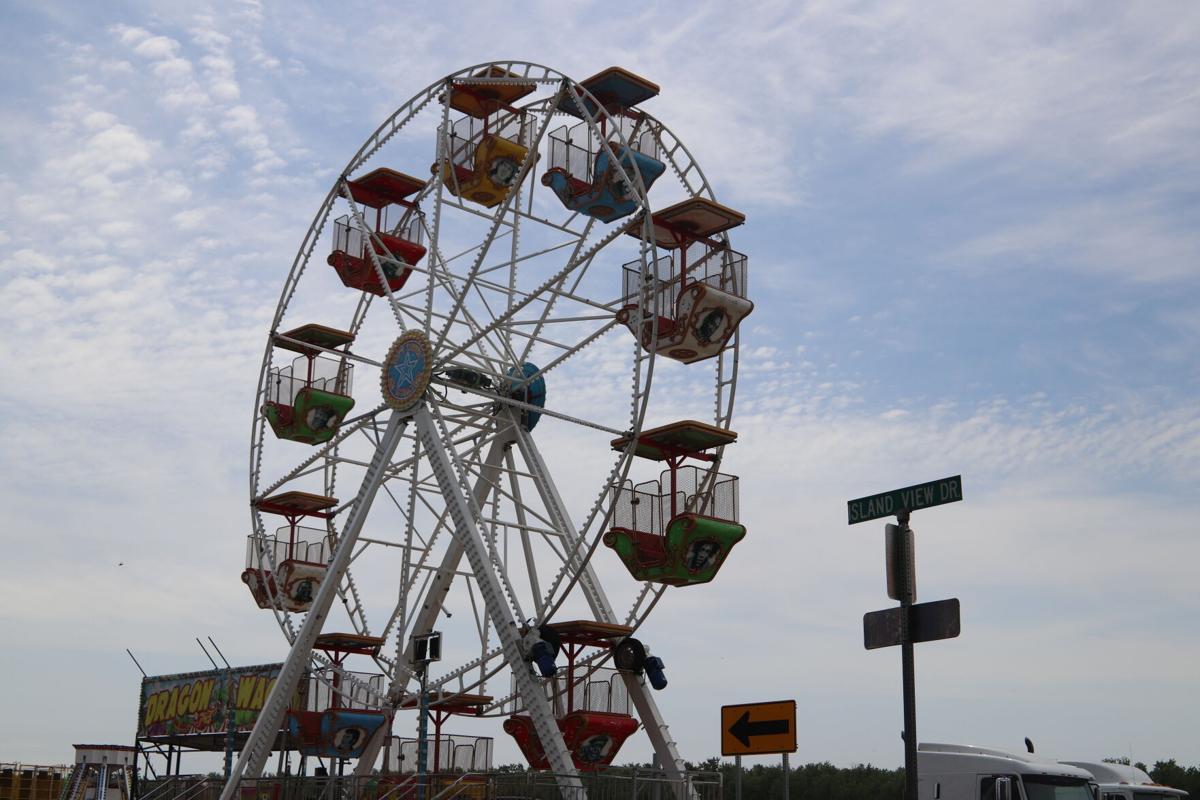 A ferris wheel towers over Island View Drive as workers set up rides and booths for Oahe Days on Thursday afternoon.

Brett and Rhonda Hansen rest in the shade with their grandchildren, Ridge and Rhett Theel, at Steamboat Park on Friday afternoon.

Liz Almlie poses with her vendor tent at Steamboat Park on Friday afternoon.

A ferris wheel towers over Island View Drive as workers set up rides and booths for Oahe Days on Thursday afternoon.

Rides. Vendors. Game booths. All the pieces for Oahe Days’ grand re-opening are in place at Steamboat Park, which began on Friday.

A busy man on the eve of the main event, the Mac’s Carnival co-owner’s feeling is described simply as “excellent” when asked how it feels to be back in Pierre for another turn at Oahe Days. To say Luke McWhorter is excited might be an understatement.

“After taking a little hiatus last year, it feels really good to be back because everything’s been looking great, people have been happy to be out enjoying things and getting out and about with festivals and events,” McWhorter said.

Mac’s took a “significant” financial hit in pandemic-slowed 2020, according to McWhorter, being able to work only a fraction of the events it would in a normal year.

South Dakota and parts of Nebraska opened the doors for Mac’s, which ended up in such places as Mobridge, Mitchell’s Corn Palace, the Black Hills and Pierre’s Northridge Mall for a July weekend that McWhorter said “wasn’t near what Oahe Days is.”

“I think it’s going to be record-breaking,” he said. “I hope it’s just big. Some of the other events we’ve done in South Dakota so far this year, they’re up significantly from previous years, from 2019.”

In-state, McWhorter said Mac’s has already worked carnivals in Sisseton and Harrisburg so far this season.

Middle school dean of students Brad Edenburn of Crow Creek Tribal School arrived at Steamboat Park early on Friday afternoon to help chaperone a group of more than 90 students who made the trip west from the Crow Creek reservation. The trip to Pierre was a reward for students who had perfect attendance for two weeks of summer school.

“It feels good, you know, last year missing everything was just kind of tough,” Edenburn said. “Everything was dead. But having this just hopefully starts for everything else going forward that we can open up, be safe.”

Chris Reding and his daughter, Luci, of Canton, are operating two vendor tents at Oahe Days. Chris said he is excited to be back in Pierre after a long absence.

“I worked for the state for five years or something like that and then we moved away and we haven’t back here for almost 20 years, so it’s definitely different,” Reding said. “It’s interesting coming back and seeing what’s all changed because a lot has changed from when we lived here to now. So it is kind of cool coming back and this should actually be pretty big and it looks like this’ll be pretty fun.”

And from a financial standpoint, Oahe Days is just as exciting for Pierre’s city government.

“For us, this is a very exciting weekend, it’ll be a great weekend for Pierre just because of all the visitors we’ll have,” convention and visitor bureau director Tia Kafka of the Pierre Area Chamber of Commerce told the Capital Journal. “It’ll be great for our local economy, for restaurants, for other local businesses. We want to encourage people to come and visit and support our community through travel and things like that.”