Pierre Police Chief Dave Panzer, on the right, and Capt. Jason Jones, who succeeded Panzer in March 2018, here are visiting with people at the department's first "Coffee with a Cop," event in December 2017 at a Pierre restaurant. 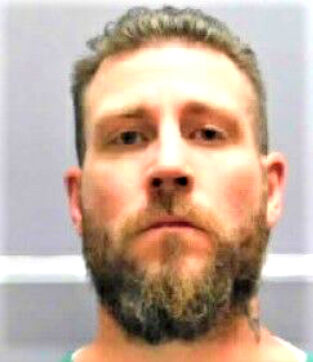 Cody Holcombe, 36, is on parole from the South Dakota state prison for June 2017 conviction in Pierre for using methamphetamine. He was awarded a settlement of $75,000 in a federal law suit against the city of Pierre over police practices. He gets to keep a third of the money; the rest goes to attorneys and other court costs. 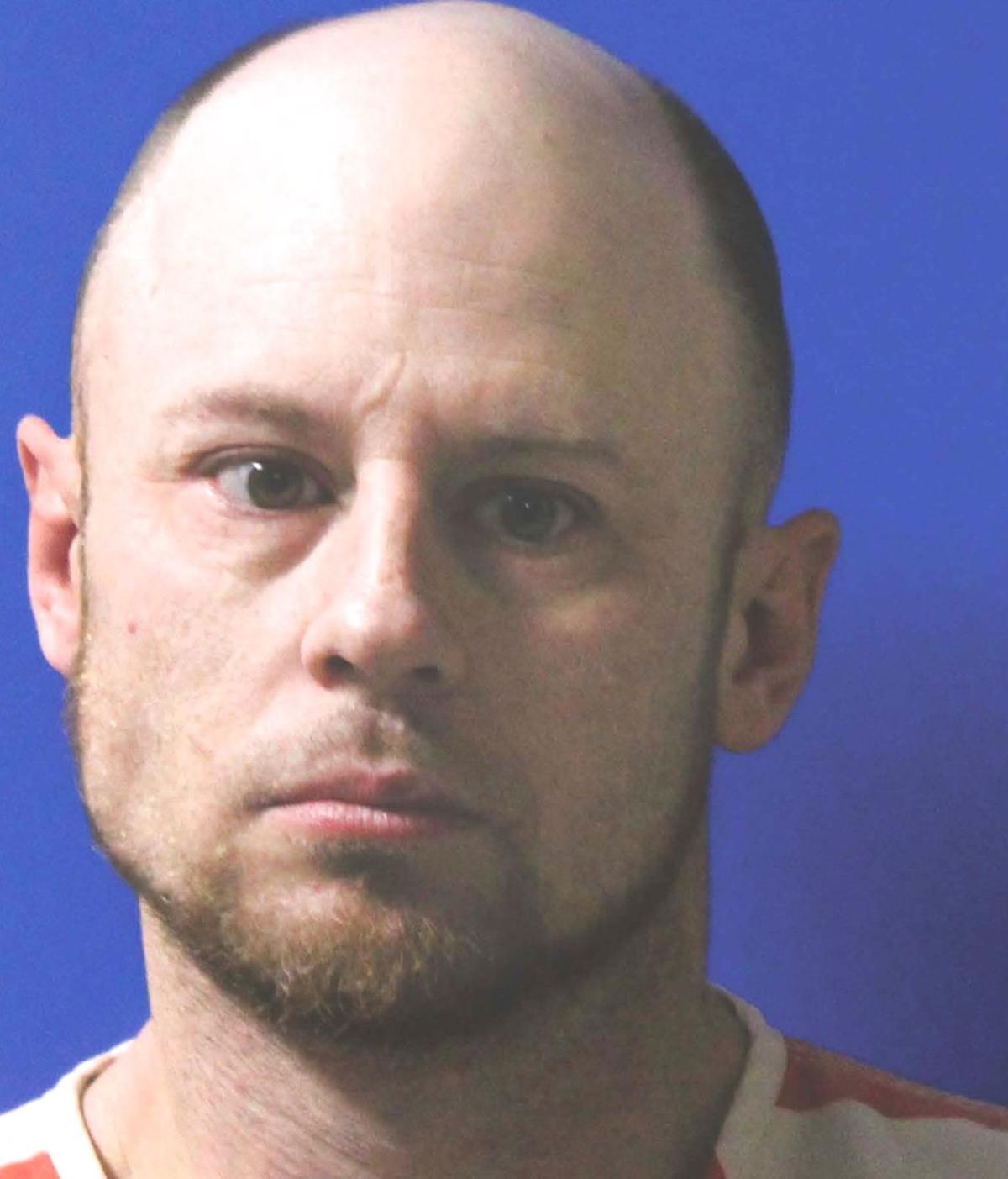 Jason Riis, 37, has won a $75,000 settlement from the city of Pierre over police actions against him in a federal lawsuit.

Pierre Police Chief Dave Panzer, on the right, and Capt. Jason Jones, who succeeded Panzer in March 2018, here are visiting with people at the department's first "Coffee with a Cop," event in December 2017 at a Pierre restaurant.

Cody Holcombe, 36, is on parole from the South Dakota state prison for June 2017 conviction in Pierre for using methamphetamine. He was awarded a settlement of $75,000 in a federal law suit against the city of Pierre over police practices. He gets to keep a third of the money; the rest goes to attorneys and other court costs.

Jason Riis, 37, has won a $75,000 settlement from the city of Pierre over police actions against him in a federal lawsuit.

The city of Pierre has agreed to pay $150,000 to Jason Riis and Cody Holcombe in damages for police officers violating their constitutional rights by forcing catheters into them to obtain urine samples to see if they had been using illegal drugs.

The city’s agreement is part of a the larger settlement approved last month by U.S. District Judge Roberto Lange in Pierre in a federal lawsuit that attracted national attention.

Lange judgement filed last month really was just giving the official OK to the financial settlement arrived at over three years of wrangling in court, mostly through filing documents, from all sides, to pay five people a total of $440,000 over the strange-sounding police practice.

In response to questions from the Capital Journal to Mayor Steve Harding and Police Chief Jason Jones on Wednesday about the settlement and about the practice of forced catheterization, city spokeswoman Brooke Bohnenkamp said via email: “The Pierre Police Department discontinued the practice prior to the filing of this lawsuit. The city is glad the lawsuit has concluded; the Pierre Police Department remains committed to protecting the public and treating people with dignity and respect while upholding the law.”

She said the $150,000 payment to Riis and Holcombe will be covered by the city’s insurance.

The ACLU of South Dakota and Rapid City attorney Jim Leach said they filed the Fourth Amendment lawsuit claiming the painful procedures done to the plaintiffs after police obtained search warrants violated the right to be free of unreasonable searches. Leach says none of the search warrants spelled out that police would use forced catheterization to get the urine samples.

According to the court judgement filed last month, the cities of Pierre, Sisseton and Wagner, as well as police departments in Sisseton and Wagner and several law enforcement officers and other individuals ageed to pay $440,000 to Riis, Holcombe, Aaron Henning, Gena Alvarez and Aaron Peters.

The South Dakota ACLU on Wednesday, Sept. 16, announced the settlement in the federal lawsuit that brought national attention to Pierre police officers’ practice of holding down people to obtain urine samples through forced catheterizations.

Leach, the Rapid City attorneys who worked with ACLU attorneys on the case filed in June 2017 in federal court, said it’s nice to win the lawsuit that includes the $440,000 settlement.

“But what I’m most pleased about is that Judge Lange ruled that forcible catheterization to search for drugs is illegal in South Dakota,” Leach told the Capital Journal, referring to Lange’s April 28 opinion. “Police cannot do that to people anymore. It’s really a terrible thing.”

Riis, 37, grew up in Pierre. In recent years, he has been in trouble related to using methamphetamine. Riis is on parole that he’s serving at the Yankton Community Work Center, according to state prison records. He was sentenced in February 2020 in state court in Pierre to nine years and 9 months, with 5 years suspended, for using meth.

Lange ruled on April 28, 2020, that the forced catheterizations were unconstitutional, which laid the groundwork for the settlement reached Aug. 4 by all parties before the case went to trial. The Capital Journal reported in May 2020 that in the lawsuit filed in federal court in Pierre in June 2017, Riis testified the pain when Pierre police had him involuntarily catheterized at Avera St. Mary’s Hospital in Pierre was excruciating.

Riis said that, at the request of hospital workers, a Pierre police officer held his penis during the procedure.

“It was like peeing razor blades,” Riis said, according to court documents in the lawsuit. “And it hurt from my stomach to the end of my penis.”

Police officers said they needed to use a catheter because Riis’ blood sample showed no meth, but his urine would show it for a longer period of time after he used meth, Riis testified.

Leach said the procedures being used were said by some of the law enforcement officers involved to be standard operating procedures. Yet the scenes were horrifying, with police officers and medical personnel holding down the people and forcing the cathethers up their urinary track.

“The police actually made videotapes of three of the people they did this to. . . including the two from Pierre, Riis and Holcombe,” Leach said. “So we didn’t have to argue about how much it hurt.”

“At some point, someone outside the system has to say — and in this case, it was Judge Lange who said — ‘No, that’s wrong,” Leach told the Capital Journal on Wednesday. “Under our Constitution, people have rights and police cannot inflict great pain on people simply to gather evidence.”

During his deposition in the federal lawsuit, Riis testified that he used meth three days before he was stopped by police and forcibly catheterized.

In his April 28 ruling, Lange said at times police need to use invasive measures to obtain evidence in a serious crime case, perhaps such as drug trafficking.

Riis and Holcombe, however, was not suspected of trafficking drugs.

“But ingesting drugs is one of the least serious drug crimes a person can commit,” Lange wrote.

A first-time offender for using meth is “presumptively entitled to probation under South Dakota law,” he wrote. “In contrast, the distribution of a controlled substance carries the potential for a much higher sentence.”

The police officers’ “need to obtain the plaintiffs’ urine to prove a low-level drug crime did not justify subjecting the plaintiffs to involuntary catheterizations, a highly invasive — and in these cases — degrading medical procedure.”

In the end, the five plaintiffs themselves received checks collectively for a total of $165,000, or 37.5% of the total settlement of $440,000; the remaining $275,000 went to pay attorneys’ fees and other costs, according to Judge Lange’s approval in court documents.

Leach said it was an “all-or-nothing” settlement, in that all parties had to agree on the dollars, and said the costs amounts “were split between ACLU attorneys and me.”

Gena Alvarez received $95,000 from defendant Adam Woxland, who was a Highway Patrol trooper who had her forcibly catheterized in Wagner; she personally received a check for $45,000 while $50,000 went to costs. Woxland resigned from the Highway Patrol before the lawsuit was filed. The Patrol itself was dropped from the lawsuit because the U.S. Constitution’s 11th amendment prohibits lawsuits against state agencies, Leach said. But the Patrol paid the settlement for Woxland, Leach said.

Woxland testified such forced catheterizations were “standard procedures for the Patrol. But he was contradicted by the Highway Patrol,” Leach said.

Aaron Peters was awarded $96,000 from the city of Wagner, its police department and police officers DesaRae Gravatt and Brian McGuire and from “James Does 1-6,” individuals involved in the catheterization.

Leach said in the end, all the settlement money from all defendants was paid out of the same insurance fund that covers local governments in the state.

Holcombe, 36, is, like Riis, on parole from the state prison. He’s serving parole for a June 2017 sentence in state court in Pierre of 6 years and 3 months for using meth.

Leach said of Riis and Holcombe and other plaintiffs who had criminal convictions: “They paid their debt to society and now society is paying its debt to them — or, not society, but the police.”

Leach said the evidence doesn’t show that the city of Pierre stopped doing forced catheterizations on its own.

Lange, in his April 28 ruling, remarked on how unclear Pierre’s city ordinances were about how much authority the police chief had over police department procedures and practices, especially in regard to forced catheterizations, Leach said.