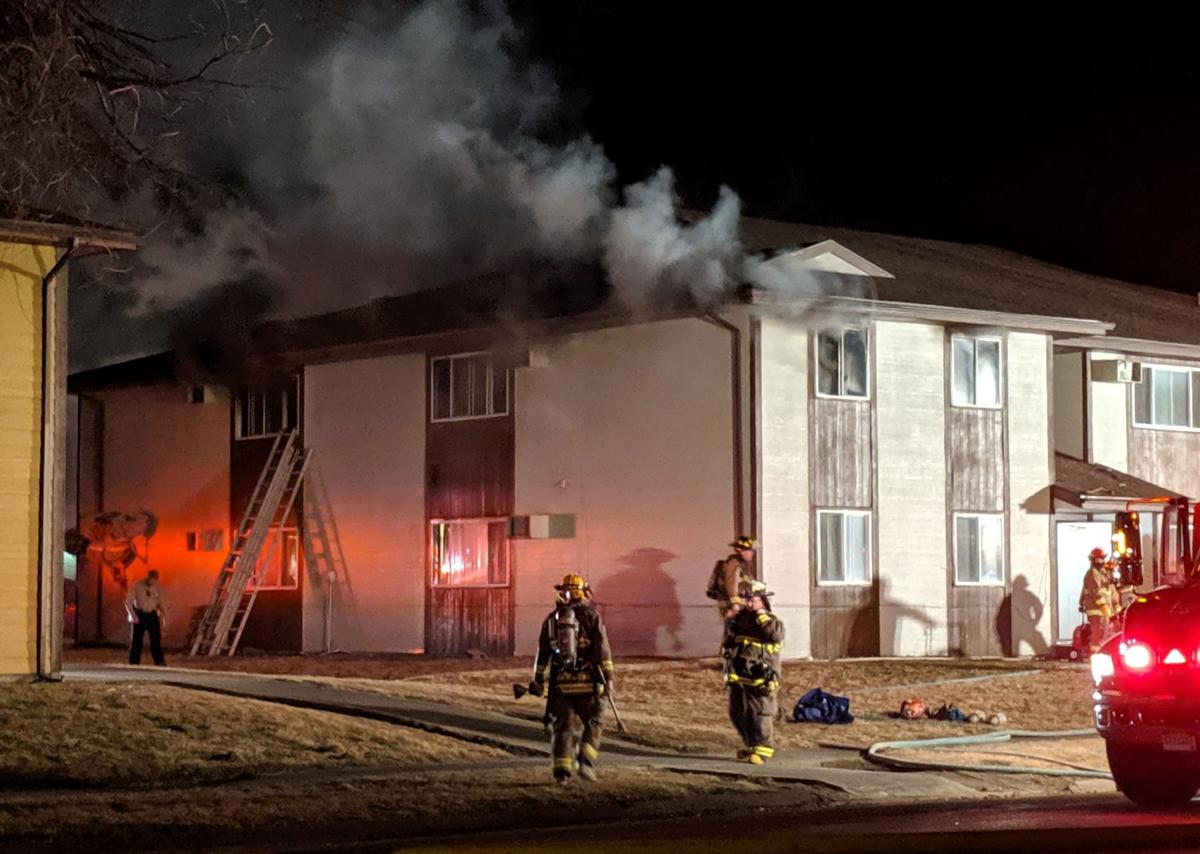 Firefighters use ladders to rescue two people from the upper floor of an apartment building in the 300 block of South Poplar Avenue between Dakota and Sioux avenues in downtown Pierre late Friday night, March 20. 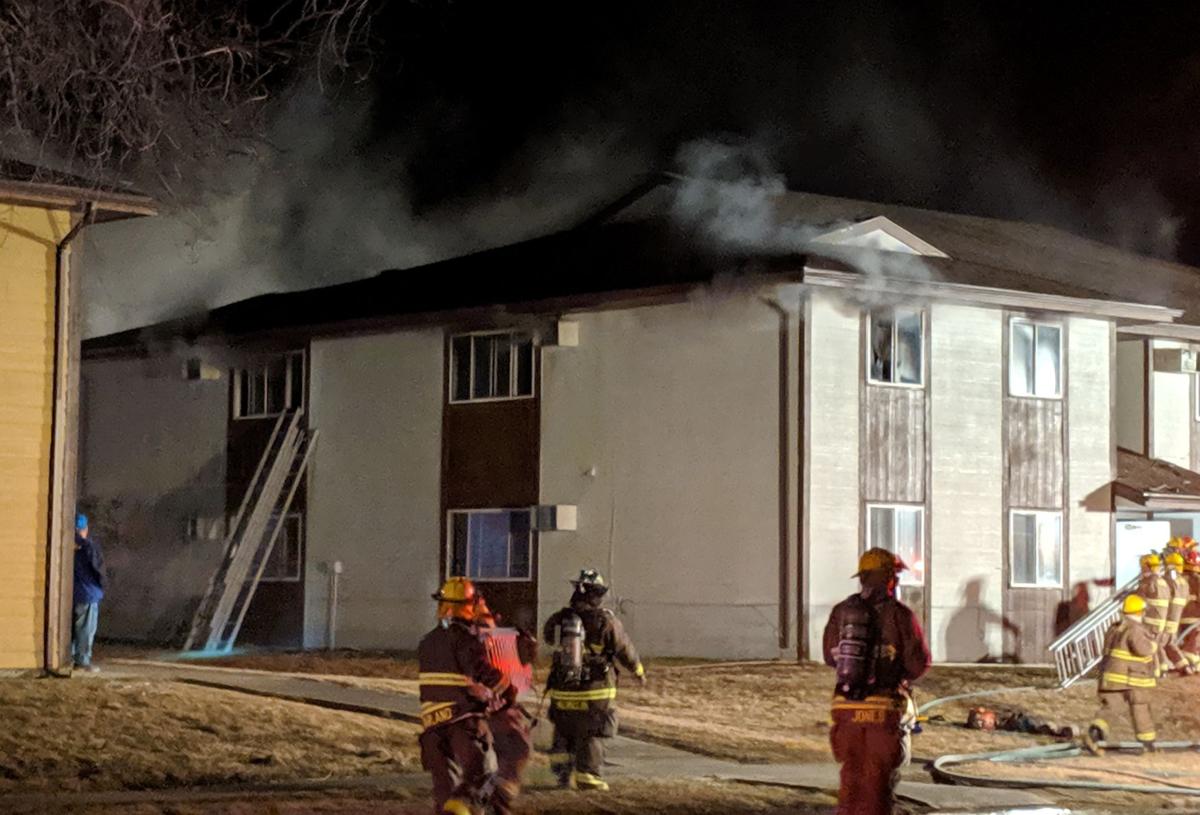 Firefighters use ladders to rescue two people from the upper floor of an apartment building in the 300 block of South Poplar Avenue between Dakota and Sioux avenues in downtown Pierre late Friday night, March 20.

About two dozen people are homeless after a late Friday night fire damaged a 12-unit apartment complex in the 300 block of South Poplar Avenue in Pierre.

Fire Chief Ian Paul said the Pierre Volunteer Fire Department was dispatched about 9:30 p.m., Friday, March 20, to the 12-unit apartment complex. Using ladders to reach the second-story windows, firefighters rescued two people trapped in the smoke and fire in the building between Dakota and Sioux avenues.

Heavy smoke was billowing out of all sides of the building, and the report was that people were trapped on the upper floor while other residents already had escaped the building, Paul said.

Firefighters quickly deployed ladders to two locations on two sides of the building where people were trapped. Officials then helped the occupants through the windows and down to the ground.

Firefighters then turned to attack the fire.

“We deployed a team of four through the front door to attempt to locate the fire through the heavy smoke,” Paul stated via news release. “Our firefighters found the main body of the fire in an apartment and quickly extinguished the bulk of the fire.”

The fire apparently started in a second-floor apartment. Sunday, Paul said the origin of the fire does not seem suspicious, but remains under investigation.

All of the heat damage was in the second-floor apartment where the fire appeared to have started, and the remaining damage in the building was from smoke and water from the fire fight.

Eleven of the 12 units in the building were occupied by about two dozen people, Paul said. The victims first were sheltered in a River Cities Transit bus and some were allowed back into their homes to retrieve essential items after the fire was out, Paul said.

The Red Cross is providing temporary housing and essential items lost by the fire victims. The apartment owner is looking to find everyone new apartments, Paul said. The damaged building appears salvageable, but it will take some time to get it fixed up, he said.

“The apartment building did have working smoke detectors, which did alert some of the people to get moving,” Paul said.

“We were extremely fortunate that no one was seriously hurt as a result of this fire,” Paul said. “With the critical information communicated through our dispatch center and the fast actions of law enforcement, firefighters and other first responders, we had a positive outcome.”

He said firefighters were on the scene for about three and a half hours.

So I read on social media that someone stole a TV from the home of a victim.

If that is true, WTG sub-human.