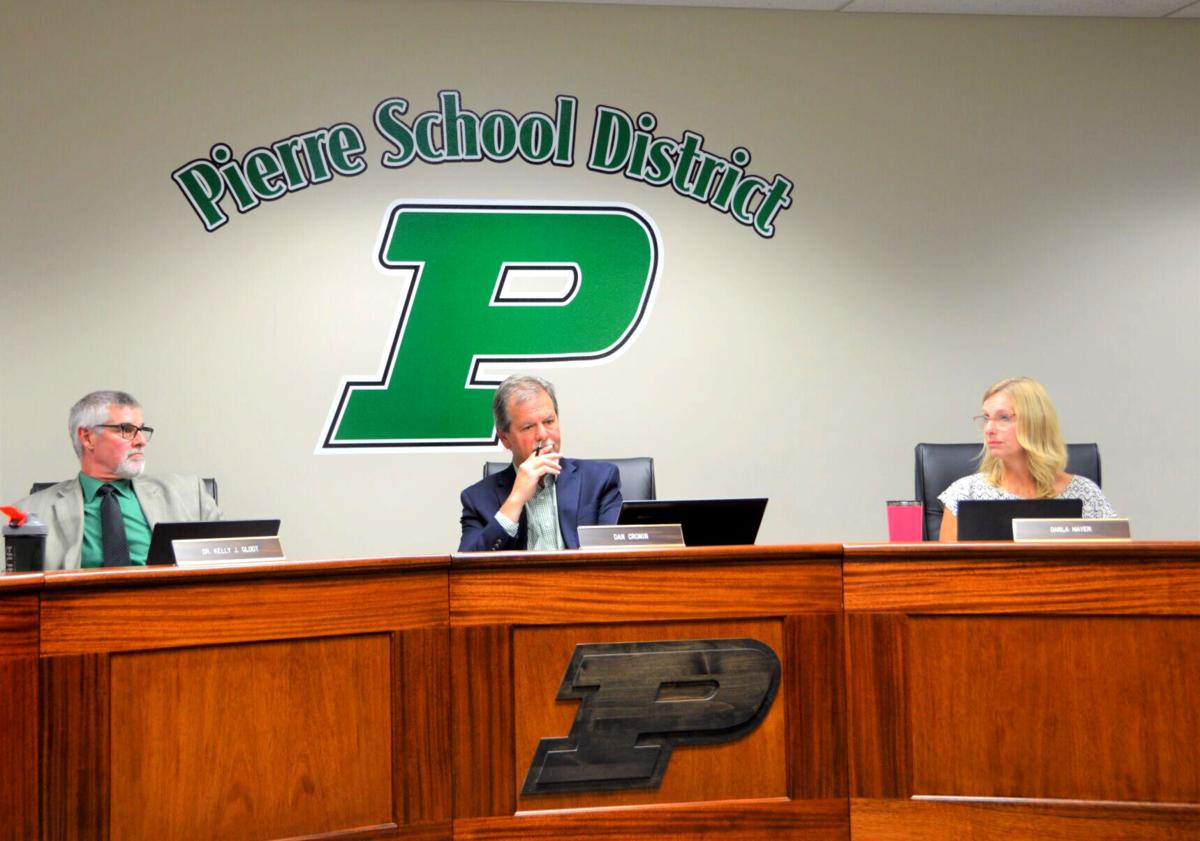 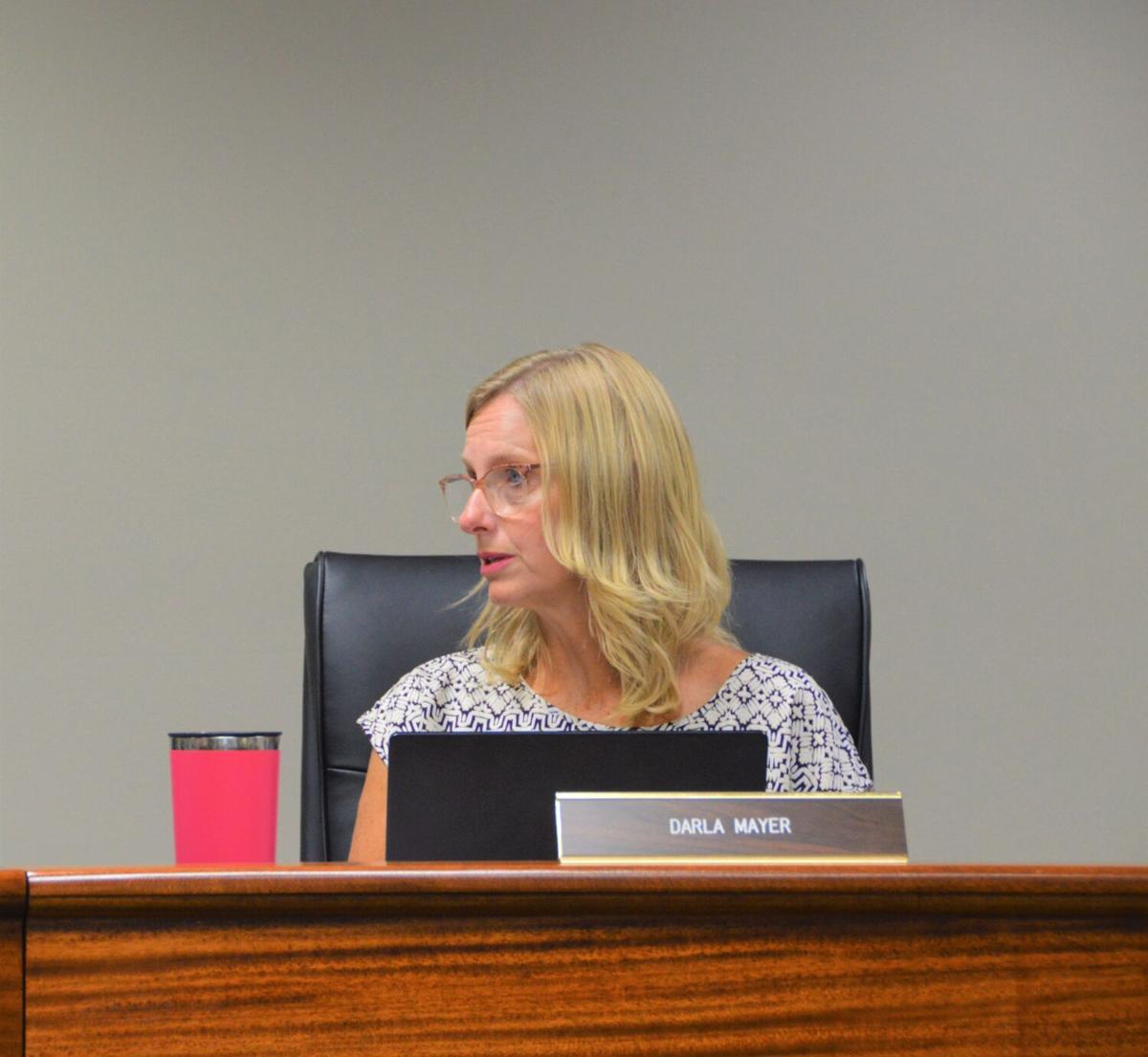 Very late Wednesday, the Capital Journal received word the Pierre School District will postpone scheduled football, volleyball and soccer games for the rest of the week due to the increase in COVID-19 cases.

The number of active infections among Pierre students officially reached five on Monday.

The email from T.F. Riggs High School Athletic Director Brian Moser states that officials hope the postponed games will be “rescheduled at a later time and date.” He also said as of Wednesday evening, middle school sports scheduled for this week are to go on as scheduled.

“Other high school sports are also going to be considered in the near future with more discussions with coaches and administration to ensure we keep both our athletes and the towns we are competing against safe,” Moser added.

The Wednesday announcement followed the Monday school board meeting, during which Superintendent Kelly Glodt reminded members of the Pierre community to “stay vigilant” in the effort to prevent further positive infections.

“Our school year is going to be greatly determined by the health of our community and our entire community staying healthy,” Gloat said Monday evening.

Board members also unanimously approved the district’s budget for the 2020-21 fiscal year during the meeting. This year’s total budget came to $33,927,714, which is about a $3 million increase from the 2019-20 spending plan. The general fund was revised to reflect a 4% salary increase, and capital outlay increased by around $2.5 million to account for several projects the district has in the works.

Board members unanimously approved a motion to refinance the debt that was originally issued to finance construction costs for the building of Kennedy Elementary School in 2014, a measure officials said will save the district a net $1.07 million.

“At the time, we issued $9.79 million in debt to be paid off over 20 years at an average interest cost around 3.3%. Since that time, interest rates have fallen considerably and we currently have an opportunity to issue new debt to pay off this debt. The new debt will be at a lower interest rate and is projected to save the district over $1 million between now and 2033 as well as reduce the debt term by one year,” Pierre School District Business Manager Darla Mayer told the Capital Journal.

The market is expected to become more volatile as the November election approaches, so Mayer said the district plans to issue the new debt now while the interest rates are lower and use the proceeds to pay off the original debt by June 2021.

School districts usually issue non-taxable debt, meaning investors do not pay taxes on the interest the bond earns. But when it comes to refunding debt by giving new debt, issuing taxable debt is a federal requirement.

Although the school district has resumed in-person classes for students, the threat of a COVID outbreak looms and preparation is necessary. On Wednesday, Sept. 16, the district is holding a full-day of in-service for COVID planning. The focus will be on students transitioning from quarantine back into the classroom and ensuring that it is as “seamless” as possible.

“It’s gonna get spread at school like it can any place, but there’s a lot of hours that we’re not in school. So I’ve tried to push the personal responsibility, not only of students and staff, but our entire community in and out of school to...limit your exposure,” Glodt told the Capital Journal after the meeting.

Specifics about each case were not given in order to protect the identity of the infected, but Glodt said that last Friday he was notified of three cases within the district, and of a few others Monday morning. Pierre School District updates the number of active cases among students and staff on their website every Monday.

Despite the recent uptick in cases, Glodt said the school year was off to a “really good” start. When the school year started on August 20, there were no positive cases reported.

Even though the case count is low so far, Glodt said there is “no question” that the school district will have more cases.

The school district is often contacted by a parent alerting the school of a positive infection before the State Department of Health, Glodt said. Once health officials give the district the student’s information and the dates they were tested and deemed positive, the school then gets to work identifying close contacts to provide the health department. A school nurse talks to the student’s teachers to come up with a list of people who were in close contact with the infected student during the window of contagion, which Glodt said “can get to be long” if the student is traveling to multiple classes a day and interacting with more people. The school then notifies the close contacts’ parents or guardians of their status and tells them they will be contacted by the health department.

“Please answer the call. Please answer their questions. Please abide by the recommendations the department of health makes,” Glodt said. “In our back to school plans that the board approved, it says we’re gonna follow the department of health recommendations. So none of that has changed yet. I mean, it could change in the future, but it certainly hasn’t changed [yet].”

The bottom line, Glodt said, is that parents and students should continue to use the health screening tool, which can be found on the district’s website, daily to determine if the student is safe to attend school in person. If the health department identifies someone as a close contact they should abide by the department’s recommendations.

Getting parents to understand the close contact system has been “the trickiest part,” Glodt said.

“It’s very hard for a parent to get a call from the department of health or the school district and say, ‘OK, so my son or daughter is not sick, but the school said they were sitting next to someone for one period and now you’re telling me I have to keep them home for 14 days?’,” Glodt said.

Currently, Hughes County has “moderate” community spread status, so health restrictions on attendance are more relaxed than if the district had “substantial” spread. In areas with substantial spread, if a student displays any COVID symptoms regardless of contact with a positive individual they should stay home.

As a result of the COVID-19 pandemic, the school board formally unanimously approved a motion that would consider all Pierre School District employees “critical infrastructure employees.” Critical infrastructure employees are defined as workers that “are considered so vital to the United States that their incapacitation or destruction would have a debilitating effect on security, national economic security, national public health or safety, or any combination of thereof,” according to the national Cybersecurity & Infrastructure Security Agency.

The board also voted unanimously to increase the recruitment bonus for classified positions from $100 for referee and new employee to $150 each. Glodt said it’s been more challenging than usual to fill those positions this year due to the pandemic.

“It’s tough. We’re trying to be as consistent as we can, and make sure that we’re keeping an eye on the reality of the situation and adapting when we need to,” Glodt said.

“It’s gonna get spread at school like it can any place, but there’s a lot of hours that we’re not in school. So I’ve tried to push the personal responsibility, not only of students and staff, but our entire community in and out of school to...limit your exposure.”