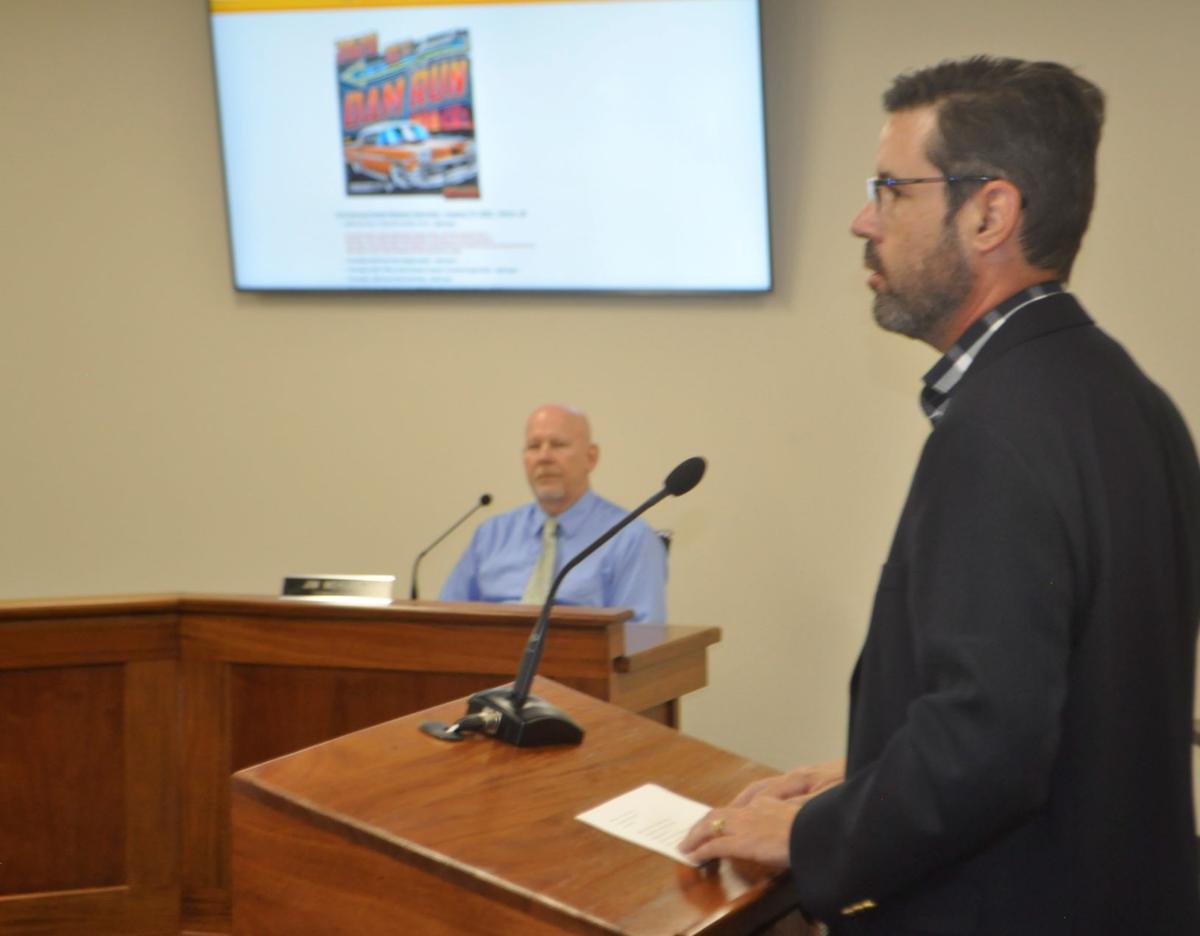 Patrick Callahan, president of the Pierre Street Masters car club, told the City Commission on Tuesday, June 16, that the Street Masters' annual Dam Run and car show is slated for Aug. 7-9, despite the COVID-19 pandemic causing many car shows in the region to be canceled.

Patrick Callahan, president of the Pierre Street Masters car club, told the City Commission on Tuesday, June 16, that the Street Masters' annual Dam Run and car show is slated for Aug. 7-9, despite the COVID-19 pandemic causing many car shows in the region to be canceled.

The Pierre Street Masters will host their annual Dam Run and auto show, coronavirus be dammed.

“We want the public to know we’re going to do it,” club President Patrick Callahan told the Commission and their audience on OAHE-TV, operated by Callahan that records each City Commission meeting, including the one Tuesday, June 16.

Many large car shows across the region have been canceled this year because of the COVID-19 pandemic, Callahan said. But “there’s a strong base of people who want to have something to do.”

It will be the 31st annual Dam Run, from Pierre and Fort Pierre to Oahe Dam and back.

The early August dates should work out well, maybe giving people on their way to or from — or skipping — the Sturgis Motorcycle Rally something to do.

There are several events planned that give any member of the public plenty of time and space to take close ganders at the spiffed up vehicles, with prize money to win. it involves a parade, a “gravity run,” of coasting, and displaying cars at the Capitol, Callahan said.

The mayors of Pierre and Fort Pierre again will be part of choosing best of show sorts of awards, Callahan said.

The 1958 Chevrolet Impala owned by Claude and Karen Bent of Hot Springs was chosen as the People’s Choice during the 2019 Street Masters Annual Dam Run and car show event last August in Pierre.

The year 1958 was, in fact, the first year of production for the now-venerable Impala. It has been produced, with a few interims of rest on the assembly line, ever since.

Until now, that is.

The last, the final, Impala rolled out of the Detroit factory in late February, according to company and news reports. But who knows. GM has tried to stop it on previous occasions.

A likeness of the Bent’s ‘58 beauty, produced by RMS Screen Printing and Embroidery of Rapid City, is used for this year’s promotion of the Street Masters Dam Run, according to Marlin Roseland, who coordinates publicity and the website for the Pierre Street Masters.

Not only in ads and on posters, the two-tone hardtop ‘58 Impala will appear “on all of our 2020 Dam Run apparel,” Roseland told the Capital Journal in an email.

A new People’s Choice will be selected this August.

“This award is selected by the general public attending and voting during the Show ‘n Shine and presented on the grounds of the South Dakota State Capitol,” Roseland said. “It is believed to be the only car show of its kind conducted on any state capitol grounds.”

Anyone interested in joining the car club is welcome. Membership in the Street Masters of Pierre costs $30 a year.