In hopes of keeping the U.S. Senate in Republican control, Gov. Kristi Noem campaigns in Georgia on Sunday. Noem continues raising her national profile for a possible 2024 presidential run. 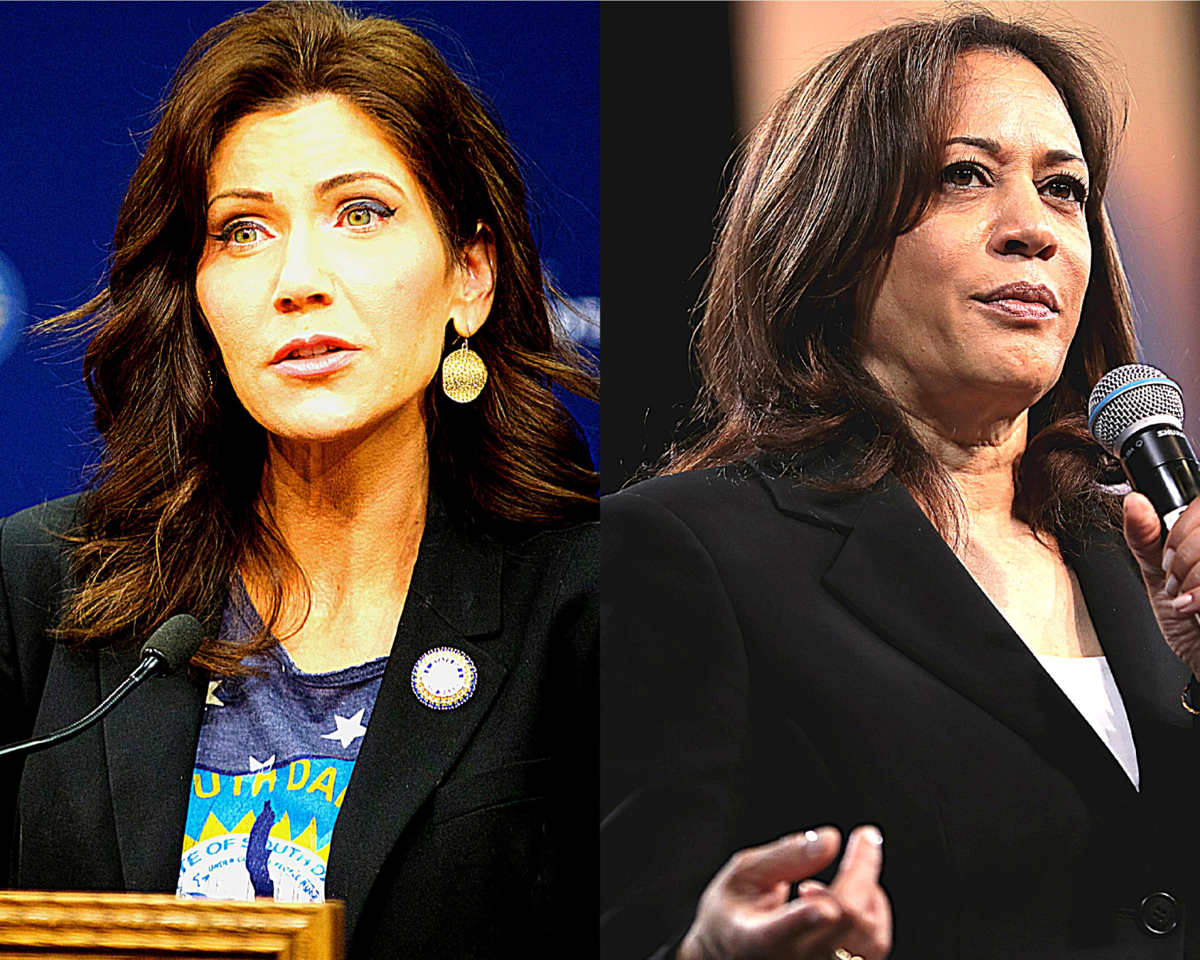 According to published reports, while in Georgia on Sunday, Gov. Kristi Noem blasted Vice President-elect Kamala Harris during a campaign stop on behalf of U.S. Sens. David Perdue and Kelly Loeffler, both R-Georgia.

In hopes of keeping the U.S. Senate in Republican control, Gov. Kristi Noem campaigns in Georgia on Sunday. Noem continues raising her national profile for a possible 2024 presidential run.

According to published reports, while in Georgia on Sunday, Gov. Kristi Noem blasted Vice President-elect Kamala Harris during a campaign stop on behalf of U.S. Sens. David Perdue and Kelly Loeffler, both R-Georgia.

Again campaigning in Georgia on Sunday in an effort to keep the U.S. Senate in Republican control, Gov. Kristi Noem — who some believe will run for president in 2024 — pulled no punches when talking about the potential 2024 Democratic nominee: Vice President-elect Kamala Harris.

According to reporting from the Washington Examiner, Noem called Harris: “the most extreme liberal senator we have.”

“We don’t want that individual breaking ties in the Senate on the most controversial pieces of legislation in this country,” the Examiner quotes Noem saying of Harris while in Georgia on Sunday.

Noem has said she is working to keep Democrats from gaining consolidated control of the federal government. To do this, she is going to Georgia to support Republican U.S. Sens. David Perdue and Kelly Loeffler, who face their runoff re-election challenge on Tuesday. They are facing stiff challenges from Democrats Jon Ossoff, who seeks to unseat Perdue, and the Rev. Raphael Warnock, who opposes Loeffler.

If Democrats win both of these Georgia races on Tuesday, Democrats will take the majority in the U.S. Senate because Harris would be the tie-breaking vote, per the Constitution, in her capacity as vice president.

“I’ve been telling folks this is not just about our Constitution. It’s not just about liberty. It’s about what does life look like a year from now if you elect the wrong person,” Noem also said during the McDonough, Georgia campaign stop, according to the Examiner.

“The only reason you know who I am is that the liberals have been busy beating me up for every single decision I’ve been making for my people in South Dakota,” Noem added according to the publication. “My people are happy. They are happy because they’re free.”

Also Sunday, President-elect Joe Biden and Harris said they are making moves to get more people to wear masks to slow the spread of COVID-19. Via Twitter, they said they would call on every governor to institute a 100-day mask mandate in their states.

Noem, so far, has flatly refused to even consider a mask mandate.

Monday, Noem continued to attack Democrats for allegedly embracing socialism. Via Twitter, she stated: “It’s remarkable how quickly Democrats have embraced socialism. When I served in Congress, I knew that some members were socialists, but they’d never say it publicly. They do now. We need to educate our kids on how socialism destroys lives, how it is contrary to American values.”

Shameful. It seems President Trump attempted to encourage the Secretary of State of the state of Georgia to "recalculate" the vote verifying, after three recounts, that he lost that election. For our governor to continue to support him by making derogatory accusations against the President/Vice-President Elect is disturbing to say the least.

South Dakota Governor Noem has been sucking on the government teat for over a decade through the family's farm/ranch. She and her family have amassed upwards of nearly $4M from government subsidies. Her brothers managed to grift @ $365K from the Trump subsidies when the payout cap was supposed to be $125K. Socialism? You bet! When the money flows her way it sure is A-OK.....the same with Loeffler. Take a LOOK! Noem's ranch is number 31 in the database. https://farm.ewg.org/top_recips.php?fips=46000&progcode=totalfarm&page=1