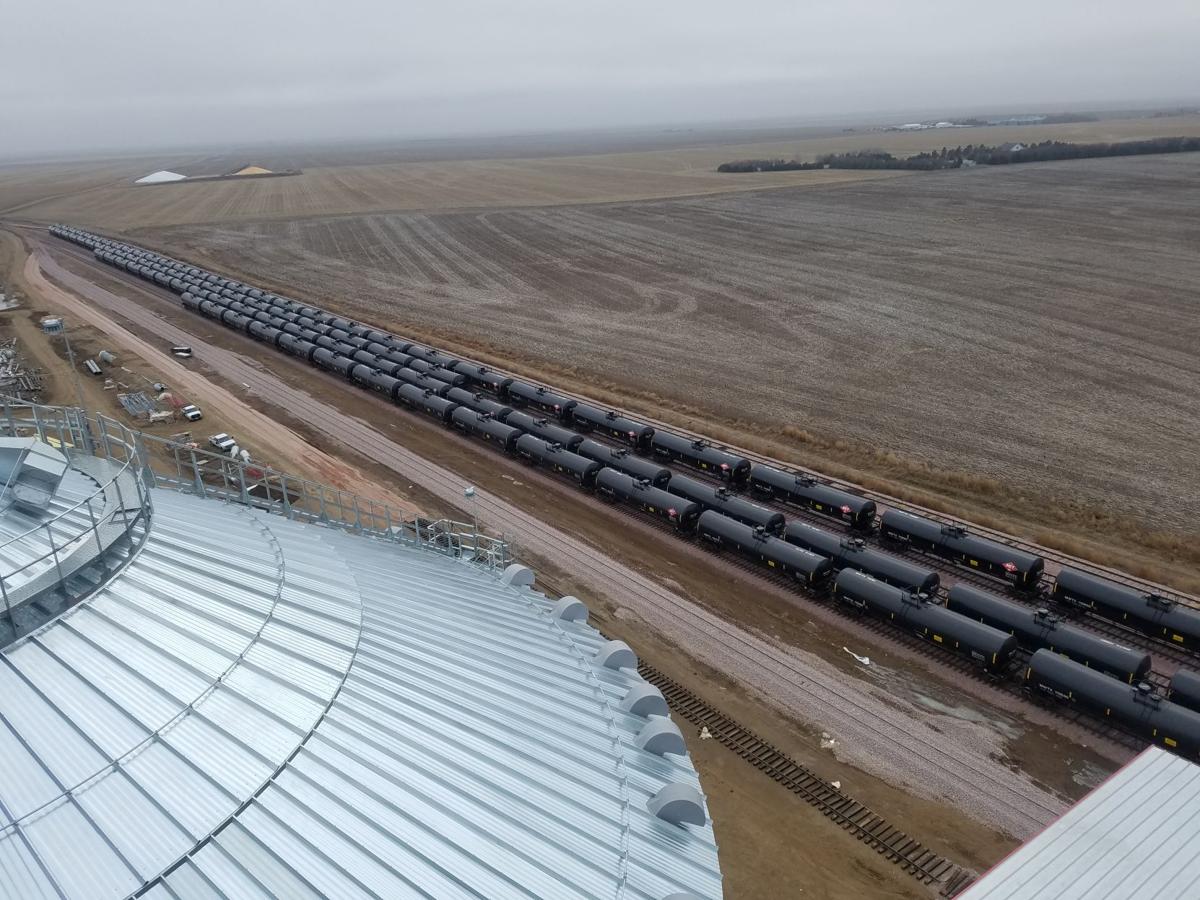 Ringneck Energy’s new ethanol plant at Onida, South Dakota, has been operating at full capacity for about two weeks and was set to ship out its first 96-car unit train of ethanol on Friday, June 14. CEO Walt Wendland told the Capital Journal. In this recent aerial photo provided by Ringneck, the tops of the plant’s structures can be seen and long strings of tank cars ready to take on ethanol, looking south from Onida. 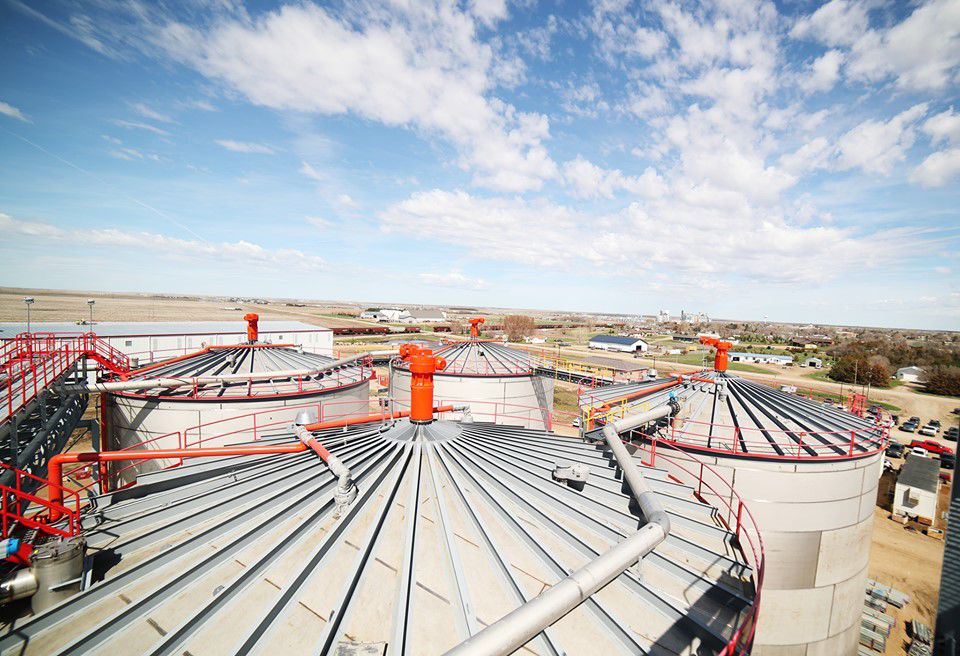 Ringneck Energy’s new ethanol plant at Onida, South Dakota, has been operating at full capacity for about two weeks and was set to ship out its first 96-car unit train of ethanol on Friday, June 14. CEO Walt Wendland told the Capital Journal. In this recent aerial photo provided by Ringneck, the tops of the plant’s structures can be seen and long strings of tank cars ready to take on ethanol, looking south from Onida.

About four years after dirt first was moved on the site just south of Onida, South Dakota, Ringneck Energy’s ethanol plant finally is in full production, turning 80,000 bushels of corn every day into 225,000 gallons of ethanol, says Walt Wendland.

He’s president and CEO of Ringneck Energy and will host an open house for Ringneck’s 190 investors/shareholders on June 25 in the Sully County Phoenix Center on Main Street in Onida.

“We expect probably 150,” Wendland told the Capital Journal. “We will have a lunch and then give them a tour of the plant. “

Later on in the summer, when the plant site is spruced up with some landscaping, Ringneck Energy will hold a “grand opening” for the public to show off the new $150 million plant that will produce 80 million gallons of ethanol a year from 29 million bushels of corn every year, Wendland said.

The winter blizzards and spring rains helped delay the completion of construction of the plant, just the latest issues that have kept things from going as swiftly as Ringneck had hoped.

The initial preliminary dirt work on the site began in 2015, as Ringneck officials began meeting with Sully County residents and officials to seek approval for the plant. Opposition from a few nearby residents and obtaining local, state and federal approvals for many steps along the way took longer than earlier hoped, Wendland has acknowledged. The first deliveries of corn came in February as construction by Fagen Inc. was winding down. A massive mid-March blizzard and a similar one in mid-April pushed back planned progress again.

“We started production the 23rd of April,” he said. But it wasn’t 100 percent at first.

“We had some ups and downs with the new process. It was kind of a mess around here that first month.”

Ear plugs might have been in short supply in Onida.

Tuning up the new boilers meant blowing off steam in a big way that made normal conversation in Onida homes not possible for a few days, according to a report in the Onida Watchman weekly.

“We were trying to work out some bugs,” Wendland said.

The boilers are mostly in tune now and there shouldn’t be much of a problem anymore with the noise, he said. “And if it does, we are building a muffler so it won’t be so noisy.”

For the past couple of weeks, production has gotten in the groove.

“It’s going 24/7 now,” he said. “We passed the performance test on June 4” that was set to check the construction and make sure everything goes according to plan, Wendland said.

That means the Fagen construction company has pretty much vacated the plant site with its crews and equipment, he said.

Finding enough workers has taken longer than expected, too, largely because of the low unemployment rate across the region, Wendland said.

Ringneck still is advertising for those two jobs.

Meanwhile, corn prices paid by the plant have gone above $4 a bushel.

“It’s been a long time since we have been over $4,” said Wendland who has been involved in building and operating other ethanol plants in Iowa and Minnesota.

While higher corn prices would appear to cut the profit possibilities of an ethanol plant, Wendland said the industry works on margins. “Ethanol prices have tended to follow corn prices to some degree because they know if ethanol doesn’t flow, production is going to drop and corn supplies will increase.”

The wet year has meant less corn will get planted than expected, probably, and the flooding along the Mississippi and the Missouri south of South Dakota has disrupted ethanol plants’ production and delivery.

But around Onida, a lot of corn got planted and looks pretty good, Wendland said.

Another marker was hit last week: “We have loaded our first unit train, 96 cars of ethanol,” Wendland said. “It will leave (Friday, June 14).”

It will go to Texas to be loaded on a ship for the export market.

“We will ship about 96-car unit trains a month,” he said.

About 10 percent of the nation’s ethanol production goes to the export market of about 20 countries, Wendland said.

“We are hoping for the China market to open up,” he said. “That is what the industry is waiting for.”

The new plant up and running means not only more value-added agriculture with ethanol being produced, but more demand for the corn and milo grown in the area and the distillers grain byproduct of the ethanol-making that gets sold as livestock feed.

The key role the plant plays in the region’s farm economy is illustrated by the fact that one of Ringneck Energy’s directors is Tim Luken, general manager of Oahe Grain Corp. in Onida.