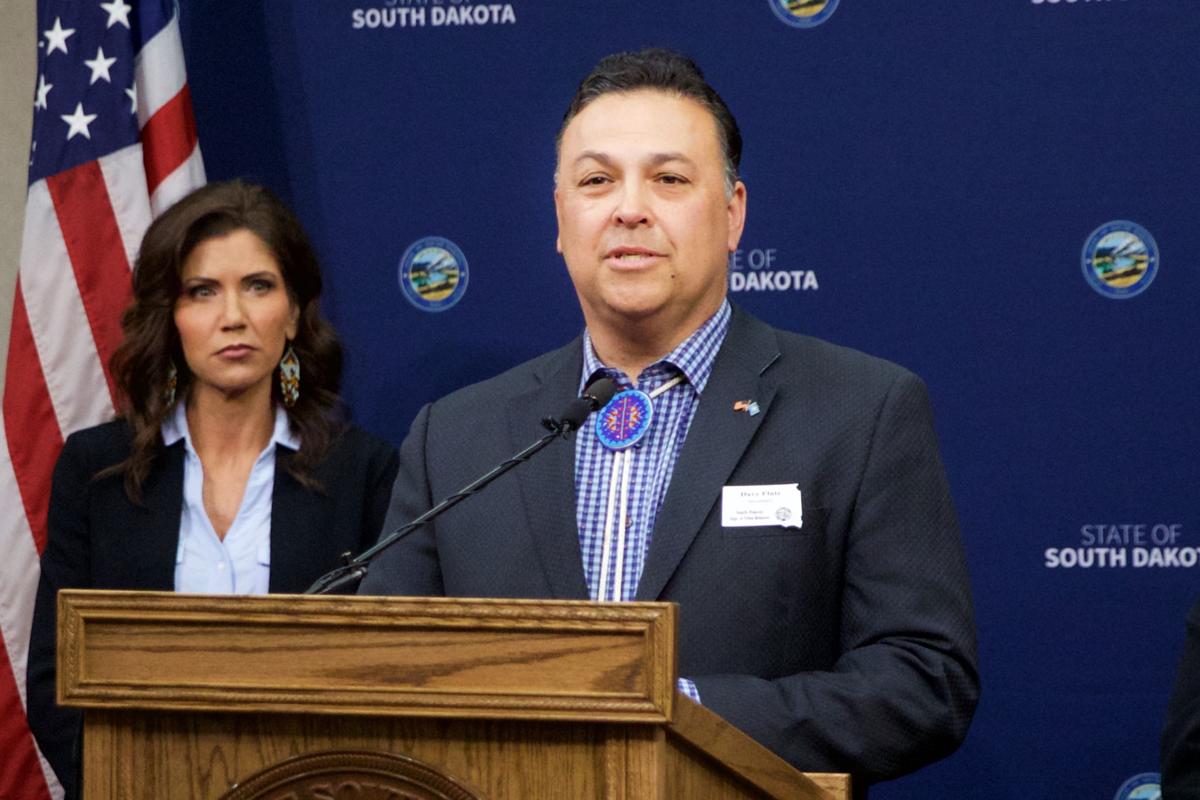 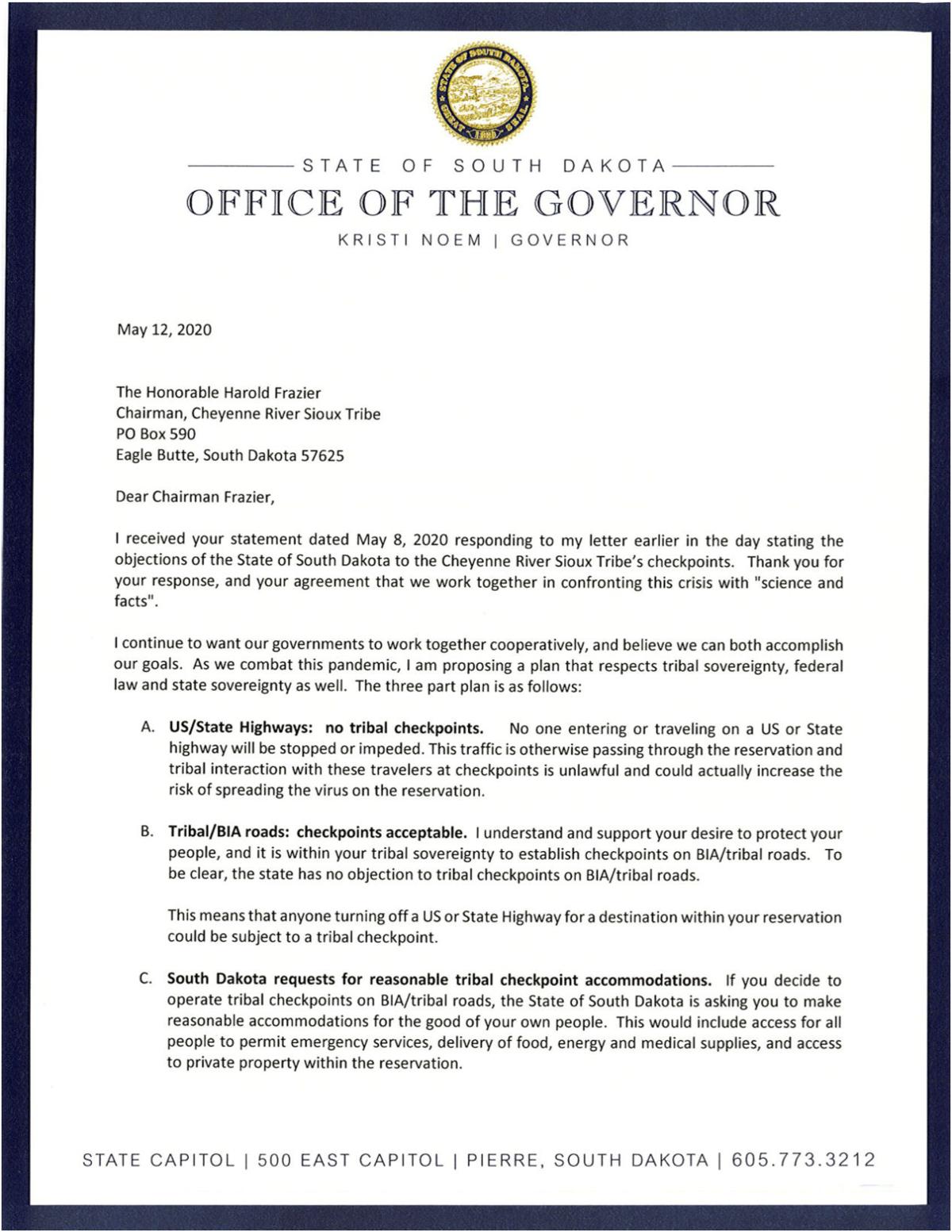 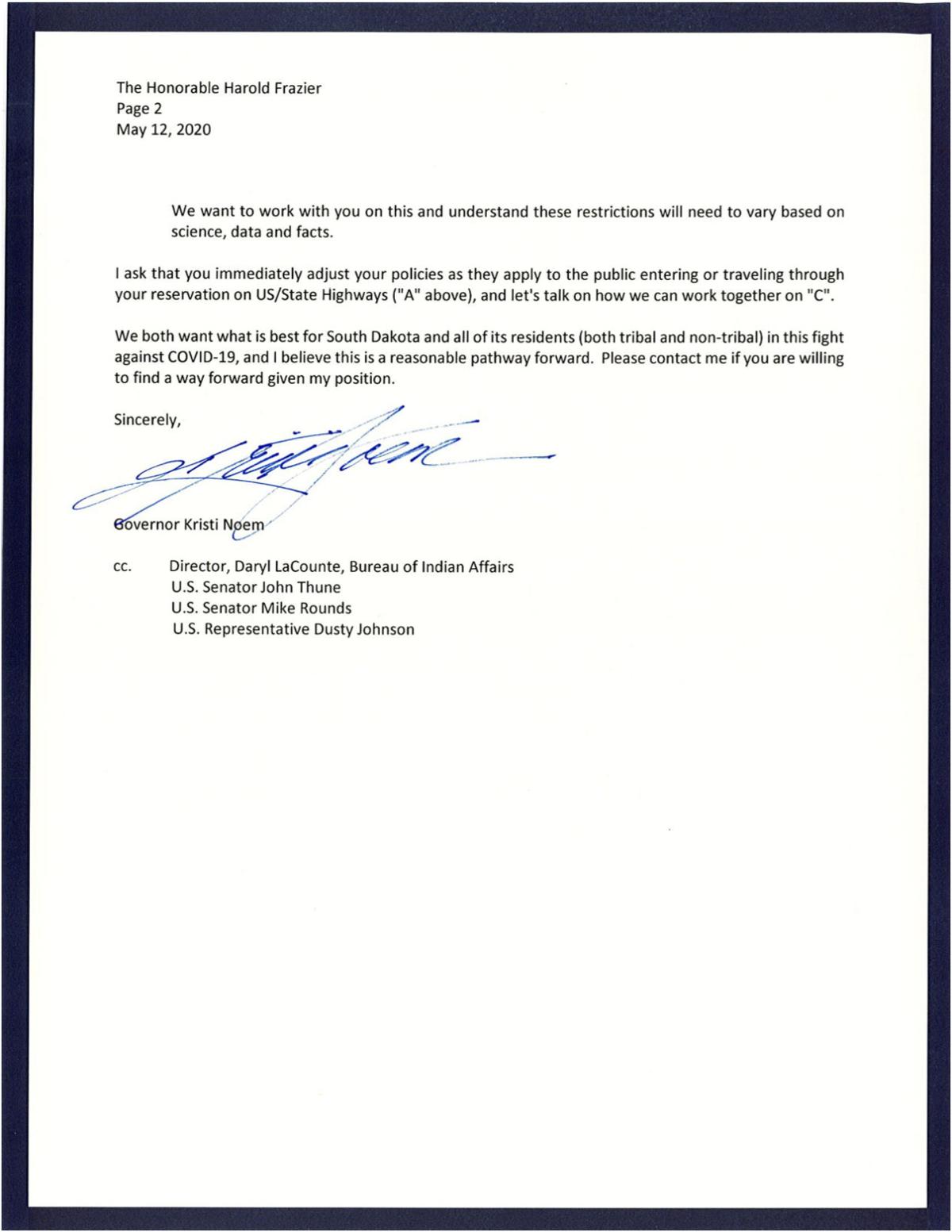 Gov. Kristi Noem continues pressing Cheyenne River Sioux Tribe Chairman Harold Frazier to pull back from the checkpoints along state and federal highways at the reservation’s borders, which Frazier said he is doing to battle the spread of COVID-19.

However, Frazier said he has no plans to remove the barriers — and in fact, wants to establish at least one additional checkpoint.

The reservation is about 50 miles northwest of Pierre.

“Right now, we have nine checkpoints on the reservation,” Frazier said during a Tuesday interview with DemocracyNow.org. “As soon as we get more equipment, we intend to put up another checkpoint.”

Noem, meanwhile, remains resolute in her efforts. She wants Frazier to agree to a three-point plan:

No tribal checkpoints on U.S. on state highways;

Checkpoints will be acceptable on the U.S. Bureau of Indian Affairs (BIA) roads; and

“Reasonable” accommodations for “emergency services, delivery of food, energy and medical supplies, and access to private property within the reservation.”

“I continue to want our governments to work together cooperatively, and believe we can both accomplish our goals,” Noem stated in her Tuesday letter to Frazier.

“We both want what is best for South Dakota and all of its residents (both tribal and non-tribal) in this fight against COVID-19, and I believe this is a reasonable pathway forward,” she added.

The precise number of Native Americans to die from influenza, measles, smallpox or other diseases transmitted by European immigrants through the centuries will never be known.

Frazier is determined to make sure the number of his members to die from COVID-19 is zero.

“The virus does not travel. It’s the people with virus that travel,” Frazier added during his Tuesday interview.