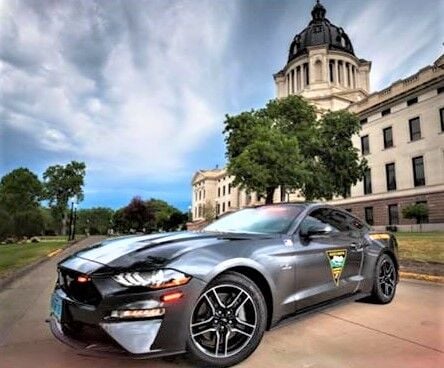 A South Dakota Highway Patrol squad car posing at the Capitol in Pierre. 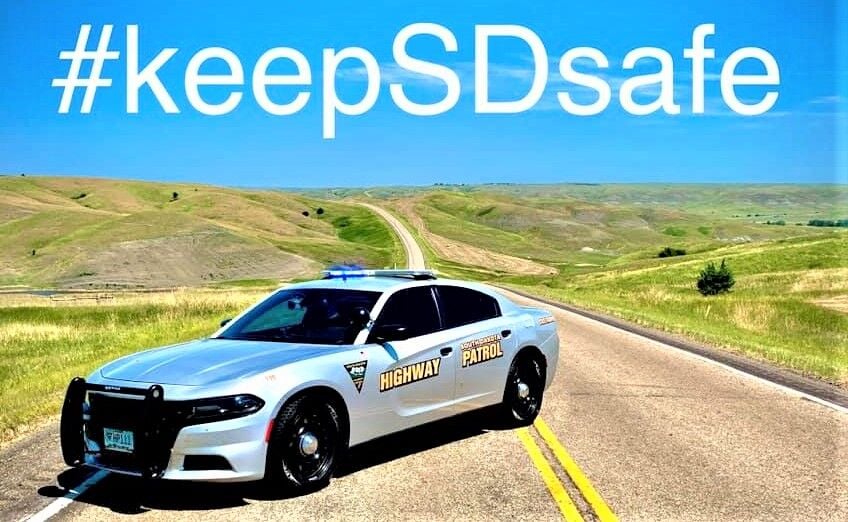 A Pierre-based trooper with the state Highway Patrol posted this photo a few days ago of a squad car looking spiffy on the Patrol's Facebook page. Patrol officials on the page have posted reminders to drivers to be safe, citing the significant increase this year in traffic crashes and deaths compared to last year.

A South Dakota Highway Patrol squad car posing at the Capitol in Pierre.

A Pierre-based trooper with the state Highway Patrol posted this photo a few days ago of a squad car looking spiffy on the Patrol's Facebook page. Patrol officials on the page have posted reminders to drivers to be safe, citing the significant increase this year in traffic crashes and deaths compared to last year.

Traffic deaths in South Dakota are up 38% over year-ago figures although miles driven in the state are down significantly, state officials told the Capital Journal this week.

Tony Mangan, spokesman for the state’s Department of Public Safety which includes the Highway Patrol, said 58 people have died in traffic crashes so far this year in the state as of Friday, July 24, compared with 42 people who died from Jan. 1-July 24 in 2019. That’s a 38% increase.

At the same time, the miles driven on the state’s highways are down significantly — 36% fewer in April and 20% fewer in May this year, compared with 2019, Jeff Brosz, a transportation specialist with the state Department of Transportation, told the Capital Journal.

Brosz said the pattern in the state fits what other states have reported since February: less travel due to the COVID-19 pandemic, although in the past month travel miles began nearing normal levels.

He said generally the total of vehicle miles traveled in the state rises a little each year, about 1%.

Mangan said traffic deaths continue to be caused by the main factors cited by safety experts: speeding, being intoxicated, not wearing a seat belt.

Two of the most recent deaths include that of a 58-year-old man west of White River, a small town 75 miles south-southwest of Fort Pierre, who died in a single-vehicle crash early Wednesday, July 22, just after midnight Tuesday, July 21.

In his report Wednesday, Mangan said the man was driving a 2007 Chevy Impala east on state Highway 44 about 22 miles west of White River when it left the road to the right side, flipped over several times and caught on fire. The man was not wearing a seat belt and was thrown from the car. He was pronounced dead at the scene.

The figures also include the death Wednesday, July 22, of a 58-year-old man in the Black Hills near Keystone. According to Mangan’s report, the man was driving a 1996 Harley-Davidson motorcycle west on Iron Mountain Road when he “failed to negotiate a right-hand curve. The motorcycle entered the oncoming lane and collided with an eastbound 2009 Dodge 2500 pickup,” according to Mangan. The woman driving the pickup truck and her male passenger — both 41 years old — were not injured. The man driving the Harley was wearing a helmet, which has preliminary investigative information, according to Mangan.

Like any statistics with relatively low actual numbers such as traffic deaths in South Dakota, percentages can swing relatively quickly. Two years ago, during the first half of the year traffic death numbers stayed well below the previous year’s figures; but within about three months, they rose to the same level and more.

One factor in this year’s increase in traffic deaths no doubt is that last year saw the fewest since the state began recording them in 1947: 102 people killed, well below the average of about 130 in the previous few years and 8% below the previous low of 111 in 2011.

One factor in 2019’s low number of fatalities perhaps was the weather: the wettest period in state history caused flooding over much of the eastern half of the state, kept many roads closed much of the year and covered many other roads for long stretches.

This year, the COVID-19 pandemic spurred a perhaps surprising phenomenon all over the country, including in South Dakota: super speeding.

State troopers have seen more extreme speeding this year because, it appears, of the pandemic giving some drivers the feeling there is less traffic on the highways, therefore presenting an opportunity to drive way over the speed limit.

Men, mostly, who maybe felt the need to get out, also saw an opportunity with emptier roads as people stayed home, to wind out their vehicles into the three digits on the speedometer, law enforcement officials have reported.

News reports of speeds of 150 and greater were not uncommon across the nation. In South Dakota, while overall speeding citations were down, tickets for driving well over the speed limit were up, troopers reported.

The faster drivers were right about one thing: the highways were emptier in South Dakota, at least until July.

The DOT’s Brosz told the Capital Journal that traffic on the state’s highways, including interstates, was down 14% in March, down 36% in April, down 20% in May, down 9% in June and down 4% so far in July, compared to 2019 figures for the same months.

For months, gas prices have been at long-time low levels, which normally encourages travel. But this year the coronavirus pandemic let many people saying “There’s nowhere to go.” Shopping malls, restaurants, sports venues have restricted access. State parks reported much larger numbers of visitors even as the parks themselves had to restrict access due to the pandemic.

Some people have reported just driving to get out of the house, even with no particular place to go.

The state DOT counts “vehicle miles traveled,” by using “inductive-loop traffic detectors,” — rubber-insulated wires installed in the pavement, electrically powered by a nearby box — which can electronically record a vehicle passing.

They also are used at traffic signal intersections to trigger lights.

The “loops” are more sophisticated and permanent than the older-fashioned rubber line laid across the roadway.

The detection loops are permanently set in the pavement and are “on” 24/7, 365 days a year, Brosz said. For this mid-year comparison,about 30 sites were used to compare to 2019 travel levels.

One of the vehicle-counting sites is about 3 miles east-northeast of Pierre on U.S. Highway 14/83.

Meanwhile, the upsurge in traffic deaths over 2019 began during the July 4 holiday, which saw more traffic deaths than in at least a decade, although the official length of the holiday can vary according to which day of the week July 4 falls on. This year the holiday was longer than usual.