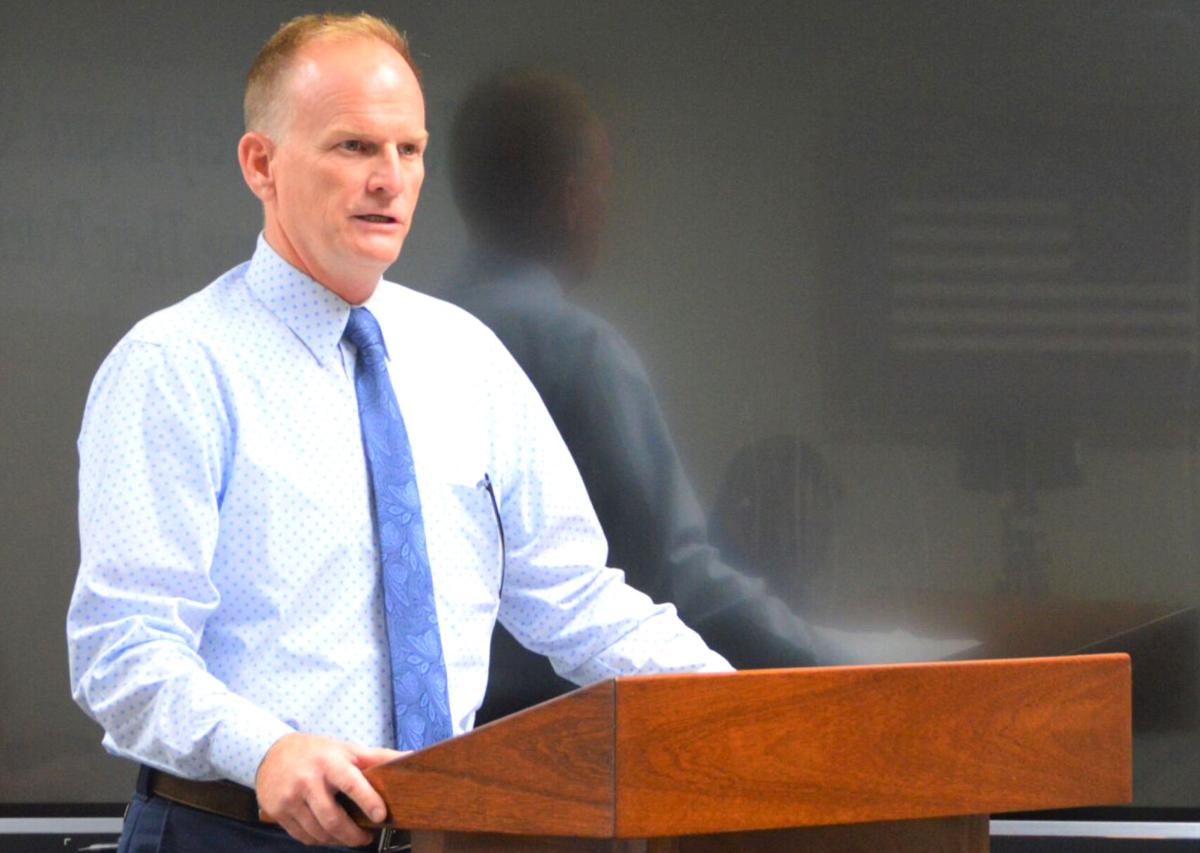 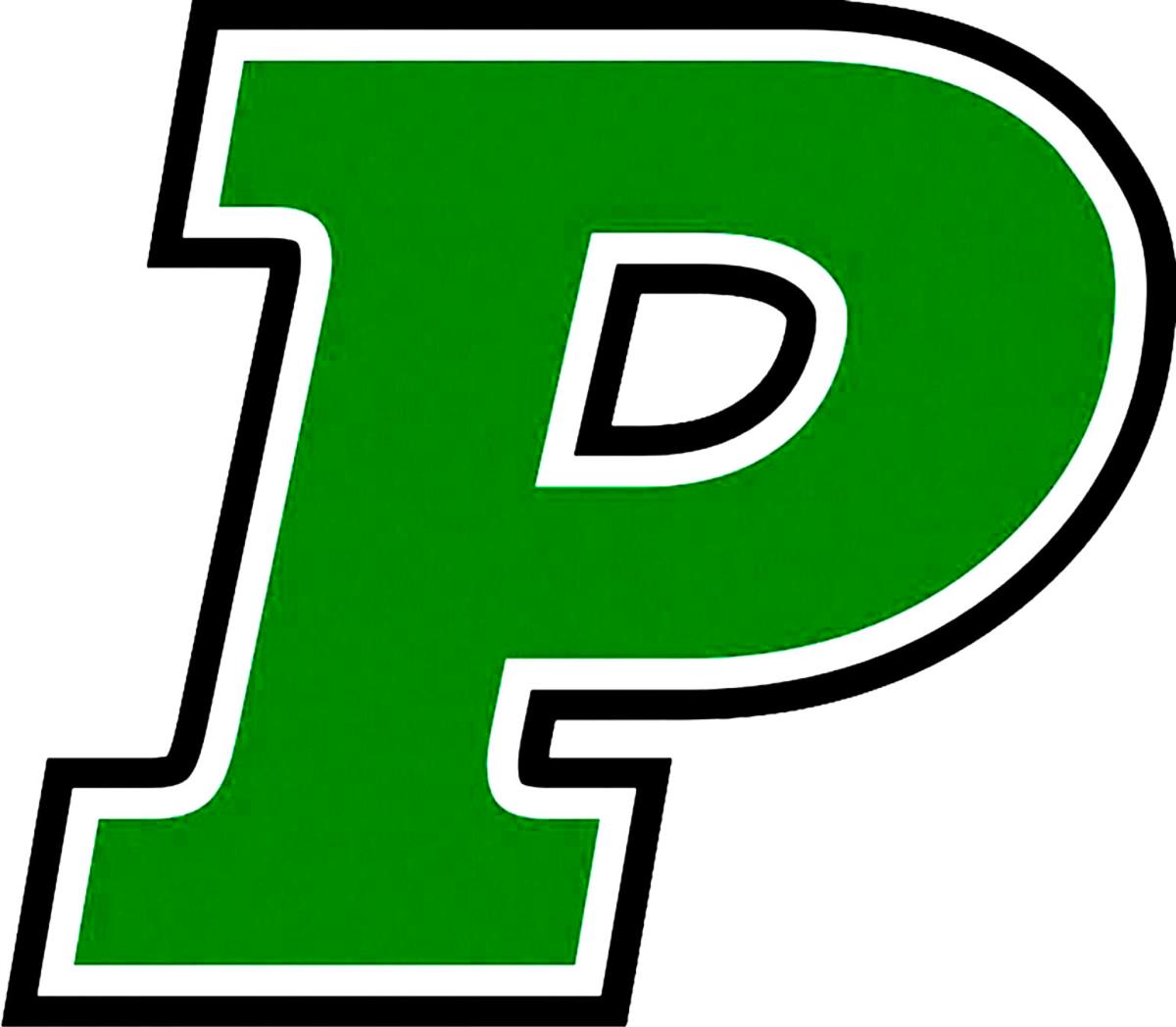 Shown is the logo for the Pierre School District.

Shown is the logo for the Pierre School District.

(Updated from original online version).As the number of active COVID-19 cases in Hughes County increases, Pierre’s T.F. Riggs High School has adopted a hybrid learning model for the foreseeable future. School was not in session Friday, Sept. 18, but will resume with a day of schoolwide virtual instruction on Monday. Other than the partial transition to virtual learning, current plans are for the school schedule to remain the same.

As of Friday afternoon, the school district website reflected five active cases among students, but the Pierre School District Superintendent Kelly Glodt said there are 18 infections among students at Riggs during a special school board meeting on Friday. Glodt said, fortunately, none of the infected students are seriously ill, which he said was a “huge concern” of the district’s.

The list of active cases is updated each Monday at https://pierre.k12.sd.us/.

Additionally, Riggs’ officials have identified at least 200 students as “close contacts,” meaning they were within 6 feet of an infected person for longer than 15 minutes. The number of close contacts “adds up quickly” when students are sitting close together in eight different classrooms a day.

”The rates of individuals who have tested positive for COVID-19 has greatly increased over the past few days. The number of our students who are having to quarantine due to being identified as a close contact is in the hundreds and continuing to escalate,” the Thursday statement issued by Riggs’ Principal Kevin Mutchelknaus, along with Assistant Principals Amy Boutchee and Rob Coverdale, reads.

The new plan will divide the student body in half by alphabetical order. Officials said the strategy will allow both halves of the students to attend school in person two days a week, and the other two days for online instruction. Every Monday will be entirely virtual.

For classes such as welding with limited students per class or where remote instruction is not possible, students can come in every day. Students without internet access at home will have socially distant spaces set aside in the building for them to complete their online classes. Students with learning accommodations will be brought in as much as possible, and if need be, all day every day. Students will still be served lunch in the same way as usual, and students whose classes are virtual can still come in to school for lunch.

The overall goal of the hybrid model is to keep students connected with the classroom and accountable for their education, regardless of if they are physically in school.

”The emphasis, either in person or virtually, would be every day is a school day. Every day, all day. We don’t want our students to be picking up hours at their part-time job. We want them connected with the classroom — and so as much as possible in those situations where we can bring in students in person in smaller numbers, we would really like to do that,” Mutchelknaus said during the Friday board meeting.

All elementary and middle schools in the Pierre School District, which have yet to see any infections, are scheduled to operate regularly at this time.

This news about Riggs came Thursday, which followed the Wednesday announcement that the school’s football, volleyball and soccer games for the remainder of this week are canceled due to coronavirus concerns. Also Thursday, Riggs Band Director Mackenzie McKeithan Jensen said marching band performances and practices are also suspended at this time.

The closure allowed high school staff to prepare for the transition to hybrid learning. The hybrid learning model was presented by Mutchelknaus at Friday’s board meeting, when it was unanimously adopted.

“We believe [the changes] will greatly reduce the spread of COVID and the number of students who are having to quarantine,” the email said.

The Riggs’ administrators asked that high school students “please exercise good judgement” and not have any social gatherings during the day off or over the weekend. During the special board meeting, Glodt emphasized the importance of community vigilance to mitigate further spread.

The plans are subject to change as the situation evolves, and the hybrid learning model will stay in place “for now,” Mutchelknaus said.

”We met three times this week, and each time I started by saying, ‘Everything I say right now might change in a half-an-hour,’ and that’s kind of almost as fast as things did move. So, fortunate to have had that day, and we’re still in a good place,” Mutchelknaus said. “We have to be creative and continue to provide the best education we can.”

"The number of our students who are having to quarantine due to being identified as a close contact is in the hundreds and continuing to escalate."

Why the concern? On Monday, Trump said that COVID-19 "affects virtually nobody." So keep sending kids to school without masks. And if they do catch the virus or give it to someone who requires hospitalization, don't worry. There'e plenty of hospital capacity, which seems to be the governor's measure for "successfully" managing the pandemic—even though as of Sept. 23 the state had the second-highest number of new cases per capita over the last two weeks in the entire U.S. In addition, the state's positivity rate is #1 at 18%. The World Health Organization considers a 5% positivity rate "concerning." Keep up the great work, South Dakota!