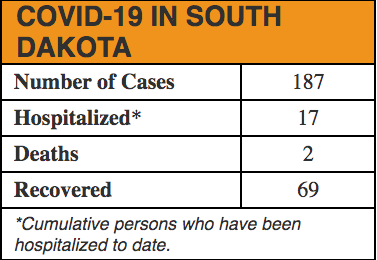 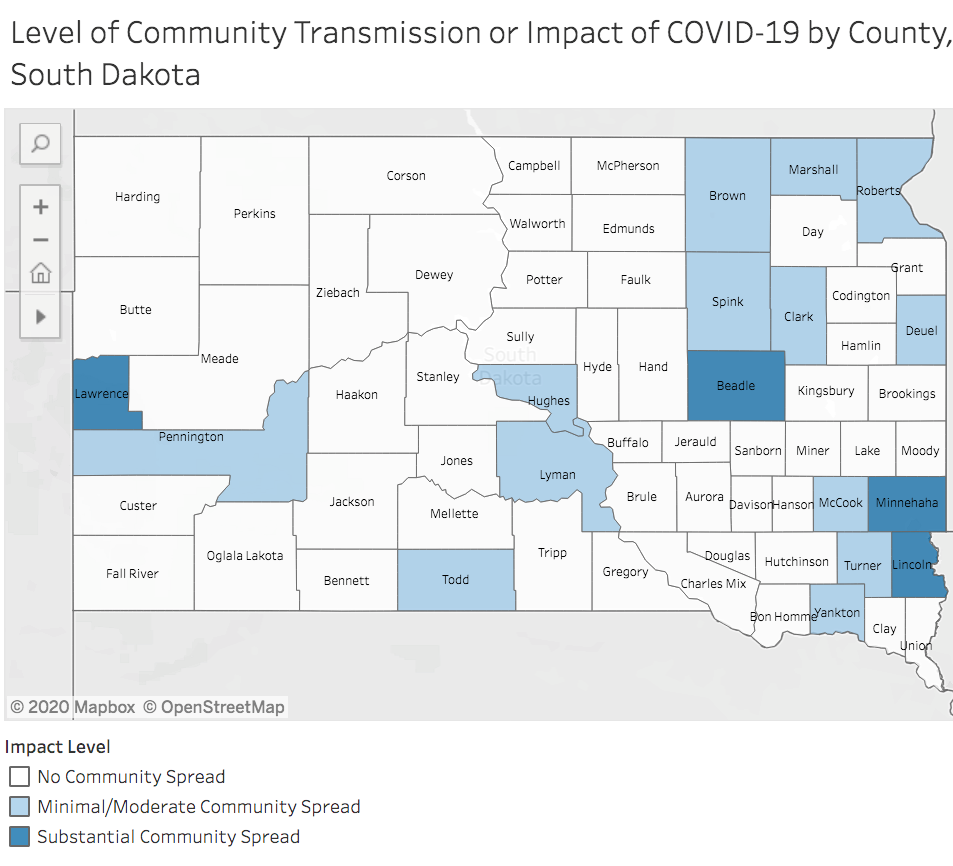 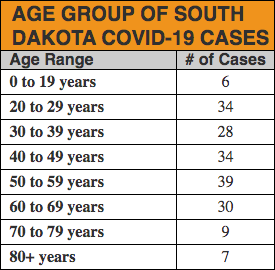 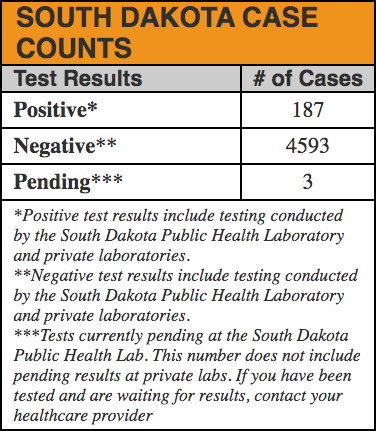 The number of COVID-19 cases in South Dakota was at 187, state health department officials reported on Friday, April 3; the numbers were as of 5 p.m., Thursday.

The Department of Health's count is that two people have died.

On Friday, officials at Avera Prince of Peace Retirement Community in Sioux Falls announced a resident had died after having the coronavirus, according to news reports in Sioux Falls and Rapid City.

It appears that would be a third death from COVID-19 in the state that would not have been reported yet on Friday by the health department's daily updates.

Hughes County remained at the number 3 for COVID-19 cases, with two people recovered.

Michael Winder, spokesman for the state Department of Corrections, on Thursday told the Capital Journal that the inmate of the state Women's Prison in Pierre remains the only inmate in the prison system who has tested positive for COVID-19. The woman, who was announced March 23 as having tested positive, remains isolated and is doing well, Winder said.

I for one am getting tired of the doom and gloom predictions being put out by people in authority. The Governor claims as many as 600,000 possible cases. On what is that based? Where is the positive thinking? At best, the answer to the infection rate should be, we don't know. It is my firm belief that even when the self-incarceration is lifted, people will be too afraid to come out of their homes. This will further devastate the economy.