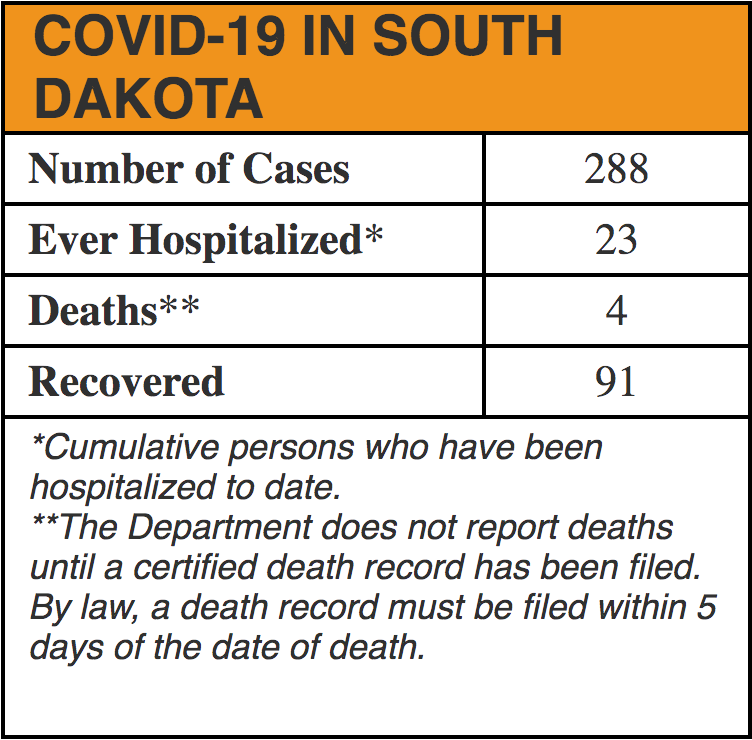 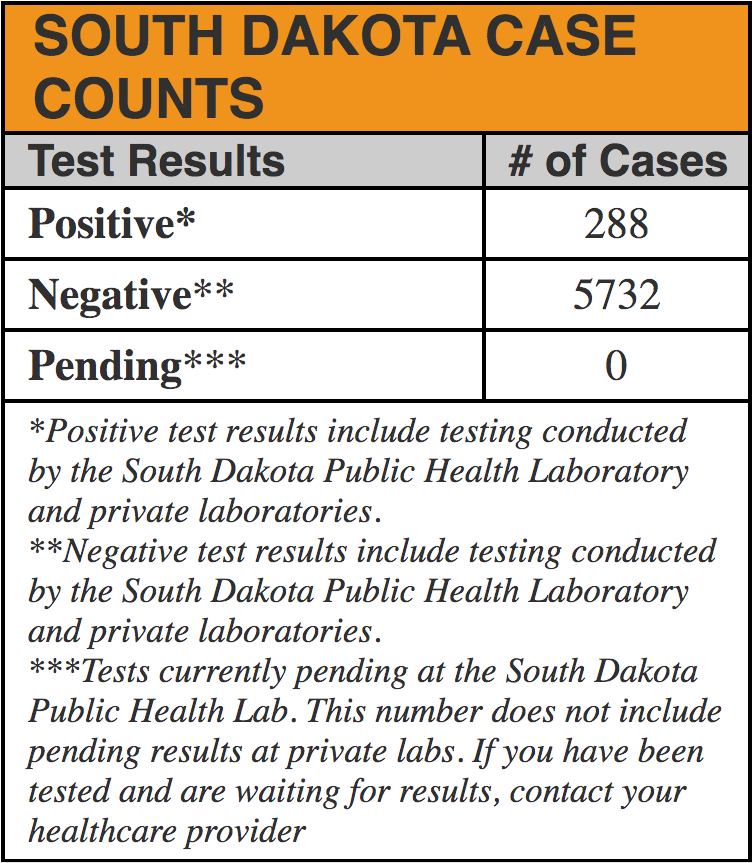 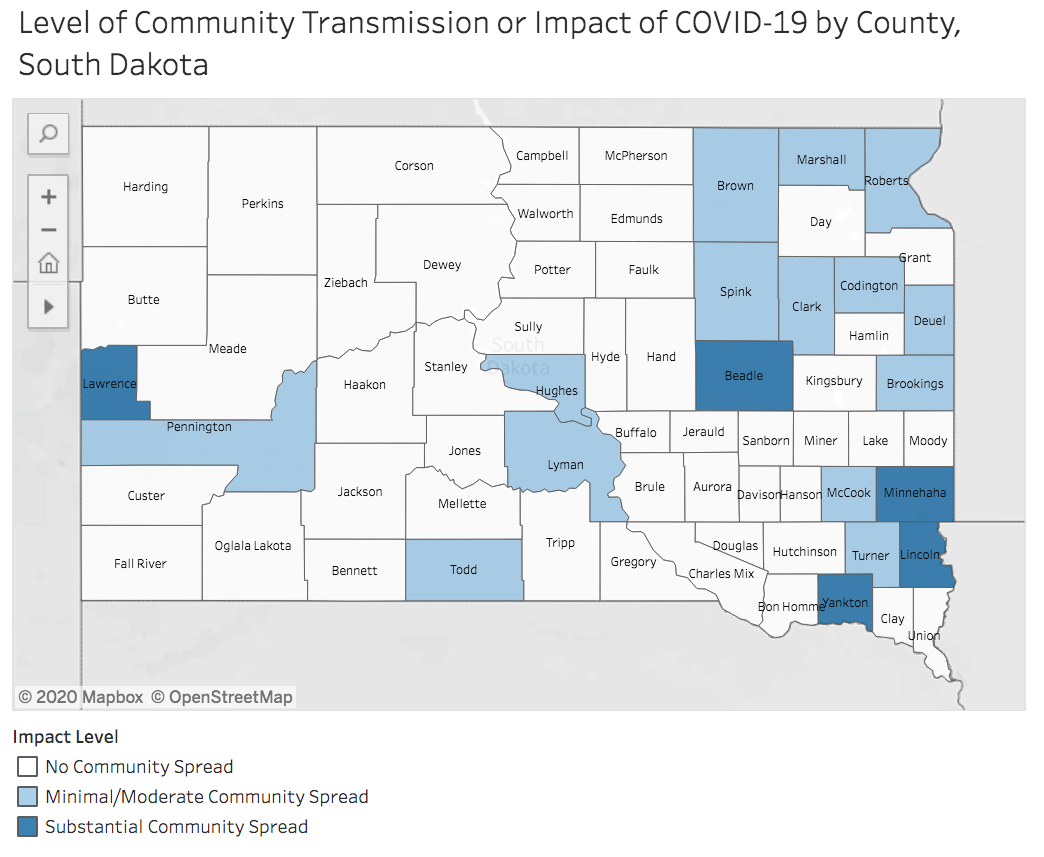 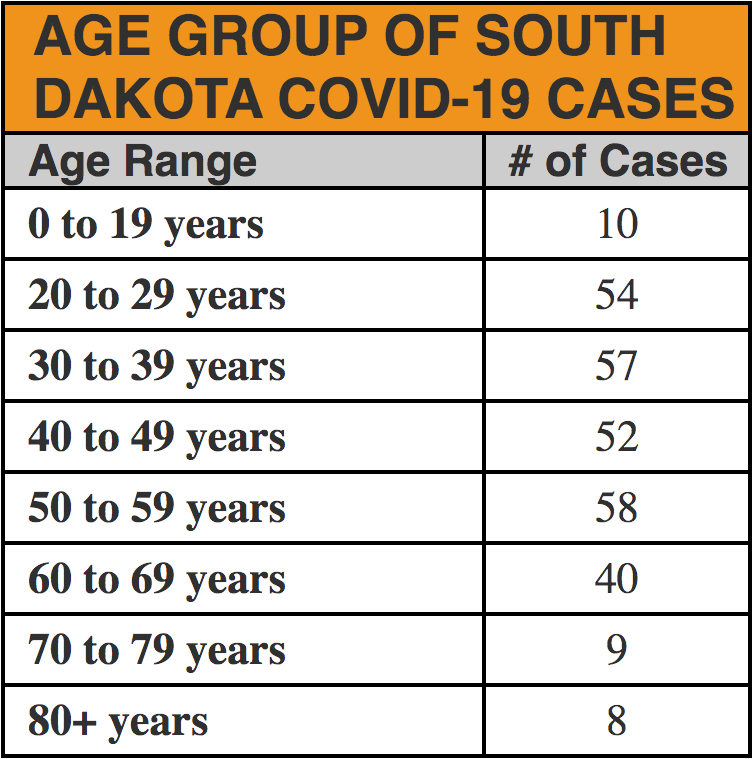 Minnehaha and Lincoln counties, which together comprise the city of Sioux Falls, have 140 and 24 cases, respectively. That's 57% of the state's cases, according to the figures from the State Department of Health’s daily update given around noon each day.

There have been four deaths from COVID-19; 23 people have been hospitalized, in a cumulative total including those who have died or been released. Ninety-one people have recovered from the coronavirus; 5,732 have been tested and found to be negative for the virus.

Beadle County, with Huron as its county seat and about 19,000 residents, has had 21 cases. But with 18 of the cases now in the "recovery" category, and two of them resulting in the patients' deaths in the past 10 days, there is currently only one COVID case in that county, according to the state's figures released Monday.