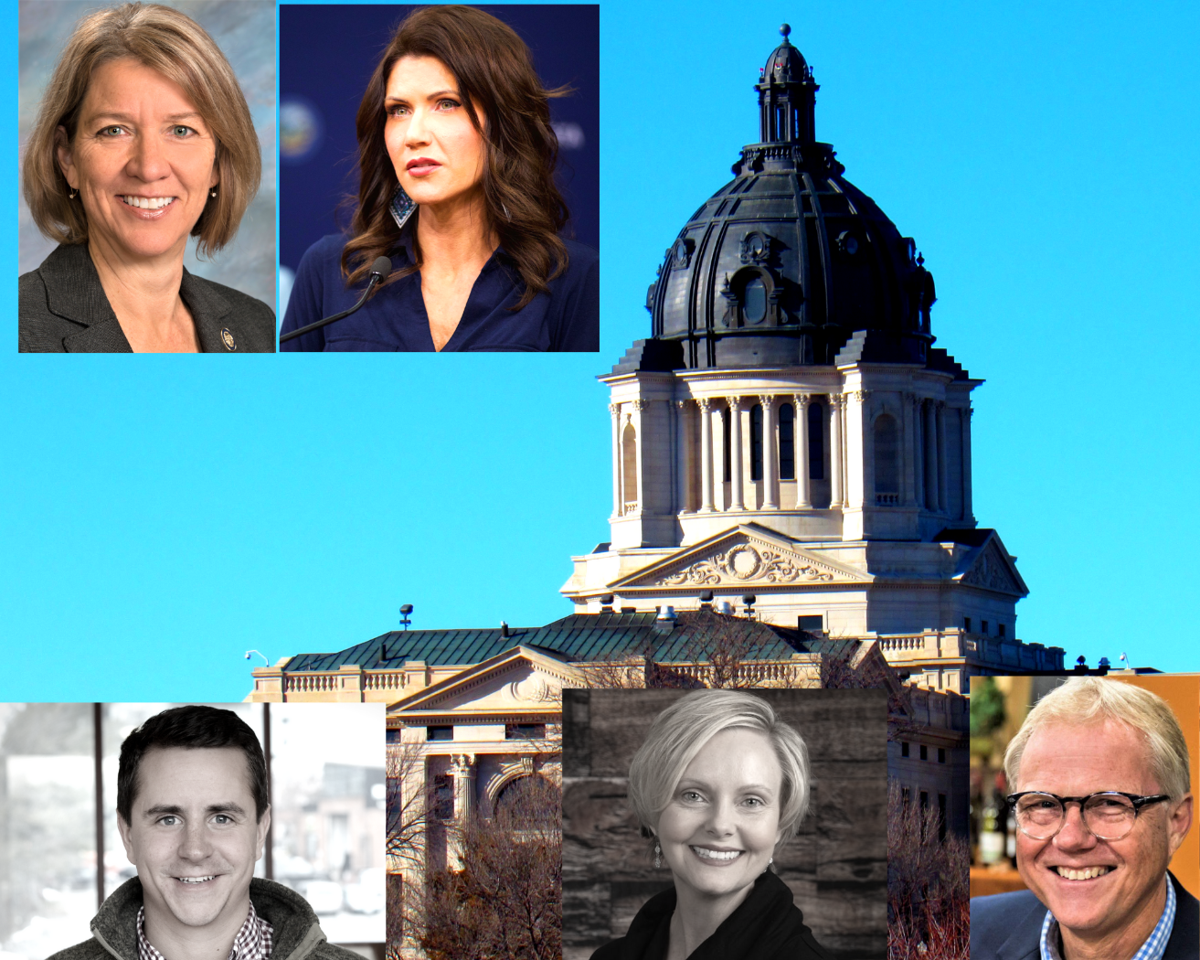 Members of the South Dakota Legislature are scheduled to convene at the State Capitol in Pierre today for the start of the 2021 session. Starting at top left and moving clockwise are: Sen. Mary Duvall, R-Pierre; Gov. Kristi Noem; Rep. Mike Weisgram, R-Fort Pierre; Rep. Jennifer Keintz, D-Eden; and Rep. Will Mortenson, R-Pierre. 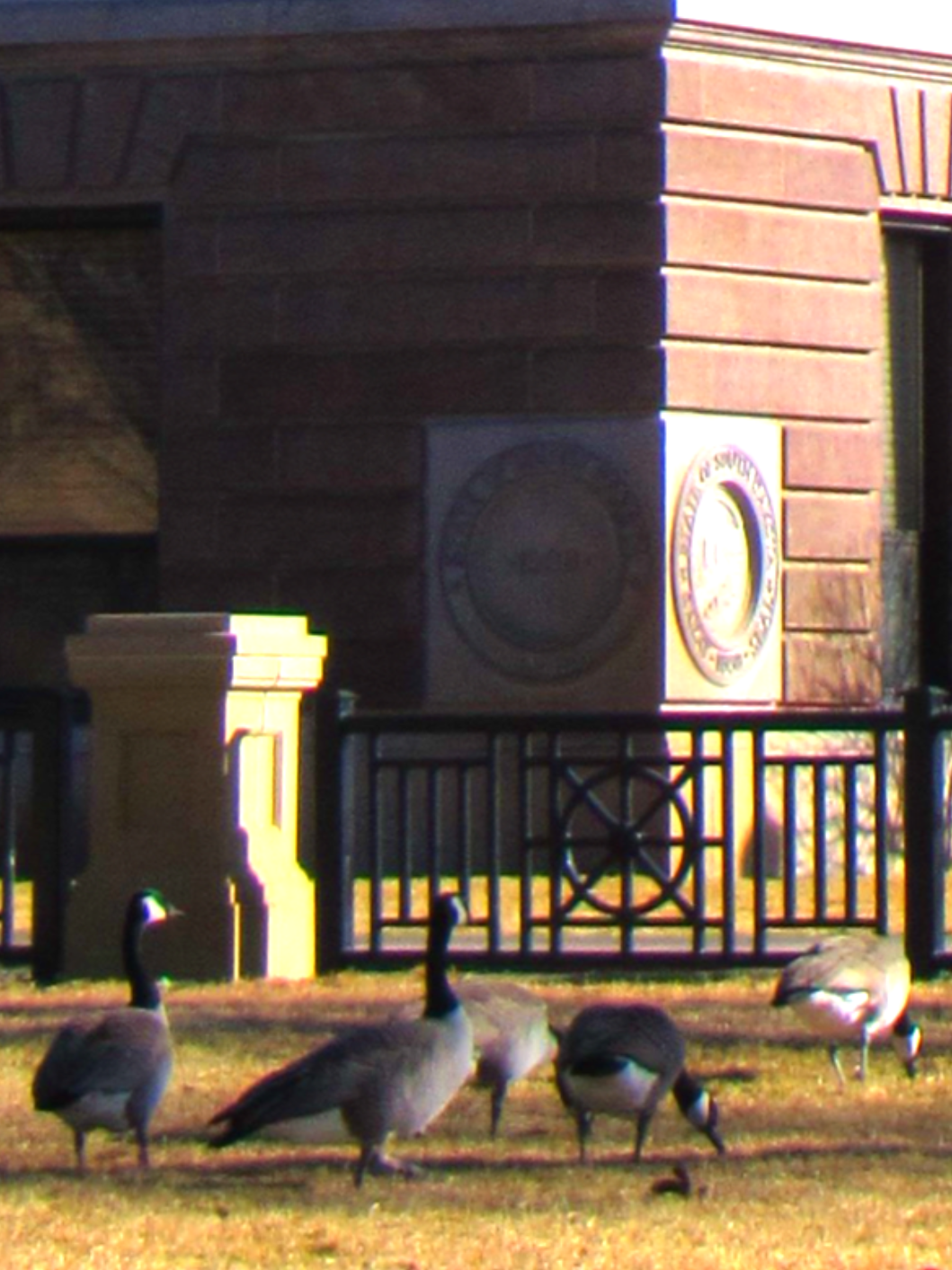 South Dakota legislators arriving at the State Capitol in Pierre today will likely find Canada geese waiting for them on the grounds.

Members of the South Dakota Legislature are scheduled to convene at the State Capitol in Pierre today for the start of the 2021 session. Starting at top left and moving clockwise are: Sen. Mary Duvall, R-Pierre; Gov. Kristi Noem; Rep. Mike Weisgram, R-Fort Pierre; Rep. Jennifer Keintz, D-Eden; and Rep. Will Mortenson, R-Pierre.

South Dakota legislators arriving at the State Capitol in Pierre today will likely find Canada geese waiting for them on the grounds.

Editor’s Note: The 2021 edition of the South Dakota Legislature will commence this morning at the State Capitol in Pierre. Below are opinion pieces submitted to the Capital Journal by three legislators.

By Sen. Mary Duvall, R-Pierre:As a new Legislative Session gets underway on the second Tuesday in January, District 24 residents will have a new team representing them in Pierre. After eight years in the House, I will be moving to the Senate, and Mike Weisgram and Will Mortenson will be joining the House.

At the beginning of each legislative session, I reflect on ways to best represent the people who live in Hughes, Hyde, Stanley, and Sully counties. I have learned that legislators don’t have to be an expert on every topic. However, they need to be diligent in getting good information from those who are the experts.

We are fortunate to have a media presence in Pierre that is committed to reporting on legislative activities.

In addition, the Legislative Research Council (LRC) website provides comprehensive information about bills and amendments, committee work, and floor action. By going to the website www.sdlegislature.gov, you can find the texts of bills and see when they are scheduled for committee hearing. You can see what amendments have been offered. You can listen to committee discussion and floor debate, and see how legislators voted on a bill.

The best way to contact me during session is to send an email to Mary.Duvall@sdlegislature.gov. When communicating with legislators, one key point to remember is that we are elected to represent the people who live in our district. E-mails, phone calls, and letters from those in my district receive more attention than those from outside the district. Anonymous emails or those from out-of-state groups generally receive limited attention.

Emails do not need to be lengthy. It’s enough to identify the issue – use the bill number if you know it – and explain briefly how it affects you. Mass emails or copy-and-paste emails are ineffective. It’s far better to explain one or two key points in your own words about why you support or oppose a measure. If you can point out unintended effects, have constructive suggestions or workable alternatives, please let us know.

It’s a privilege to represent this district where many constituents are state employees who have an in-depth understanding of various aspects of state government. Others in this district have areas of expertise that can help ensure state government works well. I encourage you to contact me with questions, comments, or suggestions on the legislative issues we will be tackling over the next nine weeks.

By Rep. Jennifer Keintz, D-Eden:Last week, Gov. Kristi Noem referred to the Senators-elect from Georgia as communists. These incendiary comments are part of a long history of baseless hate-fueled rhetoric. Reverend Warnock is a Pastor at Ebenezer Baptist Church in Atlanta and preaches from the same pulpit as Dr. Martin Luther King did. Mr. Ossoff is a descendant of Jewish immigrants. Attacking these people with untrue and scary sounding words erodes who we are as a people in South Dakota. With her inflammatory rhetoric, the governor has chosen to associate herself with figures like Governor George Wallace, who famously said “segregation today, segregation tomorrow, and segregation forever.”

All of this is happening in the wake of an insurrection against the United States Capitol that endangered the lives of South Dakota’s entire congressional delegation. Inflammatory rhetoric such as that used by Governor Noem led to this attack on our republic and the altar of democracy. When she makes statements like this, the governor throws her lot in with the insurrectionists.

The governor extended her attack to our hard-working educators, accusing them of “indoctrination” and claiming that they “fail generations of our children.” While I agree that there is a distinct lack of understanding of what some of these ideologies actually mean, that ignorance is not coming from our education system.

Governor Noem attacks newly elected U.S. Senators, Democrats, educators, and even the Republican Party — basically anyone who doesn’t share her extremist views. Her tirade contains entire paragraphs completely devoid of logic and riddled with misinformation. The truly tragic part is how effective these attacks have become and how quickly people use these claims that are completely divorced from reality to justify a violent attack on our nation’s Capital. We are better than this, aren’t we?

This is not a partisan issue and that’s why I am proud to see leaders like our incoming South Dakota Senate President Pro Tempore Lee Schoenbeck stand up for the Constitution and the rights of South Dakotans to make their voices heard. Sen. Schoenbeck said “American soldiers and men and women in blue had to defend our Capitol from Trump traitorous supporters. Do you stand with our soldiers and law enforcement — or traitors like senators Cruz and Hawley and Tuberville and Kennedy — traitors attempting a coup Disgusting? Never in American history have we had a crazed, narcissistic, mad man in the White House.”

I urge Governor Noem to stop trying to divide the country and start working for the people for South Dakota.

Legislative session starts this week, and I am excited to participate in the process. I have tried to work diligently to prepare myself for the upcoming session with many meetings, briefs, and readings. Several constituents have contacted me with their interest in issues and/or views on what laws need to be revisited so that they might better serve South Dakotans.

On Tuesday, January 12, Gov. Kristi Noem will give her State of the State Address that will likely address potential solutions and opportunities that are on the horizon for South Dakota. In the past, fiscal discipline and integrity have been the cornerstone of the address, but this year, with one-time money available and better-than-expected revenues, there will be funds for such investments as infrastructure, debt retirement, and reserves.

This will be an exciting year as the governor and Legislature invest in initiatives that will improve South Dakota and give current and future South Dakotans opportunities to thrive.

The week continues with the State of the Judiciary Address on Wednesday and the State of the Tribes Address on Thursday. My first committee meeting is on Friday when the House Commerce and Energy Committee gathers for its first meeting of the session. Being in private business for many years, this committee assignment is a good fit for me, and I look forward to the issues that will be brought forward this year.

I am also fortunate to serve on the House Local Government Committee. My five-year term of service with the Fort Pierre City Council has hopefully prepared me well for this post. I am happy that my District 24 partner, Will Mortenson, will be serving on this committee as well.

In the coming weeks, I will write about the important issues that the legislature is considering, my positions on those issues, and other things that I experience in the session. Committee work and hearings will consume much of my time, so I plan to share what happens in those committees as well.

I appreciate every one of you. As you have shared your concerns, I have become more informed and interested in addressing them. Easy solutions are not always readily available, but it is important to start the conversation. Please feel free to contact me at mike.weisgram@gmail.com. Thank you.