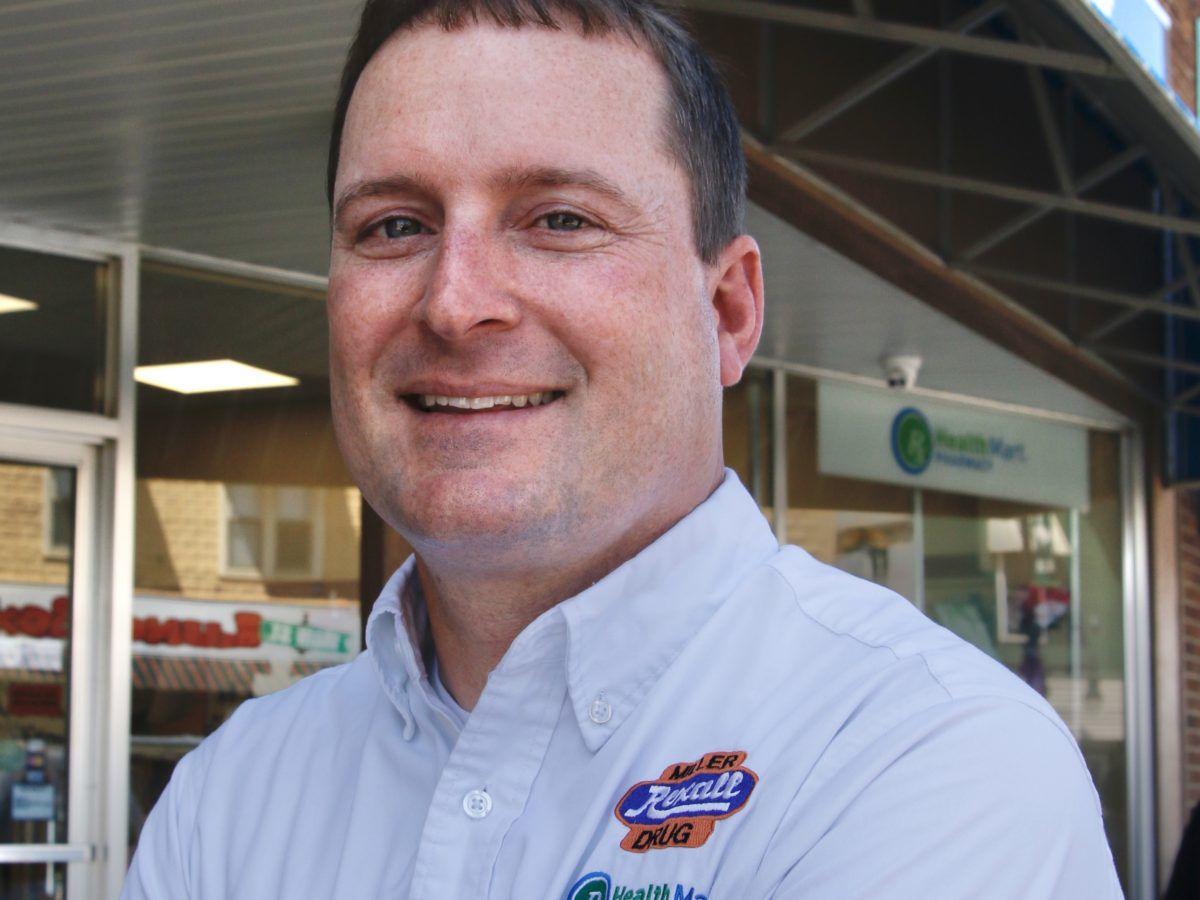 Travis Anderberg, a pharmacist and co-owner of the Miller Rexall Drug store in Miller, South Dakota said efforts to slow the spread of COVID-19 caused a 15% reduction in the store's business. 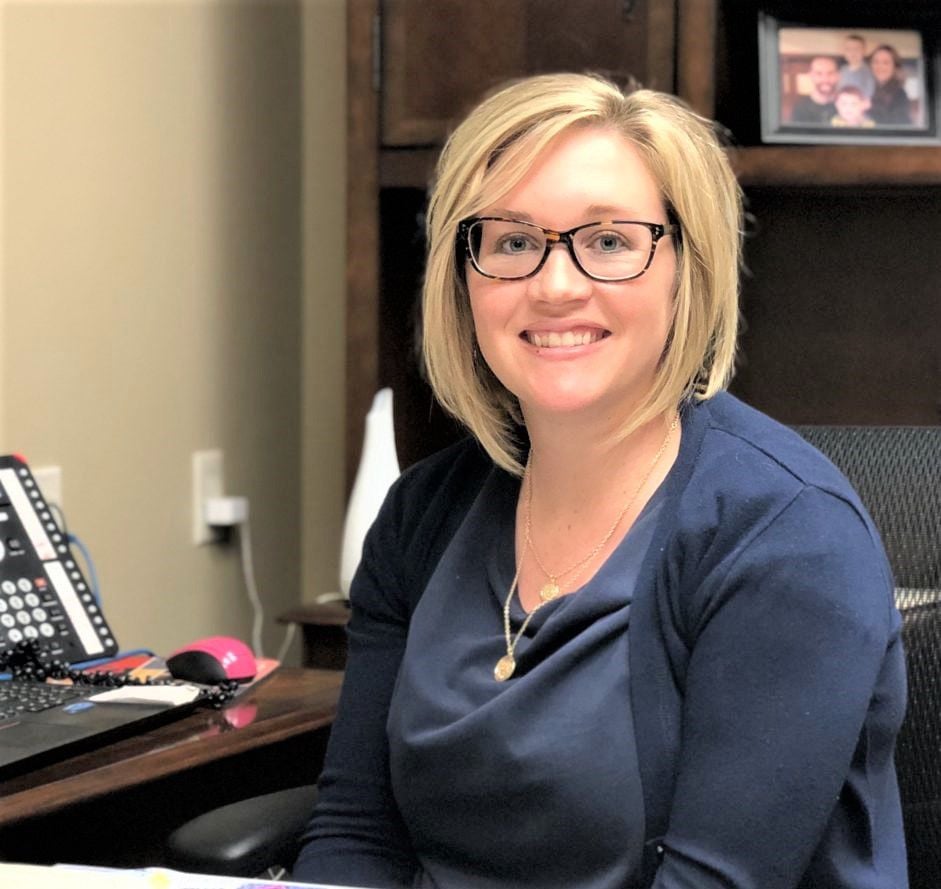 Businesses in Miller, South Dakota were forced to change quickly as the COVID-19 pandemic spread through South Dakota, said Kecia Beranek, executive director of the On Hand Development Corporation. 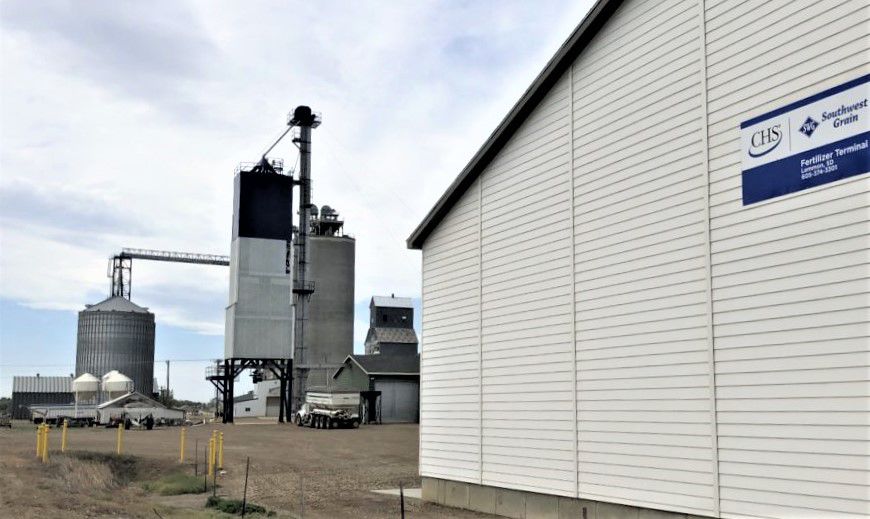 The CHS Southwest Grain fertilizer terminal in Lemmon, S.D., is a sizeable employer in the Perkins County town of about 1,200 people. Some worry that too much reliance on agriculture may hold back growth in some small towns and that economic diversification is needed to stabilize rural communities into the future. 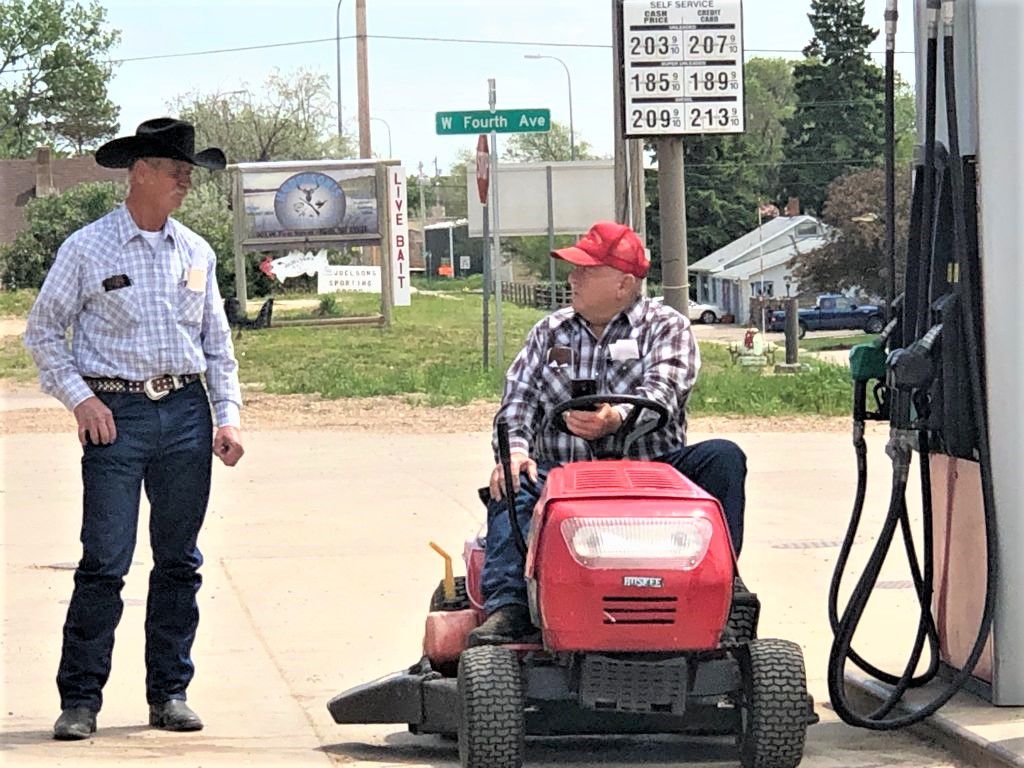 A typical weekend afternoon in Faith, population 413, as captured by South Dakota News Watch photographer Bart Pfankuch on Sunday, May 31.

Travis Anderberg, a pharmacist and co-owner of the Miller Rexall Drug store in Miller, South Dakota said efforts to slow the spread of COVID-19 caused a 15% reduction in the store's business.

Businesses in Miller, South Dakota were forced to change quickly as the COVID-19 pandemic spread through South Dakota, said Kecia Beranek, executive director of the On Hand Development Corporation.

The CHS Southwest Grain fertilizer terminal in Lemmon, S.D., is a sizeable employer in the Perkins County town of about 1,200 people. Some worry that too much reliance on agriculture may hold back growth in some small towns and that economic diversification is needed to stabilize rural communities into the future.

A typical weekend afternoon in Faith, population 413, as captured by South Dakota News Watch photographer Bart Pfankuch on Sunday, May 31.

The COVID-19 pandemic could not have come at a worse time for many of South Dakota’s small towns, as the deadly virus has further complicated the already herculean task of keeping cherished rural communities vibrant and reversing a historic downturn in population and economic stability.

Though mostly spared from major outbreaks, small towns that once served as the backbone of rural South Dakota have been stung by the indirect economic and emotional outcomes of the pandemic.

Revenues have fallen at main street businesses critical to maintaining a high quality of life. Even before the virus, many such businesses were struggling to stay afloat, as their customer bases continued to shrink amid a long-term decline in agriculture incomes, the flight of young people to more urban areas, a shortage of affordable housing and limited health care options.

For many, morale has dropped and community spirit has waned during the pandemic. Many summer festivals and local events have been canceled; school districts have ended in-person classes; sporting events and graduations, and the brief conversations and personal interactions so common in small towns have become scarce.

Without hardware stores, hospitals, grocery stores and restaurants, small towns have become less attractive, and the treasured way of life people lead in them could be changed forever.

The historic and recent downturns have been most acute in remote small towns that rely heavily on agriculture and its long reach across rural economies.

During the past 40 years, higher costs for land and equipment, combined more recently with low prices for grain and livestock, have been a big part of the consolidation of farms and ranches that reduce opportunities for new or young farmers.

Today, young adults such as 20-year-old Logan Wolter, who grew up raising cattle with his family near Wessington Springs and who wants to settle in his hometown, are struggling to forge a life in agriculture.

Wessington Springs is a town of 925 people located about 45 miles northwest of Mitchell; it has lost 14% of its population in the past 30 years. The town doesn’t have enough jobs to allow many young people to stay after high school or to return after graduation.

“You definitely see it every year; there are fewer and fewer young people around and more older farmers,” Wolter said.

Wolter wants to own a ranch, but can’t afford to buy land or acquire enough cows to compete with increasingly large-production operations. After graduating tech school this year, he took a job at a ranching retail operation and is living in a rental home outside Wessington Springs while he saves money.

“I want to live in a small town, absolutely, and be a part of a small community,” Wolter said. “I see it all the time, not just in my small town, but all around the area, whether it be before the virus impacted all of us or now, there’s just a lot of simple acts of kindness.”

However, he and others seeking a small-town lifestyle face an uphill climb. The average price of agricultural land in South Dakota has increased more than 500% since 1991, even accounting for inflation. The number of large crop farms and concentrated livestock operations have both risen steadily in the past 20 years in South Dakota.

There is some reason to worry that small towns will decline further and faster due to the pandemic. Temporary or permanent business closures in the spring caused South Dakota’s unemployment rate to more than double to 10.2% in April. Widespread unemployment has historically presaged large migrations out of rural areas and into cities as people look for work.

In Alcester, a town of 755 on U.S. 11 about 50 miles south of Sioux Falls, the pandemic’s effect can clearly be seen in sales tax collections. Compared with 2019, Alcester saw a 27% decline in sales tax collections through May 2020, according to the South Dakota Department of Revenue. Pandemic-related closures of several key downtown businesses were largely responsible for the losses, Alcester Finance Officer Pat Juries said.

Business at the Miller Rexall Drug store in Miller plunged 15% almost overnight in March, said co-owner and pharmacist Travis Anderberg. He took out a federally backed Paycheck Protection Program loan to help keep his employees on the payroll and remain tied to their hometown during the pandemic.

Arlington saw its population decline from 915 in 2010 to 859 in 2019, according to the U.S. Census. Kingsbury County, where most of Arlington is located, also used to have the oldest population in South Dakota, said Marshal Mix, executive director of the town’s economic development corporation. Fewer homes are available to new or returning residents because elderly owners stay in them longer and some homes also deteriorate over time,

But not all the news related to COVID-19 is grim for South Dakota small towns.

While the pandemic has hobbled many businesses, some others have flourished. By the end of May, both the towns of Miller and Wessington Springs had actually taken in more sales tax revenue so far in 2020 than in 2019. Dozens of small towns around South Dakota also had seen increases in sales tax revenue as residents increasingly turned to local stores for groceries and hardware.

While his business has yet to return to pre-pandemic levels, Anderberg attributed Miller’s sales tax bump to more residents shopping local and traveling less.

“I’ve noticed that they’ve been very supportive of the local businesses, and I would like to see it stay that way,” Anderberg said.

Randy Boesem knows both the benefits and the hardships of living in a small town like Newell in southern Butte County, a town of 583 people known for sheep ranching that has seen its population fall by 20% in the past two decades.

Boesem runs the Tri-County Locker butcher shop in downtown Newell and benefits from being the only butcher in town.

Boesem has also seen his business improve due to the COVID-19 pandemic that has shut down or slowed major meatpacking plants.

In one recent day, he butchered three cows and four pigs and said he is booked through the summer with processing jobs.

Yet Boesem has seen Newell falter slowly but steadily during his 12 years of living and working in town. Some businesses have struggled to stay open, including the small grocery, which is now up for sale.

“It’s the way a lot of small towns are going, just sort of dying away,” Boesem said.

Newell, like some other South Dakota small towns, has a modern school but no hospital, and its downtown is home to several empty storefronts and local streets made up of gravel or pitted pavement.

He said many locals do their shopping where they work, including a large number in nearby Sturgis or Belle Fourche.

“Everybody has to go so far for work because it’s hard to make a living in town,” he said. “The town needs some more people to make it go, to help it survive.”

There may be some good news on the population front for small towns. New research is showing a trend among Americans ages 30 to 49 of moving to small towns either as a way to return to their roots or for less-expensive housing and better schools.

The pandemic has caused an exponential growth in the number of people working from home. As working remotely becomes more accepted, some people may make the choice to move out of urban centers and into rural communities, said Joe Bartmann, president of Dakota Resources, an organization that helps fund rural development projects.

Moving forward, the way to save small towns might be less about keeping 20-year-olds close to home and more about embracing ex-urban families looking for more space and a better quality of life.

South Dakota’s small towns, though, will have to work hard, make tough decisions about job creation, housing and health care, and in some cases remake economies if they want to attract new residents. In addition, communities will need to invest in affordable housing and fast, reliable internet to maintain and improve their residents’ quality of life, Bartmann said.

“We’re going to have to resist the urge to just rebuild what we had because the way of being in a rural community that we knew is going to be different, it’s going to no longer be there,” Bartmann said.

By the Numbers: Some key data points on S.D. small towns.

9 — Percentage decline in the population of people under the age of 18 in rural counties in the U.S. since 2000.

23.2 — Percentage of South Dakota’s population that is above age 60, nearly a full percentage point higher than the U.S. as a whole.

27 — Percentage of Americans who say they would prefer to live in a rural setting.

38 — Number of South Dakota counties, out of 66 in all, that have experienced population loss since 1980.