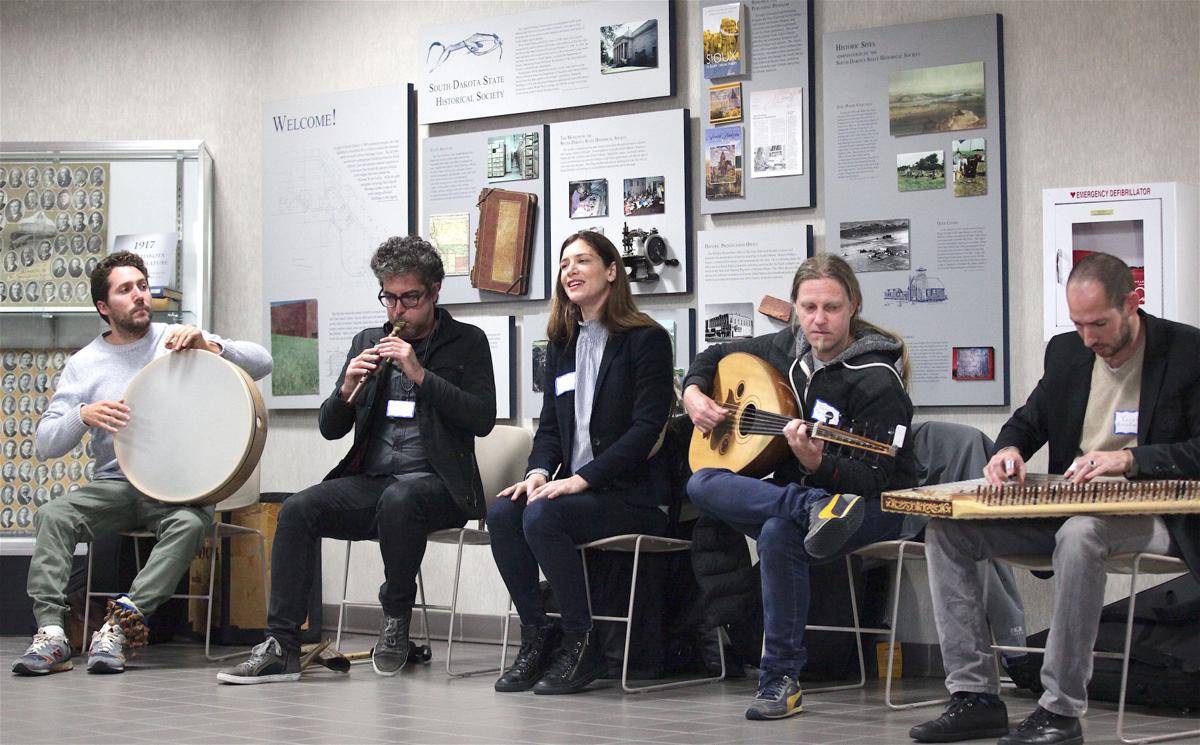 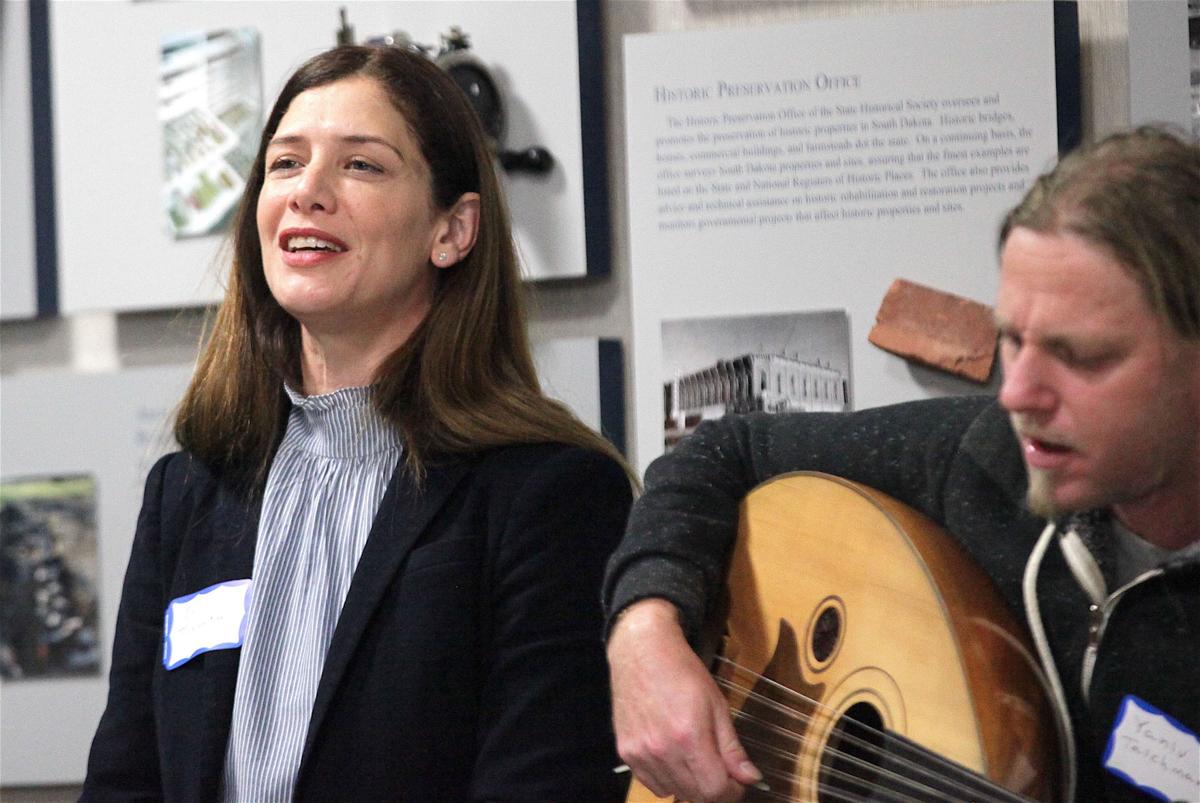 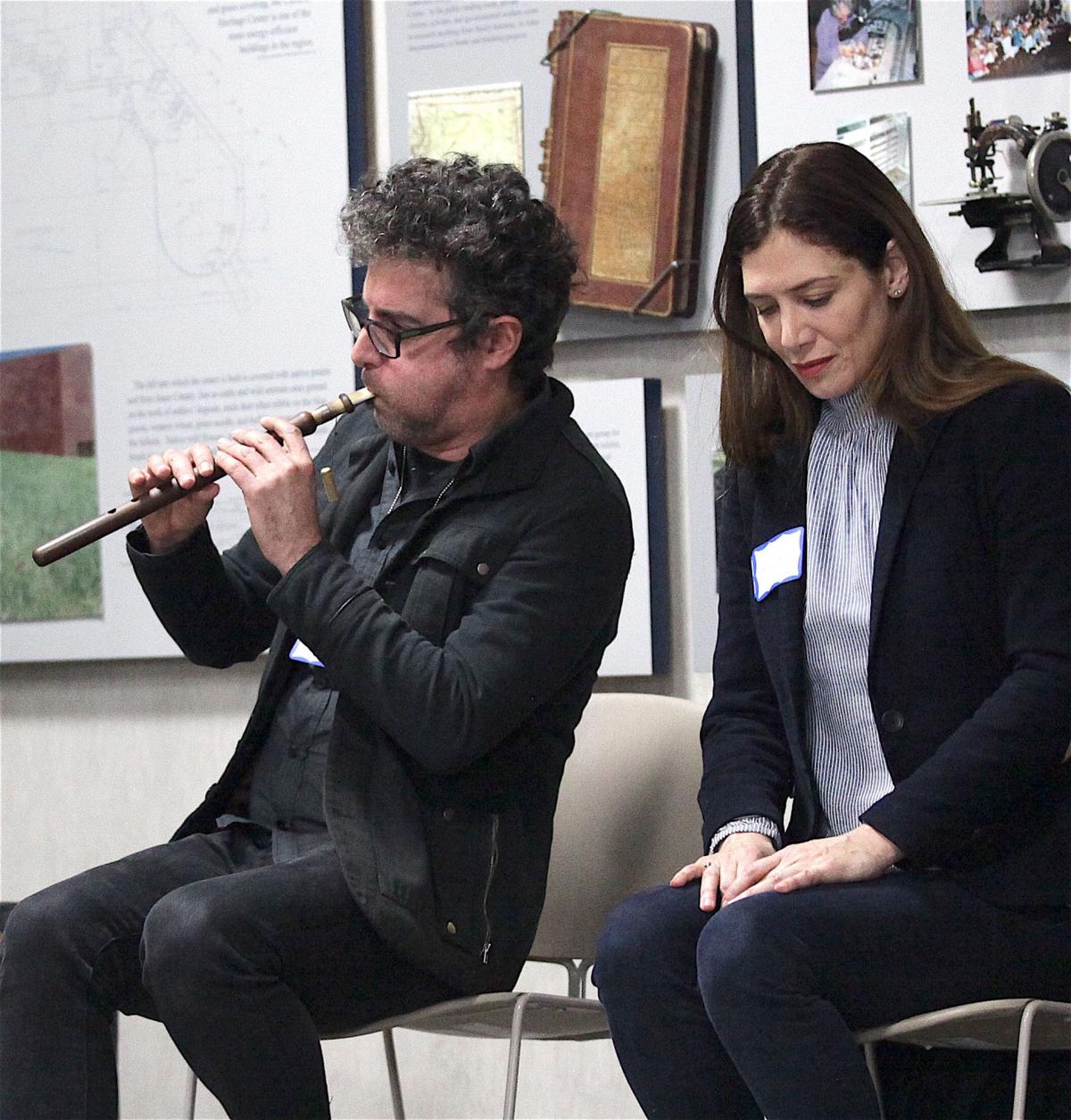 A public concert by Sofi and the Baladis – a group visiting from Israel – is scheduled for Saturday at 7 p.m. at the T.F. Riggs Theater.

But that performance will actually count as the culmination of a week’s worth of cultural exchange in the Pierre area. Sofi Tsedaka grew up in the Samaritan community, and converted to Judaism when she was 18.

Starting Monday the group is conducting workshops in Pierre and Stanley County schools, and with a few other local organizations. They’re here as a part of the Arts Midwest World Fest tour, which will bring three other international groups to the area – next spring, next fall and in the spring of 2019.

Locally, the visit by Sofi and the Baladis is being hosted by the Short Grass Arts Council.

Tsedaka and two of the band members, along with CEO and president of Arts Midwest David Fraher, spoke with the Capital Journal last week by phone from Dickinson, N.D., where their tour started. Topics included the story of the Good Samaritan, the 4,000-year-old tradition of the music they’ll be performing, and the musical instruments.

Below are some excerpts from that conversation, which have been condensed, rearranged, and edited for readability.

Pierre Capital Journal: So the mission of Arts Midwest World Fest is precisely not to bring groups like Sofi’s to larger cities – it’s to bring them to places that are small?

David Fraher: Exactly. With this particular program, Arts Midwest is committed to trying to connect people living in smaller communities in this region with the cultures of the world, in a way that is meaningful and helps them to find a place for themselves in that global society.

PCJ: What have the first two days been like?

Yonnie Dror: In the communities that we visit, we establish an audience by doing workshops during the week. They can vary from middle schools, high schools, college students, senior citizens – it’s a way to bring our culture to all ages in the community. Today we were at a high school, yesterday we were at a junior high. We got a lot of good questions. And we’re looking forward to our concert on Saturday.

PCJ: Is it accurate to call your instrument a flute?

PCJ: Do these instruments use a diatonic scale?

Yaniv Taichman: I think most of them, yes. But you have many possibilities to play not using the diatonic scales. These instruments were tuned before the “Well Tempered Klavier” by Johann Sebastian Bach, 300 hundred years ago. They have what in Western music is called quarter tones or microtones. You will hear these flavors in the sound of the music that we do, because it is influenced by the Arabic music that is a part of our region. The oud, it is like the Arabic guitar. The ney, that is like the Arabic flute. And the qannun, you can call it the Arabic piano. All are tuned to these microtones.

PCJ: Are there notes written down anywhere?

PCJ: So what has been passed down is the songs, the melody, the vocal parts – and the instruments are something that you have added?

Yonnie: The melodies themselves are very good material to start from for arranging, and playing with it...The way the music is arranged, the oud player, Yaniv, he transcribed the songs from tape recordings that Sofi made in her community. So that’s how we take the songs and transcribe them to Western notes.

PCJ: So you talked about the tradition of these songs going back 4,000 years. Fort Pierre recently celebrated the 200th anniversary of the city’s founding, which is for us here in the United States a very long time. Four thousand years is a bit longer.

PCJ: Is this your first visit to United States?

Sofi: I was in New York once and this is my second time.

Fraher: This is the first visit...

PCJ: The reason for the question is that this part of the country, the real America, it’s predominantly and strongly Christian. Any audience you might perform for here, if they hear the word “Samaritan” they will probably immediately think of the story of the Good Samaritan.

Yonnie: ...he wanted to describe the good virtue of a human being, someone who does graces and is generous, he referred to a Samaritan…

Fraher: ...what’s interesting about that parable though, is that when Jesus was describing the Good Samaritan, he was speaking to other Jews, who were his disciples, about Samaritans who actually were already looked at as being outside the circle. So he was saying that people outside the circle actually have virtue.