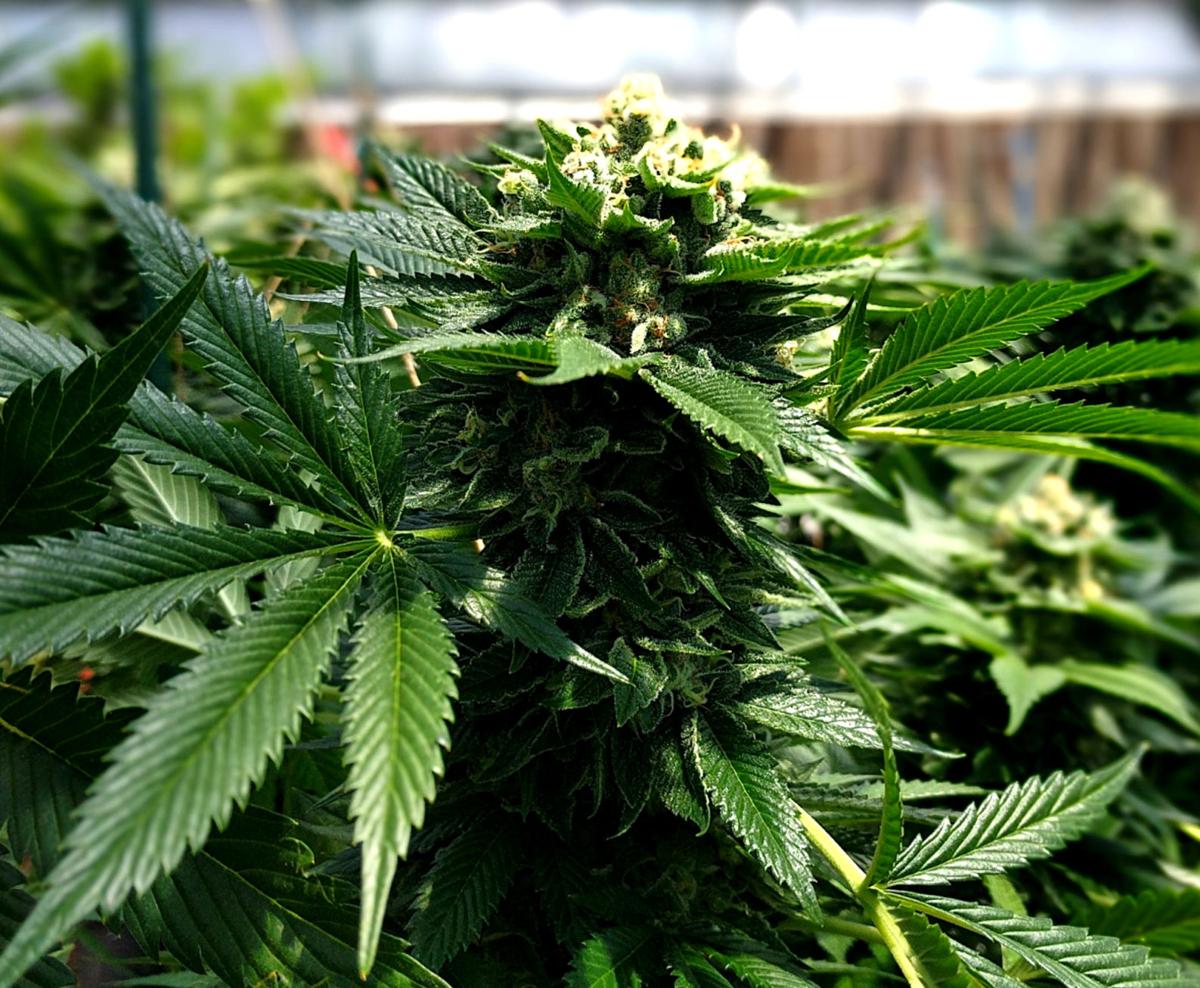 On Nov. 3, South Dakota voters will decide whether to legalize marijuana for recreational use. 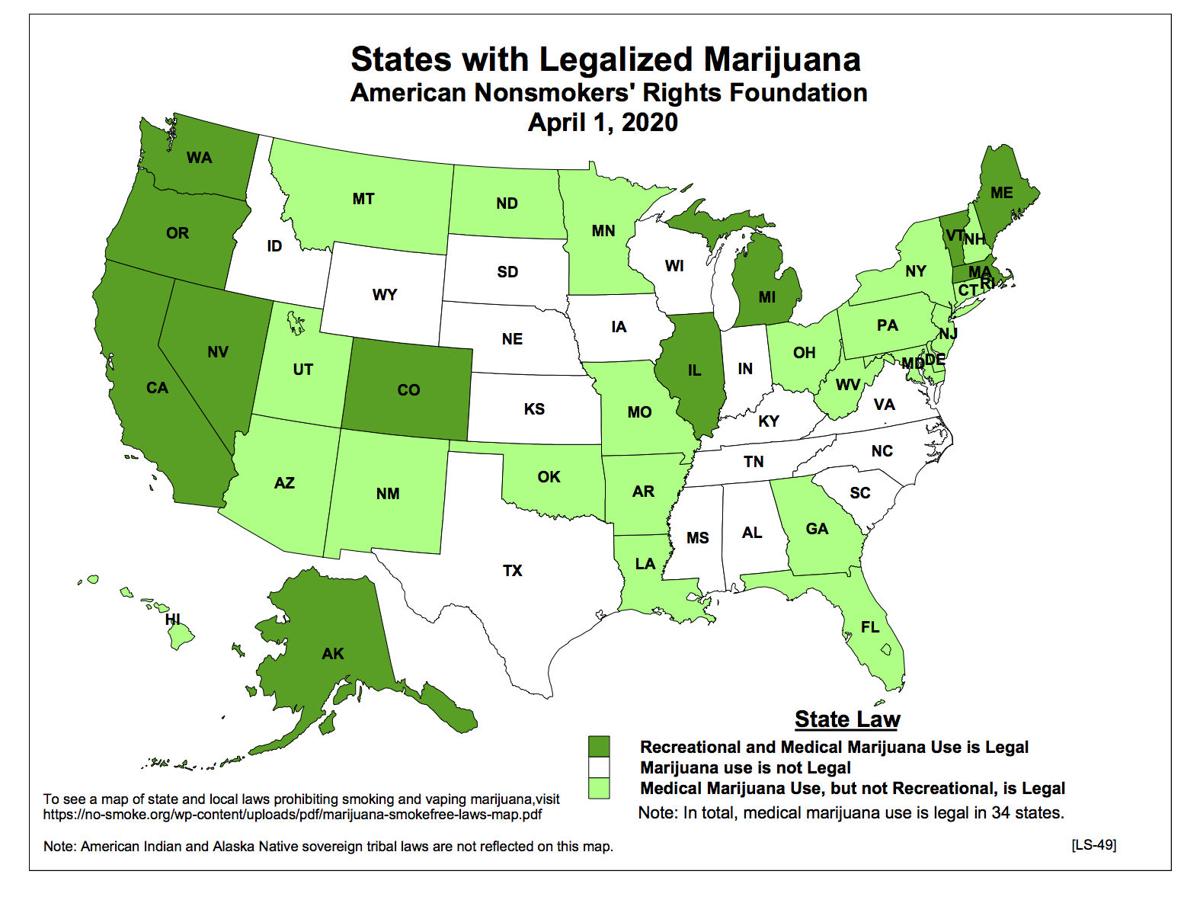 On Nov. 3, South Dakota may join several other states in allowing recreational use of marijuana.

On Nov. 3, South Dakota voters will decide whether to legalize marijuana for recreational use.

On Nov. 3, South Dakota may join several other states in allowing recreational use of marijuana.

On Nov. 3, South Dakota voters may allow those at least 21 years of age to possess up to an ounce of marijuana for recreational use.

If voters approve Amendment A, South Dakota would join California, Colorado, Illinois, Washington and a few other states in allowing residents to smoke the weed to get high.

However, those in opposition believe legalizing marijuana could send South Dakota’s culture and economy “Up In Smoke.”

Among the opponents is David Owen, president of the South Dakota Chamber of Commerce and Industry. On Wednesday, he filed to officially establish the “NO Way on Amendment A” Committee.

“This isn’t about getting high with your friends. This is about permanently expanding access to a drug that can have powerful consequences,” Owen said via Wednesday news release.

“Amendment A will appear on this November’s ballot and goes beyond making pot legal,” Owen added. “It makes recreational marijuana use a part of our state’s 131 year-old Constitution that cannot be amended by our State Legislature.”

Owen said business leaders from across South Dakota have expressed concerns about the impact legal access to marijuana will have on the workforce of the state. He said many businesses have federal contracts that require employees to be fired if they test positive for THC, the active ingredient in marijuana.

“Proponents will promise new revenue for the government, but won’t discuss the related social costs that follow from expanded access to marijuana,” Owen added.

Several other states — including Minnesota, North Dakota and Montana — allow medical marijuana, which requires the person in possession to have a valid prescription from a physician.

Owen said “NO Way on A” does not address medical marijuana, which is also on the South Dakota November ballot as Initiated Measure 26. This is described as “an initiative that creates a legal structure for the regulated use of THC for medical conditions, a more limited use and properly left to the public officials to regulate.”

According to those in favor of Amendment A, its passage would:

Create a system to license and regulate marijuana businesses;

Establish a 15% tax on marijuana sales to adults who are not patients; and

Require the Legislature to pass laws by 2022 regulating the cultivation, processing, and sale of hemp.

One of those in favor of the measure, according to — www.southdakotamarijuana.org — is Pierre resident Charlene Lund.

“You don’t have to be pro-marijuana to believe that cannabis prohibition doesn’t work, just like you don’t have to be pro-alcohol to realize that prohibition of beer, liquor and wine doesn’t work, either. People who want it will find it. The question is, who profits from it: illegal dealers and drug cartels, or our public schools and our general fund, thus lowering our taxes,” she said, according to the website.

“It’s an easy choice for me — I’m voting for Amendment A,” Lund added.

Another proponent is Chuck Parkinson, a retired federal employee from Rapid City.

“In the last 35 years, we have spent billions of dollars fighting marijuana trafficking and usage, and have arrested and incarcerated hundreds of thousands of Americans at an incredibly high cost to taxpayers,” Parkinson states on the website. “Yet, despite the hard work and dedicated effort of law enforcement officials at every level of government, we have made little progress in keeping it off our streets.”