The Polaris Base, out of Rapid City, shows off their parade float used in the 2019 Sturgis parade. South Dakota's other Sub Base is the Scorpion chapter out of Sioux Falls. 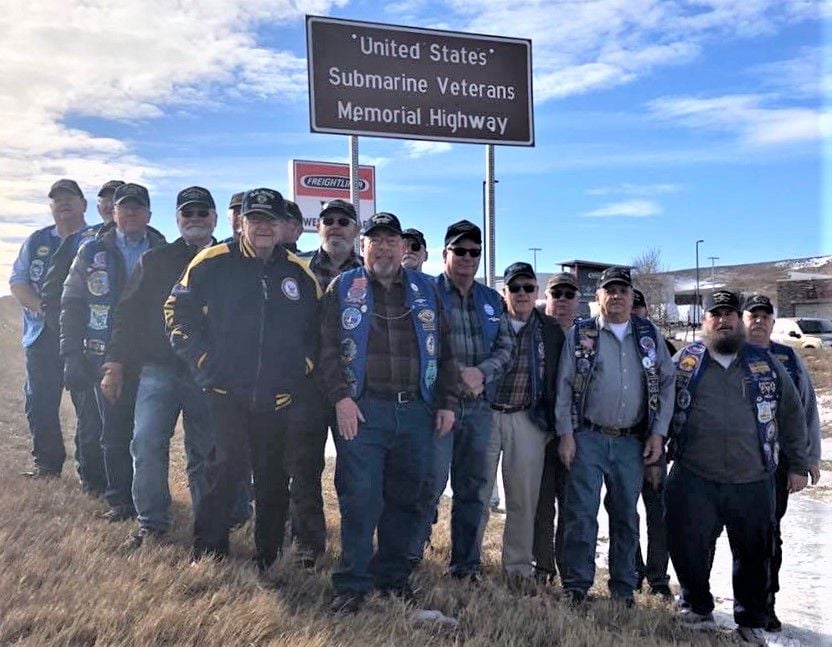 The Polaris Base, out of Rapid City, shows off their parade float used in the 2019 Sturgis parade. South Dakota's other Sub Base is the Scorpion chapter out of Sioux Falls.

My name is C. Wiley Cress, a retired Navy Commander and member of the United States Submarine Veterans (USSV). There are over 12,000 members belonging to 162 Bases throughout the world. Polaris Base, here in Rapid City, is one of those Bases. East River has the Scorpion Base.

The mission of the USSV is “To Perpetuate the memory of our shipmates who gave their lives in the pursuit of their duties while serving their country.”

During World War Two the U.S. Navy’s submarine service suffered the highest casualty percentage of all the American armed forces, losing one in five submariners. Some 16,000 submariners served during the war, of whom 375 officers and 3,131 enlisted men were killed, with the loss of 52 submarines.

Since World War Two, four submarines have been lost. The two most recent were the USS Thresher (SSN-593) and USS Scorpion (SSN-589), resulting in the loss of 228 men.

Recently, I had the privilege to serve on the Governor’s Commissioning Committee for the new submarine South Dakota (SSN-790). She was commissioned in Groton, CT, in February of 2019. It is truly an honor to have a submarine named for the great state of South Dakota. USS South Dakota is currently assigned to the Atlantic Submarine Force.

In an effort to acknowledge the sacrifice of the men who lost their lives and to recognize our new submarine, I submitted the request to the South Dakota Department of Transportation which approved the establishment of a memorial highway honoring our submarine veterans, located on Elk Vale Road between US 79 to near I-90 exit 61.

According to Robert Morrow, commander of the Polaris chapter, the Submarine Veterans will hold their next meeting on Saturday, March 21, at Perkins on Elk Vale road in Rapid City, starting at 9 a.m.