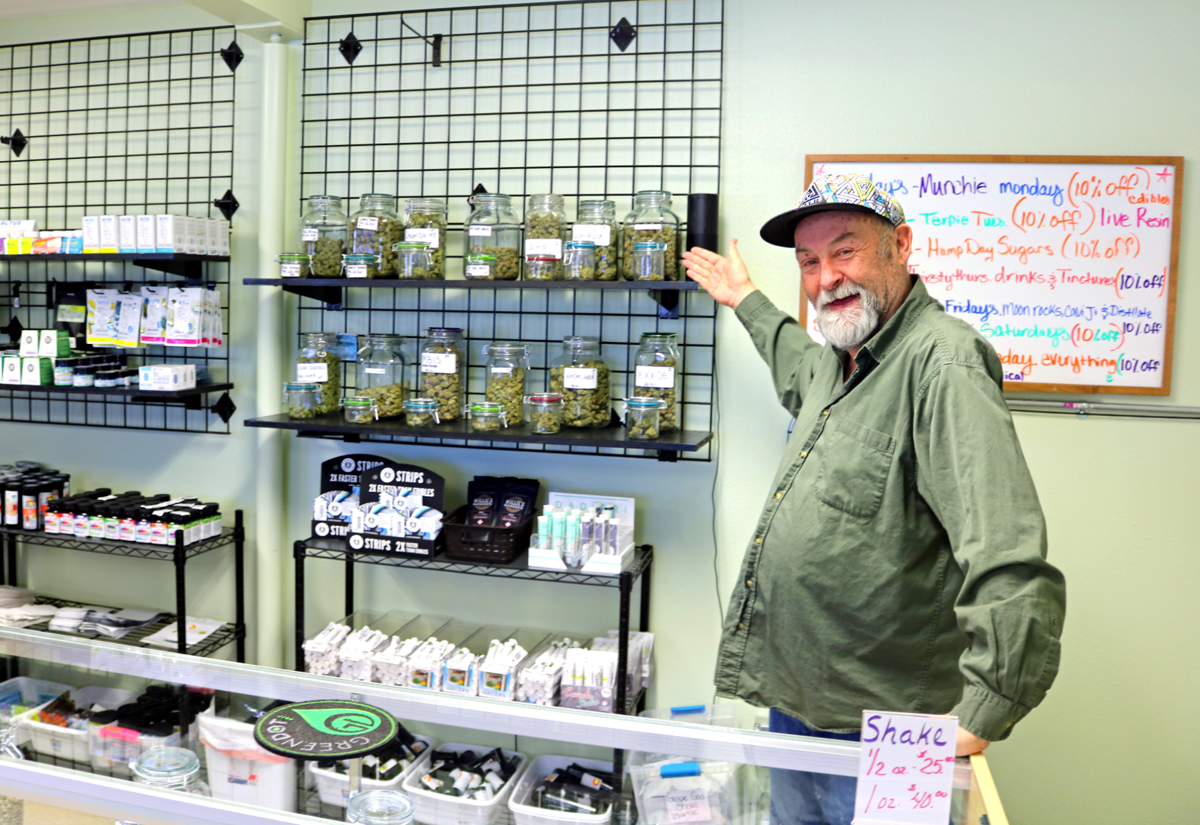 An employee of the MEDUSACO cannabis dispensary in Walsenburg, Colorado points to the dispensary's supply of flower product. 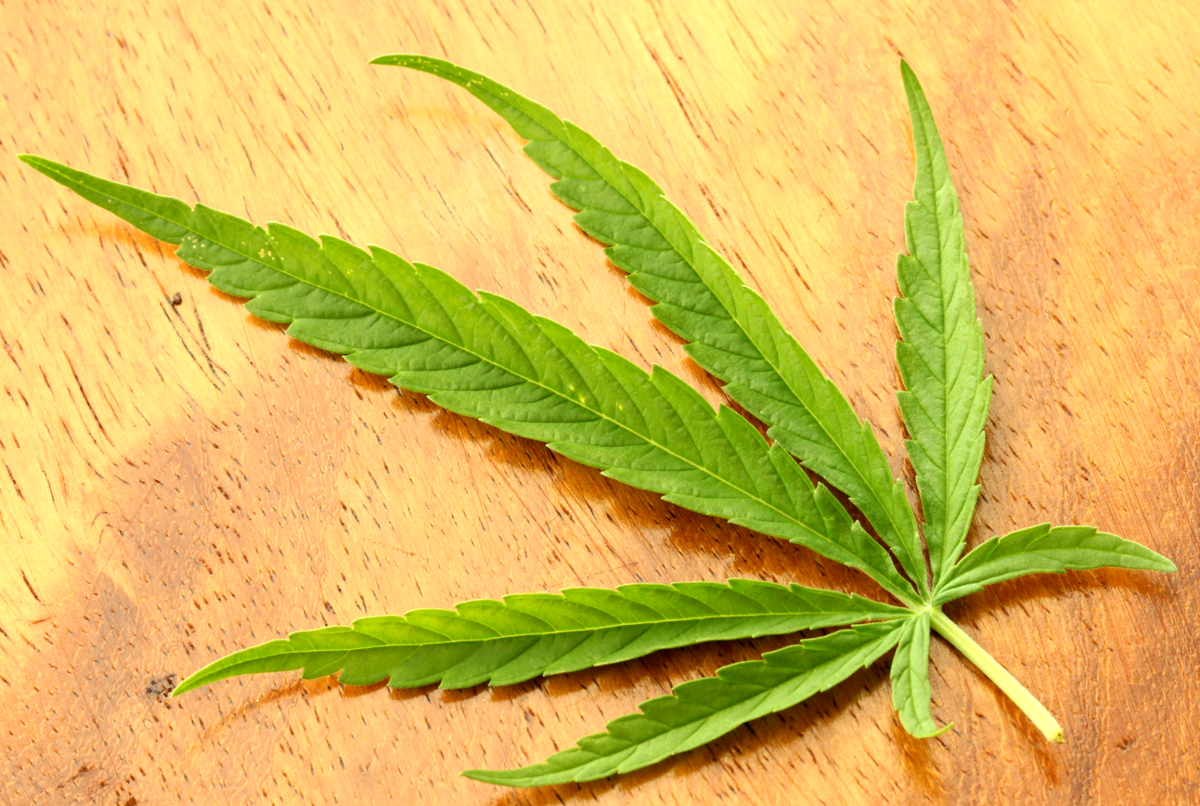 A marijuana leaf is shown. South Dakotans may vote to legalize the drug on Nov. 3.

An employee of the MEDUSACO cannabis dispensary in Walsenburg, Colorado points to the dispensary's supply of flower product.

A marijuana leaf is shown. South Dakotans may vote to legalize the drug on Nov. 3.

On Nov. 3, South Dakotans will have the opportunity to make history as the first state to legalize medicinal and recreational marijuana at the same time. But what, exactly, does each measure accomplish? Here, the Capital Journal breaks down the main points from Amendment A and Initiated Measure 26.

What does it do?

Amendment A legalizes recreational marijuana for use by people aged 21 and older. Specifically, the amendment aims to legalize possession, use, transportation, and distribution of marijuana. The South Dakota Department of Revenue will provide licenses, implement and enforce the amendment. There are provisions that require the Legislature to pass laws regarding hemp and medical marijuana should IM 26 fail.

The amendment also specifies a 15% tax imposed on marijuana sales. The tax revenue will be used to reimburse the Department of Revenue’s implementation costs, and the remaining revenue will be equally divided between supporting public schools and the State’s general fund.

If passed, when will it take effect?

Legalization would take effect July 1, 2021, following the official canvass by the State Canvassing Board, according to Drey Samuelson, political director for the advocacy group South Dakotans for Better Marijuana Laws. The Department of Revenue then has until April 1, 2022 to develop a plan for implementing growers, wholesalers, and dispensaries.

How will legalization affect current laws?

Marijuana cannot be consumed while a person is operating a vehicle, nor may it be smoked by a passenger, although this does not prohibit passengers from ingesting marijuana entirely.

“This is a fairly standard restriction in legalization laws that have been passed in other states. Prohibiting smoking for drivers and passengers makes it a bit easier for police officers to enforce laws against driving under the influence,” Samuelson said.

Marijuana cannot be consumed in public places, in locations where smoking tobacco is prohibited, on school grounds or on correctional facility grounds.

Employers are not obligated to allow marijuana use and can place restrictions for their employees as they see fit. Using marijuana is outlawed in the workplace.

What are an individual’s rights under Amendment A?

If a person is over 21 years of age, it is legal to purchase or consume one ounce or less of marijuana. No more than eight grams of cannabis can be in a concentrated form. A person can cultivate up to three marijuana plants, as long as they live in a city or town without a licensed dispensary. The plants must be kept at a private residence in a locked space and cannot be visible from a public place.

How will the government regulate it?

The Department of Revenue has the exclusive power to license and regulate the cultivation, manufacture, testing, transport, delivery, and sale of marijuana. The department will issue licenses for commercial cultivators and manufacturers, independent testing facilities that can analyze and certify the safety and potency of the product, wholesalers, and retailers.

How does medical marijuana fit in Amendment A?

If Measure 26 does not also pass, Amendment A requires the state legislature to pass laws regarding medical marijuana use no later than April 1, 2022. If IM26 does pass, Amendment A provides protections that do not allow the legislation to repeal the measure in the event it passes.

What does it do?

Initiated Measure 26 legalizes the medical use of marijuana by qualifying patients, which can include minors (whose parent or guardian will act as the designated caregiver) and non-resident medical cardholders, and patients’ caregivers. Usage, delivery, manufacture, and cultivation of marijuana and marijuana-based products for the treatment of debilitating medical conditions fall under the term “medical use.” Patients can qualify for medical marijuana provided they have a debilitating medical condition that is certified by their practitioner. The measure also allows for patients to designate a caregiver (who must be over 21) to assist with administration of the medical cannabis.

Medical users must apply for registration from the Department of Health, which will issue licenses to qualifying patients. The DOH will also issue licenses to and regulate marijuana testing, manufacturing, and cultivation facilities and dispensaries. A cardholder must specify up to two dispensaries they will patronize.

If passed, when will it take effect?

How will legalization affect current laws?

Cardholders cannot be subject to arrest, prosecution, or any legal penalty for marijuana use provided the cardholder is registered and possesses under three ounces. If these conditions are met, it is presumed that the cardholder falls under legal use, unless there is evidence that the cardholder’s cannabis use was not for medical treatment.

Cannabis use is unauthorized in correctional facilities, on public transportation, in public, or while operating a motor vehicle. Its use is also prohibited when doing so would be considered negligence or professional malpractice.

Cardholders are not permitted to resell cannabis to a non-cardholder, make false statements or submit false records related to their medical cannabis consumption.

A medical cannabis user will be treated as they would if they were prescribed a regular pharmaceutical medication when it pertains to interactions with their employer, including drug testing, or drug testing required by a state or local law, agency, or government official. This does not prohibit employers from disciplining employees for being under the influence of, or using, cannabis in the workplace.

Medical cannabis use is considered the equivalent of the authorized use of any other practitioner-prescribed medication and does not disqualify a patient from receiving necessary medical care.

Possession of or application for a medical marijuana card is not probable cause or reasonable suspicion to search a person or their property.

Medical practitioners cannot be subject to arrest, prosecution, or any legal penalty solely for providing certifications to prospective cannabis patients with whom they have a bona fide relationship with or for stating that in their professional opinion a patient would benefit from medical marijuana for treatment of a debilitating condition.

Dispensaries, cultivation, cannabis product manufacturing, or testing facilities and their employees are not subject to search, inspection, or prosecution except by the Department of Health.

What are an individual’s rights under Measure 26?

A patient with a debilitating medical condition who is recommended by a doctor with whom they have a “bona fide practitioner-patient relationship” is eligible to receive a medical marijuana card. The doctor must provide a written certification stating the medical condition, the practitioner-patient relationship, and the practitioner’s “professional opinion that the patient is likely to receive therapeutic or palliative benefit” from medical cannabis.

How will the government regulate it?

Local governments can enact limits regarding the number of medical cannabis establishments as well as their time, place, and manner, and can require a permit or registration fee, but may not prohibit a dispensary from operating. These establishments will be subject to DOH inspection.

The department of health will verify information on registry applications and issue, deny, or revoke identification cards to qualifying patients. Denial is considered a final department action.

Maintain a confidential list of registered cannabis users and establish a secure verification system for law enforcement and cannabis establishments to ensure that cardholders have a current, valid registration.

Establish testing facilities to test cannabis for potency, pesticides, mold, or other contaminants.

Just like on the federal level, Republican leadership, not your individual representatives, are the ones who establish policy on marijuana. To Republican leadership, it is a dead issue. This is a matter of public record. The official Republican leadership position is that it is MORE liberal to be a pot smoker than it is to be gay, because you are willfully breaking Federal law. You cannot be a Conservative if you are openly and willfully breaking the LAW. Republicans have always been the "law & order" party, aligned with cops and churches, who are preaching against Legalization. The NRA is also very anti-marijuana. It's been this way for 50 years. LOOK IT UP. Some younger Republicans have admitted to using this issue just to get elected, knowing they will never have to act on it. RESEARCH how they've voted on this matter for the last 50 years. Please, educate yourself BEFORE you vote.