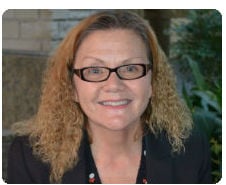 Wanda Prince, president of Black Hills Receiver LLC, was put in charge of former Skyline-owned nursing homes in South Dakota this week, including the Pierre Health and Rehabilitation Center. She, and the facilties, were connected with Golden Living Centers until January 2017.  (Photo from Golden Living website) 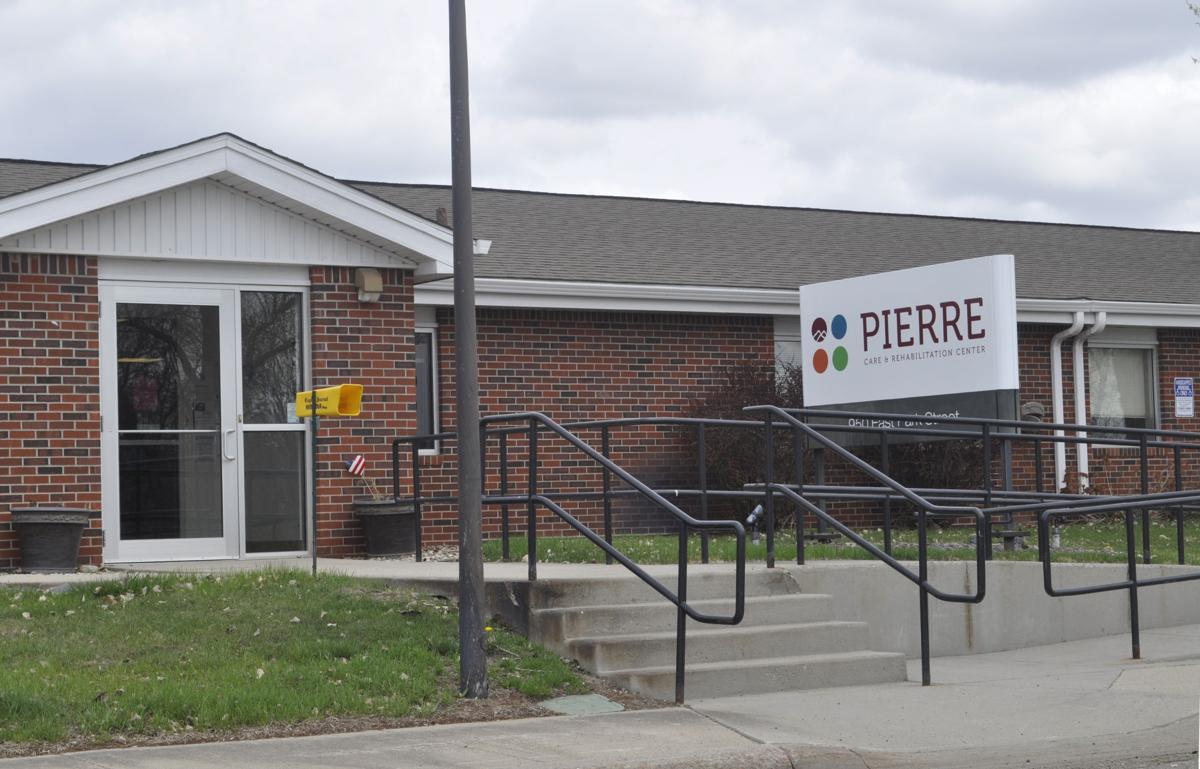 The executive director of the Pierre Care and Rehabilation Center, 950 E. Park Ave., said he could not comment Wednesday on the nursing home being taken over by a receiver appointed by a state judge.

Wanda Prince, president of Black Hills Receiver LLC, was put in charge of former Skyline-owned nursing homes in South Dakota this week, including the Pierre Health and Rehabilitation Center. She, and the facilties, were connected with Golden Living Centers until January 2017.  (Photo from Golden Living website)

The executive director of the Pierre Care and Rehabilation Center, 950 E. Park Ave., said he could not comment Wednesday on the nursing home being taken over by a receiver appointed by a state judge.

Life appeared to be going on as usual on Wednesday at the Pierre Care and Rehabilitation Center, 950 E. Park, just a block or so from the Avera St. Mary’s campus.

Noon meal time in the 72-bed, skilled-care facility had the dining room filled with residents and staff workers carrying out normal duties, including wheeling residents to and from lunch, in what had been the Golden Living Center until about a year ago.

But meanwhile, the legal and business realities of the facility had made a whirlwind change in the past two days as state officials answered a frantic plea from an executive in charge of the Pierre facility and 18 others in the state, owned by Skyline Healthcare of New Jersey.

A dire picture of the facilities was drawn by a person in charge of running them, according to court documents filed this week in state court in Pierre.

Debbie Menzenberg is vice president of operations for Black Hills Healthcare, a Skyline subsidiary that has operated Skyline’s 18 skilled nursing centers and one assisted living facility in the state.

Skyline is owned by four members of the Schwartz family with offices over a pizza parlor in Wood-Ridge, New Jersey. It’s only about 12 years old and in the past few years swelled to 110 or more nursing homes in six states. It bought the 19 Golden Living facilities in South Dakota in January 2017, part of taking over that national chain. Like it does in other states, Skyline formed Blackhills Healthcare LLC to run the 19 South Dakota centers with Menzenberg in charge.

She seemed to be panicking earlier this week, telling state officials Skyline was not paying bills and telling her to discharge residents.

According to court documents filed this week, Menzenberg emailed several people, including at the state health department, labeling the message “URGENT” and of “High” importance.

“I again have not gotten any information from Skyline!!! I just had a call from Louis Schwartz - he says STATE has to do something - there is no money - he told me to discharge residents????”

“I need water paid at Bella Vista and Prairie Hills today or it will be SHUT OFF — Skyline is SILENT!!!!”

“I need Electric paid at Prairie Hills or shut off — Skyline is SILENT!!!

The reference to “Pierre” is about the Care and Rehab Center, formerly the Golden Living Center, on Park Avenue.

On Monday, a lawsuit was filed in state court in Pierre asking the state to appoint a receiver to take over Skyline’s 19 facilities in the state, saying residents were at risk.

People in the Pierre center had just gotten the news Wednesday, it appeared.

Phil Preston, executive director of the Pierre facility, said he could not comment on the situation and referred all questions to the new receiver appointed by a judge to take over the care and rehabilitation centers.

According to the complaint argued by Pierre attorney Margo Northrup, Skyline did not pay bills for the facilities, including from vendors and employee salaries. More seriously, “there are hundreds of patients currently residing at the (nursing facilities) who receive varying levels of care and whose health and safety have been put directly at risk by Defendants’ many defaults,” according to the complaint.

On April 26, Skyline, the defendants, notified the state health department “that they no longer had sufficient funds to purchase food for the patients.”

If a receiver was not appointed to take over the operations, patients would not get the care, food, pharmacy and therapy services they need, the complaint argues.

“Unless a receiver is appointed, defendants’ mismanagement could result in closure of the facilities and relocation of the residents which would not only irreparably harm plaintiffs, but would also cause untold harm to the residents themselves. Such relocation would cause serious and irreversible harm to some or all of the individuals due to a well-known phenomenon called ‘transfer trauma.’”

On Tuesday, state Circuit Judge Patricia DeVaney ordered that Black Hills LLC be appointed receiver for the 19 facilities, given operational ownership or possession of the properties and any funds available, as well as all patient funding, such as Medicare and Medicaid payments for their care. The receiver must file financial reports with the court, DeVaney ordered.

The state health department, as an “interested party,” to the lawsuit, filed a motion requiring Skyline to turn over all assets and income to the receiver.

On April 28, the health department received the email from Debbie Menzenberg saying the residents of the 19 facilities were at risk, that not only would food and medical supplies run out but housekeeping and laundry supplies would be gone too by Wednesday, May 2. “Payroll, purchasing and insurance are all in jeopardy. Two facilities may not be able to pay basic utilities and have been threatened with water being shut off,” the health department’s motion says.

It said the department had a “long and substantial working relationship with Menzenberg and no reason not to believe the sincerity of her warning.”

Derrick Haskins, spokesman for the state health department, said Wednesday in a written statement to the Capital Journal:

“The state is supportive of the efforts of Black Hills Receiver LLC to assume operations of facilities in South Dakota currently operated by Skyline Healthcare to ensure residents of these facilities continue to receive needed services and the staff working in these facilities are supported in their efforts. Towards that end, the Department of Health filed a motion to support the receivership action ultimately granted by the court yesterday. We are committed to assist the interim and long-term operators of these nursing facilities to provide quality services to people across the state.”

On Tuesday, state Judge Patricia DeVaney appointed Black Hills Receiver LLC as the receiver. Wanda Prince, a registered nurse with 25 years of experience working in and with nursing home facilities, is president of Black Hills Receiver. She formerly worked for Golden Living Centers, based in Fort Smith, Arkansas, according to online information.

“Wanda has provided support to other South Dakota skilled nursing facilities in the past,” according to the Black Hills Receiver news release. “She is gathering a team of experienced leaders to assist with the receiver’s efforts.”

About 12 years ago, Skyline, owned by the Schwartz family headed by Joseph Schwartz, with offices over a pizza parlor in New Jersey, began buying up dozens of nursing home operations in several states, according to an April 16 article in the Kansas City Star.

Skyline bought the 19 Golden Living Centers in South Dakota last year. That same month, Blackhills Healthcare was formed to run the South Dakota centers, making Skyline the “indirect” owner. It was part of Skyline taking over the Golden Living national chain, according to news reports.

Skyline’s practice was to form new LLCs to run groups of nursing homes in different states and didn’t seem prepared to care for the thousands of patients.

According to an April 16 story in the Kansas City Star, a former nursing home director there wasn’t surprised that Kansas state officials took over 15 Skyline nursing homes in March, like South Dakota officials did this week.

Katie Hizey ran one of the Kansas nursing homes when Skyline took it over in November 2016. Soon, vendors were not being paid and employees’ paychecks would bounce or be delayed.

“This is not a new issue for the company,” she told the Star in April. “And when vendors didn’t get paid, we didn’t get the things we ordered.”

William Murray III, a Florida attorney who sued Skyline for negligence, said the family-owned company used numerous LLC names as “gimmicks” to cover over that Skyline doesn’t have the resources or experience to run such health care facilities.

“It’s a group of good ol’ boys from the East Coast buying up a whole bunch of nursing homes in the Midwest because we’re the cheaper ones,” Carol Tsiames told the Star.

She was administrator of a nursing home in Edwardsville, Kansas,and left about eight months after Skyline took over. “They abuse the system. Encourage you to sue local vendors, and then they don’t pay . . . It puts an administrator in a bad position.”

The Schwartz family agreed to the plan to have South Dakota officials appoint a receiver to take over the 19 facilities. For the Pierre center, and the others in South Dakota, Judge DeVaney ordered Wanda Prince to file within 30 days a financial report that will include “at minimum, cash flow statement and income statement.”