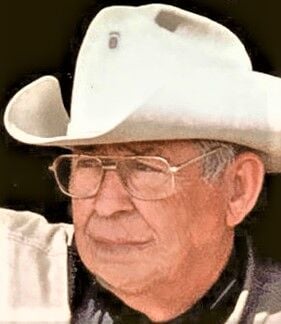 “It’s been a good life,” said Donald Husted in a recent magazine article. “But I do miss being a cowboy,” he added. The former rancher, soldier, electrical contractor, airplane pilot, power company manager, artist, hunter, wagon teamster, wild horse enthusiast and cowboy passed away May 4, 2021, at the age of 90.

Don was born on March 20, 1931, in Plymouth County, Iowa, to Ben Husted and Doris (La Furge) Husted. One of four children, including sisters, Wilma and Dorothy; and brother, Roger; the family moved from Iowa and settled on a ranch south of Harrold, SD. Don attended country school and remembered reading the works of Jack London, Zane Gray, Will James and Erskine Caldwell before the fourth grade.

Don worked on the family ranch until the Korean War. He was drafted and served in the U.S. Army and trained with the 10th Mountain Division at Camp Carson, CO. After the war Don met and married Jane Jonas in 1955 and they had 5 children, Dan; Jim; Tom; Cheryl and John. Don owned an electrical contracting business in Miller, SD, through 1970 and then entered the rural electric industry where he retired as the general manager of Southwest Public Power District in Nebraska in 1989. After retirement he purchased a ranch on the Sydney Park Road south of Custer where he was able to return to his passion for training and working with horses and mules. When “Dances with Wolves” came out, Don and family launched Dakota Badlands Outfitters and took tourists from all over the world on trips into the Badlands, Custer State Park and the Husted Ranch.

Family and friends were very important to Don, he enjoyed having his children and grandchildren involved in his activities, spending time with his 8 grandchildren and he was so thankful for the great relationships he had with his many nieces and nephews living in South Dakota.

In lieu of flowers a memorial has been designated to the Custer Senior Center and/or St. Labre Indian School, Ashland, MT, 59004 www.stlabre.org

Visitation will be held 5:00 p.m. until 7:00 p.m., Thursday, May 20, 2021, at Chamberlain McColley’s Funeral Home in Custer, SD. Committal services will be held 2:00 p.m., Saturday, May 22, 2021, at Medicine Hill Cemetery in Harrold, SD, with full military honors presented. Directions to Medicine Hill Cemetery — From Hwy 14 in Harrold go one mile So on 321st Avenue and you will arrive at the Cemetery on 198th Street.

Arrangements have been placed in the care of Chamberlain McColley’s Funeral Home in Custer, SD.