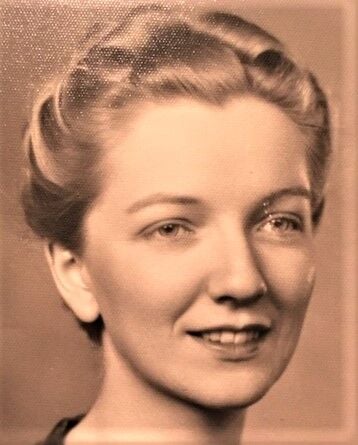 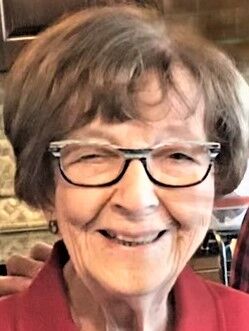 She grew up in Highmore, SD, and graduated from Huron College in 1940 with a Bachelor of Music degree. Jeannette met Melvin Beemer of Lake Andes during their freshman year at Huron College. After graduation, she taught music and English in Pierpont and Parkston while he taught math in Cresbard. In 1942, knowing that Mel would be called to serve in the Army Air Force as soon as school was out, they hurried their plans and were married in Highmore during Easter Break. They were blessed with six children over a 20-year span.

The war years were spent in Chicago, where Mel was a meteorology instructor for the Army Air Force, and Jeannette worked for the Navy Radio Training School.

Following WWII, they lived in Lake Andes where they opened Beemer Clothing, a successful store that catered to workers building the Fort Randall Dam. In 1957, they purchased the Derby Cafe in Chamberlain, SD. In 1967, Mel had the opportunity to join the SD Department of Vocational Education and the family moved to Pierre. At this point, Jeannette returned to teaching music in all of Pierre’s elementary schools, and later served as Director of the Music Program for the Pierre Public Schools until her retirement. Jeannette knew that she wanted to be a music teacher when she was in the 5th grade.

Jeannette and Mel adored each other and their lives together and loved their many travels. After Mel’s death in 1991, Jeannette lived as a widow for 30 years. She continued to travel regularly throughout the US and abroad well into her 90s.

Jeannette was very active in her community, including Pierre’s Congregational United Church of Christ, where she directed the choir for 30 years; PEO, where she served as chapter officer; Capital City Children’s Choir, which she co-founded; Pierre Concert Series; volunteering at the Cultural Heritage Center and State Archives; and participating in community theatre as music director for several shows. She played bridge with her friends every week and attended every concert and play she could. In 2015, Jeannette was honored with the Governor’s Award for Outstanding Support of the Arts by Gov. Dennis Daugaard.

She was preceded in death by her husband, Mel; her parents, Grace and Bert Noel; and her sisters, Alice, Josephine, and Marnie.

A Memorial Celebration of Jeannette’s life will take place in June. In lieu of flowers, a memorial has been established in her name. Condolences may be conveyed to the family at www.feigumfh.com.