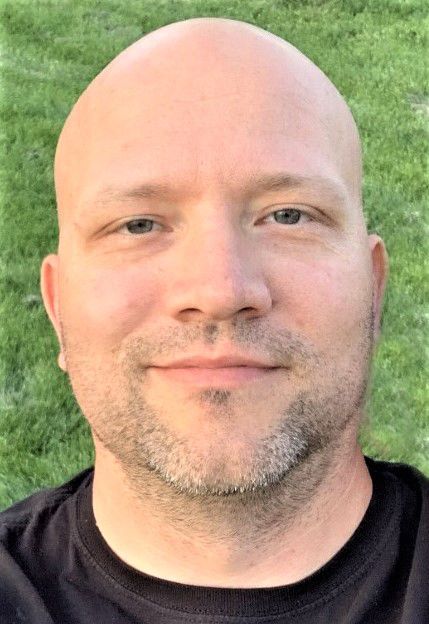 Visitation will be held from 3:30pm to 6:30pm on Wednesday, July 15, 2020, at Isburg funeral Chapel. Due to Covid-19 concerns there will be a limit on the number of people in the chapel at all times and masks will be required. Funeral service will be held at 10:00am on Thursday, July 16, 2020, at the Steamboat Park Amphitheater in Pierre. Seating will not be provided for the public but all are invited to bring their own chairs. For those who cannot attend, the funeral service will be live-streamed at www.isburgfuneralchapels.com on Lee’s obituary page. In lieu of flowers, a memorial has been established. Donations can be made at any Bankwest location to the Lee Weber Memorial Account.

Lee Russell Weber was born on April 13, 1983, in Mitchell, SD, to Russell Weber and Linda Adema. He grew up in Black Hawk, SD, and Pierre, SD. He graduated from T.F. Riggs High School in Pierre, SD.

At the time of his death, Lee was Chief Deputy of the Hughes County Sheriff’s Department where he had served since 2015. He was active in the Army National Guard and was a member of the volunteer S.W.A.T. team. He enjoyed hunting and fishing, watching football and spending time with his family.

Lee is survived by his wife Wendy Weber and his children, LaToya, Magnus, Amadeo, Lexinn, Emalee and Samuel all of Pierre; his mother Linda Binstock and step-dad Todd Binstock of Pierre and his father Russell Weber of Dimock, SD; two brothers, Cory Weber (Erin) and their three children Conner, Kaden and Hunter all of Harrisburg, SD, and Nathan Binstock and daughter Miley of Pierre; two sisters, Lindsey Binstock (Justin Evans) and son Tayson of Pierre and Kersi Binstock (McKenzie Vosberg) and daughters Payton Magorien and Rylie Vosberg all of Rapid City, SD; grandparents Jim Adema and Deanna Weber; and numerous aunts, uncles and cousins. He was preceded in death by his grandmother Clarice Adema; and grandfather Alvin Weber.