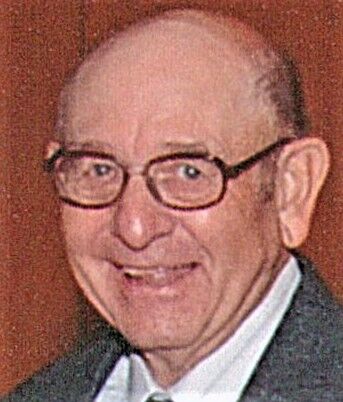 Private family services will be held.

Jim grew up on the family farm in the Lake Andes area. He was the youngest in a family of 11 children. Always competitive and a talented athlete he participated in high school athletics and won a scholarship to play college basketball. Instead, he entered the workforce right after high school, beginning his career as a heavy equipment operator. He was very proud of the many buildings and dams he helped create, including the dam at Pickstown and the Oahe Dam near Pierre.

While working in Pierre he met and married Janice Markwed. To this union two sons were born, Scott and Timothy.

He was drafted into the army where he served his country in Germany. Following the service his career took him to Grand Forks, ND, and Eveleth, MN.

After Janice passed away he moved his young family back to western South Dakota to live with her family. Jim continued to work as a crane operator using his skills to create the junior high school in Pierre.

He met and married Alice Jo Schink a few years later. She and her daughters, Deb and Robin, became part of the family. The family moved to Dell Rapids and resided there for the next 40 years.

In his retirement Jim enjoyed working in the yard with his dog by his side, following his grandchildren’s activities, and traveling. He was an avid basketball fan, enjoyed popcorn and loved kids of all ages.

He passed away leaving a family who loved him and will miss his funny, dry sense of humor.

To plant a tree in memory of Walter Jones as a living tribute, please visit Tribute Store.