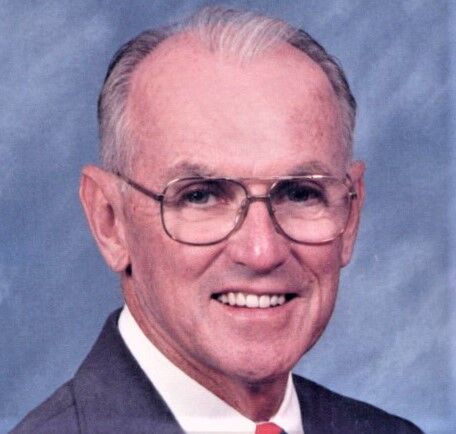 Wayne Wheeler, 87, of Pierre, died Monday, March 8, 2021, at Avera St. Mary’s Hospital. A funeral service will take place at 10:00am on Monday, March 15, at Isburg Funeral Chapel in Pierre, with a viewing for one hour prior. Interment will be the same day at 2:00pm at Black Hills National Cemetery near Sturgis, SD, with full military honors. For those unable to attend, the funeral will be available for viewing at www.isburgfuneralchapels.com at the top of Wayne’s obituary.

Wayne Wheeler was born on May 27, 1933, in Parker, SD, to Verne and Gertrude (Butterfield) Wheeler. In August of that year the family moved to Benton County, Arkansas, where he grew up and attended school. While in high school he took flying lessons and received his private license.

He earned his Commercial pilot’s license and Aircraft and Engine Mechanic’s license on the GI Bill. He worked both as a mechanic and charter pilot for several years before being hired by the Civil Aeronautics Authority, later changed to Federal Aviation Agency. Wayne transferred to Pierre in January of 1971 to assume the duties of Chief, Environmental Support Staff.

Wayne married Dee Ackerman in Sioux Falls on June 5, 1976. They made their home in Pierre.

He had been a Square Dancer since 1955 and in the summer of 1971, he began calling square dances as a sideline.

The FAA moved their headquarters out of state in 1983 and Wayne elected not to move and took early retirement in July of that year. He began devoting his full attention to Square Dance Calling. He called in ten surrounding states frequently. He also called for dancers in Hawaii, Mexico, the Caribbean, and five countries in Europe.

He acquired a real estate license and later a life insurance license. In 1987 Wayne began his association with Hofmeister Funeral Chapels, but still called square dances on a regular basis. He was a member of Callerlab, the International Association of Square Dance Callers; past president of the East River Callers Association; past Vice-president, President, and board Chairman of the South Dakota Square, Folk and Round Dance Association. Wayne and his wife Dee taught Round Dancing locally and at state Festivals.

He was a life member of the VFW, and a member of Lutheran Memorial Church.

Wayne was preceded in death by his parents, son-in-law Mark Neuberger and brother Gail Wheeler.

To plant a tree in memory of Wayne Wheeler as a living tribute, please visit Tribute Store.