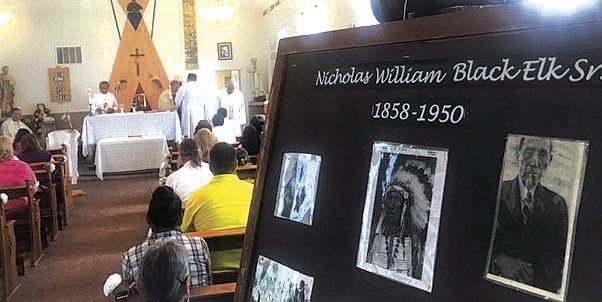 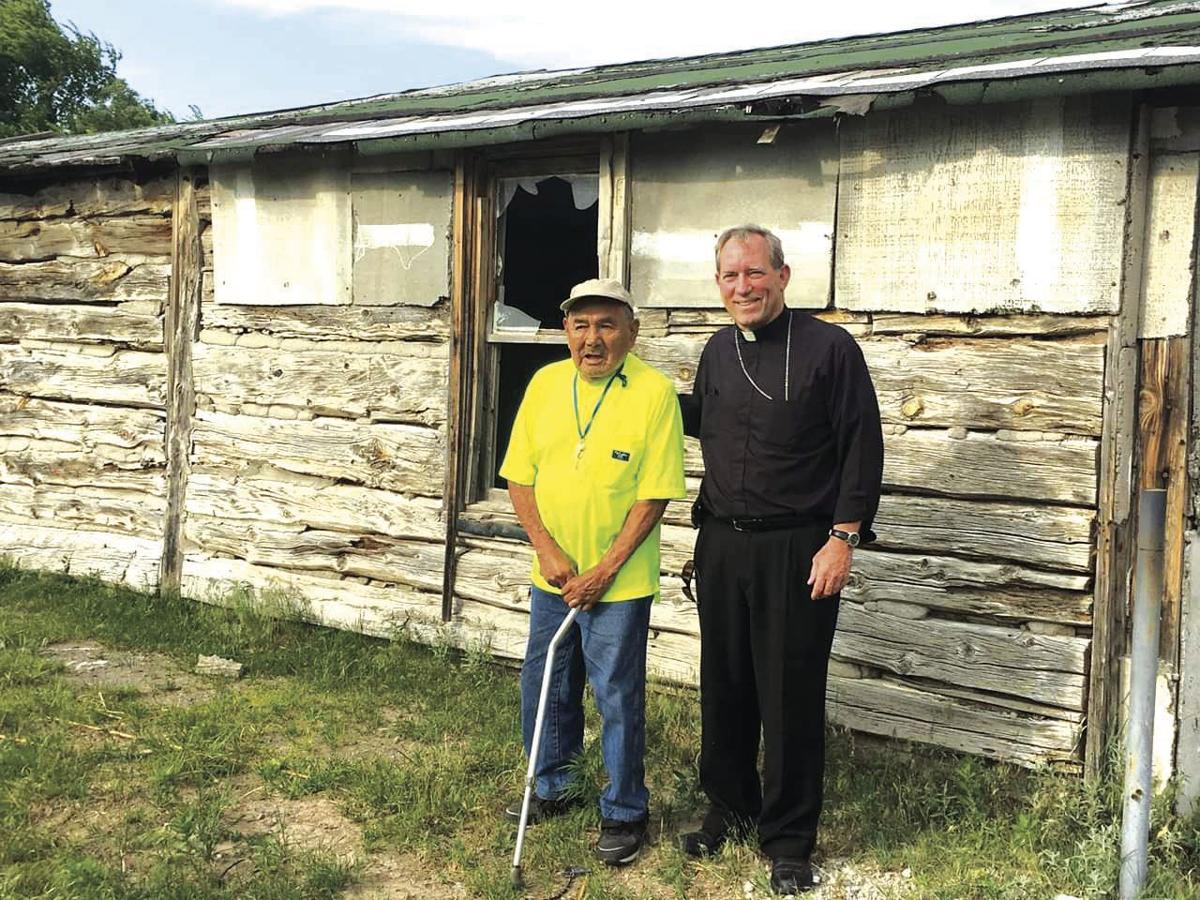 The Catholic diocese of Rapid City is promoting the cause of canonization of Nicholas Black Elk.

I attended a prayerful gathering in Manderson, at St. Agnes Church, where he prayed, and the cemetery, where he was buried, on June 25. God knows how each saintly person reflects the love of Jesus.

Canonization is a human process, to clarify the public trustworthiness of one’s example and teaching, to imitate a saint as she or he imitates Christ. (1 Cor 11:1)

We have published a prayer which begins, “Heavenly Father, Great Spirit! Behold us, who stand before you singing our song of thanksgiving for Servant of God, Nicholas Black Elk. Faithfully he walked the Sacred Red RoaD and generously witnessed the Good New of our Lord Jesus Christ to the Native American people.

Ken Stewart, of the South Dakota Cultural Heritage Center writes that Nicholas Black Elk (1866-1950) and the process of canonization promises to be a unique spiritual journey for the people of South Dakota. And in that process, there are opportunities for native and non-native peoples to form an alliance in support of Nicolas Black Elk.

Black Elk was brought to the attention of all South Dakotans thru the efforts of Nebraska poet and scholar John Neihardt in 1935. With his book, “Black Elk Speaks,” Neihardt first advanced Black Elk’s visionary and holy qualities. Scholars from everywhere, but particularly those from Catholic Universities visited the SD State Historical Society/Archives, over the years, in search of letters, books, and manuscripts referring to Black Elk.

No stone was left unturned, as efforts by myself didn’t locate any new material in the last year.

Even though the historical period of the process is officially closed, I plan to devote additional time, especially after retirement, in hopes of finding some overlooked tidbit of historical information.

Bill White, of Rockyford, the Diocesan Vice-Postulator of the Cause notes that people are praying to Nicholas. He just shows people that you can walk in both cultures. You can pray with the pipe and pray with the rosary equally. There is a Facebook page for news: Black Elk Canonization.

Myron Pourier, of Porcupine says this: “My great great grandfather had a vision as a nine-year-old man. The significance of his vision, to me, is to live in a time when there is no hatred, no racism , no war, no armies. We humans can live together in peace and harmony. (SDPB channel of Youtube for “Dakota Life: Black Elk Speaks”)

Servant of God Nicholas Black Elk, in his own words, said this: “We have been told...that God sent to men his son, who would restore order and peace upon the earth; and we have been told that Jesus the Christ was crucified, but that he shall come again at the Last Judgment....This I understand and know that it is true.” [From “The Sacred Pipe: Black Elk’s Account of the Seven Rites of the Oglala Sioux” by Joseph Brown]

Submit a Letter to Editor