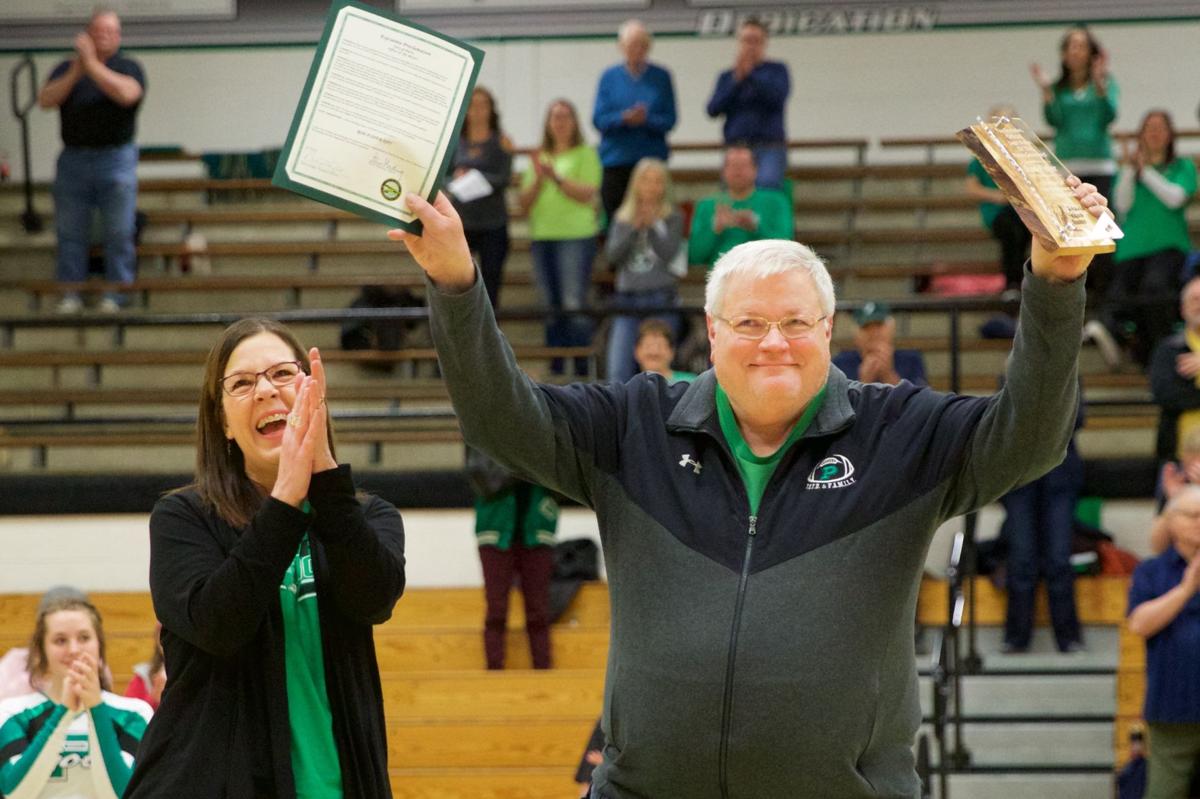 Dakota Radio Group sports director Rod Fisher is acknowledged for his years of service at Riggs Gymnasium Feb. 8 in Pierre. 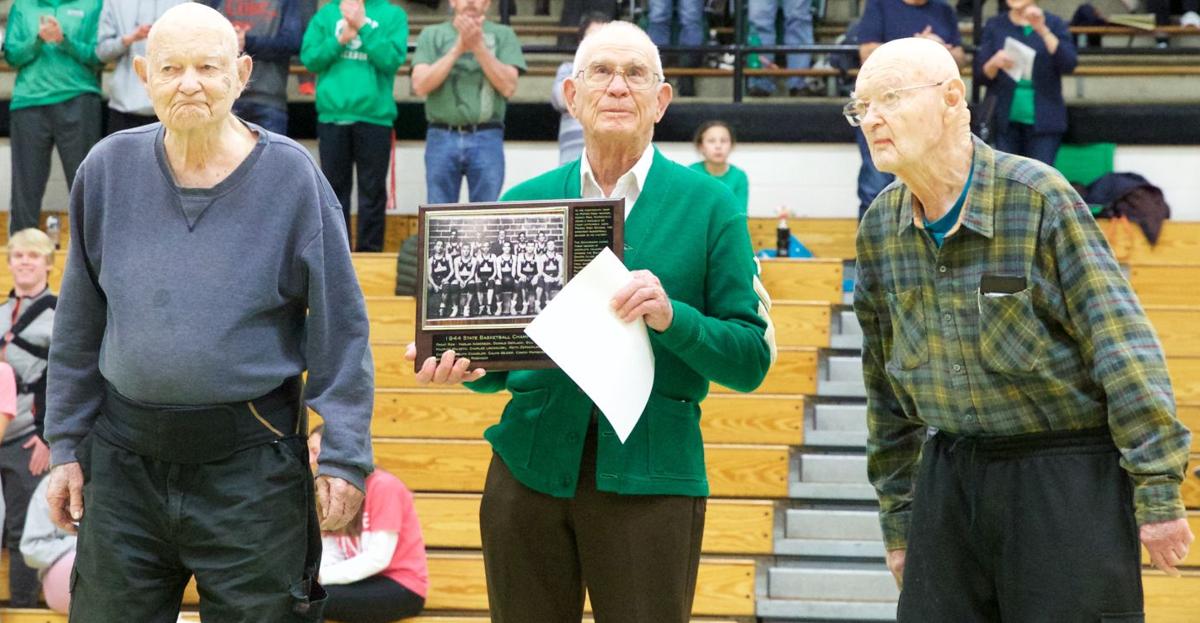 Members of the 1944 Governors boys basketball team are acknowledged for their accomplishments at Riggs Gymnasium Feb. 8 in Pierre.

The 1974 Governors wrestling team is acknowledged for their accomplishments at Riggs Gymnasium Feb. 8 in Pierre.

The 1979 Governors basketball team is acknowledged for their accomplishments at Riggs Gymnasium Feb. 8 in Pierre.

Dakota Radio Group sports director Rod Fisher is acknowledged for his years of service at Riggs Gymnasium Feb. 8 in Pierre.

Members of the 1944 Governors boys basketball team are acknowledged for their accomplishments at Riggs Gymnasium Feb. 8 in Pierre.

The 1974 Governors wrestling team is acknowledged for their accomplishments at Riggs Gymnasium Feb. 8 in Pierre.

The 1979 Governors basketball team is acknowledged for their accomplishments at Riggs Gymnasium Feb. 8 in Pierre.

The Pierre Athletics Hall of Fame inducted three teams into their Team Hall of Fame during halftime of the boys varsity basketball game at Riggs Gymnasium in Pierre between the Pierre T.F. Riggs Governors and Brandon Valley Lynx. Those teams are the 1944 boys basketball team, 1974 wrestling team, and 1979 boys basketball team. They also honored Dakota Radio Group sports director Rod Fisher before the game.

Rod Fisher has spent 44 years broadcasting sports, 41 of which have been in the Pierre area. Fisher was named South Dakota Sportscaster of the Year in 2005 and 2013. He was inducted into the Pierre Athletics Hall of Fame in 2013, and was honored by the South Dakota High School Activities Association in 2013. Fisher will retire in May. Pierre Mayor Steve Harding declared that Saturday, Feb. 8, was Rod Fisher Day in Pierre.

The Governors ended their season in complete triumph by winning the South Dakota Class A Championship in the final game of the State Tournament in Sioux Falls. The Govs won 20 games and lost only three, compiling a total of 899 points to 592 for the opponents. The three losses for the Govs were all at the hands of the Huron Tigers, who were the team the Govs beat in the State Tournament final.

Besides the state title, the Govs won the Central SD Conference title for the second straight year, and were co-champions of the Central Section with Huron.

During their first year coaching the team, Dean Johnson and Larry Lundeen experienced a most rewarding season, winning the State A Championship.

Coach Johnson and the Govs showed pre-tourney forecasters not to rely on statistics. When the Governors came from Regionals with only seven men advancing to the State Tournament, the experts said the Govs had a slim chance. With many schools sending 10 men, and Rapid City Stevens a phenomenal 12, first place did look like a pipe dream. It was an exciting victory for the “Super Seven,” who worked their way to the State Tournament and brought home first-place.

Capturing the State A wrestling title with 64.5 points, the Govs victory was credited to a team effort. Mike Stroup was crowned the 119 pound champ, and teammates Dave Riis (98 pounds), Kirk Simet (132 pounds), and Steve Simet (155 pounds) all took second place honors. Larry Steffan finished fifth at 138 pounds. Although Carl Mathews failed to place, he contributed vital points with two wins. Mike Bryan was defeated in first round action, but was a valuable asset to team morale.

Led by South Dakota Coaches Association Coach of the Year Roger Pries, the Governors shared the Eastern South Dakota crown with Aberdeen, as each team compiled a 10-4 ESD record.

With the ESD crown under their belts, the Govs advanced into sectionals play, where they scored convincing victories over Miller and Winner to move on to the State Tournament in Sioux Falls. With victories over Canton, Huron, and Rapid City Central, the Govs became the State Class A champions.

The 1979 Govs had a few down games in a championship run to the state title. Led by a dominant center in Joe Ashley, and a very good all-purpose player in Tom Burchill, the Govs finished on a 10-0 run. The Govs had two guards in Tim Flannery and Bob Stalley who could handle presses, feed the ball inside, and shoot well enough to keep the defense from packing in on Ashley. The big guys up front, Todd Scheutzle, Bob Tinker, and several juniors, were able to rebound and play defense well. This all led to a State Championship for the Govs.