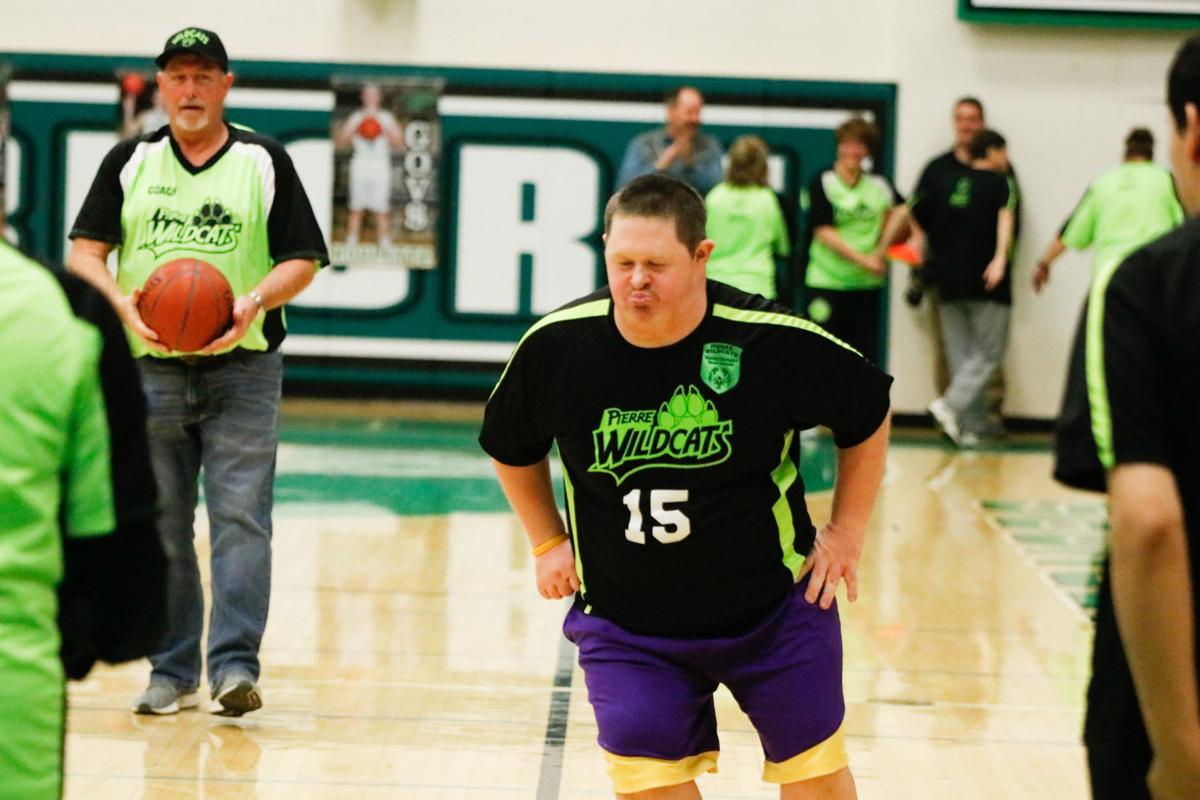 Levi Schmidt of the Pierre Wildcats dances after hitting a three point shot at halftime of the Pierre/Huron boys varsity basketball game. 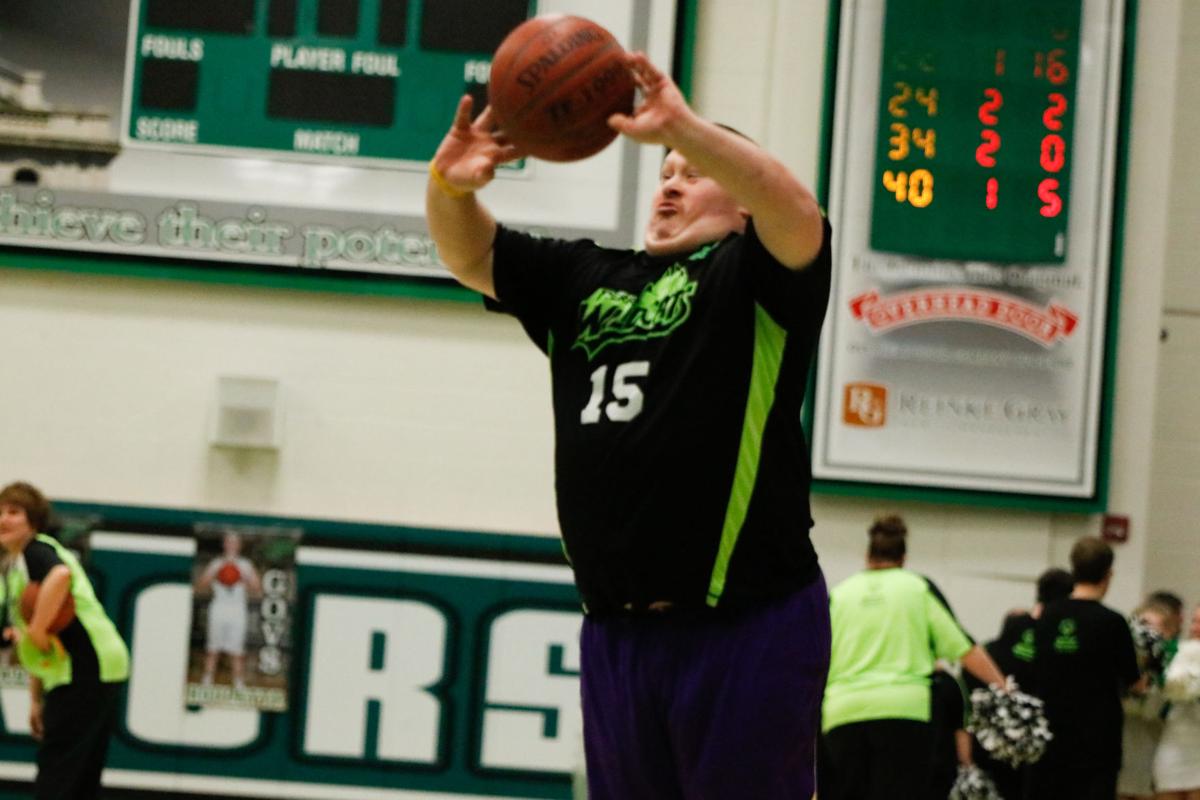 Levi Schmidt of the Pierre Wildcats dances after hitting a three point shot at halftime of the Pierre/Huron boys varsity basketball game.

On Tuesday night, something magical happened in Riggs Gymnasium. It was so innocent, and so pure that days later it brings a smile to my face.

It was halftime of the boys varsity game between the Pierre T.F. Riggs Governors and Huron Tigers. The Pierre Wildcats basketball team and cheerleading team walked onto the hardwood court shortly after an airplane toss. For those unaware, the Pierre Wildcats are a Special Olympics organization that does a variety of things, including basketball, cheerleading, volleyball and bowling.

The Wildcats performed a variety of shots, including layups and shots from the free throw line. One athlete in particular caught the attention of the fans in the stands: his name is Levi Schmidt. After a few of his shots, Schmidt would dance and bow to the crowd. His performance even caught the eye of Dakota Radio Group announcer Rod Fischer, who couldn’t help but crack a smile while delivering his halftime report.

The Tigers came out of their locker room, and were ready to warm up for the second half. That was the cue for the Wildcats to start wrapping things up. Wildcats coach Randy Pool told Schmidt to send the crowd home with something they’d remember. Schmidt took the ball at the top of the key, stepped back for a three point attempt...and missed.

Not one to ever give up, Schmidt got the ball back. He dribbled over to the left elbow, and shot again. The ball sailed through the air, hit off the square in the middle of the backboard...and went in.

The crowd went absolutely wild. The fans in the stands, the Tigers team, the officials who were on the court...everybody cheered on Levi. The roar was so loud that the Govs basketball team, who was in their locker room at the time, could hear it. Schmidt danced and celebrated with his teammates and coaches, exhibiting a joy that was absolutely infectious.

I’ve known Schmidt for nearly my entire life. We went to school together in Presho. He’d always give me a hug whenever I saw him. We’d play basketball together, talk about our love of the Minnesota Vikings...really anything to pass the time.

After Tuesday’s game, I caught up to Schmidt before he left to go home. Like he’s done thousands of times before, Schmidt gave me a hug. He told me he loved me, and he thanked me for teaching him how to make that shot.

It about brought a tear to my eye. In a gym that I’ve seen athletes like Bradley Dean, Peyton Zabel, Erika Stout, Spencer Sarringar, Emily Mikkelsen and Mikah Moser have performances that were out of this world, whether they be on the basketball/volleyball court, wrestling mat or gymnastics arena, that performance by Levi Schmidt makes me smile a little differently. It made me proud to know him, and to be called his friend. On this Valentine’s Day weekend, I’m comfortable in saying he’s one of the people I love.

Levi Schmidt and the Pierre Wildcats aren’t done wowing the crowd quite yet, either. The South Dakota Special Olympics State Basketball Tournament will be held at various gyms in Pierre, including Riggs Gymnasium on March 14-15. Competition will be held in Team Basketball, Unified Team Basketball, Individual Basketball Skills and Cheerleading Competition. If you would like to volunteer, contact Chad VanderPoel at 605-331-4117, or at cvanderpoel@sosd.org.